[Review] Tigers Are Not Afraid Will Haunt You. 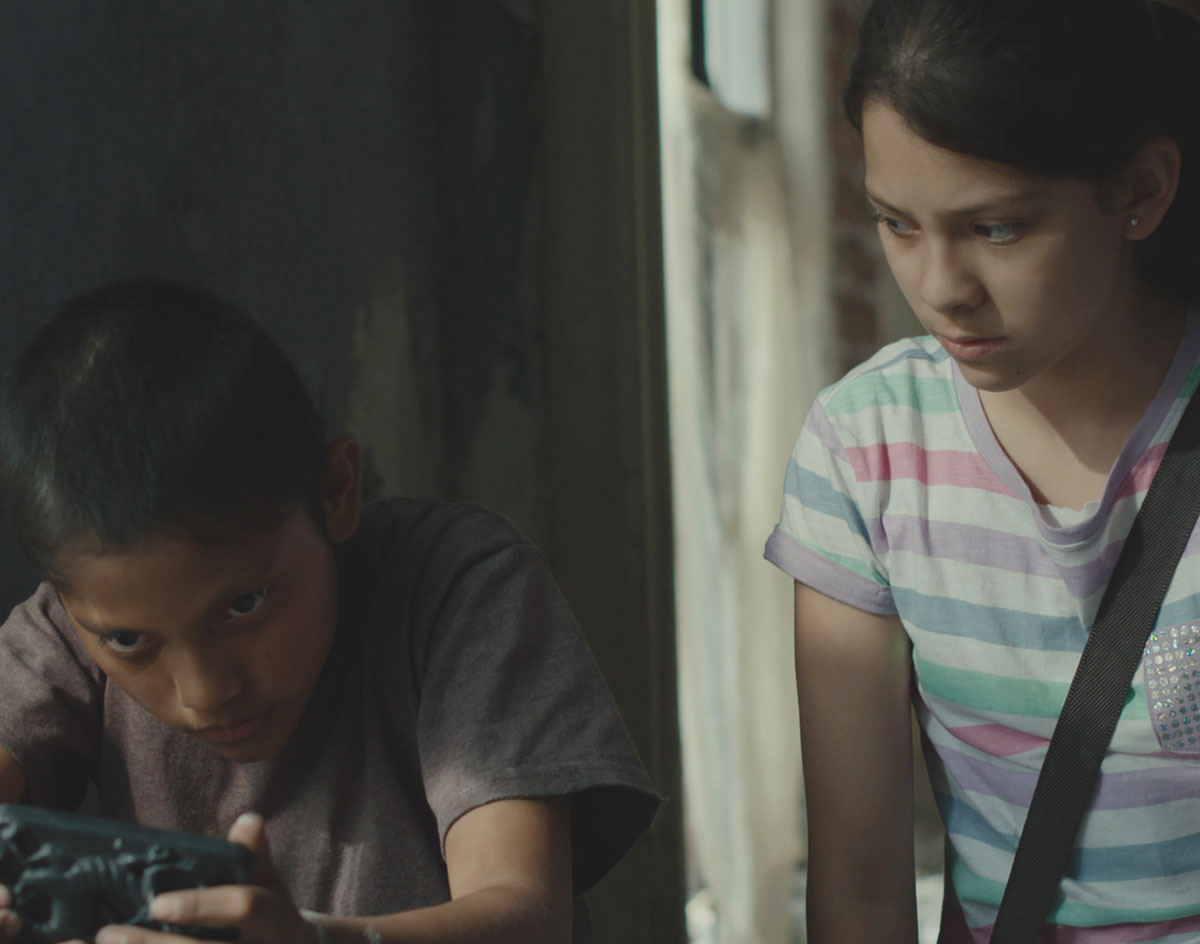 The Mexican Horror Fairy Tale Is A Chilling Look At The Ways In Which Drug Cartels Shape The Worlds Of Those Who Suffer From Their Reigns Of Terror.

Whether it’s the original and quite Brothers Grimm tales, the sanitized versions of those same tales that became popularized in their wake or even the worldwide prominence of localized folklore, fairy tales are a cultural constant in the human experience.

It makes sense: These stories help us process complex situations and emotions by distilling them into easily digestible concepts — things like knights squaring off against dragons, or children overcoming the evil witches who tinker along with the fringes of their communities.

Tigers Are Not Afraid follows this same model, filtering Mexico’s bloody drug war through the lens of dark and tragic fairy tale elements.

The film opens by introducing audiences to its lead, Estrella (Paola Lara), who has been assigned in school to write her own fairy tale — right before gun shots are heard overhead. To keep her student calm, Estrella’s teacher then offers her three small pieces of chalk, which see says will grant her wishes. Thus begins our spooky and melancholy journey, which is full of magical realism.

Here, though, the monsters are quite real, existing in the form of a brutal drug cartel called the Huascas that not only shoots people in front of schools, but kidnaps random citizens to maintain their reign of terror.

For Estrella, that reign is all-encompassing. After not only experiencing the aforementioned shooting at her school and seeing a dead body shortly thereafter, our heroine then comes back to an empty home to discover that her mother has gone missing.

Eventually, she links up with a gang of homeless kids. There’s Shine ( Juan Ramón López), Tusci (Hanssel Casillas), Pops (Rodrigo Cortes) and the adorable Morro (Nery Arredondo), who have each similarly lost their families to the Huascas, and have since been forced to scrape by stealing and making their own way through life. Morro in particular is so scarred by what’s happened to him, he can’t speak (or chooses not to). Meanwhile, Shine has a giant burn scar on the side of his face. When Shine steals the phone and gun of a Huascas leader named Caco, it sets off a chain of events that leads to Estrella joining these group on the run from the Huascas.

The resulting story presented by writer-director Issa López, who has focused far more on comedy prior to this change of pace, is a confident horror hybrid that will surely draw lazy comparisons to the work fellow Mexican director Guillermo Del Toro. To be fair, the movie does have a few things in common with the Del Toro’s Pan’s Labyrinth: It features kids, there’s a constant pull and push between fantasy and reality in a very ambiguous way, and there’s a magical quest set against the backdrop of horrible real-life atrocities.

But López gives her dreamy quality not just though the spooky goings-on, but through a loose, hand-held camera style. She shoots the dilapidated homes and streets of this unnamed Mexican city in a way that gives even its graffiti and trash an other-worldly quality that accentuates the fairy tale vibe.

Throughout the film, the street art comes alive and reflects the emotions of the kids. We’re left to wonder if there are or not spirits following Estrella. While it’s clear that gangsters and politicians are the real bad guys here, they also are heightened into boogie men thanks to the upcoming election taking place in the background of the greater story.

A story of this depth is a tale order for any cast to pull off, but the main kids in Tigers Are Not Afraid feel so real and broken by life. They boast and talk smack around older kids. They steal. They use guns. But their humanity and love for each too comes out in their precious few moments of happiness. They might have witnessed their relatives being killed or kidnapped — but at the end of the day, they’re still kids, and this cast more than capably exudes this delicate sentiment.

No, Tigers Are Not Afraid is not a happy movie. Everything that happens in it bears such a tinge of tragedy, it seeps into one’s bones after seeing it. It’s not even that the horror aspect of the movie is particularly spooky — it’s mostly tragic. But if the recent Spooky Stories to Tell in the Dark film is a movie about the harmful side of storytelling, then Tigers Are Not Afraid is about the ways that stories can help us deal with life’s tribulations – especially in extreme situations.

It is a remarkable accomplishment, and it will stay with you long after your viewing.