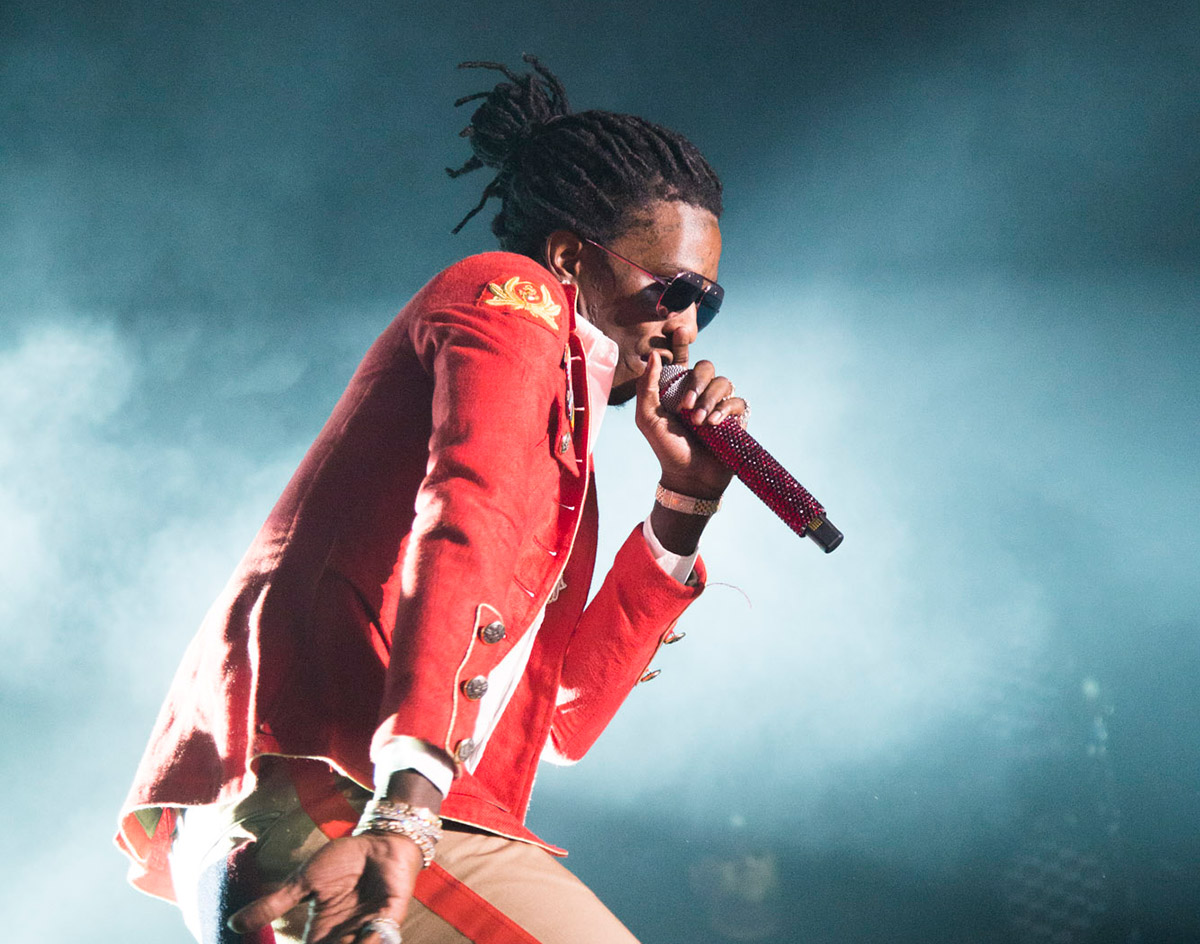 Keep It In The Family With Young Thug, Save Your Soul At ¡Eso Es! And Ride The Highway That Is Life With Rascal Flatts. Plus More!

On Thursday, longtime host of Jeopardy!, Alex Trebek, announced he is officially done with chemotherapy treatments after announcing his battle with stage four pancreatic cancer earlier this year.

The iconic game show host broke the news via a video posted to the show’s twitter account saying, “I’m on the mend.”

Alex is back in action! Join him on September 9 for the premiere of Season 36. pic.twitter.com/Vdv9t9vxDE

It’s almost like with the mess that is earth right now, — between the Amazon being on fire and earthquake in Orgeon — the universe knew we needed a friendly face to welcome back to our television screens for a little bit of relief.

What is, “Here’s a list of of more things to give you even more relief this holiday weekend?” — Alec Spicer

Eso Es! at Canton Hall
This festival is full of Latinx artists and we’re already stanning. Neon Indian, Empress Of, Luna Luna and others are slated to perform. — Garrett Gravley

Dance Yourself Clean at Trees
This is an indie-pop dance party that occasionally makes its way through our neck of the woods. If dancing to M83, Sylvan Esso and Toro y Moi sounds like your speed, then hey, give this a shot. — GG

Spin Doctors at Billy Bob’s (Fort Worth)
This New York Rock band has been around since the late ’80s so Billy Bob’s seems like an off-brand venue. We’ll take it, though. — JH

Cure for Paranoia at Gas Monkey Live!
One of our favorite local hip-hop acts — and acts just in general, now that we think about it — is playing Gas Monkey. You love to see it. — AS

Rascal Flatts at Dos Equis Pavilion
We can’t even front, Rascall Flatts made several points with its cover of “Life is a Highway” for the soundtrack of Disney’s Cars. — AS

Riverfront Jazz Festival
As we recently mentioned with a meme asking Dallas music fans where they were sitting in a cafeteria of tables full of local musicians, Erykah Badu is the teacher. So naturally, she’s headlining this fest at the Black Academy of Arts & Letters. — AS

The Nude Party at Three Links
This isn’t what it sounds like. Please wear clothes. — AS

Sugarhill Gang at Gas Monkey Live!
The ones who started it all. These raps legends are celebrating 40 years in the game. Grandmaster Melle Mel & Scorpio The Furious Five open, making for an iconic lineup. — AS

Showtek at Stereo Live Dallas
Probably best known for their 2014 David Guetta-featured single “Bad,” these guys are paying us a visit all the way from the Netherlands. — JH

The Dirty River Boys at Blue Light Dallas
We’re assuming this Americana band’s name comes from the Trinity River. Has to. — AS

Invasion Car Show at Trees
For the 12th year in a row, Deep Ellum will be invaded with traditional hotrods and cars from 1964 and beyond. — SSV

Young Thug at Bomb Factory
Young Thug is headlining. Joining Thugger for the first lineup announcement is emo rapper Trippie Redd, Alamo records signee Smokepurpp, California producer Alec Beretz and a Detroit rapper not to be confused with the “All My Children” actor of the same name, Darnell Williams. — GG

Texas International Pop Fest at Lake Park Golf Course (Lewisville)
Where do we even start? This legendary festival held just two weeks after Woodstock is celebrating turning 50 (!!) with a stacked lineup of ZZ Top, Chicago and Denton’s own Sarah Jaffe. — AS

Los lonely Boys at Billy Bob’s Texas (Fort Worth)
Does simply reading this band’s name get “Heaven” stuck in anyone else’s name? No? — AS

The Molly Ringwalds at House of Blues
Ok, tribute bands are normally easy targets around here, but this is one of the few you shouldn’t roll your eyes at. — JH

Molotov at Canton Hall
Molotov is a Mexican band that fuses rock, rap, cumbia and funk. There’s something for literally everyone with this one. — AS

Bedford Blues BBQ Festival
Some things were just meant to go together. This is a perfect example. Also good luck trying to convince us BBQ wasn’t made specifically for Labor Day weekend. — JH

Desperado at Granada Theater
This isn’t that Dee Snider Band. It’s an Eagles cover band. So better. — AS

DJ Pauly D at Stereo Live
10 years later, this guy has managed to be the most relevant Jersey Shore cast member. So, there’s that. — AS

Nonstarter EP Release at Three Links
We featured the title track from Nonstarter’s debut EP Seasoned Stuntman as our song of the day last month. We don’t need to say anything more. — AS

Backstreet Boys at American Airlines Center
Backstreet’s back (again). Do you even need a witty punch line to convince you to go? — JH

Deadbeats at Bomb Factory
The Zeds Dead-curated tour offering returns to The Bomb Factory on the first Lord’s Day of September. Last year’s special guests included DNMO, Ducky, Buku, Zomboy and GG Magree. This year’s heavy hitters are to be announced — as is the on-sale date — but the tour’s definitely coming on this date, and it promises a just-as-exciting assortment of acts this time around. — GG

Why? at Trees
The Yoni Wolf-fronted alternative hip-hop outfit hasn’t released an album since 2017, so it’s possible they’re touring to celebrate the 10-year anniversary of their third full-length album, Eskimo Snow. (They did this exact thing last year for their second album, Alopecia.) — GG

Hovvdy + Lomelda at Andy’s Bar (Denton)
Hovvdy and Lomelda are both from Texas, they’re both signed on Double Double Whammy and they’re both embarking on a co-headline tour. The symmetry is perfect. — GG

Texas International Pop Fest at Lake Park Golf Course Day 2 (Lewisville)
Where do we even start? This legendary festival held just two weeks after Woodstock is celebrating turning 50 (!!) with a stacked lineup of ZZ Top, Chicago and Denton’s own Sarah Jaffe. — AS