Playing Games: Yella Beezy Shows Us How He Rolls. 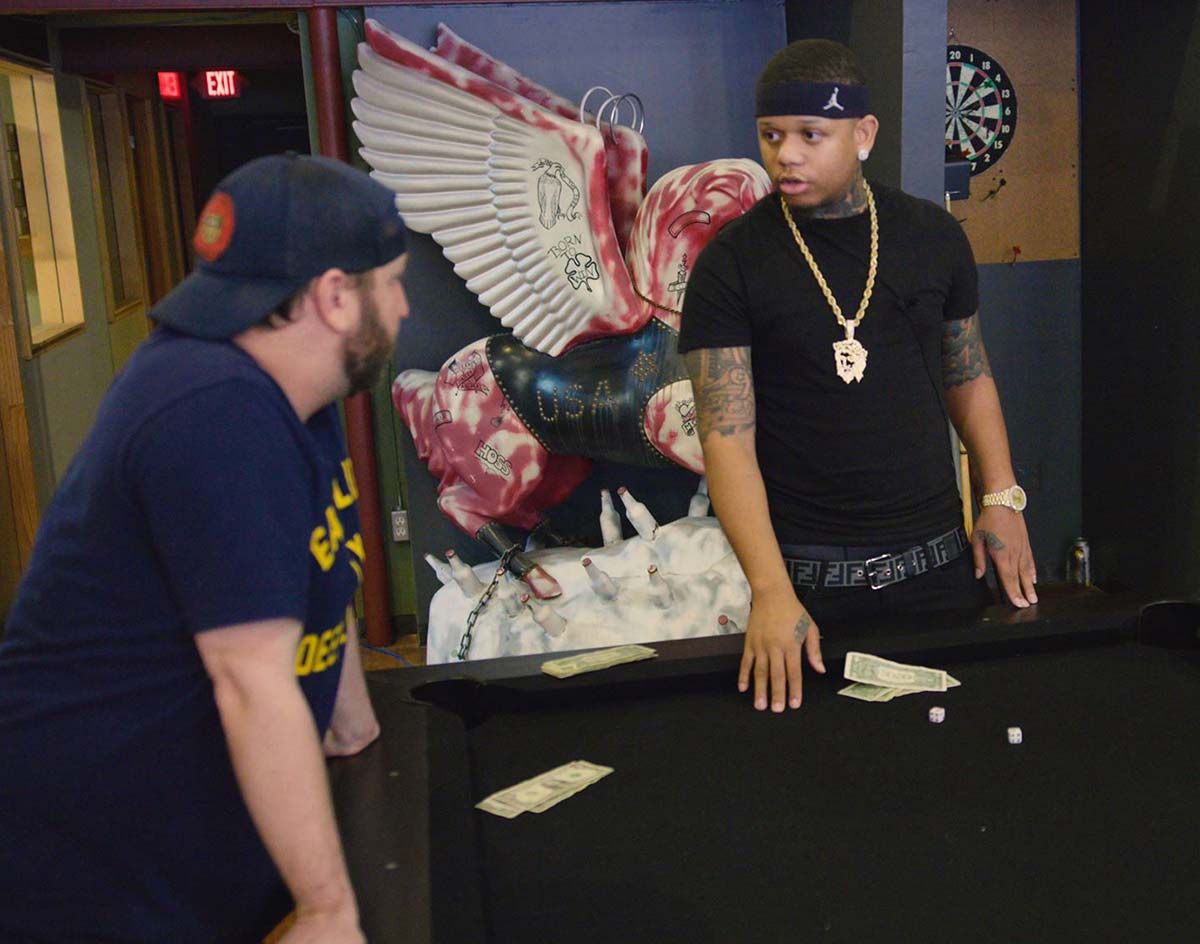 The Dallas Rapper Swings By Our Office To Talk About How His Life Has Changed Since The Release Of “That’s On Me” And To Teach Us How To Pay Dice.

The last couple of years have been downright insane for the Dallas rapper Yella Beezy.

The unquestioned leader of a Dallas hip-hop movement that pretty much unquestionably at this point represents the most successful national run in the scene’s history, the 27-year-old rapper has been riding high ever since the 2017 release of his smash hit “That’s On Me”. Beyond becoming the No. 1 song played on urban radio formats across the country for a stretch last summer, that song has at this point combined for more than 200 million YouTube views between its original video and its T.I.-, 2 Chainz-, Rich The Kid-, Boosie Badazz- and Trapboy Freddy-featuring remix.

It’s not just his music that’s turning heads either. Twice now, the man born Deandre Conway has joined the Dallas boxing hero Errol Spence Jr. for pre-bout ring walks that have done more for boosting Dallas culture than can really be put into words in this space.

Yeah, Yella Beezy’s been a constant source of headlines over his run in the sun — and not just because he’s been able to establish himself as more than just a one-hit wonder during this time, either. No, not all of the news has been great: In October of last year, Yella Beezy was shot three times while driving on the Sam Rayburn Tollway; and just last month, he was the subject of a diss track from fellow Dallas emcee Mo3.

He’s not one to sweat that stuff, though, seeming to understand well that with great power comes great responsibility. That much has come to a crest recently, too, as his collaborator T.I. went so far as to call Yella Beezy out to step up as a Dallas community leader in the wake of this month’s brutal assault of a black woman in Deep Ellum. For his part, Beezy says he’s not entirely sure what’s expected of him in that regard. Still, there’s something to be said about the fact that rappers in other markets well understand the clout Yella Beezy carries around these parts.

The rapper himself discussed that during a recent visit to our Central Track offices for an interview about his rise to fame. As he noted at one point in our chat, if there’s one thing he’s really learned over the course of these last few years, it’s that life in general is one big gamble. Of course, that’s not too surprising a reveal, given the clear affection Yella Beezy’s shown for gambling through his social media presence and his recent music video output.

But it is why, in addition to talking about his music, we asked Yella Beezy — whose trajectory continues to be on the rise thanks to the recent release of his new Quavo- and Gucci Mane-featuring single, “Bacc At It Again” — to school us on his preferred gambling method of shooting dice when he stopped by our HQ.

Check out what we learned in the video below.