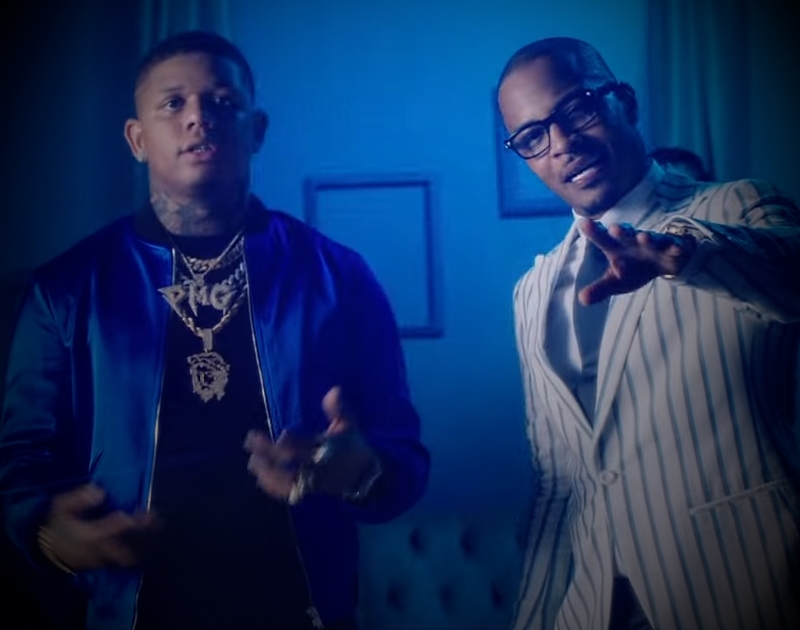 Listen In As 2 Chainz, T.I., Rich The Kid, Boosie Badazz And Dallas’ Own Trapboy Freddy Contribute Verses To The Remix Of Yella Beezy’s Biggest Hit To Date.

Yella Beezy — “That’s On Me (Remix)”
RIYL: Goin’ back.
What else you should know: As we’ve said many times in recent weeks, it’s been a banner year for North Texas hip-hop.

As much as a force as all these acts have started to become in the national spotlight in their own right, it is perhaps Yella Beezy who is having the most eventful year of all. Recent highlights of his include becoming one of the first acts to sign to ousted Epic Reocrds CEO L.A. Reid’s new Hitco Entertainment label, performing at this year’s B.E.T. Awards and having his car shot up for his trouble.

For his latest trick, he’s tapped Atlanta big shots 2 Chainz, T.I., Rich The Kid, Boosie Badazz and Jeezy — along with fellow South Dallas boy Trapboy Freddy — to contribute verses to the official remix of his smash radio hit, “That’s On Me.” (Initially released around this time last year, the original version of the track has racked up more than 12 million streams on Spotify.)

Even along such heavy-hitters on this new version, the local pair of Yella Beezy and Trapboy Freddy holds its own. Hell, Freddy’s might be the best verse on the damn thing — which is just one more reason why he himself was recently signed and picked up by Young Thug’s Young Stoner Life Records label. (Note the quick nod to his days as Dallas’ Carter High in his verse, too.)

Maybe their next move could be a collaborative Beezy and Freddy mixtape? One can hope.