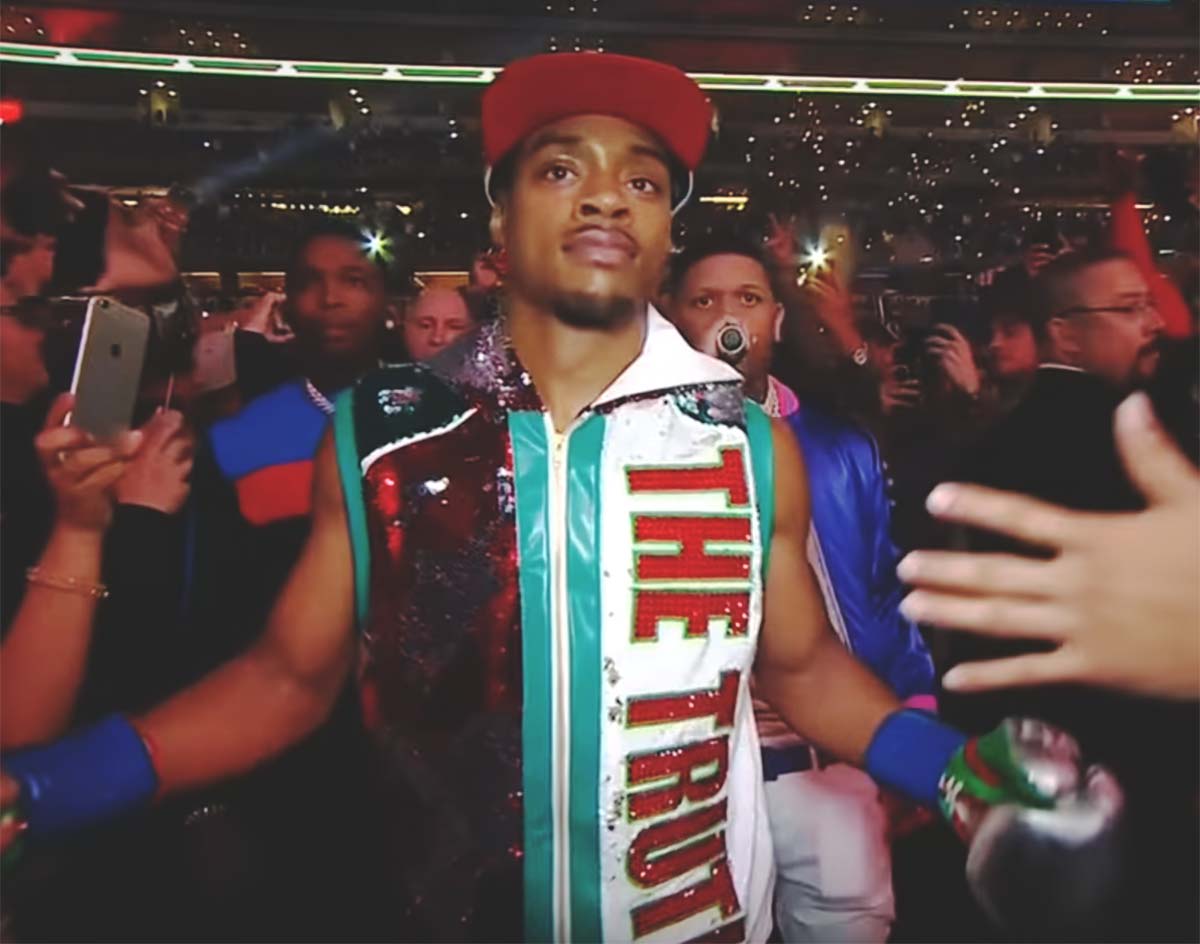 Walking To The Ring For His Match Against Mikey Garcia, The DeSoto Boxer Was Joined By The Lancaster High School Marching Band & Dallas Rapper Yella Beezy.

Before dismantling his opponent Mikey Garcia in their highly anticipated pay-per-view bout at AT&T Stadium on Saturday night to improve to 25-0 in his professional career, DeSoto’s own 29-year-old international boxing sensation Errol Spence Jr. promised us that hosting his latest fight where the Dallas Cowboys play their home games was just one way in which he planned to put on for Dallas over the course of the night.

“We got a lot planned,” Spence told us back in February. “I always support my city.”

And even though he may not have donned quite as many nods to Dallas culture on Saturday night as he has in past bouts, he came through on his promise in a big way during his walk up to the ring in front of a crowd of 47,525 attendees prior to the dominant 12-round performance he offered up throughout his unanimous judges decision win.

His insanely hyped-up three-minute stroll to the squared circle opened with members of the Lancaster High School marching band playing an instrumental take on Dallas rap legend Big Tuck’s iconic “Southside Da Realist” track. From there, the band segued into a brief interlude featuring Sheck Wes’ inescapable “Mo Bamba” before ceding the soundtrack to the teflon modern-day Dallas rap sensation Yella Beezy, who offered up an encore of his 2018 ring-walk efforts alongside Spence to perform his smash “That’s On Me” single (arguably the biggest song in Dallas rap history at this point) with his close friend and collaborator Trapboy Freddy by his side.

It was a brilliant, amazing moment — one that very much lived up to Spence’s assurances that something along these lines might happen.

Whatever Spence may do next — whether that includes a face-off with Manny Pacquiao or someone else entirely — this much is becoming increasingly clear: Every bit as much as in-ring dominance is, Spence’s continued support for Dallas culture is hugely endearing him to hometown fans.

As easily waved off as Spence’s decisions along these lines may be to outside observers, moments like these are vital to a city’s appreciation of its own offerings. By going out of his way highlight those who, like him, are helping put this city on the map, Spence is validating the city’s unique aesthetics and sounds not just to those outside of the region, but to those within it.

Do not underestimate the value that moments like these can bring to a city. Moments like these are what people will point to decades from now as touchstones of what the city was like at this date and time. More than that, moments like these allow self-deprecating sorts to cast aside their doubt and embrace their hometown pride in the right now.

Props to Spence for understanding that — and for comprehending the value that such support for his hometown market can, in turn, provide him.

It’s why almost 50,000 people were inside of AT&T Stadium to watch him do his thing on Saturday night. And it’s why, moving forward, those numbers are only likely to increase.

That’s all on Spence, baby.