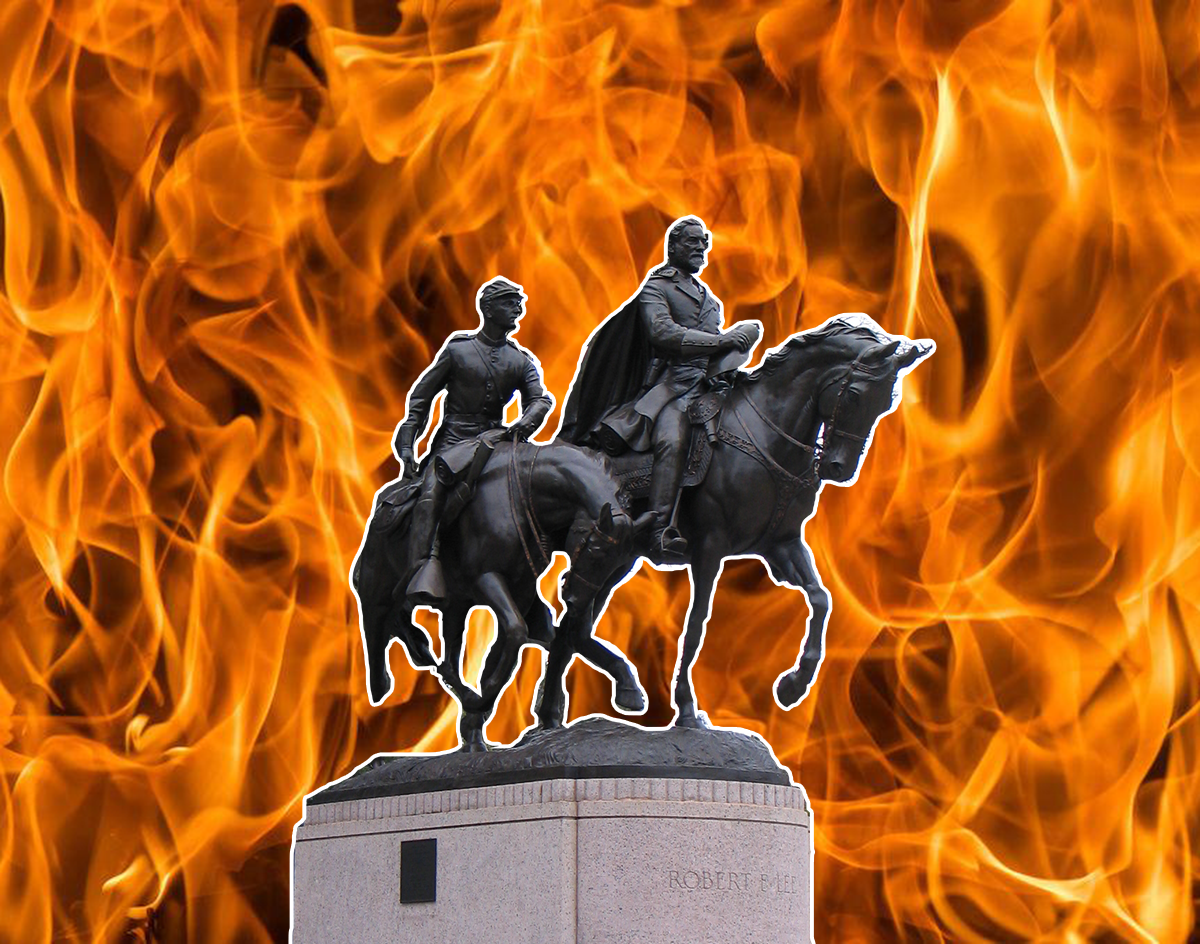 Dallas Is Auctioning Off The Controversial Robert E. Lee Statue It Removed From Turtle Creek Park In 2017. We’ve Launched A GoFundMe To Buy It And Then Burn It To The Ground.

Earlier this week, Dallas City Council set into motion the next chapter in the ongoing saga surrounding the Robert E. Lee statue it removed from Lee Park (now Turtle Creek Park and, alas, not Erykah Badu Park) in Oak Lawn in September 2017.

In a 12-3 vote on Wednesday, the council voted to designate the sculpture (which has been stored in a facility at Hensley Field since its removal) as “surplus property,” meaning it’s now an asset that the city can publicly auction off to the highest bidder, and thus wash its hands of looking after it.

Through its vote, City Council chose to starting the bidding for the piece at $450,000, noting that such a figure will help recoup the (fairly exorbitant) amount the city spent on removing it from its plinth and re-locating it to its current in-storage home. According to the Dallas Morning News‘ Robert Wilonsky, the city is ultimately hoping the piece will fetch at least $950,000, as that would help raise fund to put toward removing another of the city’s many nods to the Confederacy, the Confederate War Memorial near City Hall at Pioneer Park Cemetery, whose fate is currently mired in court.

The only real rule in place? That whoever purchases the statue does not publicly display it within the city limits of Dallas.

Considering that no museums or any organizations of that ilk have yet step forward and offered to take the statue off of the city’s hands — an inactivity that kind of forced this auction action — we’re frankly doubtful that the city will raise anywhere near that $950,000 figure.

Even so, we still think an auction is the right play. Why? Well, because we’d like to put in a bid for the statue ourselves. And we’d like our help with that.

Earlier today, we launched a GoFundMe account to buy the statue. Our hope is to raise at least $500,000 so that we can acquire the statue — and then melt it down.

Basically, we want to do to the Robert E. Lee statue what Drogon did to the Iron Throne in the series finale of Game of Thrones.

Well, a couple reasons: 1) We’ll need to cover any fees GoFundMe will take from the money raised, 2) we’ll need to find someone who can melt the statue for us, and 3) we’ll need to hire someone to help get the thing from Hensley Field to whatever incinerator we find that can crumble this wretched monument to slavery and Jim Crow.

Honestly, there are other factors involved in this process that we’re not yet considering. So it might make sense to eventually raise our currently stated $500,000 figure to a higher number to cover those costs — or, say, to bolster our efforts if it comes to light that there are other serious bidders in play.

On the other hand, if it turns out that there are actually some super serious and deep-pocketed bidders in the game who are going to pay way more than we feel comfortable asking for the public’s help on, well, we may just scrap this idea altogether. At that point, we’ll of course refund any and all donations to our cause.

But, for now, we’re moving forward with this plan. Because, if nothing else, it feels like the right thing to do. It’s time we broke the wheel and just moved on from this dumb argument.

We need to raise these funds by June 1 if we want to submit a bid by the June 5 deadline.

If you want to help us fight fire with fire, check out the below widget or head to our donation page.