33 Things To Do In Dallas This Memorial Day Weekend. 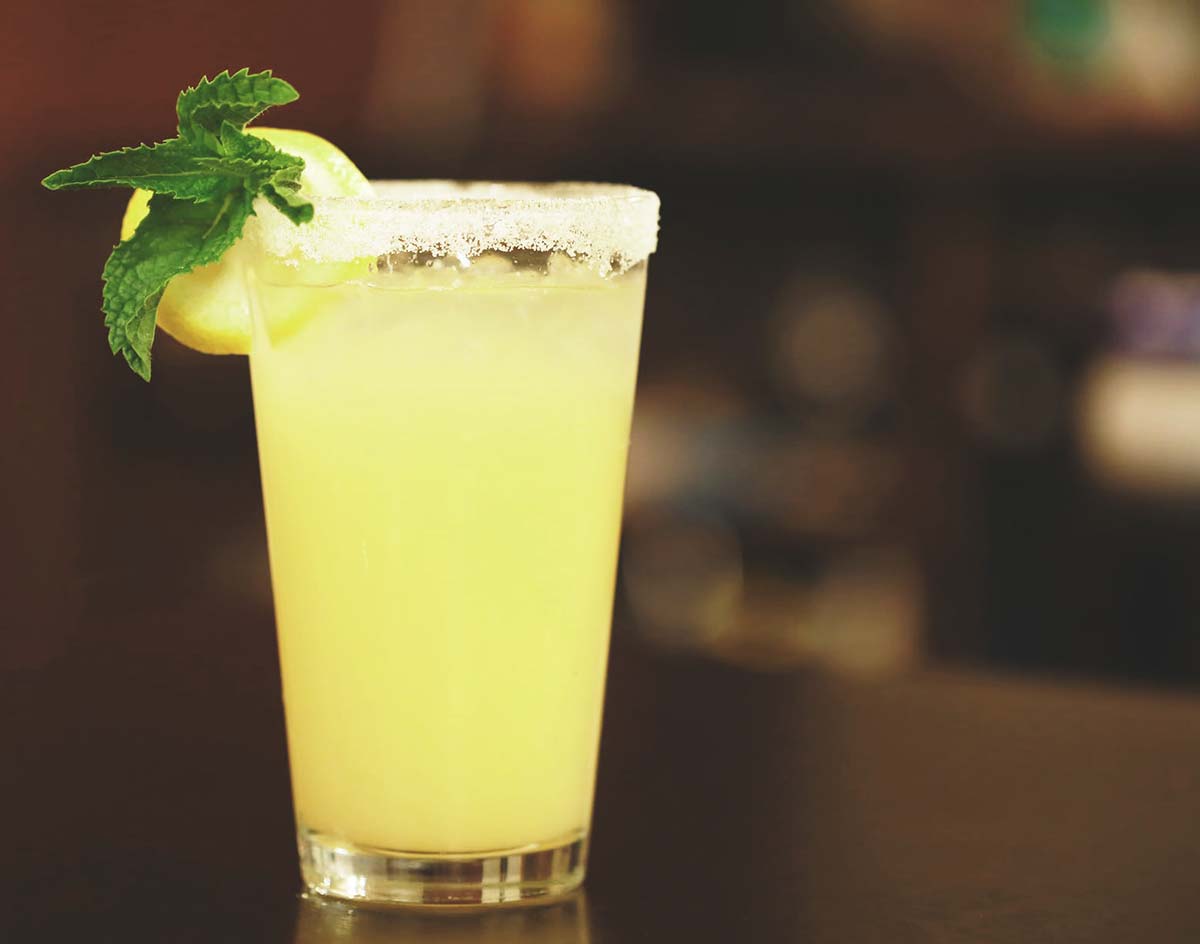 Sample Dallas’ Best Margs At Margarita Meltdown, Stay Up Late With Ari Lennox At The House Of Blues, Throw It Back With Nick Waterhouse At Club Dada & More.

Should you find yourself in Australia at some point in the next few weeks, consider ordering a ScUber.

The temporary service, hosted by Uber (naturally) from May 27 to June 18, allows rideshare service users in the Australian state of Queensland to use the app to order tours of the Great Barrier Reef from their phone. Pretty cool, right? Less cool is the price tag that comes with the service: It’ll run $2,070 for a pair of people to order the tour, which is also the minimum number of people who can order the trip at once.

Come to think of it, your wallet will probably thank you for just sticking around to more familiar surroundings this weekend — especially since, with Memorial Day coming on Monday, the long weekend is providing another day of partying to wreak havoc on your bank account before the first of the month arrives.

So of you’re going to rideshare this weekend, maybe just do it to one of these cool-looking North Texas events, yeah? — Pete Freedman

Matthew Logan Vasquez at Kessler Theater
His band Delta Spirit may be on an extended break, but frontman Matthew Logan Vasquez can’t stop, won’t stop. He’s released three LPs and an EP since 2016, the most recent being this past year’s Light’n Up, which is a fitting named album considering how rockin’ his live shows have become. — Cory Graves

AJ Mitchell at Club Dada
The 17-year-old AJ Mitchell achieved virality via Instagram and then released his first single “Used to Be” in 2017. He has also worked with Jake Paul, who, despite being white, has been known to say the n-word on YouTube. — Garrett Gravley

Charles Schwab Challenge at Colonial Country Club (Fort Worth)
The PGA golf tournament formerly known as The Colonial continues throughout the weekend, with some of the biggest names in the sport appearing likely to proceed to Saturday and Sunday play. — PF

Tech N9ne at Gas Monkey Live
Somehow, over the last few years, Tech N9ne, one of the most successful independent rappers ever, has aligned himself with the likes of the Insane Clown Posse and their hyper-loyal juggalo fan base. It makes sense why an artist unaffiliated with the major label system would want to attract a built-in group of fans as wholly-devoted as ICP’s, but, for whatever reason, the so-called juggalo family has embraced Tech N9ne right back. Expect plenty of face paint among the Gas Monkey crowd tonight. More than usual, we mean. — CG

Sacred Reich at Trees
The Phoenix trash metal band has amassed a large catalog of politically charged aggressive music in its three decades of performing. In the mood to hear some angry political rock? This show’s for you. Sworn Enemy opens. — Juan Betancourt

Ari Lennox at House of Blues
The J. Cole-signed singer-songwriter from Washington D.C. has been turning heads with her just-released Shea Butter Baby LP, so expect a fervent — and jam-packed — crowd at the House of Blues for this one. — PF

Greg Schroeder at Sons of Hermann Hall
Schroeder plays a struggling musician in the independent Dallas film This World Won’t Break, which is currently being shipped around the festival circuit. Here, you can see him as himself — and still as a musician. — PF

Cherubs at Club Dada
The Relapse Records-signed Austin post-hardcore band takes a trip up I-35E for this gig. — PF

Buffy The Vampire Slayer at Texas Theatre
The TV show? No, the 1992 movie starring Kristy Swanson and the late Luke Perry. Does the word “duh” mean anything to you? — PF

Nick Waterhouse at Club Dada
The throwback artist has collaborated in the past with Fort Worth’s own Leon Bridges. Could that mean Bridges makes a surprise appearance alongside his sonically similar pal at this one? Maybe! — PF

Knuckle Puck and Citizen at Trees
HUNNY and Oso Oso open this co-headlined bill of pop-punk bands who have already been through Dallas a few times in the past year. — GG

Motorcade at Kessler Theater
The local band that is too good to be classified as a “supergroup” is making a triumphant return to The Kessler and, to make the occasion even more special, they’re bringing along John Dufilho’s previous band The Deathray Davies — which is using this show to mark its 20th anniversary together — as an opener along with local up-and-comers Sub-Sahara. — GG

Pat Green at The Sound
The Texas country icon and co-owner of The Rustic is handling opening duties at this new mixed-used development in North Dallas, which, just like all the other newfangled neighborhoods like it, boasts a music stage. The future is homogenized, folks. — PF

Ron Howard’s Cotton Candy at Alamo Drafthouse (Lake Highlands)
Opie’s Dallas-shot 1978 made-for-TV film about high schoolers trying to get by gets a screening 41 years after its initial broadcast on NBC. — PF

Urban Cowboy at Texas Theatre
Watch the 1980 John Travolta classic, then hop on the mechanical bull that’s been brought along for the occasion. — PF

The Outfit, TX at The Nines
The Galaxy 9 crew takes over The Nines for another installment of its Saturday Night Fever series at the venue, this time turning the mic over to Mel and JayHawk of Dallas’ own The Outfit, TX. — PF

Margarita Meltdown at West End
The ninth annual margarita-sampling festival aims to crown the best margarita in town, although we have some thoughts of our own on that subject. — MS

The Eagle’s BFD at Dos Equis Pavilion
Shinedown headlines this year’s BFD. Joining them will be Seether, Live, In This Moment, Thrice, Bad Wolves, The Glorious Sons and The Dirty Nil. — GG

Nitzer Ebb at Trees
The respected EBM and post-industrial outfit’s first US tour in nine years includes the band’s first Dallas show since its stand at Granada Theater in November 2010. Fans of Front 242, Cabaret Voltaire and Killing Joke would dig this. — GG

REZZ at South Side Ballroom
REZZ has obtained a dedicated cult following in EDM circles — enough to where fans call themselves “Rezzbians.” If you’re looking for an energetic show that will give you tinnitus, look no farther. Rusko opens. — GG

David Gray at The Theatre at Grand Prairie
A full 21 years removed from the ubiquity of his hit single “Babylon,” the singer-songwriter is still play to rooms this size? Good for him, for real. — PF

Possessed by Paul James at Dan’s Silverleaf (Denton)
It doesn’t take much for Possessed By Paul James to win over an audience — just a guitar, a fiddle, a two-by-four for stompin’ and some good ol’ fashioned campfire tunes. Dude’s an incredible performer. If you’ve never seen him and you find yourself up Denton way on Sunday, we highly recommend checking this out. — PF

Jamz Day Off at Double Wide
Blake Ward’s popular Sunday night weeklies at the Double Wide always get a nice shot in the arm on long weekends, where the usually free-to-attend party gets upped to a $10 cover charge, but finds the entire grounds of the venue turned into one big throwdown. This time around, that means food trucks, a photobooth, a drag show, a performance from Madonna cover band PriMadonna and DJ sets from Ward, Vivalatina and Yung Wave. — PF

Jackopierce at The Rustic
The popular SMU duo from the late ’80s and early ’90s still has a dedicated fan base around town, and with no jobs to keep its nine-to-five crowds in early on a Sunday night, expect them to show up in spades for this show. — PF

The Go-Go & Gritz White Party/Memorial Day Celebration at Sandaga 813
With Memorial Day’s arrival, the fashionistas among us say it’s now OK to don white clothing — a fact being celebrated at this bash, which features The Gritz  (an insane lineup of Grammy-winning performers from Dallas who also perform in Erykah Badu’s back band) and Kirk Franklin music director Shaun Martin utilizing many of those same players for his always fiery “go-go” offerings. For the uninitiated: The Washington, D.C.-sprung “go-go” sound is built around a single (but insanely infectious) drum beat that never lets up throughout its performance’s run. You will dance, and you will love it. Might even sweat through your white cloths, come to think of it. — PF