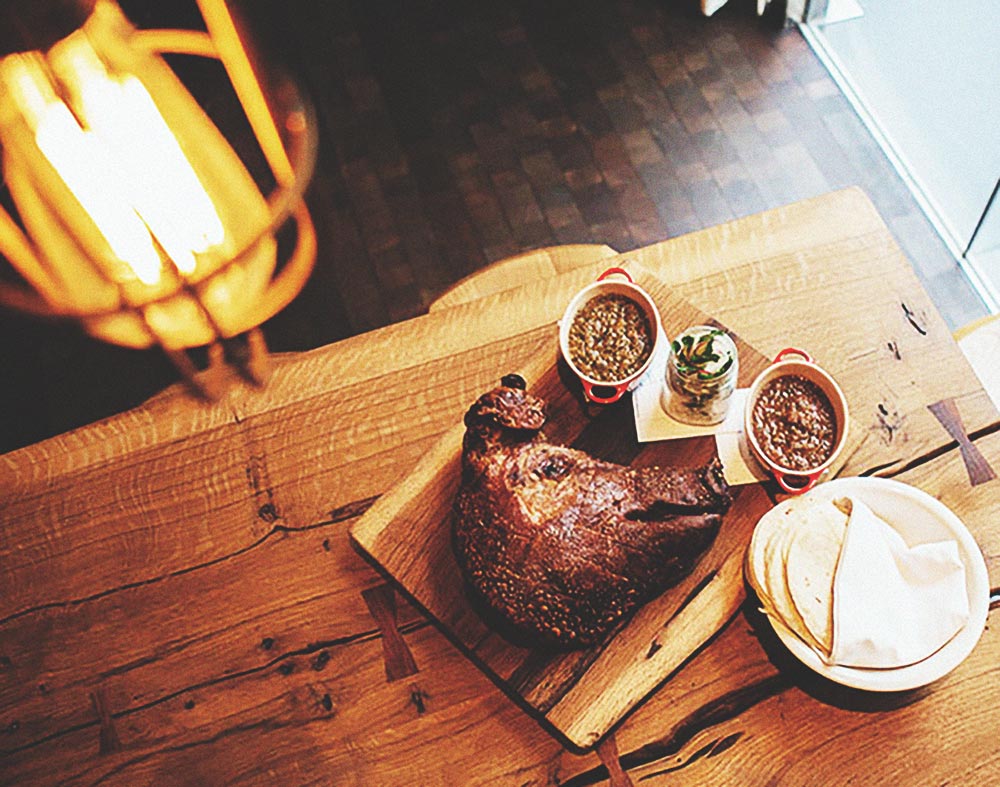 With all bars and restaurants across Texas ordered to at least temporarily shutter all operations outside of take-out and delivery offers, and various owners around Dallas openly uncertain about what the future holds for their businesses, massive layoffs in the statewide service industry ranks were an inevitability.

Over the last few days, they’ve been unfortunately plentiful around Dallas, too — and among shoestring and high-end operations alike.

On Thursday afternoon, a particularly large domino in Dallas fell as Headington Companies — owned by oil and real estate magnate Tim Headington — laid off hundreds of workers across its service, hospitality and retail industry holdings at once via email.

Referring to the “unprecedented situation” presented by the coronavirus pandemic, the email notes that the corporation had “no choice but no choice but to layoff a significant portion of [its] workforce”: 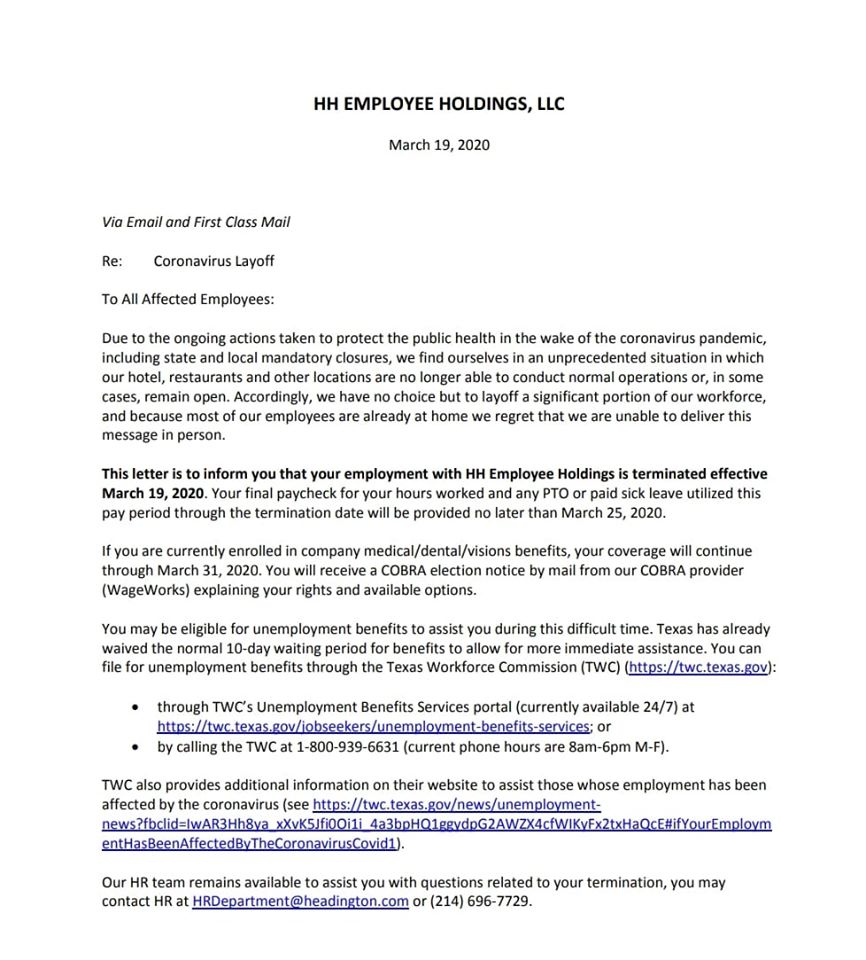 Multiple now-former employees of Headington Companies tell Central Track that the layoffs were more than simply “significant.” According to these sources, all service industry entities outside of a handful of operations located within the brand’s flagship Joule hotel in Downtown Dallas have been shuttered, even as it remains legal to sell take-out and delivery to the public for the time being.

Employees at those temporarily closed businesses in the corporation’s portfolio have all been laid off, as have most workers at the still-operating ones in The Joule. A small number of employees at a few select Joule properties were furloughed (rather than terminated) and promised a small weekly stipend to hold them over under business returns to usual, whenever that may be.

It is not known how many — or, really, how few — remaining workers the corporation is still employing at this time.

An additional steakhouse located in the old FT33 location in the Design District was also in the works prior to the layoffs.

A public relations representative with Headington Companies confirmed that Thursday’s sweeping actions also extended to the corporations’ hospitality and retail ranks, meaning employees at The Joule, at retailer Forty Five Ten and Traffic, and at health facilities The Spa and VITAL Fitness Studio also now find themselves out of work.

“In light of recent government mandates and a global crisis, many of our business have grounded to a complete halt, forcing us to make swift and difficult decisions about our operations,” that Headington representative tells Central Track via an emailed statement. “Unfortunately, we have had to lay off dedicated and hardworking people across our retail, hospitality and restaurant outlets. Wherever possible, we have reallocated a number of staff to other areas. This is not a stable time for anyone, and it’s evolving by the hour. We want to focus on getting through this so that we can start hiring again as soon as possible.”

Even in the face of stated re-hiring intentions, a number of now-former Headington Companies employees say they’d been worried about the brand’s long-term stability for some time. Multiple sources confirm that the corporation has been trimming staff and cutting costs for at least a year now, most significantly by upping the hourly requirements necessary for its workers to qualify for insurance and simultaneously narrowing those benefits’ reach. Many of these sources speculate that the company was tightening its budget in anticipation of a possible sale down the line.

It bears repeating that the Headington Company layoffs are not an outlier in these times. With each passing hour, it seems another area business owner succumbs to the difficult decision of letting its employees go during this debilitating, coronavirus-affected stretch.

Still, whereas some deep-pocketed Dallas tycoons like Headington, whose personal net worth checks in at $1.2 billion per Forbes, are laying workers off, others in the city are going the extra mile to take care of their employees during this difficult time.

Dallas Mavericks owner Mark Cuban, whose net worth per Forbes is $4.3 billion, has earned a deluge of positive national press over the last week for vowing to keep paying his workers even as his businesses operations’ have halted.

Additionally, whereas Headington Companies is laying people off, the Mavericks (among other area companies) are donating even more money to Dallas nonprofits that are in need during the pandemic while also encouraging their employees to go out of their way and support local small businesses that may be struggling.