At Midnight Rambler, They’ve Made Drinking An Art Form. 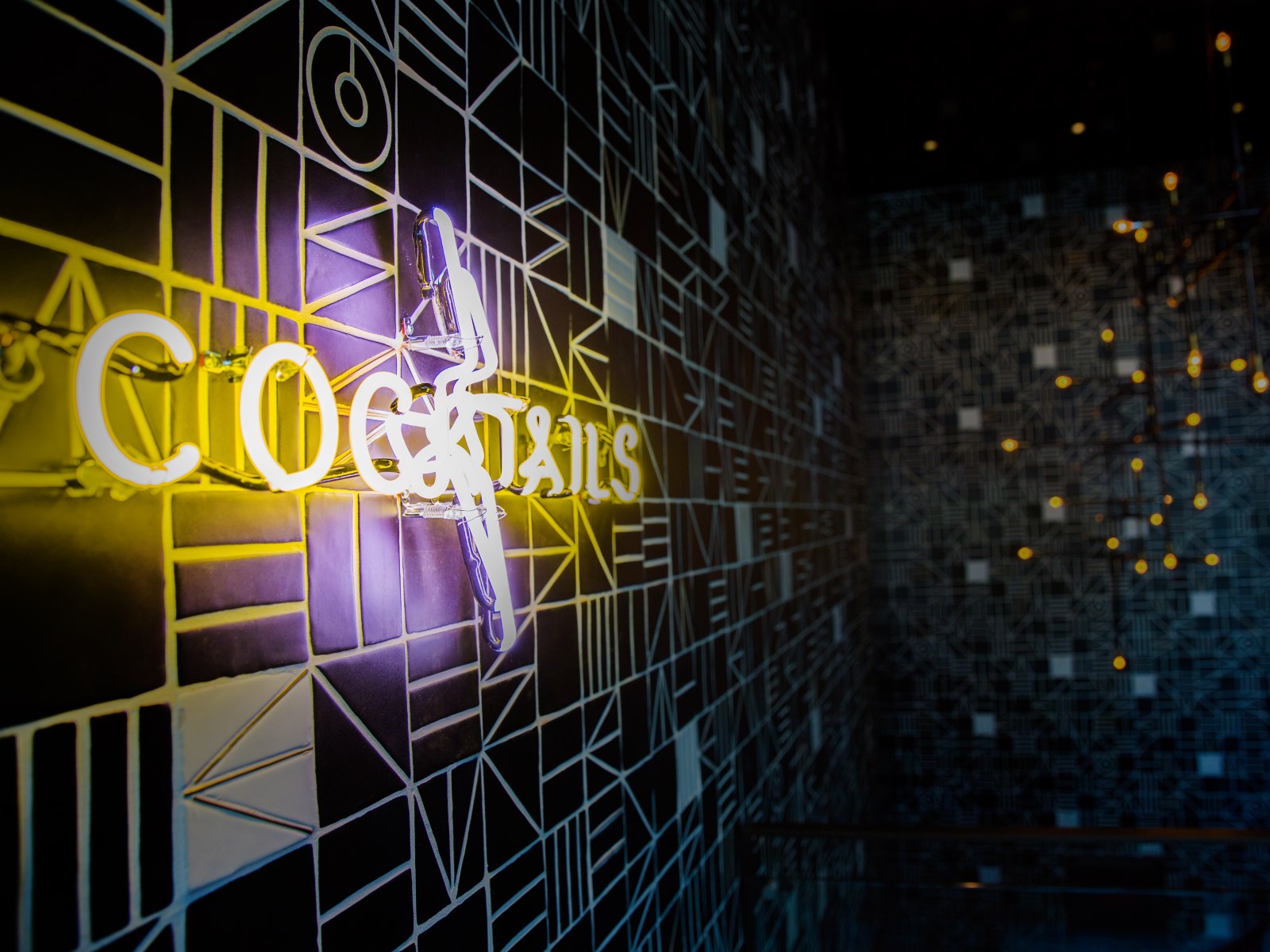 In The Basement Of The Joule, Craft Cocktail Pioneers Christy Pope and Chad Solomon Flex Have Shaped A Drinking Experience On Par With Any In The World.

In the bowels of Downtown Dallas’ boutique Joule Hotel, lovers of quirky, yet expertly crafted cocktails will find Midnight Rambler, a small gem of a cocktail den led by Christy Pope and Chad Solomon.

Usually bustling — but not in an unwelcoming way — Midnight Rambler is as capable a spot for celebrating new jobs, engagements and birthdays as it is a wonderful place to meet new friends or bump into old ones. And, depending on when you go, you just might spot a local celebrity spinning tunes on the turntables or perhaps a reality star hiding out from your typical hangers-on.

Since the place is known for its unusual take on craft cocktails and has been part of the Dallas cocktail scene for more than four years now, we thought we’d take the recent launch of three new cocktails as opportunity to ask a few questions of Midnight Rambler co-owner Solomon. 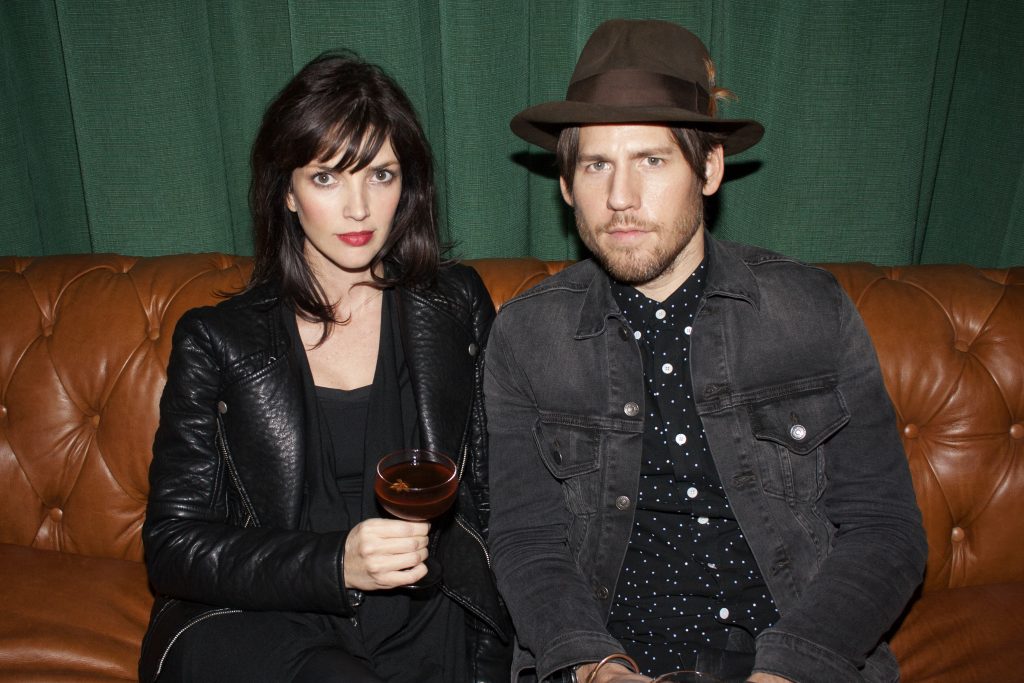 But first, a word on three new cocktails he’s touting these days.

Now, as you imagine the bad decisions you’d make with such libations in your system, belly up to the bar and give the following Q&A with the madman behind those concoctions a read.

How has your background brought you to where you are at this point in your career?
Before we got into the bar business, Christy was a fine art major who worked in the recording industry and DJ’d. I was a film major who played in bands and worked on films. Cocktails and bars are just another medium for us to exercise our creativity, and we were fortunate to be in the right place at the right time by bartending in New York City at four of the most influential and pioneering bars of the cocktail renaissance — Milk & Honey, Pegu Club, Little Branch and Flatiron Lounge. We gained firsthand experience in developing the drinks, techniques, standards and systems that would transform the industry, ushering in the second golden era of the cocktail. We were then fortunate to take those skills on the road, consulting to create and implement craft cocktail cultures for bars, restaurants and hotels around the world. We first visited Dallas in 2008 when we developed the cocktail menu and implementation for Victor Tangos, putting in us the pole position for the birth of modern cocktail culture in Dallas. Before opening Midnight Rambler, we visited Dallas many times, consulting on bar programs for The Porch, Alma, Hibiscus, Fireside Pies, American F&B and CBD Provisions, and training the likes of Sean Conner, Ivan Rimach, Abe Bedell, Matt Ragan and Emily Arseneau, among many others who have gone on to have a positive impact on F&B culture in Dallas. This cumulative training and experience has allowed us to hone our voice to continue to evolve the Midnight Rambler guest experience, and to train the next generation of professionals.

What’s it like operating a bar in the basement of a swanky Downtown hotel?
It takes us back to our beginnings in the industry. Christy and I met in fall 2001 working together at the Cellar Bar in the basement of The Bryant Park Hotel on 40th street between 5th & 6th Avenues in New York — a “swanky” boutique hotel that quickly became a nightlife destination for New Yorkers, at least as much as the hotel’s guests. That was our intention with Midnight Rambler from the outset. We operate as if we’re a stand-alone destination bar, and we just happen to have 160 rooms above us. 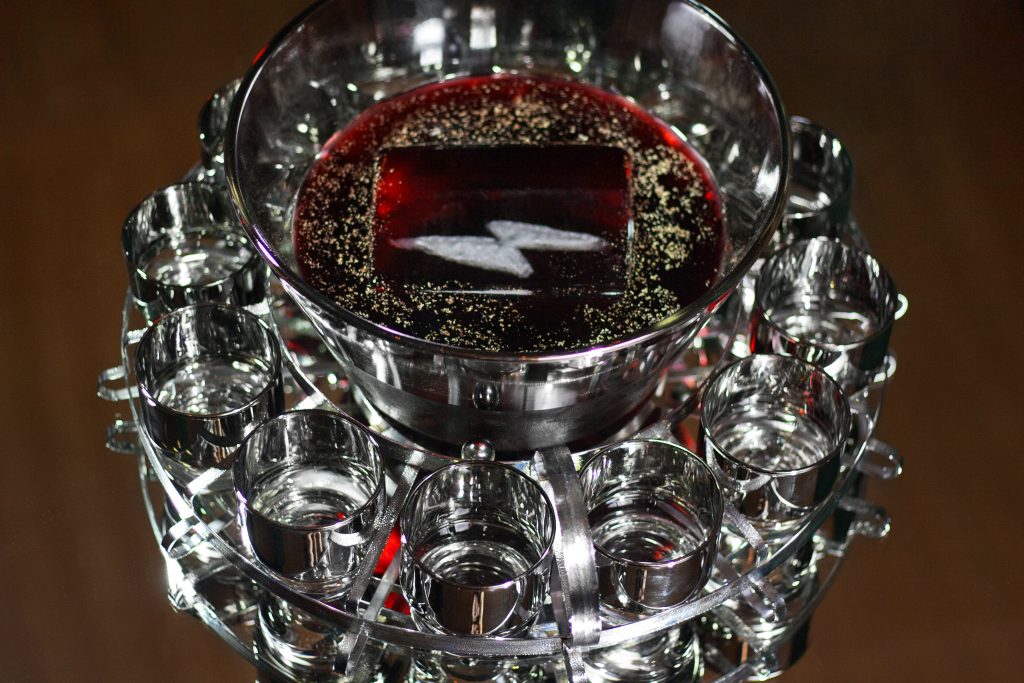 Look at this drink set-up. Solomon and Pope don’t mess around. (Image courtesy of Midnight Rambler.)

I think it’s safe to say that Midnight Rambler has always had a menu that was on the more “different” end of the scale. What’s the intention there?
We created Midnight Rambler to stand shoulder-to-shoulder with the best cocktail bars in the world, where conceptual menus are increasingly the norm. Our menu, like everything else about Midnight Rambler, is a showcase for our creativity, where we exert our experience and personality to stimulate a personal reaction from our guests. Since opening, we have put out four seasonal menus each year of all-original creations. Each menu is framed in a concept I find inspiration in, and then we go about bringing the drinks to life by creating to concept and maximizing the sensory elements of the drink, which include the naming and backstory.

Is the complicated, meticulously crafted cocktail still in its heyday? Or is that trend winding down? Either way, what do you suppose as the next big drinking trend?
Meticulously crafted cocktails are here to stay — because quality always has a market. The environment for cocktail service is what continues to evolve. I see the continued march to casualization and the automation of high-quality, complex cocktails on the horizon.

What’s the most challenging part of owning a bar?
Bars are an organic business that are continuously changing due to many factors, such as the evolution of staff, weather, location logistics, hotel occupancy, etc. Consistency in culture and product is always the challenge and hallmark of smart and successful businesses. We work on this every day and night, while always aiming to exceed expectations.

What do you suppose is the best part about your bar?
We have created our bar home in Dallas. Like I said, Midnight Rambler is a concept that we created that gives us a platform to practice our art. From the cocktail creations to the music and atmosphere we are hands-on in curating the experience. Thankfully, we have found many Dallasites and visitors alike that vibe off the Midnight Rambler experience.

Cover photo courtesy of Midnight Rambler. Know another food business worth highlighting in this space? Message foodbitch! Like a good cover band, she takes requests (so long as they don’t totally suck).