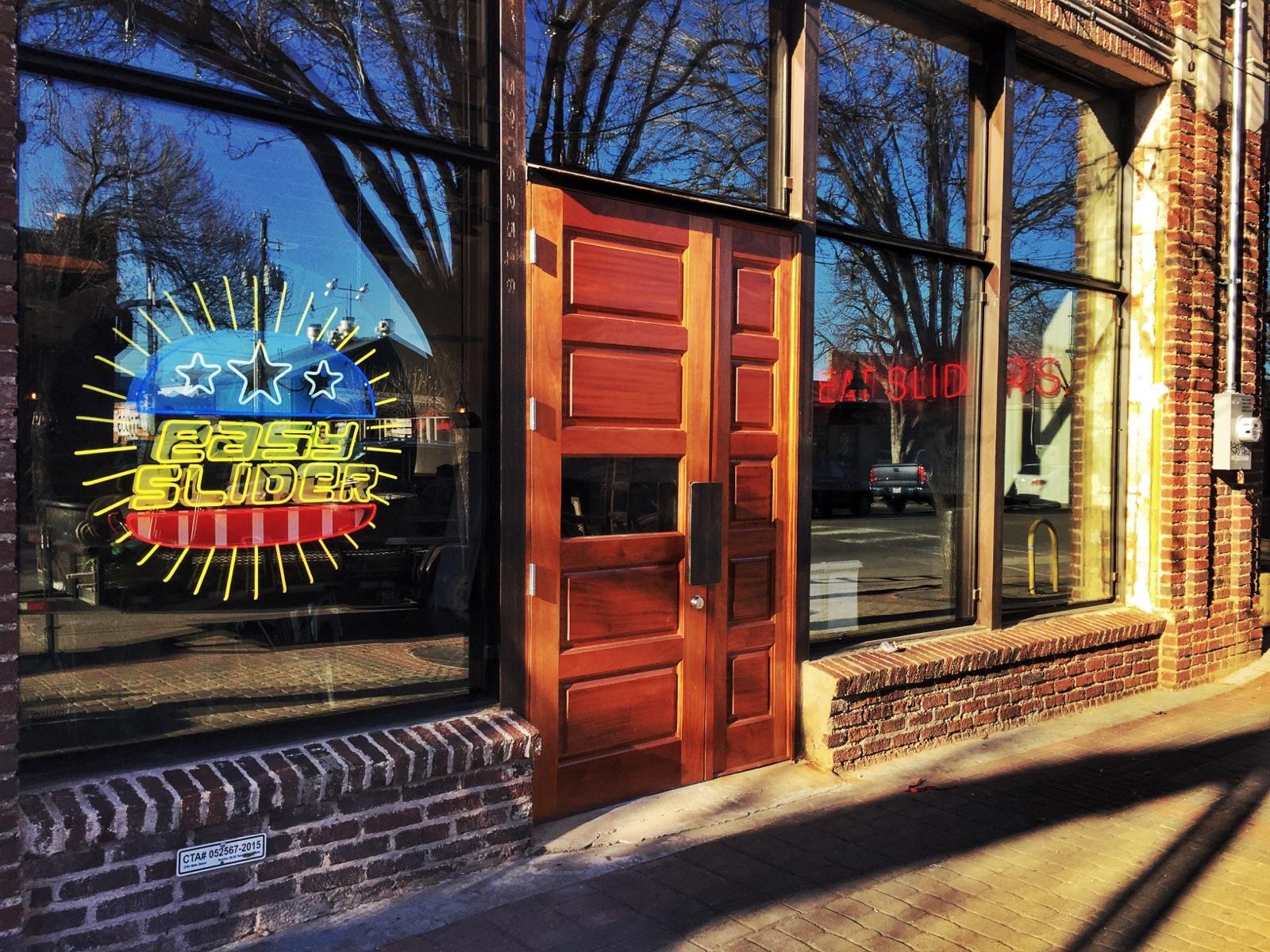 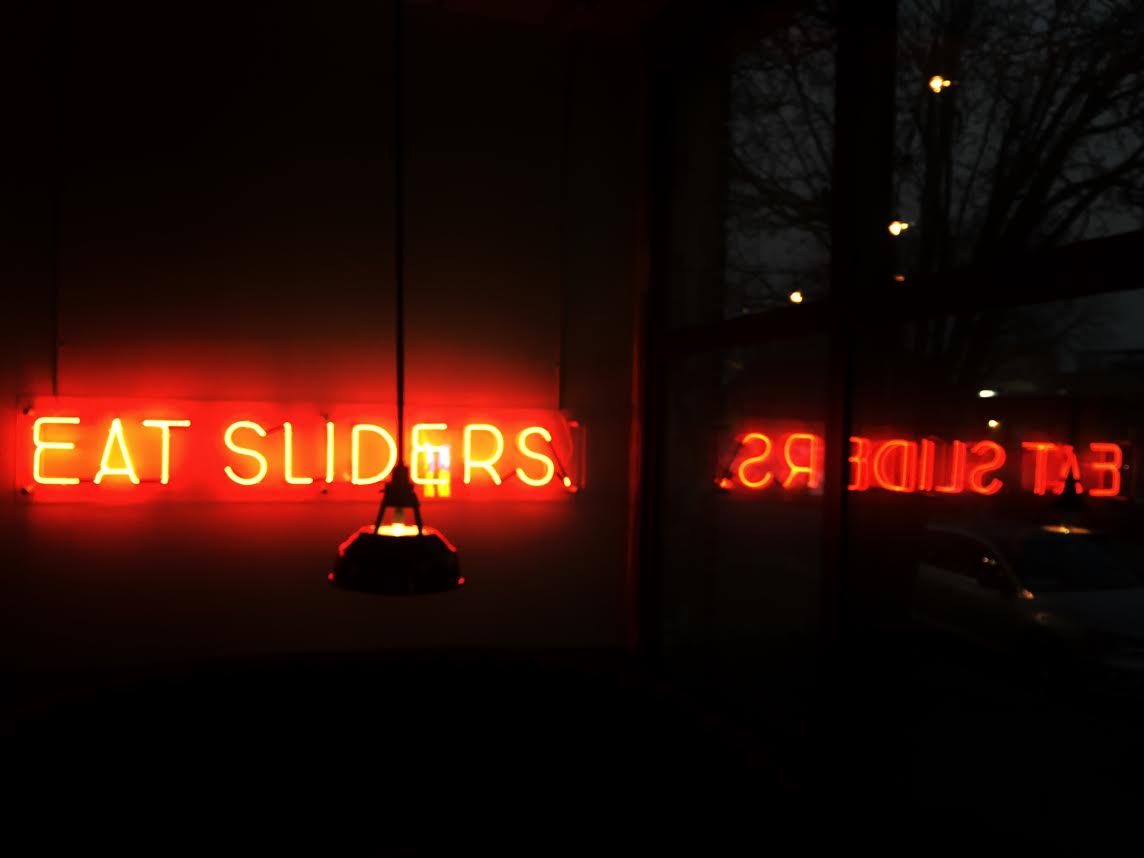 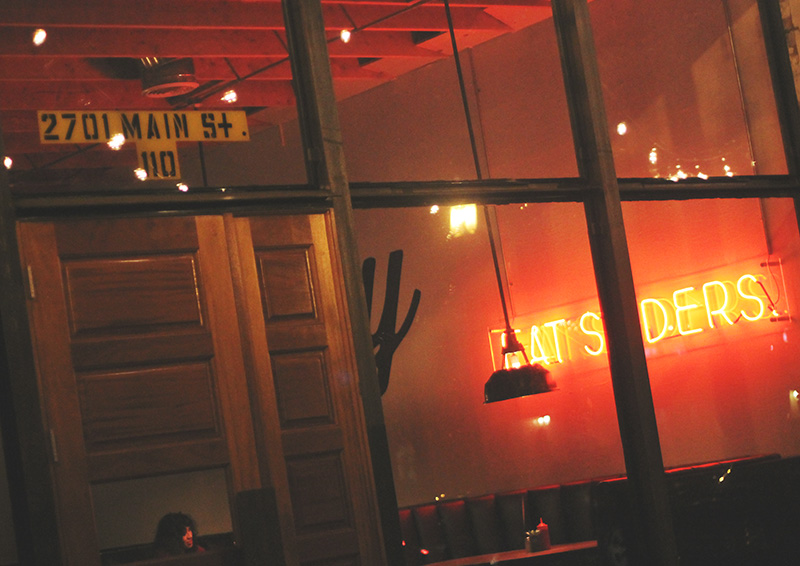 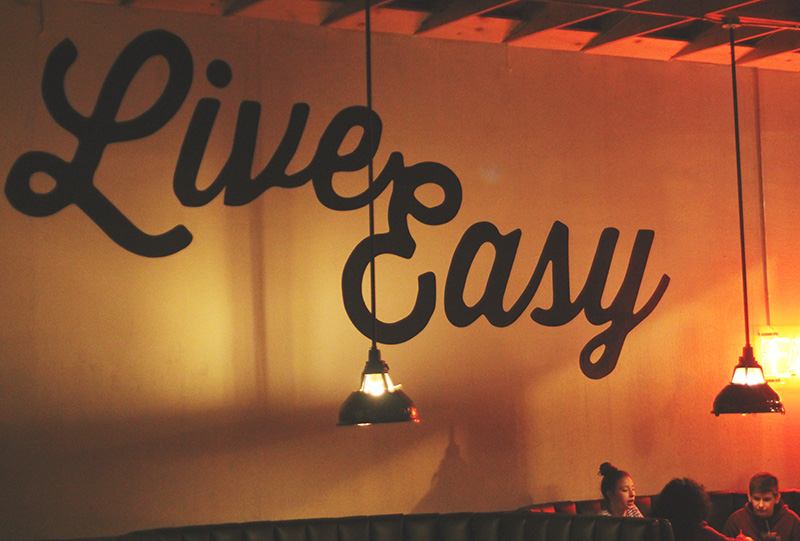 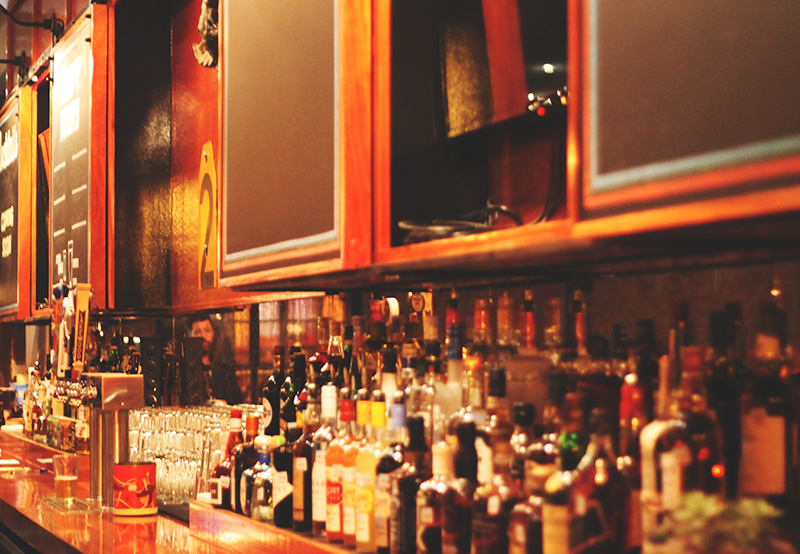 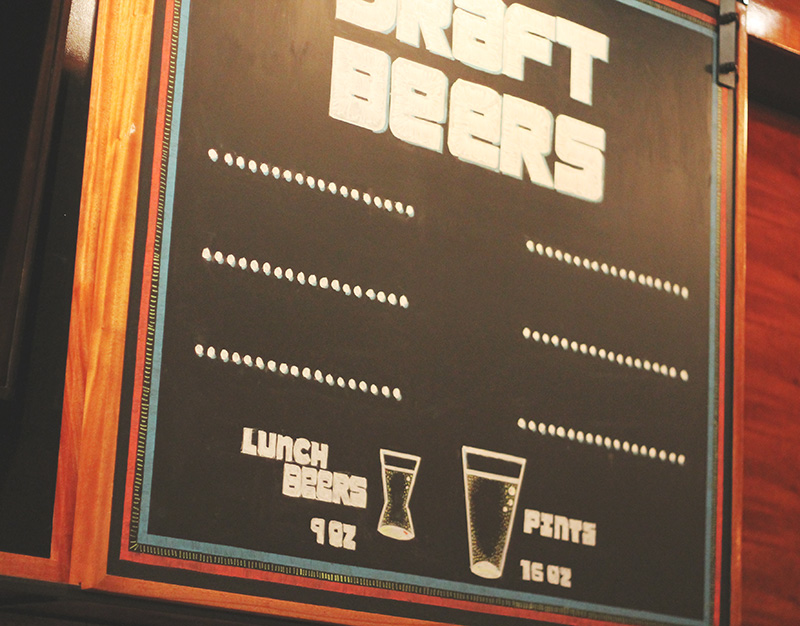 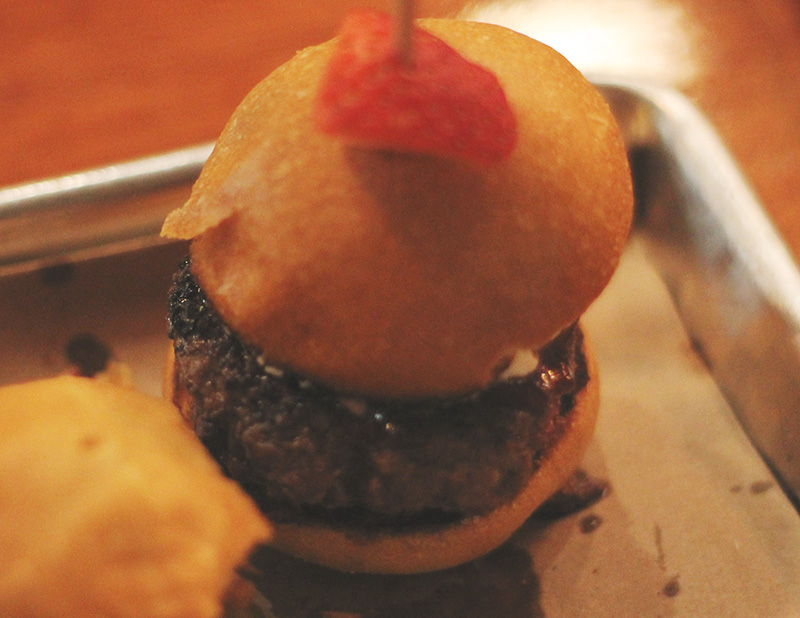 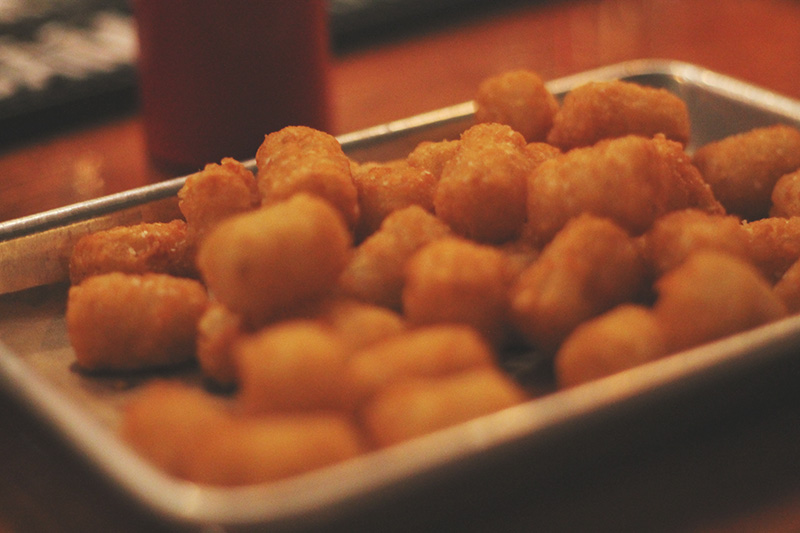 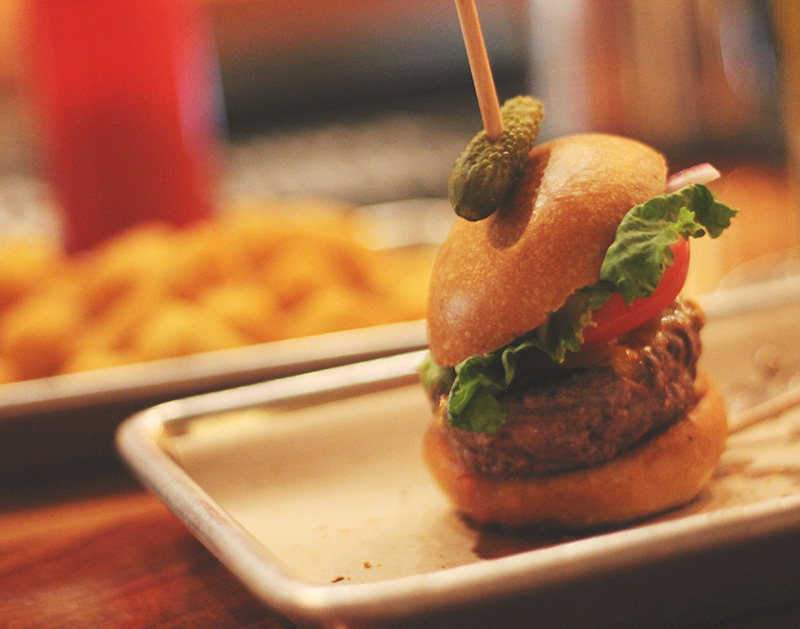 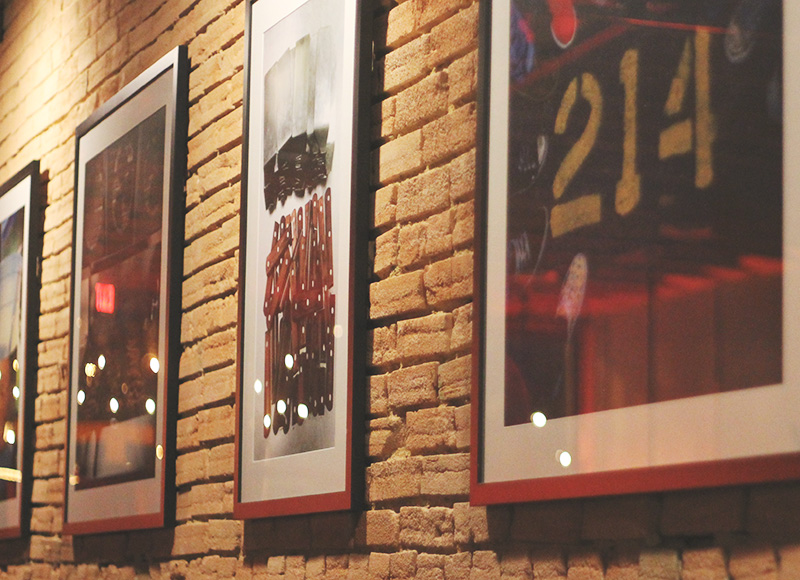 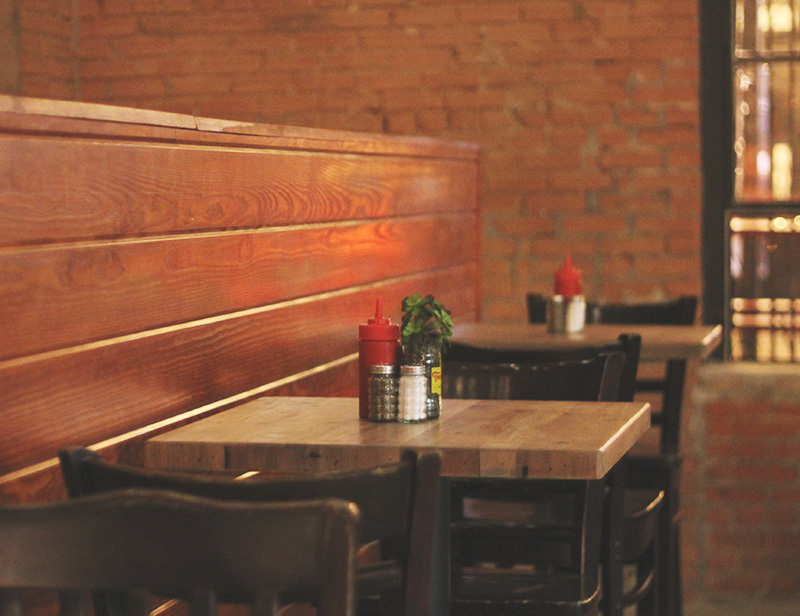 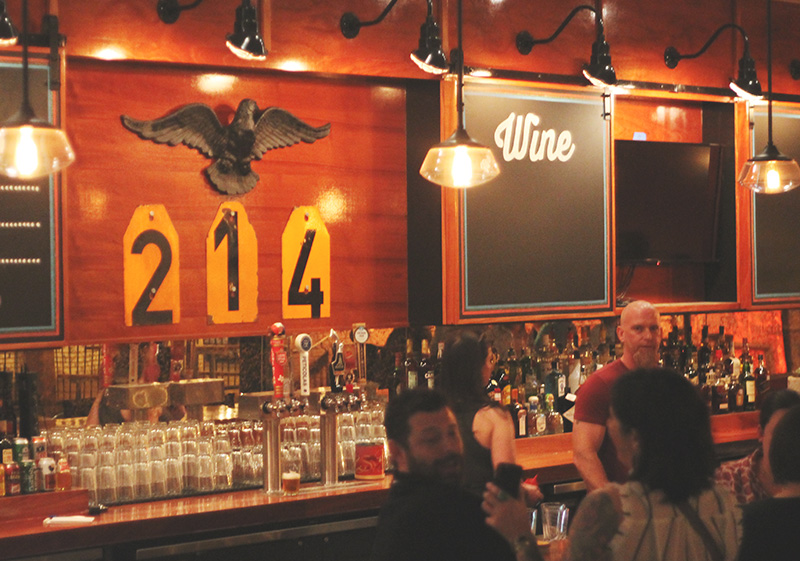 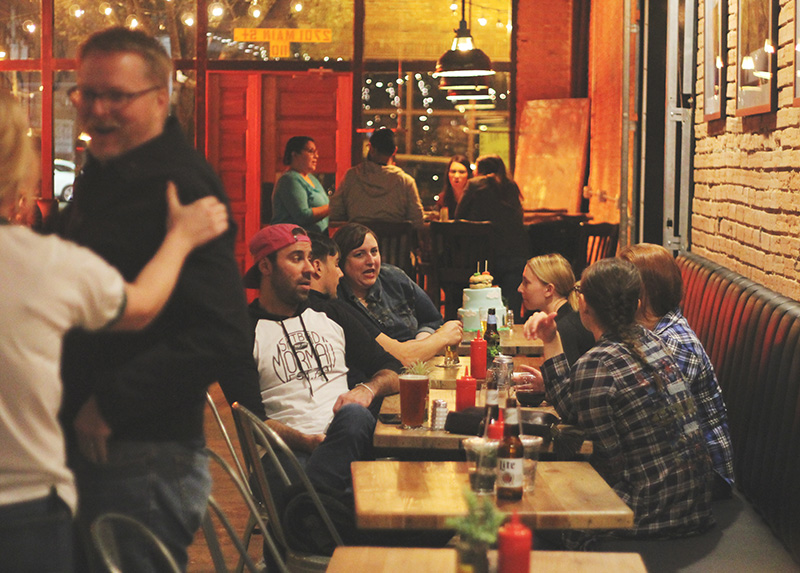 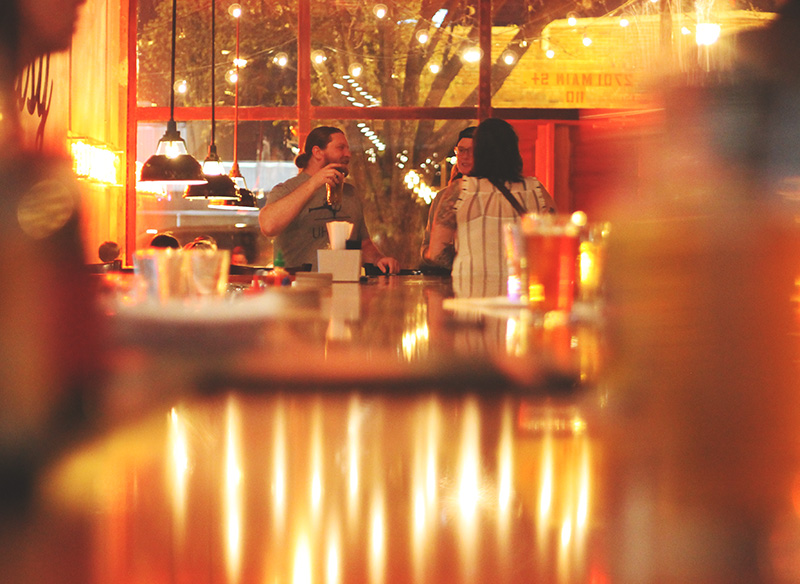 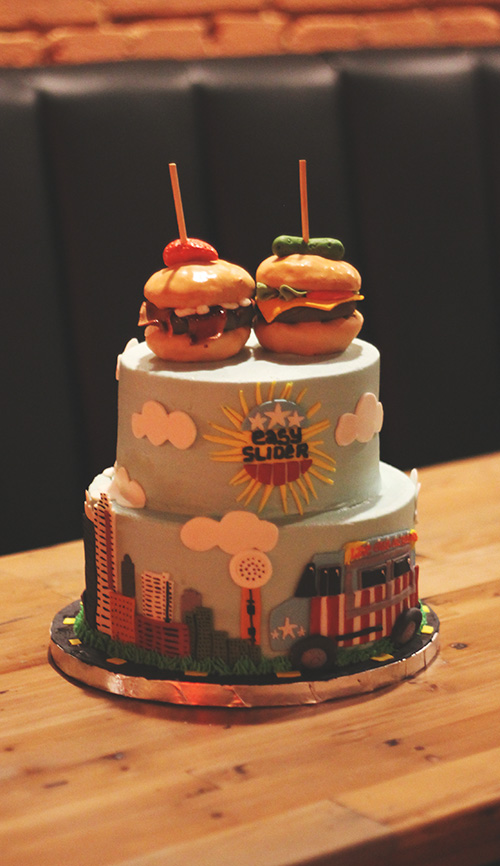 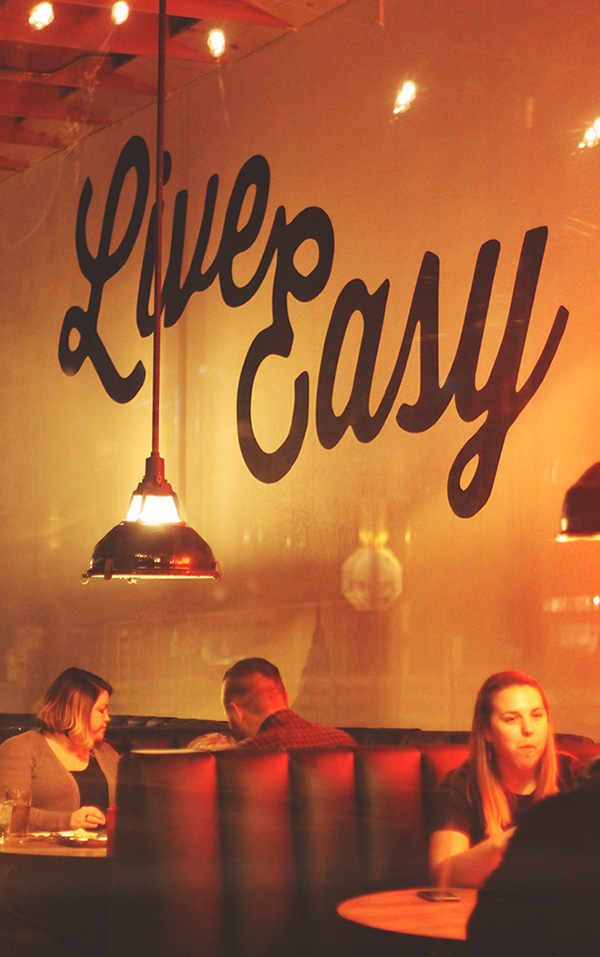 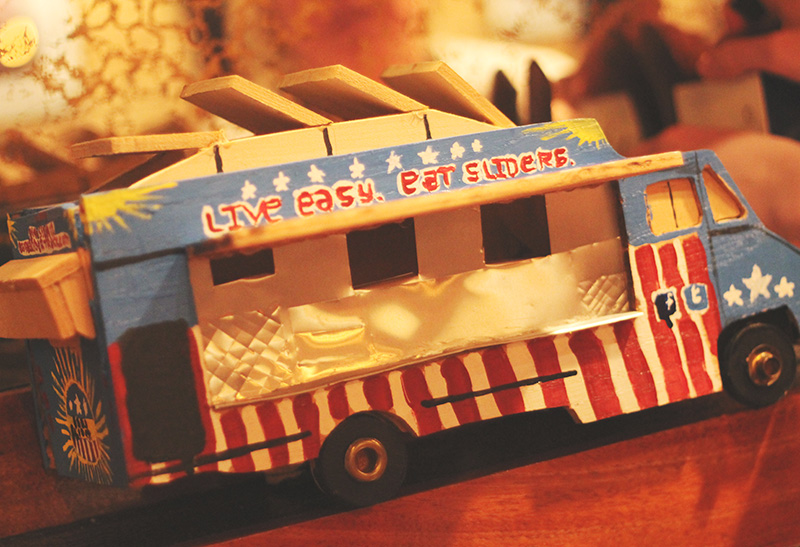 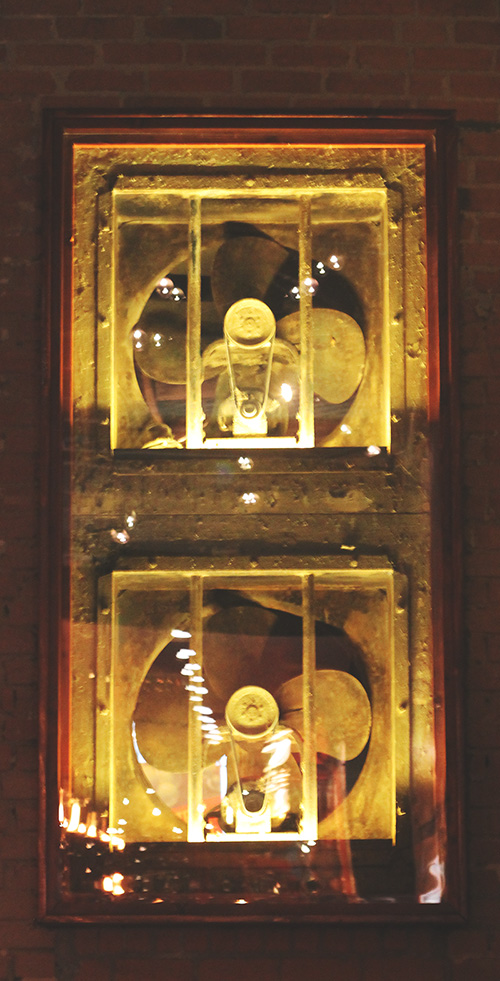 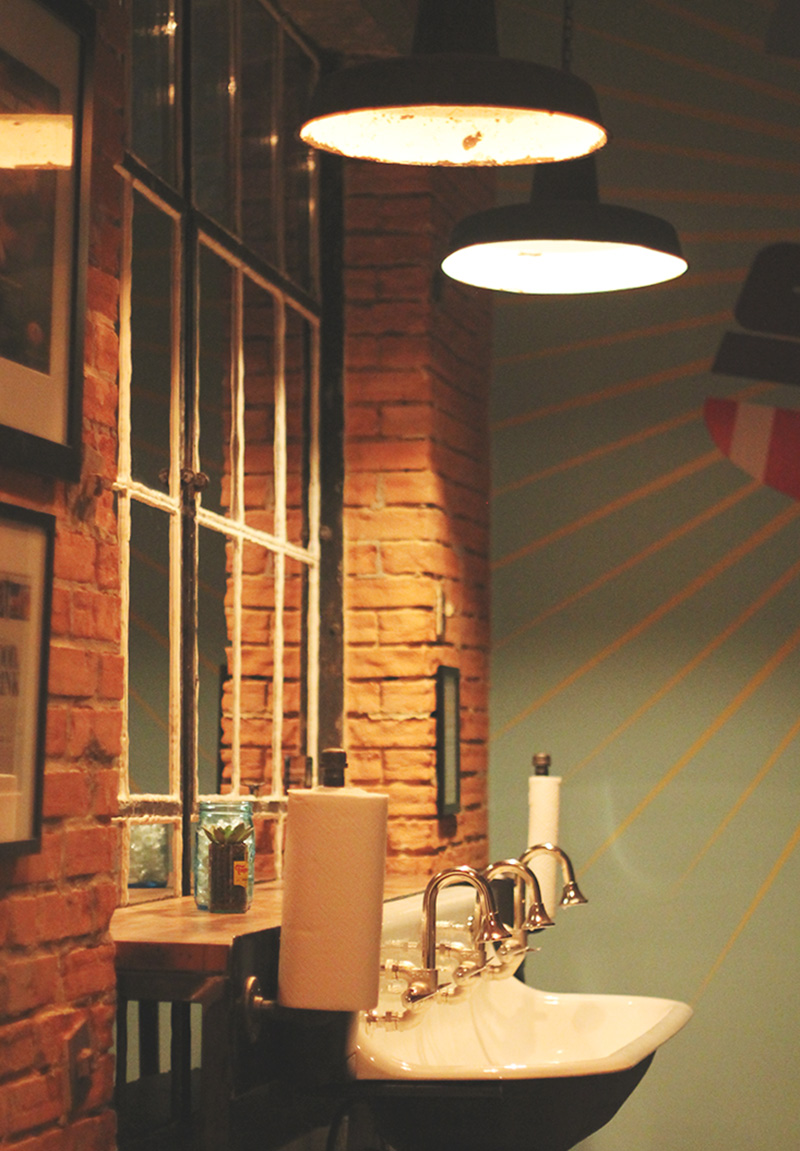 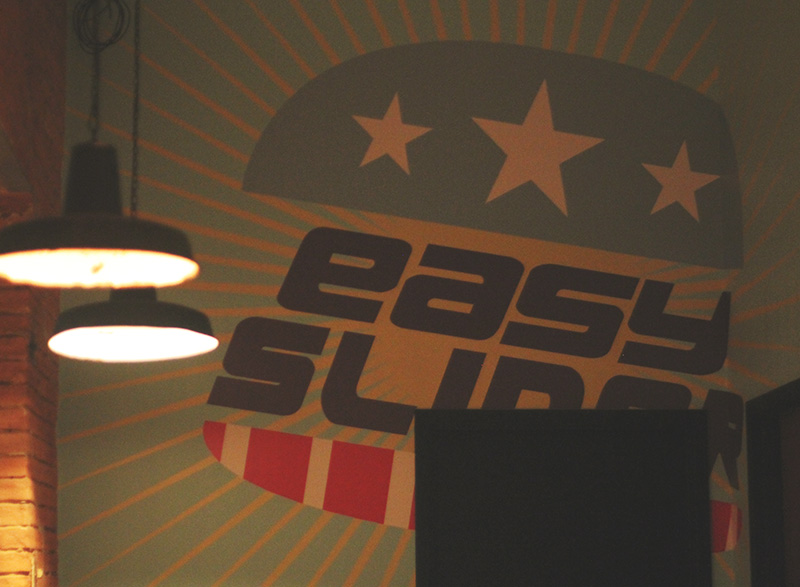 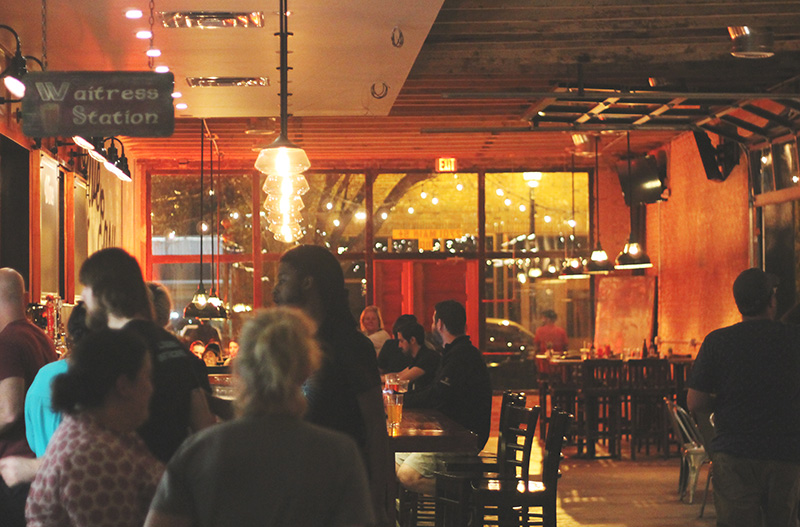 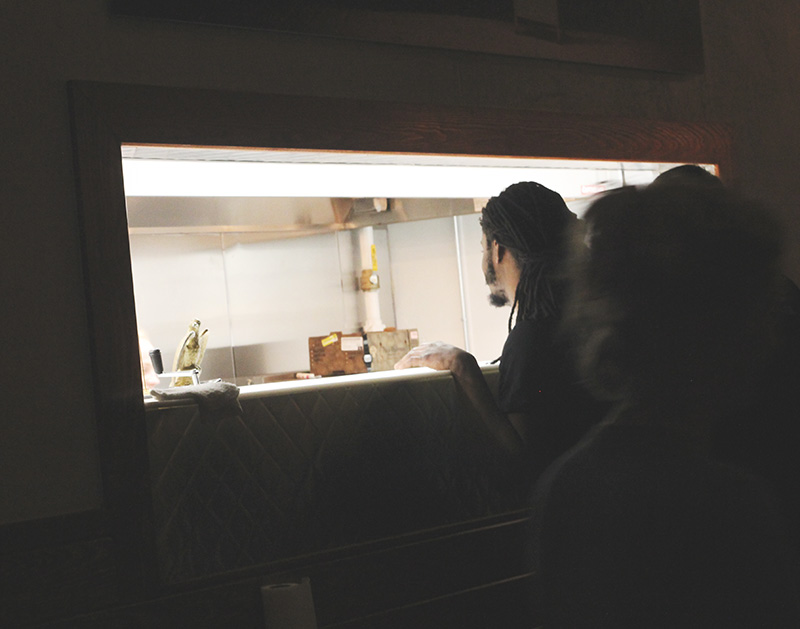 Cover photo and first two photos in slideshow by Jill Smith. All others by Pete Freedman.

After a year-and-a-half of waiting, all of your tiny burger dreams are about to finally come true, Dallas.

Following a string of soft-open runs this week as the staff settles into its new home, the team behind Dallas’ revered Easy Slider Truck fleet will officially open the doors of its brick-and-mortar Deep Ellum home to the public on Monday, March 13.

In other words: Starting next week, there’ll be no more scrambling around the city to try and satisfy for your Sweet & Lowdown cravings — or, for that matter, trying (and failing) to replicate that magic in your own kitchen. Rather, all you’ll have to do is head to 2701 Main Street, where the spot will be serving up each of the six classic sliders it’s served since its food truck’s inception in 2011 — along with a bevy of additional items, too.

As expected, no longer being restricted by the limited storage space and cooking area concerns of a food truck naturally means that Easy Slider’s brick-and-mortar spot will indeed feature a larger menu. And that’s a good thing, indeed: Co-owner Caroline Perini says the Deep Ellum location’s menu will feature more than twice the number of sliders its trucks can serve, with the kitchen slinging a whopping 13 different sliders on a daily basis, plus a “slider of the month” special. As for pricing, sliders will run $5 apiece, with pairs going for $9 and orders of three going for $12. (Certain options, like the seared ahi tuna slider, may incur an additional $1 charge). Beyond that, the new spot will also serve $5 salads with options to include burger options (sans bun) into the mix, as well as a collection of $4 sides including tater tots and beer-battered onion rings.

Design-wise, there are a number of eye-catching aspects to the new space. Beyond the neon Easy Slider logom sign in the window and the neon “eat sliders” command that lines one interior wall, the space is filled with photos taken by Perini over the course of Easy Slider’s food truck run, plus some cheeky vinyl wall adornments in the bathrooms that are perhaps better not spoiled in advance.

Walking east on Main Street, potential customers will immediate spot the restaurant’s expansive, no-frills, picnic-table laden outdoor seating area, which Perini and co-owner Miley Holmes say they hope to continue building out in the months to come. Inside, they’ll be drawn to the featured full bar area in the middle of the indoor space, which the owners hope will become a hangout center withing their new home. Some clever sales ideas should help with the bar’s success, for sure: Beyond the expect-at-this-point craft beer section, Easy Slider will be serving shot-and-drink specials, including a combo order called “The Hipster Girlfriend” that pairs a shot of Jameson with a glass of rosé, and an offering of nine-ounce “lunch beers” that should appeal to the day-jobbers who stop in for a break during the middle of the work day.

To that end, expect the spot to be hopping all day long. In addition to lunch service, the restaurant — and its kitchen — will be open until midnight on Sundays through Wednesdays, with service running until 2 a.m. on Thursday, Fridays and Saturdays.

Basically, Perini and Holmes’ burgers may be small, but their ambitions ain’t in the slightest.