FashMaps Shows You Where Nazis Might Live In Your City. 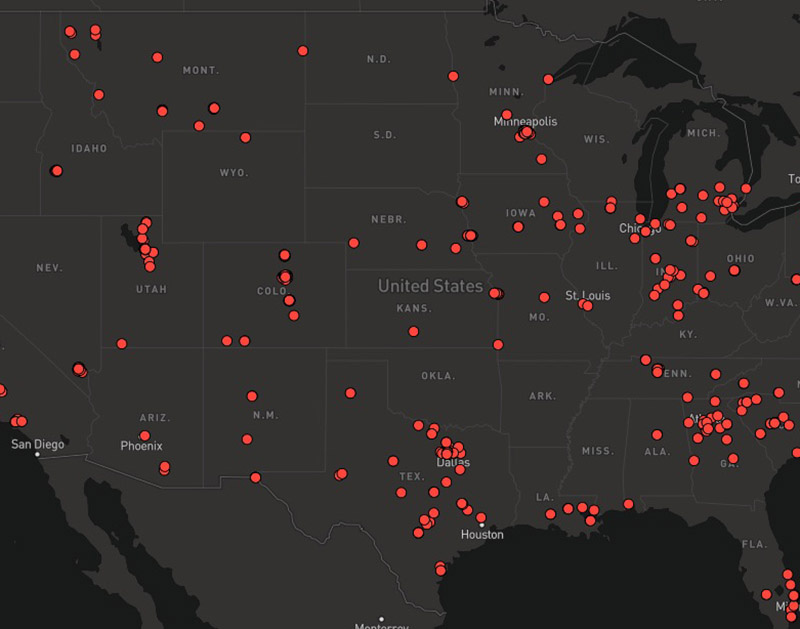 A Days-Old Website Is Scouring Neo-Nazi Message Boards To Find And Map The Locations Of Their Users. And, Unsurprisingly, Lots Of Them Live In North Texas.

Nazis never really went away. They just sort of went into hiding until the internet came along and gave them a place to congregate — a fact that hasn’t been lost upon the five anonymous individuals behind a new site called FashMaps.

Launched on January 28, the site’s main function is serving as a live map meant to show where Nazis live and operate. And, surprising no one, there’s plenty of activity in Dallas and the rest of North Texas. 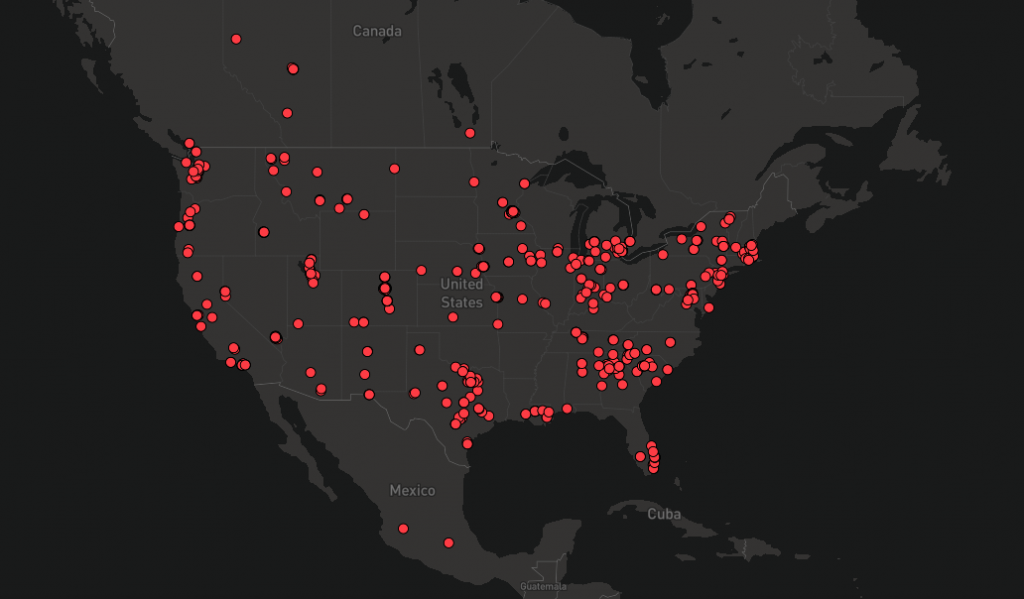 Here’s how the site works: As part of an ongoing process, FashMaps’ moderators manually go through the message boards affiliated with the new-defunct neo-Nazi site The Daily Stormer to look for posts from neo-Nazis who are organizing “pool parties,” “book clubs” and “SBCs (Stormer Book Clubs)”; then, using the locations of these meet-ups, the moderators add geographic data points to their map and hyperlink these plot points to the message board profiles of the event organizers. The still-very-much-in-progress and incomplete effort is being undertaken with the express goal of exposing the geography of the modern Nazi — and to alert people to the fact that such individuals not only can but often do exist right in their own backyards.

(Visitors to FashMaps are welcome to peruse the map and linked profiles as they wish, although boards that are linked to are not visible to anyone who isn’t logged in. FashMaps recommends anyone who creates a profile to curiously explore these boards not use their real email addresses or names when creating a login.)

As of today, FashMaps boasts 22 plots points in the greater Dallas-Fort Worth region, including groupings of three in or immediately around Arlington, another three in or around Grand Prairie and a whopping seven in the general vicinity of Euless — one of whom, FashMaps moderators believe, attended last year’s “Unite The Right” rally in Charlottesville, Virginia, that left one person dead. 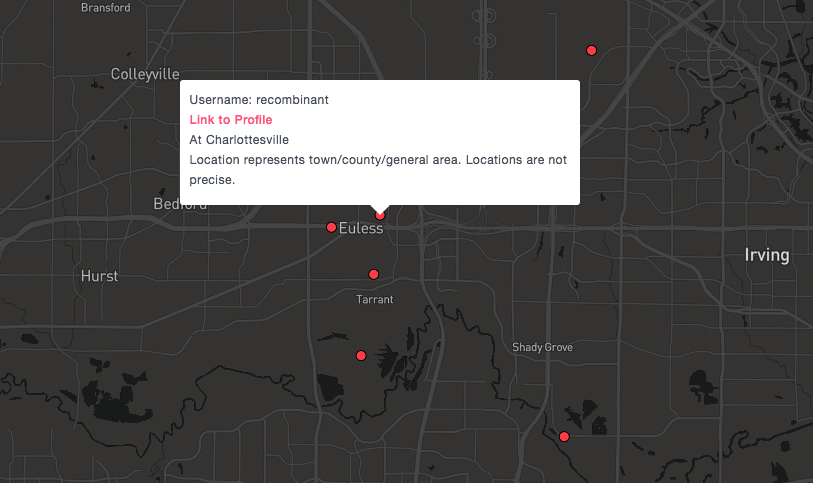 In its five operational days, the site has already gotten more than 250,000 hits — and it’s on track to hit one million visitors in the next 12 hours, according to the reply we received when we reached out to the email listed on FashMaps’ website for more information about their project.

SEE ALSO:
• Dallas’ Most Racist Moments of 2017. // Month By Month, Let’s Look Back At The Egregious Acts Of Racism That Made Our Blood Boil And Earned Headlines In The Dallas Area Throughout 2017.
• Dallas’ Most Racist Moments of 2016. // A Look Back At The Many Prejudiced And Racist Incidents To Make Headlines Across Dallas in 2016.


The person who replied to our email chose not to reveal their identity to us, instead asking that we refer to them as “Simon” while linking to a Wikipedia page for Simon Wiesenthal, a Nazi death camp survivor who went on to literally hunt Nazis to bring them to justice. In that email, “Simon” expressed that part of FashMaps’ efforts were rooted in providing people with visible proof that Nazi and white supremacist activity extends beyond the South, and to show that such activity is actually thriving in areas that might surprise that the greater population might not suspect.

“People, especially liberals, tend to think that just because they live in a big, blue metropolis, that their neighborhoods/cities are immune from the spread of this hateful philosophy,” the email explained. “In reality, those tend to be some of the best breeding grounds for fascists… especially around institutions of higher education.”

That sure sounds familiar. Last year, you may recall, a group of masked men targeted Southern Methodist University to post white supremacist and homophobic signs, and then took to Twitter to brag about their campus visit. Just a year earlier, fliers found on the SMU campus detailed “Why White Women Shouldn’t Date Black Men.” Unsurprisingly, one of FashMaps Dallas data points is — yup, you guessed it — mere blocks away from SMU’s campus. 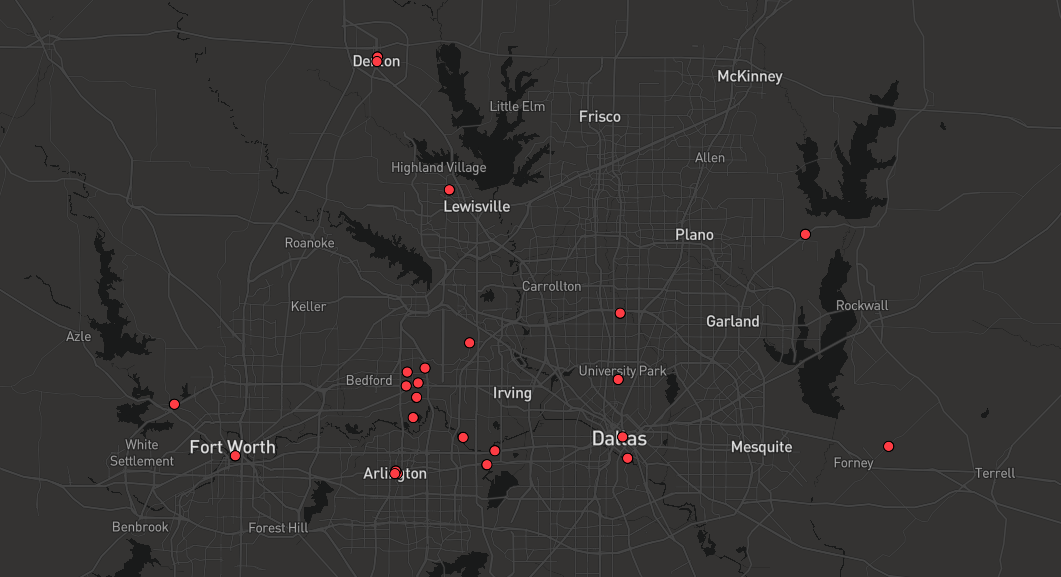 The rest of the data points in the area also correlate with what we found last year during our search for the active hate groups in North Texas.

Still, “Simon” concedes that FashMaps’ research is by no means 100 percent accurate. Its data, “Simon” notes, is strictly populated by the information the Nazi users willingly provide online.

“There’s always the possibility of people misinterpreting the data through their own biased filters or not understanding that point-precision is not the goal of the map,” the email we received read. “As for trolling, there is, of course, some of that. However, we have targeted our focus on the ‘book club’ forums, and those are comprised largely of fascists seeking to organize in the real world.”

Speaking of the real world, “Simon” says that FashMaps has already been contacted by users of the message boards from which the moderators are culling their data — and that it appears that those who have contacted the site are nervous about being targeted.

To that, “Simon” had only one response: “Now they can taste their own poison.”