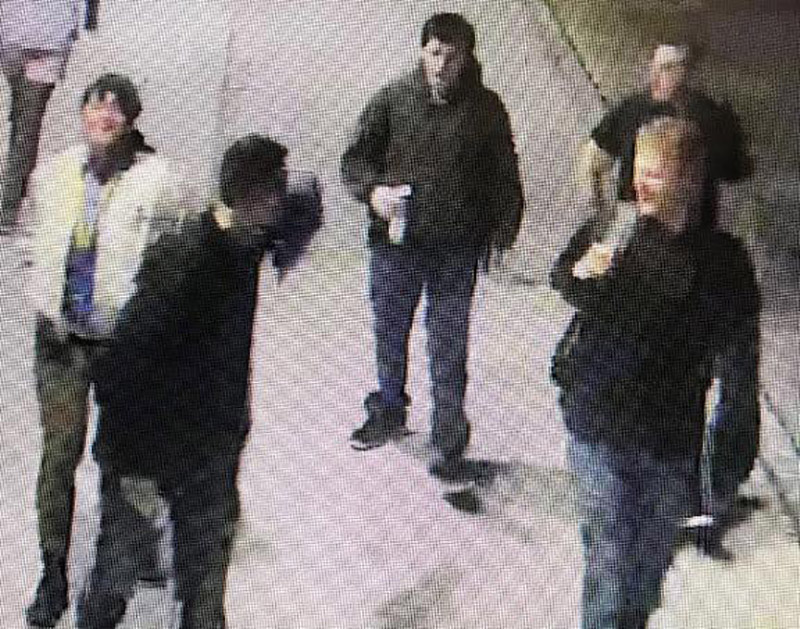 Southern Methodist University sure seems to be a magnet for white supremacist activity, huh?

The latest such incident took place on Saturday night, as five masked individuals walked onto SMU’s campus and hung up a white supremacist banner that read “White Men! Save Your People From The Opioid Beast!”

The individuals also posted homophobic fliers around campus and shared images of their masked selves on social media, giving a Nazi salute.

In a Facebook post, SMU’s police department announced that it was investigating the matter and that a group known as the Texas Vanguard had claimed responsibility for the action

“The SMU Police Department is seeking the public’s assistance in identifying five persons of interest who may have information regarding fliers that were posted outside campus buildings, as well as a banner and flier that were hung near the lacrosse field,” part of that statement reads.

The SMU police department also released screenshots from surveillance footage that show the individuals’ faces in that same Facebook post:

That said, it doesn’t exactly look as if the Texas Vanguard group is trying to hide from its actions, as it took to Twitter to boast about its campus visit:

We had a great night at @SMU pic.twitter.com/GJSVuaZJiF

The group Texas Vanguard apparently has an ongoing effort to recruit on college campuses across Texas, as Texas Monthly reported earlier this year. The group claims it has distributed and posted fliers at Rice University, the University of North Texas, UT Austin, Texas State, Collin College and Abilene Christian University already. Now, it can add SMU to that list.

Of course, this is not the first time white supremacist propaganda has been spotted on SMU grounds. In November of last year, students found flyers in multiple buildings that detailed “Why White Women Shouldn’t Date Black Men.”

Perhaps these groups think they’ll find a fertile recruitment ground at SMU as the university’s student population isn’t really known for being inclusive? A couple years ago, you may recall, some fraternities tried (and failed) to throw a culturally insensitive them party that called for people to “dig out your bling, throwback jerseys, and tall tees because this party [was] going to be lit!”

Given SMU’s already sullied reputation with this stuff, here’s hoping the school figures out how to handle and quell this most recent situation sooner than later.