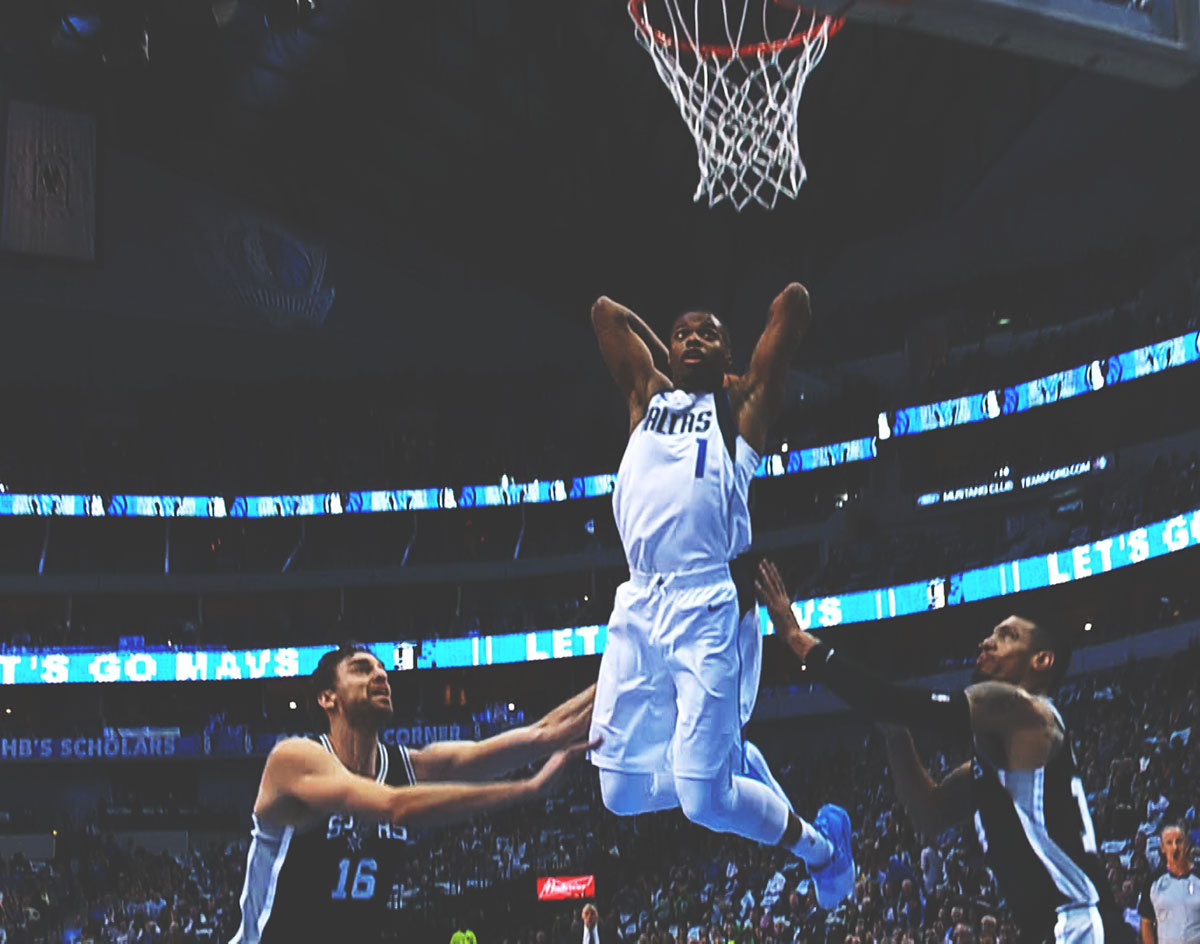 After Weeks Of Teases, The NBA Has Formally Revealed That High-Flying Dallas Maverick Rookie Dennis Smith Jr. Will Compete In The 2018 Slam Dunk Contest.

After months of speculation followed by a solid week-plus of rumor and denials, the NBA just made it official: Dallas Mavericks rookie point guard Dennis Smith Jr. is going to participate in the 2018 Slam Dunk Contest on Saturday, February 17, in Los Angeles.

It’s an interesting field he’ll compete against, too. Here’s who he’s up against:

It’s also worth noting that, the night before the dunk, Smith will also participate in the annual Rising Stars Challenge featuring the league’s top up-and-coming players. Smith pretty clearly belongs in that event — 44 games into his rookie season, he is averaging 14.8 points, 3.9 rebounds and 4.8 assists per game.

But the 20-year-old J. Cole pal, Pappadeaux fan and Black Mirror obsessive who once thought Dirk Nowitzki’s first name was “Dirt” without a doubt belongs in the dunk contest. It’s his destiny, really: Beyond the fact that he’s been rightly earning praise all season long due to his affinity for big in-game dunk attempts and scoring points with fans even for his missed efforts, Smith’s first ever in-game dunk — a feat he pulled off when he was just an 11-year-old — was a goddamn windmill.

Just take a look at the following compilation of his top dunks from the first half of the 2017-2018 NBA season and try not to marvel at what this dude might be able to pull off without any defenders around him.

Yeah, it should be pretty fucking sick. Here’s looking forward to it.