Farmers Branch’s Next Mayor: The Candidate With DUIs Or The One Accused Of Sexual Harassment? 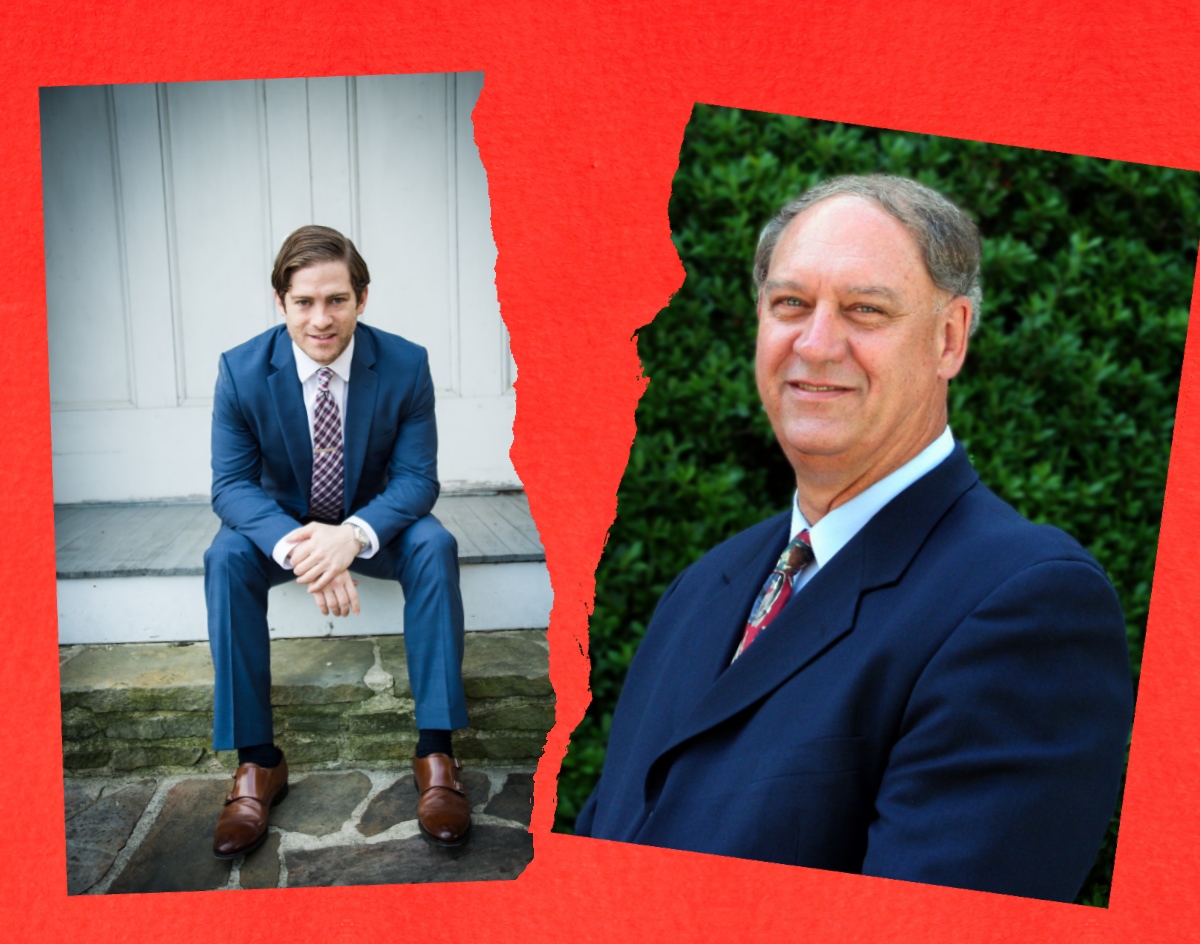 Between The Fresh-Faced Candidate With A Rap Sheet, And A Seasoned Conservative Candidate Accused of Sexual Harassment, The Farmers Branch Mayoral Race Ain’t Boring.

If you followed the recently wrapped John Wiley Price trial, your impression of Dallas politics might have taken a bruising. But would it help restore your faith in our city’s government if we pointed out that Farmers Branch, of all places, has enjoyed a mayoral race with some truly eyebrow-raising moments? Admittedly, making ourselves look slightly better by pointing out how someone else might be worse falls short of lofty, Mr. Smith Goes to Washington-esque inspiration, but, well, it’s the best we can do at the moment.

It maybe shouldn’t come as a huge shock that Farmers Branch’s current races are so wacky given the suburb’s history. To many, Farmers Branch will forever be thought of as “the town that tried to ban Mexicans,” since, well, the town gained national prominence thanks to its failed effort to approve an aggressive anti-immigration housing ordinance that was originally proposed in 2006. The fight dragged on all the way until 2014, when the Supreme Court rejected the city’s request to make its case yet again on the final, highest stage after a lower court declared that the proposal was unconstitutional.

Thanks to those infamous anti-immigrant efforts, the city’s gained a reputation for seeming detached, stodgy, and, frankly, white as hell. If you were surprised to learn that people in the DFW area get together and play baseball according to Civil War-era rules, that shock may have been dulled some when you found out they were doing it in Farmers Branch — a place that had already proved itself dedicated to backwards ideas and values.

If your impression of the town is still flavored by those rejected ordinances (an association that was apparently still on people’s minds as recently as last year), you might think that the provincial closed-mindedness and partisan leanings of the town would make its elections mere formalities. However, the mayoral race — between Robert Dye, Marc Traynor, Andy Olivo and current city council member Harold Froehlich (current mayor Bob Phelps isn’t running) — has hit a few patches of unexpected turbulence thanks to information revealed about leading candidates Dye and Froehlich.

Dye initially stood apart in the race for his youth, and he used that distinction to brand himself as a particularly forward-thinking candidate. But he’s recently found himself in trouble thanks to the Friends of the Branch PAC, who are openly endorsing Froehlich. They dredged up Dye’s criminal record on their website, and it consists of several alcohol-related offenses between 2009 and 2015. (Some of those cited offenses address issues with parole requirements stemming from the charges detailed on the website.)

The post on their website detailing those arrests came on April 4. But that PAC’s preferred candidate, Froehlich, didn’t have the best April 4 himself. During a city council meeting that evening, there was a charged moment during the Citizen Comments portion where Farmers Branch resident Vicky Harrison referred to a sexual harassment allegation brought against Froehlich by a city employee. (She also referred to a statement made by the councilor to the Preston West Republican Women about how older men aren’t able to talk to younger women — possibly a roundabout defense against the allegation cited, although, considering she was cut off by the council the moment she said Froehlich’s name, the intent behind including that reference was lost.)

You wouldn’t know Harrison made a statement at all from the recorded meeting minutes, where the only information in the Citizen Comments section states that Bitsy Laney recited a diary entry from Dr. Gilbert, a Farmers Branch resident from the town’s early days. But those minutes are skewed; Kirk Connally actually read the passage. (Aside: Apparently reading old diary excerpts is a thing that happens in these meetings. Will our descendants recite our Facebook posts, or proudly tell council members about the anniversary of our pinned tweet? Assuming the internet survives the next hundred or so years, they almost certainly will, and your thoughts will probably be greeted with the patronizing patience exhibited by our city councilors today.) Harrison’s statement missing from the minutes is a curious omission, especially since the exchange is still available via video.

(Harrison starts around the 2:09:00 mark).
Farmers Branch may have earned its reputation for being a socially retrograde and unwelcoming place, but let’s face it, it’s not hard to pin those associations on suburbs generally, especially when you remember that they acted as government aided refuges for white families who wanted to escape integration in the 20th century. In many ways, Farmers Branch being called out for having a discriminatory housing ordinance in 2006 was the civic equivalent of a band getting famous by playing a cover song.

On the other hand, when you consider how prominent immigration-based legislation became in the wake of the latest presidential election, maybe those 2006 ordinances were ahead of their time. Between that, and the presence of a candidate pushing through his campaign in the face of sexual harassment issues, maybe Farmers Branch deserves more credit for being hip to today’s political climate.

The town may like its baseball vintage, but its elections look depressingly in tune with our present.