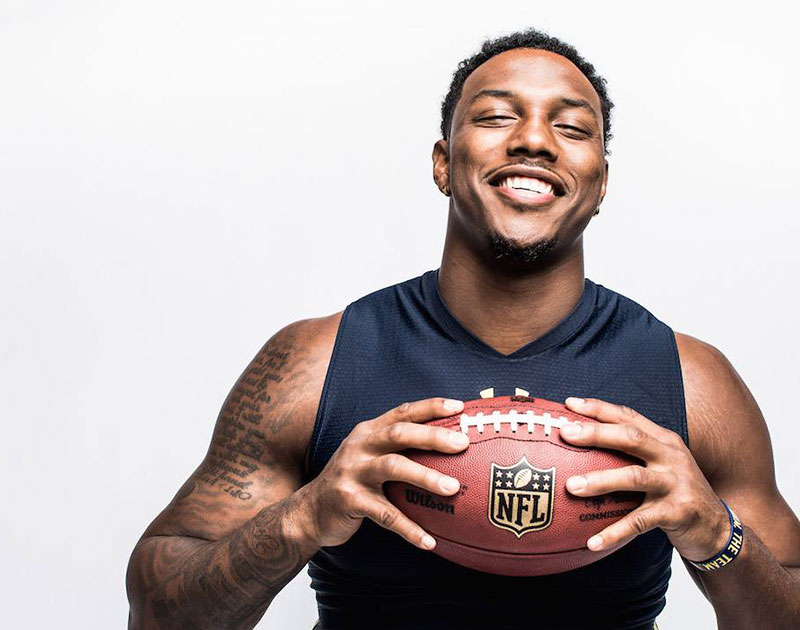 The 2017 NFL Season Is Just About 19 Sundays Away. Did The Dallas Cowboys Do Well Enough In The NFL Draft To Compete This Year?

Following the departure of a few key — eh, it’s debatable — members of its defense to free agency, the Dallas Cowboys’ front office has been tasked with a little bit of rebuilding on that side of the ball in advance of the start of the 2017-2018 season. And, confirming what we already knew, Jerry Jones and the rest of the Cowboys’ front office wanted to use this year’s NFL Draft to tackle those concerns.

Following the loss of the majority of its secondary earlier this offseason — safeties Barry Church and JJ Wilcox and cornerbacks Morris Clairborne and Brandon Carr all walked and picked up contracts elsewhere — the Cowboys concentrated mainly on defense at the 2017 NFL Draft in PHILTHYdelphia, using seven of their nine picks in the draft to strengthen that side of the ball.

That was kind of expected heading into the draft, true. But Cowboys fans all over the country were still full of anticipation as they sat around guessing who would be chosen with the Cowboys’ first overall pick at No. 28. Kind of late — but, hey, that’s the price you pay for having a good season (13-3, ya bitch!).

So how did the Cowboys do with that first pick and the eight that followed over the next next few days? Were their efforts enough to save the depleted defensive roster?

Here’s a pick-by-pick breakdown that aims to answer those questions.

Round 1, Pick 28: DE Taco Charlton (University of Michigan). Needless to say, #CowboysNation had mixed feelings about the first pick being used on Taco Charlton, the defensive end from Michigan. But the team needs help getting pressure on the quarterback just as much as it needz help defending opposing receiving corps, and with edge rusher Charles Harris of Missouri off the board six picks before the Cowboys selected, and this particular draft boasting a deep pool of secondary talent, Taco was the right move. Oh, and for those fans out there wondering why the Cowboys picked him over T.J. Watt? It’s not that complicated: Watt played the 3-4 scheme in college, and Charlton played in the 4-3 scheme. He’ll have an easier transition into defensive coordinator Rod Marinelli’s defense. Grade: B-.

Round 2, Pick 60: CB Chidobe Awuzie (University of Colorado). With the 60th pick, the Cowboys selected corner back Chidobe Awuzie, a player who started all four years during his time at Colorado. While playing for the Buffaloes, he was considered as one of the best defensive backs in college, and his NFL ceiling is high. He’s big and fast, equipped with 4.43 speed. Expect him to earn snaps right away. Hell, he should! Grade: A.

Round 3, Pick 92: CB Jourdan Lewis (University of Michigan). The 92nd pick continued the defensive restoration with the Cowboys picking dominant cornerback Jourdan Lewis from Michigan. Known for his great man-to-man coverage, Lewis is NFL-ready without ever having taken a professional snap. That’s a good thing! He looks likely to take over slot corner duties if Orlando Scandrick is too busy on the sidelines with injuries (which would also be a good thing). But there’s some bad news, too: Lewis’ stock dropped because he’s dealing with a domestic violence charge, albeit one he feels 100 percent will be dropped. We’ll have to wait and see; he’s set to appear in court on July 24, which is the first day of Cowboys training camp practice. Assuming the charges get dropped, this is a great value pick. Grade: A.

Round 4, Pick 133: WR Ryan Switzer (University of North Carolina). After spending two days beefing up their defense, the Cowboys made their first offensive pick with the 133rd overall pick — a bit of a surprise since both Iowa corner Desmond King and Louisiana Tech safety Xavier Woods were still on the board at this point. But this pick has potential. In Ryan Switzer, offensive coordinator Scott Linehan got himself a new weapon who’s also a monster on special teams, with seven returns for touchdowns in his college career (and four more called back because of penalties). Switzer should contribute immediately on special teams with those abilities, and he’ll likely earn some offensive snaps, too. He’s a shifty, fast slot receiver who calls to mind former Patriots/Broncos wideout Wes Welker, and current Patriots wideouts Danny Amendola and Julian Edelman. Better yet, he’s a bit bigger than Cole Beasley, who currently fills the slot role for Dak Prescott, and he’s seemingly faster than both Beasley and Lucky Whitehead. Grade: A.

Round 6, Pick 191: S Xavier Woods (Lousiana Tech University). The Cowboys didn’t have a fifth round pick because they traded it to the Bills for the undeniable, incomparable, astonishing talent that is Matt Cassel in 2015. (Sarcasm!) But then they went and traded next year’s fifth-round pick to move up 20 spots and pick Woods, a player that should’ve gone by the fourth round and was shockingly still around this deep into the draft. This dude should be the real deal. He’s a hard-hitting ball hawk, which is really all you want in a safety. And after collecting 14 interceptions in college, he’s projected to step in and start at safety from Day 1. A fuckin’ steal! Grade: A+.

Round 6, Pick 216: CB Marquez White (Florida State University). With their second pick in the sixth round, the Cowboys took another corner in Marquez White. After the earlier secondary selections, this one seems to be mostly for depth, with coaches banking on some big-time college experience in the ACC maybe turning this guy into an NFL-ready player. Depth is cool, I guess. Grade: B.

Round 7, Pick 228: DT Joey Ivie (University of Florida). He might make the team. Also, he might not. Another depth pick, but that’s how it goes this late in the draft. Grade: C.

Round 7, Pick 239: WR Noah Brown (Ohio State University). Ezekiel Elliott vouched for him to be picked. And he’s said to have really high ceiling by Stephen Jones. Grade: C.

If the Cowboys came into this draft looking to improve their defense, then they did just that, significantly improving their secondary and adding a pass-rusher, too.

On top of that, they grabbed a special teams ace and possible replacement for Lucky Whitehead? What more could a fan want?

Most of these players, if not all, could come in and contribute right away. And with Dak and Zeke proving last year that the Cowboys are ready to win right now, they are arriving right on time.