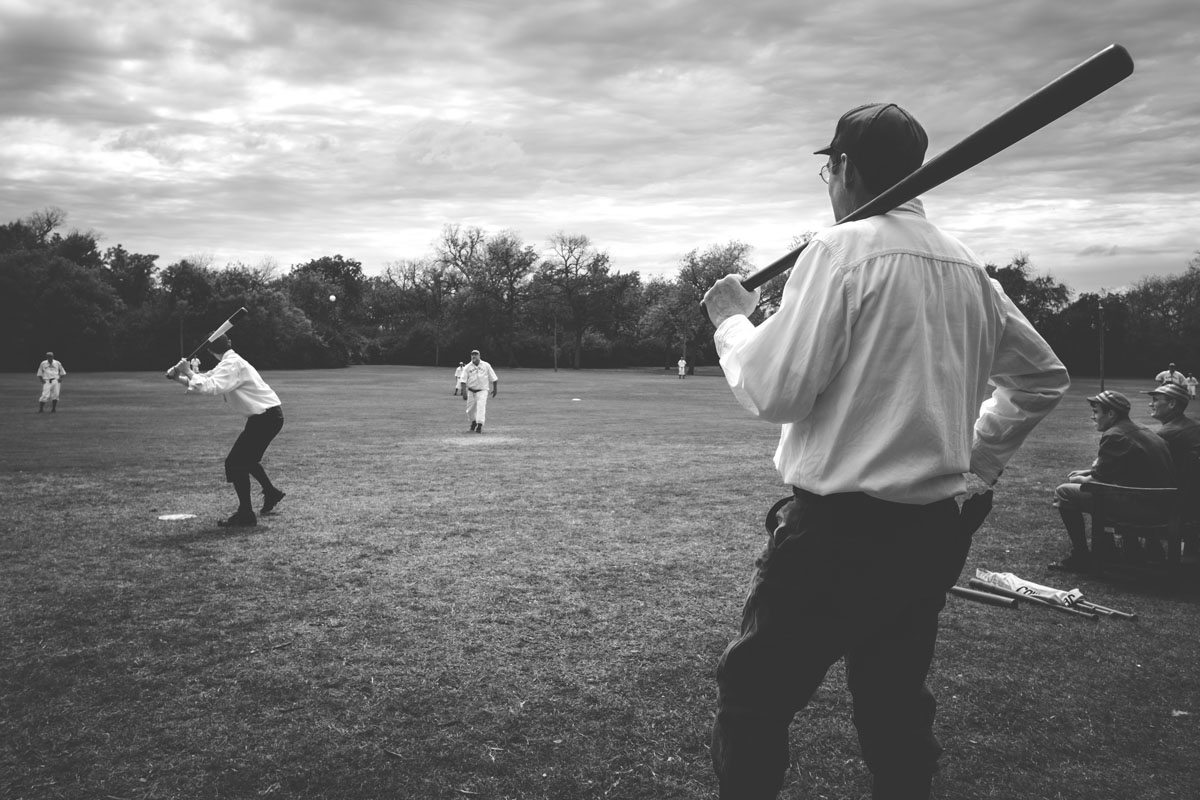 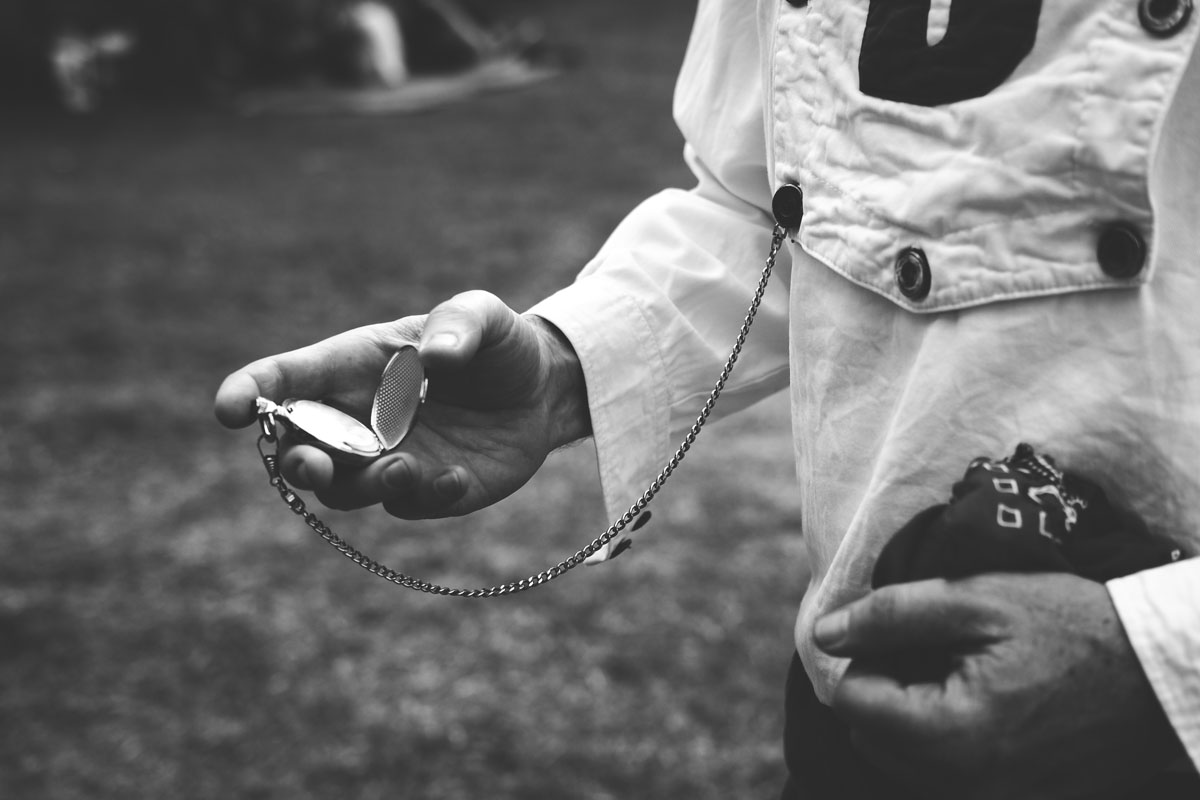 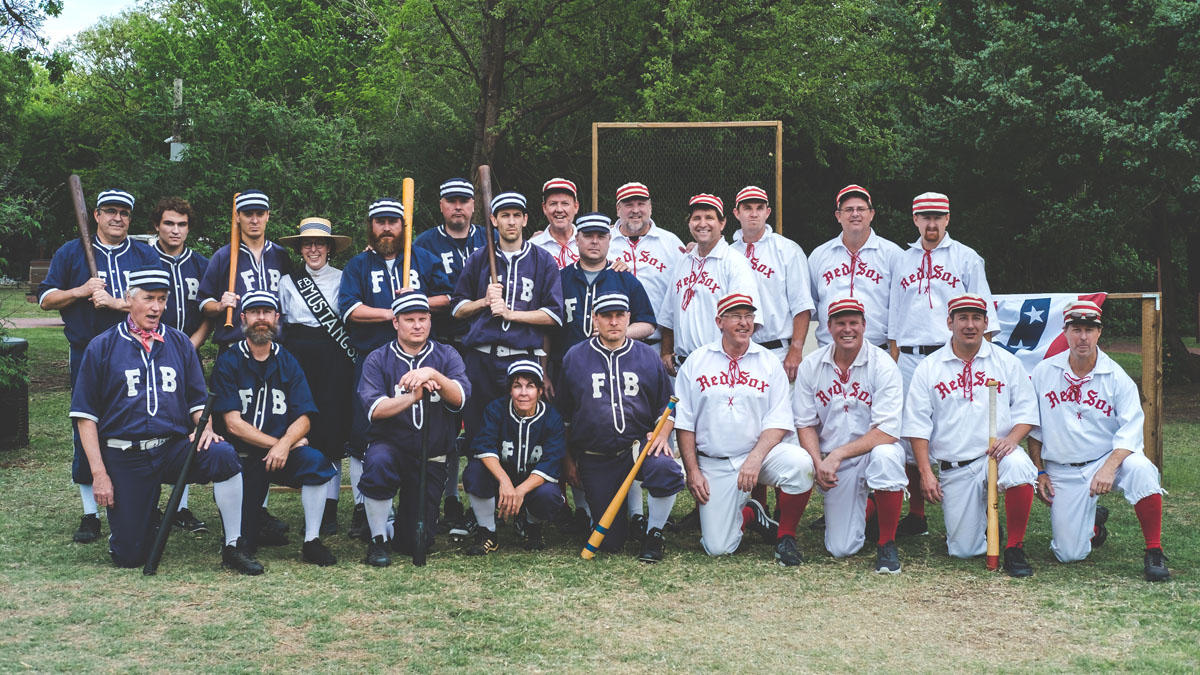 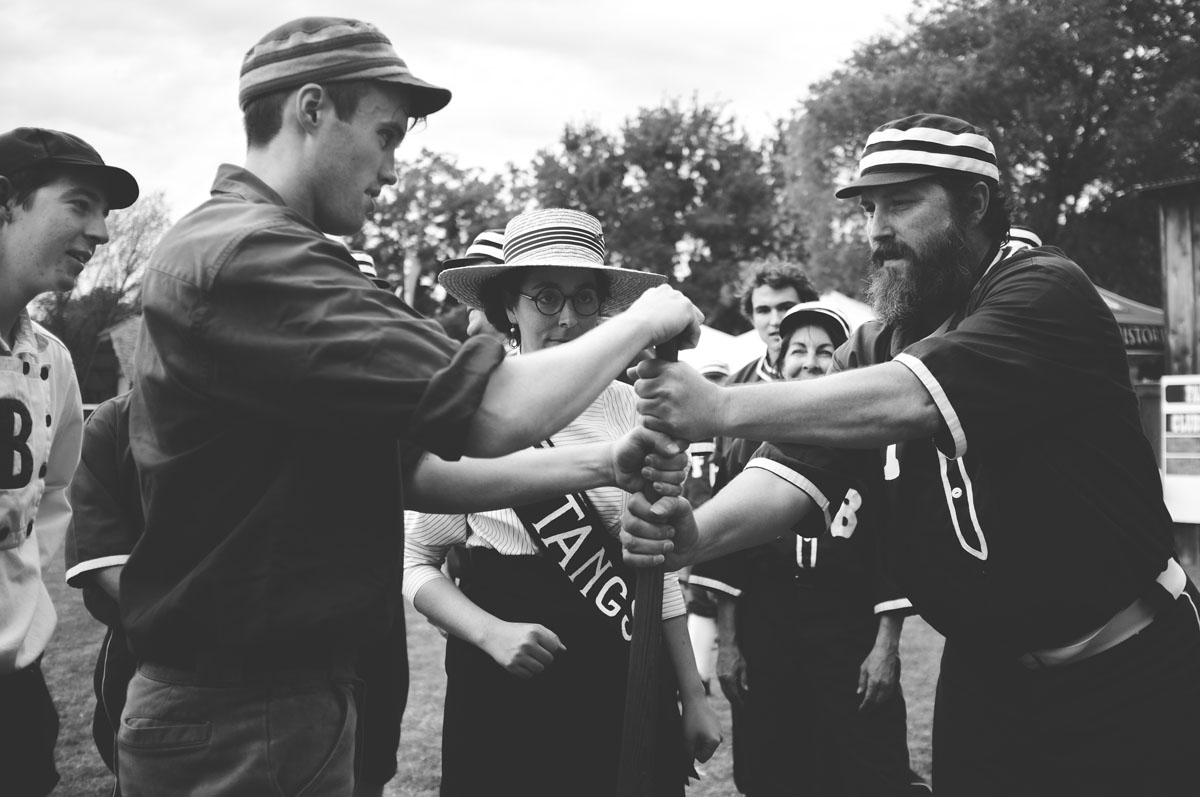 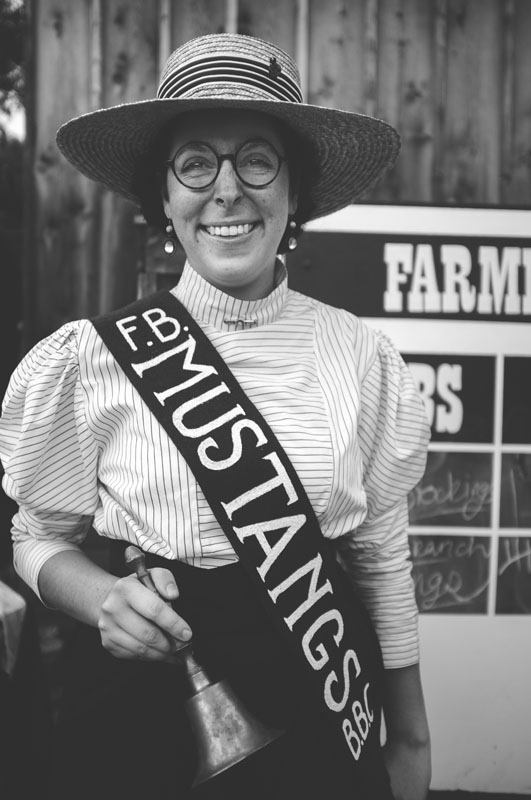 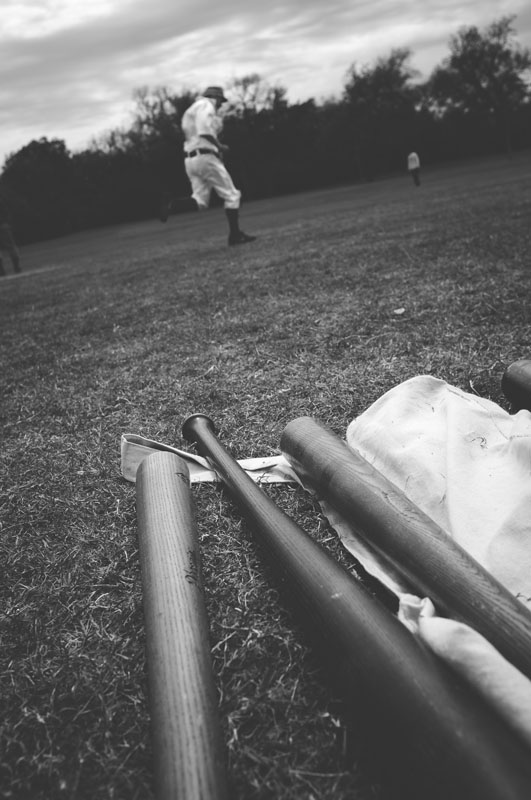 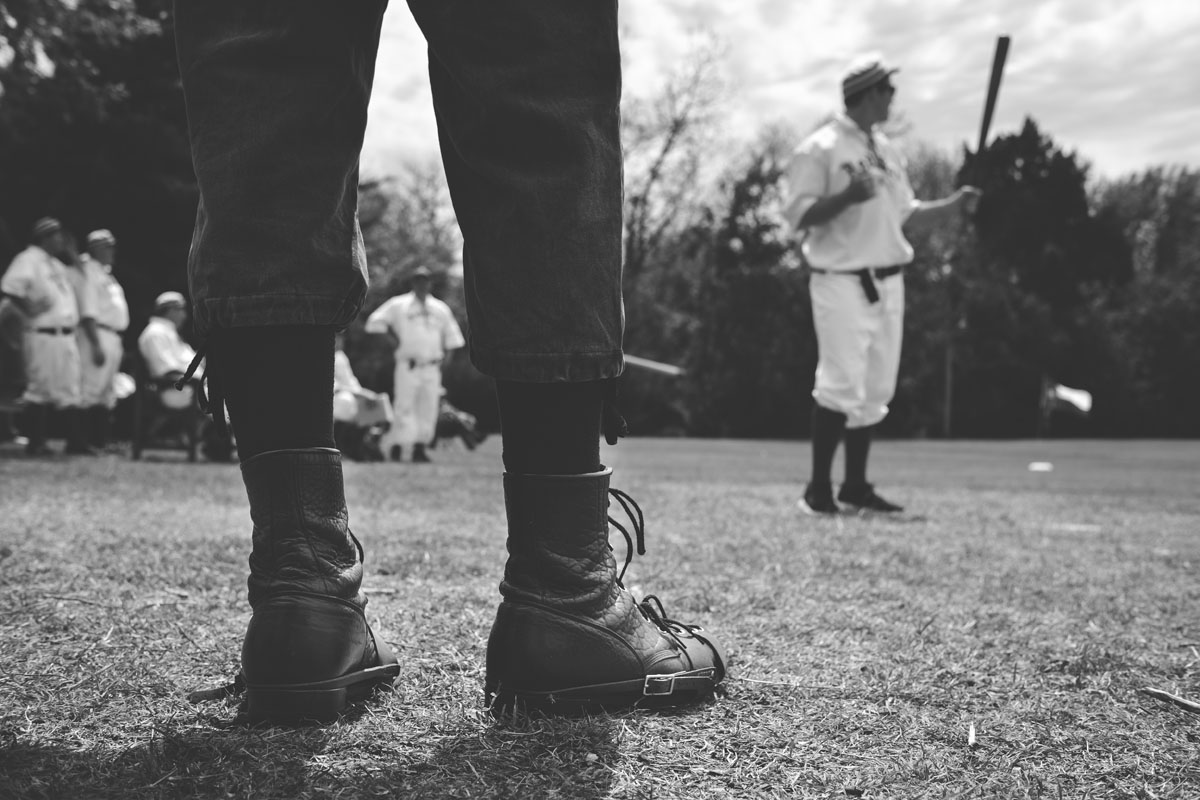 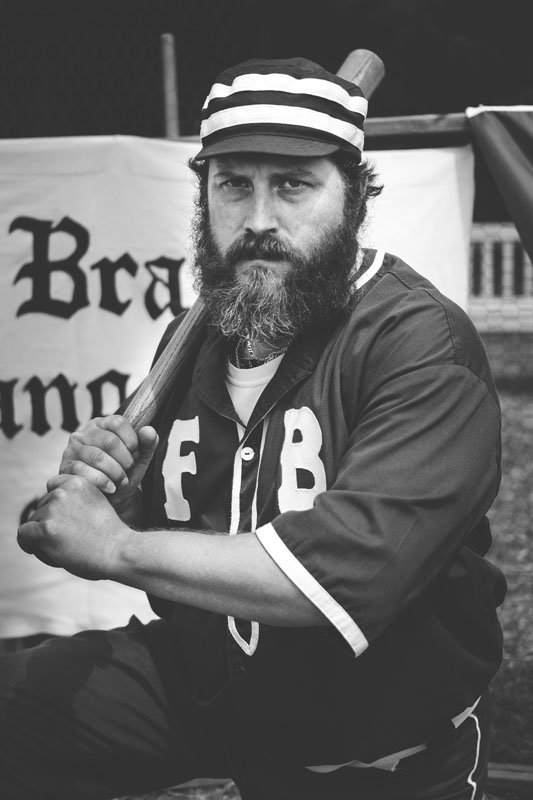 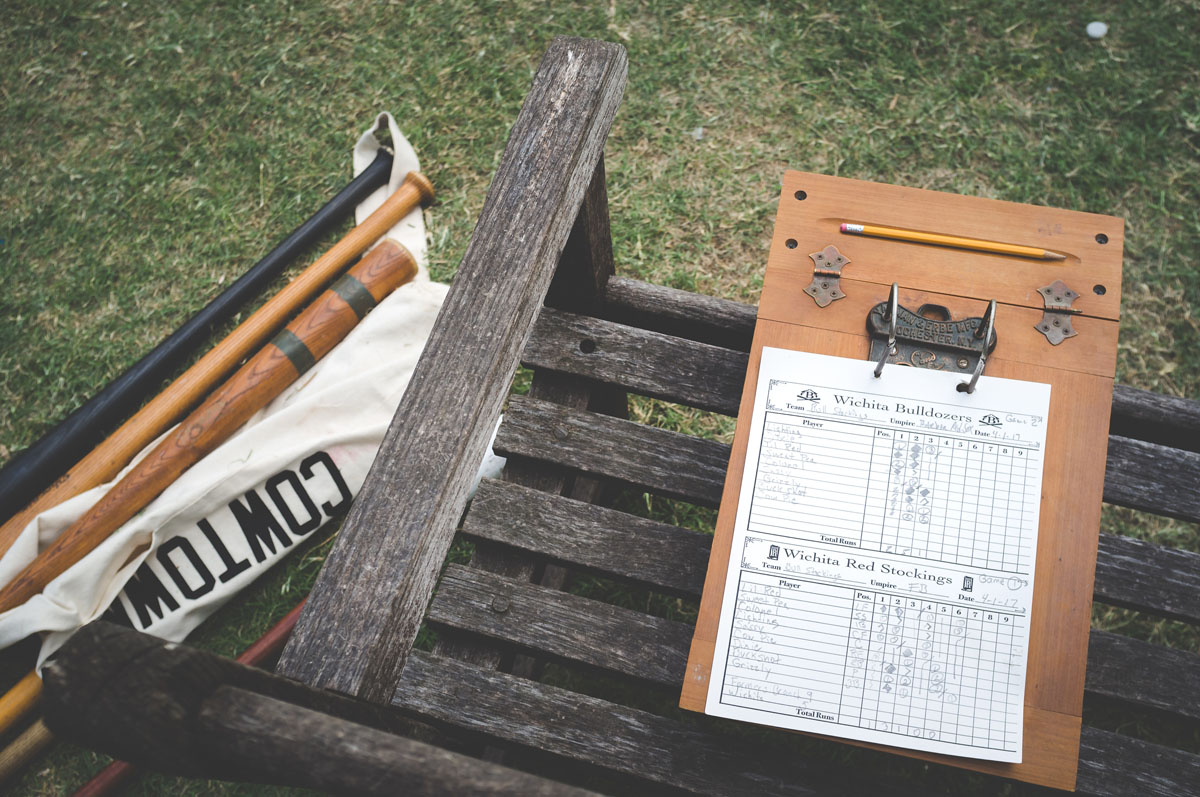 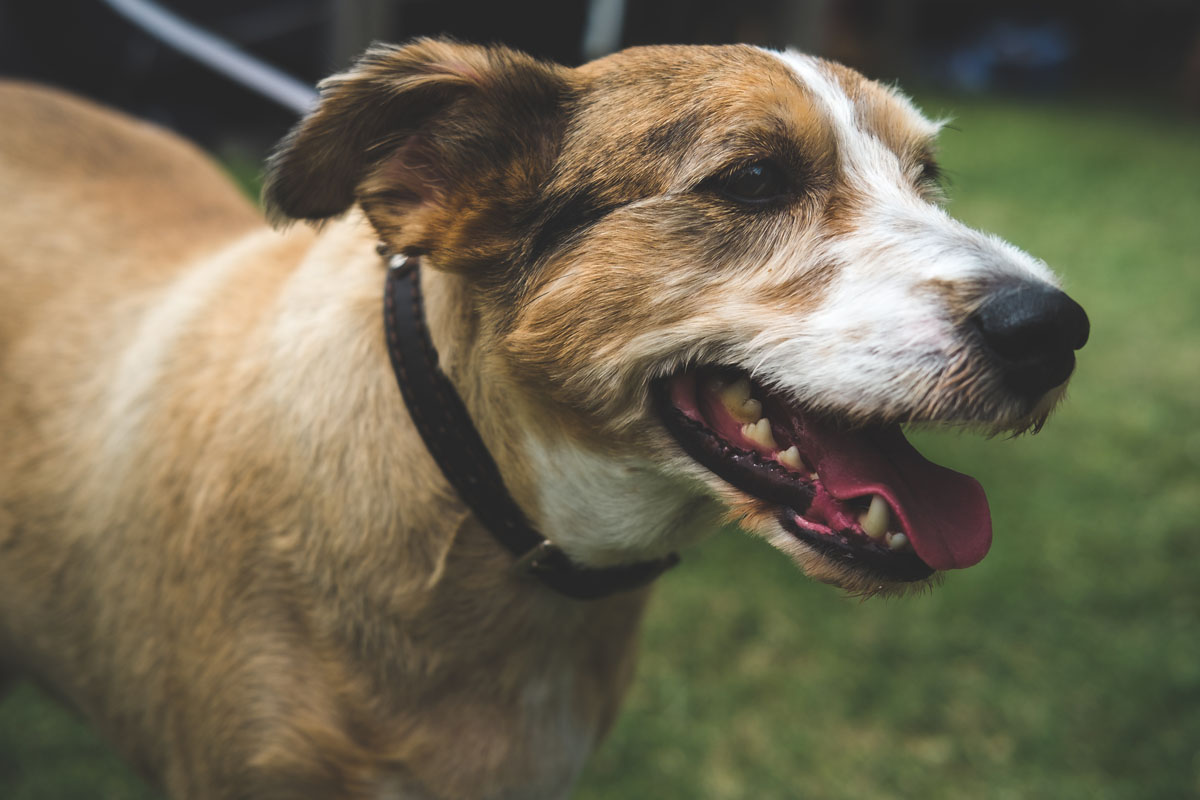 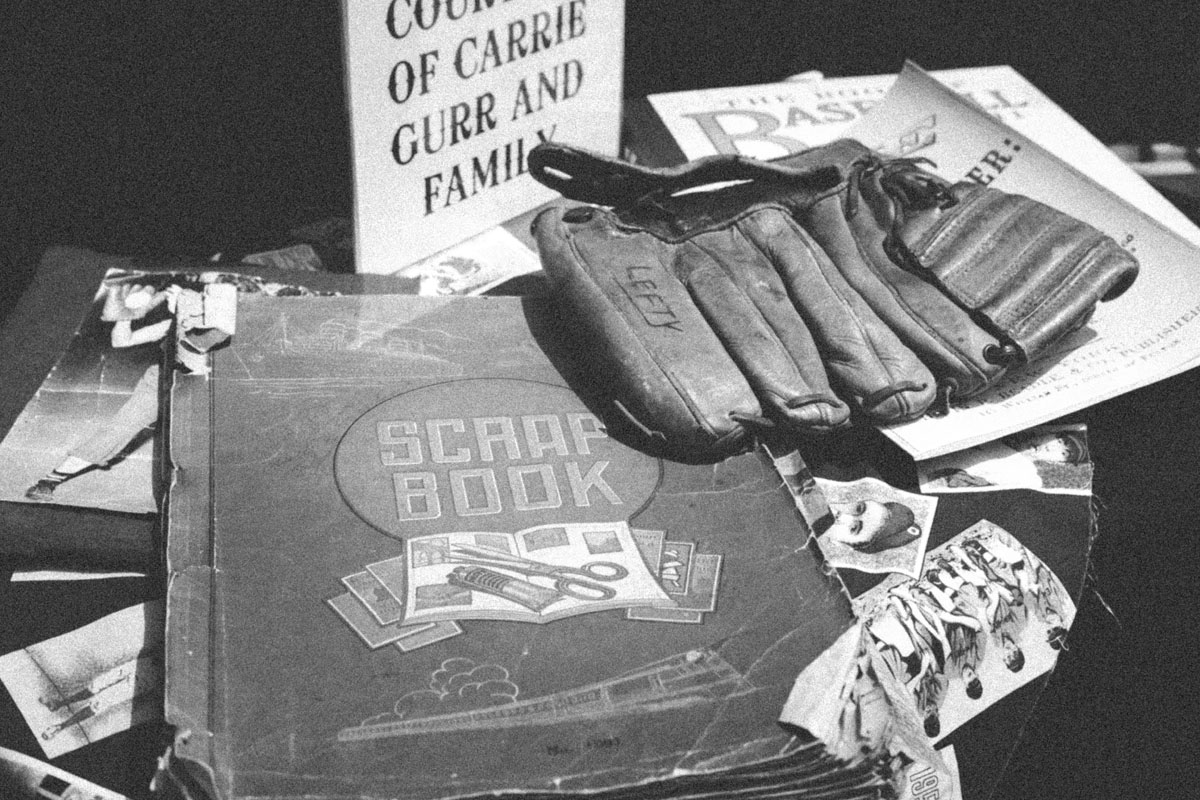 Farmers Branch’s Vintage Baseball Club Turns Back The Clock With Its Pre-Civil War Approach To Rules, Attire And Tournaments.

All photos by Jesse K. Anderson.

As teams across North America start the grind of another 162-game major league season, they’ll do so under a few new rules. This year, in the interest of speeding things up a few seconds per game, the league has instituted changes including the no-pitch intentional walk and time limits on instant replays.

Those moves are considered something of an outrage by the game’s traditionalists and purists. To these folks, the game is perfect as it is, and it should be continued to be played today as it was in the beginning.

But what even these folks conveniently forget is that, in the game’s real early days, the rules were much different than they are today. The players didn’t even wear gloves back then!

These facts are the kind of thing that a handful of retro ball clubs spread throughout Texas and surrounding states like to dutifully remind us of — just as they did this past weekend, as a number of vintage baseball clubs gathered in Farmers Branch for a just-for-funsies tournament played under Civil War rules.

It’s something they’ll do several more times this summer, too, if you’re similarly interested in turning back the clock and catching the old-timey action in person.

Judging from the above photo set from Jesse K. Anderson, it’s a real trip.