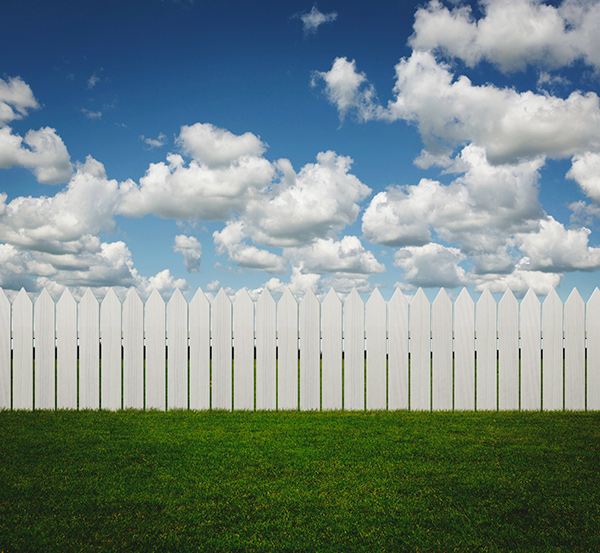 Which Of Dallas’ Suburbs Is Most Embarrassing?

You ever try opening a pack of hot dogs and trying to tell which hot dog is which? The suburbs are like that. They are boring places, and they’re all nearly all identical.

They exist almost exclusively as havens of white flight and as bastions of resistance against social progression. In turn, you can pretty much always expect to see some dumb and embarrassing moves coming out of your respective Pleasantvilles.

But 2015 has been a particularly embarrassing one for Dallas ‘burbs. How bad has it been? Bad enough where we decided it was a good idea to rank Dallas’ suburbs by just how embarrassing they’ve been to the city at their center over the course of this past year — a city that, we wholly acknowledge, is not itself above reproach.

So which suburb had us facepalming the most in 2015? Gotta read the below cringefest to see.

10. Allen. Allen is more or less harmless and generally boring. One thing that this town’s not great with, though, is money. This is a town that dropped $60 million on a high school football stadium that opened in 2012 and then had to be shut shortly thereafter because it wasn’t built to proper safety standards. The town then had to drop another $10 million — at least — to fix those flaws. Only this year — three years after it was initially supposed to open as a beacon of glory for Texas high school football — is the stadium now fully operational.

9. Frisco. High schools are always embarrassing, but Frisco’s on its own level here. The school district allegedly strong-armed superintendent Jeremy Lyon into demoting Sylvia Palacios, Frisco High School’s beloved principal, after she reportedly refused to reprimand teachers for malfeasance — and then her students went all Dead Poets Society in her defense and she herself eventually filed a grievance and settled. (She’ll be put on administrative leave this year and then retire.) Shout out to these students for practicing civil disobedience with a peaceful and effective protest. Y’all are the real MVPs. Well, some of you anyway. One of these little Frisco shits also hacked the school’s website. Also, outside of school drama, remember when a Frisco man robbed a Pizza Hut with a propane tank and a lighter? Frisco gon’ Frisco.

8. Irving. Maybe you’ve heard of Ahmed Mohamed? LOL JK. Except, it’s really not that funny because that whole bomb-or-clock shitstorm was simply the result of an ugly culture already taking shape in Irving, where Islamaphobia runs rampant. Update: The city is now being sued for $15 million by Mohamed’s family, which has since relocated to Qatar in the wake of the scandal.

7. Denton. This college town is an enclave of homogeneous hipster culture, and that’s pretty cool for its participants, I guess. But asshats still show their ass in Denton pretty frequently. Remember when a definitely not-racist man named Stephen Passariello went to a protest of a confederate statue on the much-celebrated Denton square this year with an assault rifle and then proceeded to post racist things on Facebook as well? Charming! Denton’s politics are pretty wacky, too — like how they successfully banned fracking after many protests and a democratic vote only to have those efforts later repealed by the city council. Also, the Denton police are worse at identifying bombs than Irving PD is, turns out. Whereas Irving can’t tell the difference between a clock and a bomb, Denton PD can’t tell the difference between underwear and a bomb.

6. Plano. Though it really isn’t much of anybody’s business what y’all do in the bedroom, the fact that two of Plano’s city officials got caught red-handed with their hands in the Ashley Madison jar is still not a good look. When are you people going to learn that using your work email for this kind of thing is the rookie-est of mistakes? Maybe instead of philandering, spend more time making sure your police don’t outlaw smiling, Plano. Oh, and stop letting your gun stores be thieved on absurd levels, too.

5. Granbury. Before Kim Davis, there was Hood County Clerk Katie Lang, who refused to issue a marriage licence to a same-sex couple and then got her ass sued. Grabury, you are truly The Suburb of Underappreciated Gay-Hating Pioneers — and not just in marriages, either. Remember when you tried to ban a few children’s books from the Hood County Library, because, and this is a quote, they cause perversion and encourage “the gay lifestyle.” We’re starting to think y’all doth protest too much, to be honest.

4. Highland Park. Long considered locally to be the quintessential pompous lily white town, Highland Park was on a mission to make its rep known worldwide this year. Remember when former University of Oklahoma student Levi Pettit got caught on video singing an almost impressively racist little chant on a fraternity bus? Was anyone surprised he was from HP? No way! Also not surprising: To see that Highland Park is currently positioning itself to make national headlines for bigotry yet again because it’s worried that some poor kids might be infiltrating its schools. Shouts to Highland Park for knowing its brand and staying on it at all times.

3. Garland. Back in May, anti-Islamist Pamela Geller and her American Freedom Defense Initiative organization (also called “Stop Islamization of America” and classified as a hate group by the Southern Poverty Law Center) put together a draw Muhammad contest at Garland’s Curtis Culwell Center with a $10,000 prize posted for the top entry. Depictions of Muhammad are seen as blasphemous and disrespectful by Islam, and Garland, it seems, has never heard the old adage about being careful what you wish for. At the event, two gunmen showed up and carried out an attack. They were taken out by law enforcement and ISIS claimed responsibility for the attacks, even if the validity of that is tough to gauge. Still, none of this is permissible — from the prejudice that made it possible to the goading that it was to the violent retribution that followed. Shameful stuff all around. Granted, none of the major players in this event are event from North Texas. But is the fact that Garland welcomed these people in the first place any better?

2. McKinney. Once known as the best place to live in America, McKinney went and flipped the script this year. I mean, surely you remember when that cop barrel-rolled into a pool party and then manhandled a young black woman because… well, because he mouthed off to her? How could you not! Maybe you missed this, though: The 911 caller who started that whole kerfuffle by reporting it in the first place has a history of torturing animals because he’s a true class act. Also classy? How McKinney also made national headlines this year for punishing students who wore “Gay OK” shirts. The fact that Ken Paxton, the currently-in-deep-shit Texas attorney general, calls McKinney home is hilariously unsurprising.

1. Arlington. This year, Agg Town was home to yet another incident in which an unarmed black male — Christian Taylor, in this instance — was shot and killed by police. Sure, Taylor was high as balls and doing dumb stuff at a car dealership when the cops rolled up on him, but being high as balls and doing dumb stuff at a car dealership should not lead to being shot and killed. And yet, in Arlington, it very much does. Maybe that’s why it’s also the least tourist-friendly city in the United States despite its entire economy, y’know, being built upon the concept of tourism. Worse, Arlington even hates its own. Its public transportation system is absolutely atrocious. Oh, and they knock down a public libraries for apartment buildings here too. Wait, really? Jeez. Arlington doesn’t need watchmen, folks. Arlington needs to hit the damn reset button.