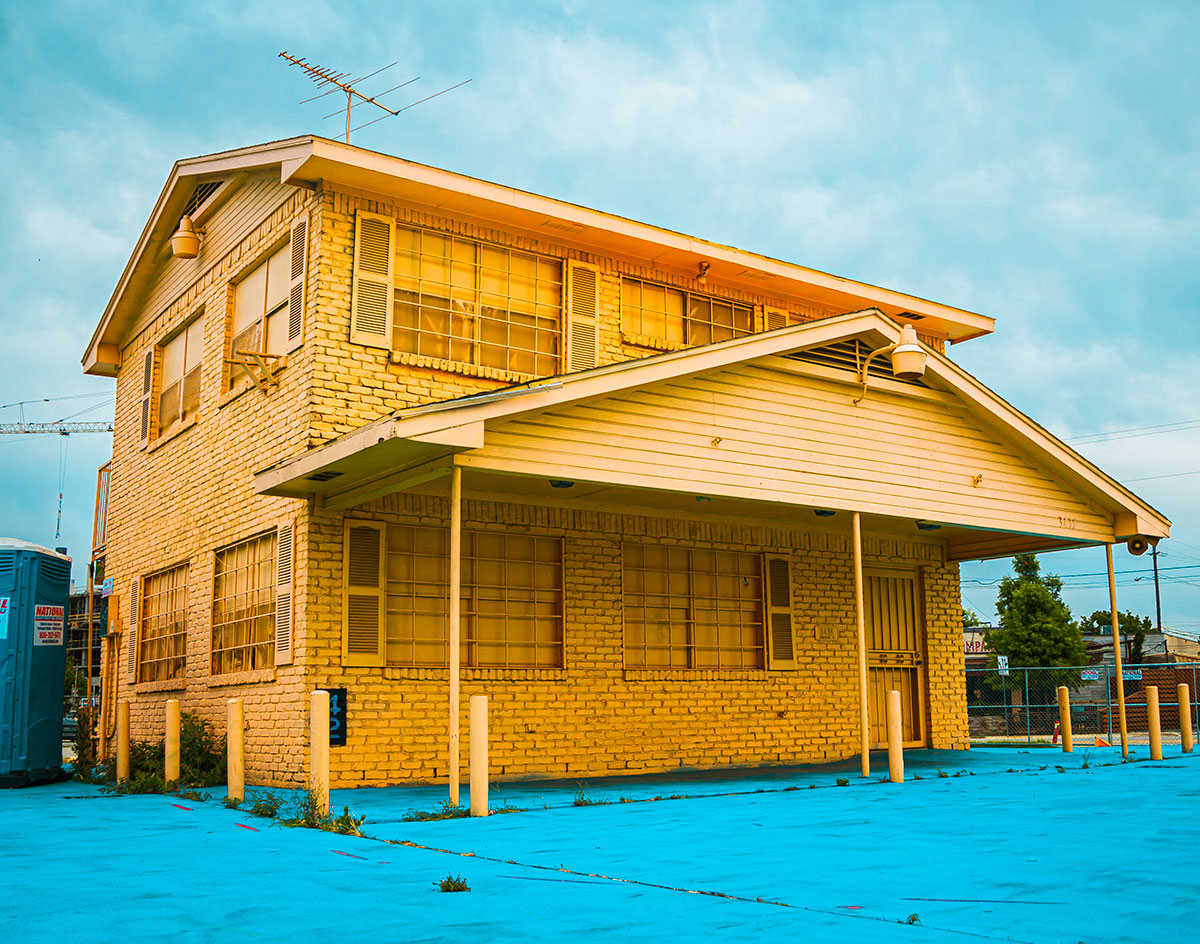 A New 7-Eleven (Complete With Gas Pumps And All) Will Open In Deep Ellum’s Eastern Edge In 2020, Replacing A Popular Instagram Photo Shoot Destination.

Deep Ellum’s gas station desert will soon get its oasis.

The latest announcement in a string of developments coming to the fast-changing neighborhood is a new 7-Eleven store — complete with gas pumps and all — that is set to open at some point next year on the easternmost edge of the area, right at the corner of Commerce Street and Exposition Avenue, just across the street from Cold Beer Company and The Double Wide.

Local social media gurus in particular will be upset to find out that the new convenience store and gas station will arrive at the same 3435 Commerce Street plot that currently houses the popular Instagram spot known as “Orange House in a Blue Field”. A go-to backdrop for influencer photo shoots and various Deep Ellum-set music videos, the property is now surrounded by a chain-link fence meant to keep camera-toting types off the grounds.

Rachael Sandifer, a franchise sales representative for 7-Eleven whose information is listed as part of an online call for operators interested in managing the as-yet-undeveloped 7-Eleven property, confirms that the Dallas-based convenience store chain hopes to have this location up and operating by early 2020. She also confirms that the brand indeed plans to install gas pumps on the site, and notes that the new location will include a traditional convenience store (as opposed to one of 7-Eleven’s new “lab store” concepts that sells tacos and craft beer).

This development represents a major change for this plot of land, which for years was little more than a curious, mostly vacant and, frankly, fairly ugly brick house that was set aback from street traffic by a fenced-in, rarely used parking lot.

In 2017, the property was given new life. As part of the second phase of the 42 Murals stunt employed by then-prominent Deep Ellum real estate company 42 Real Estate as a means of drawing attention to its unused properties, the building was painted orange and the parking lot surrounding it blue.

The eye-catching building is now expected to be torn down as an entirely new 7-Eleven is built in its stead. 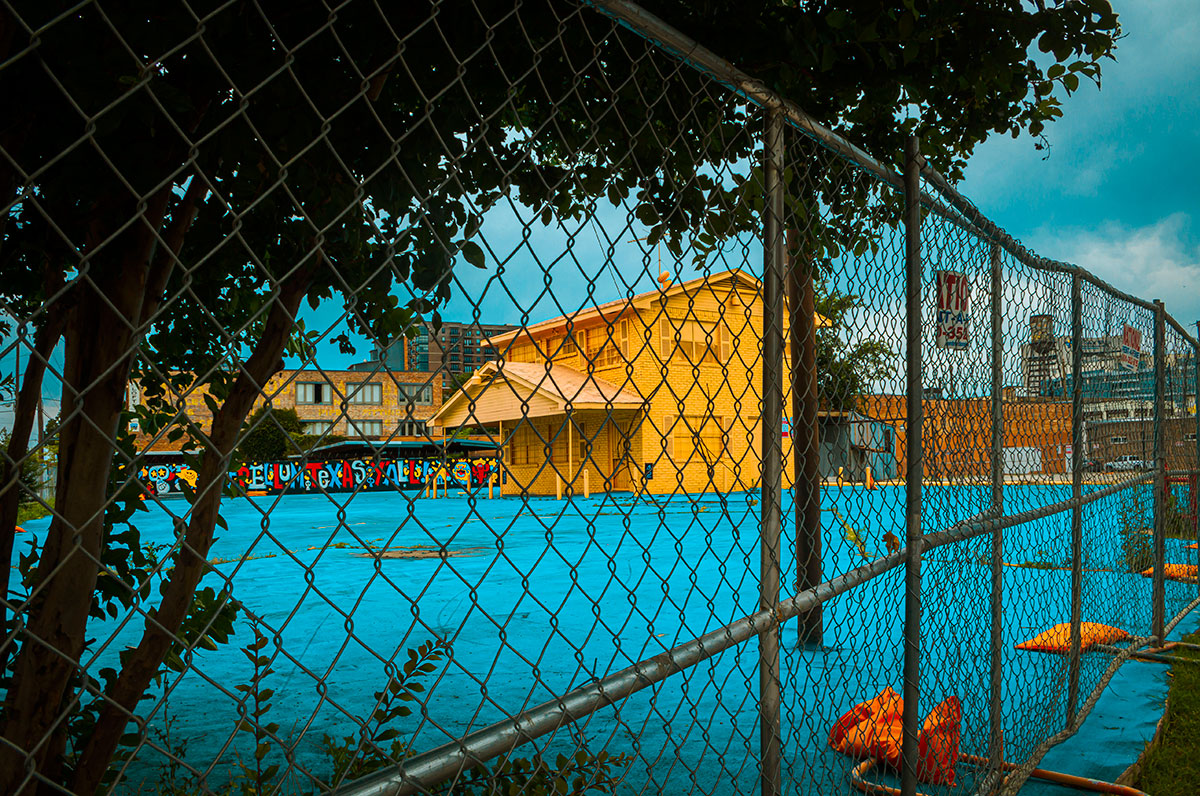 “It’s kind of sad because I do like all the art that’s been around Deep Ellum — that’s what makes it unique,” says Michaela Parra, who works across the street from the property at GRO Designs.

But such is how its just been of late in this part of town, with the trend slowly progressing eastward, from the three-building The Epic complex on Elm Street to the proposed development of another tower on Commerce Street, directly behind The Bomb Factory and now to this 3435 Commerce Street lot.

To be fair, those other developments are much larger in scope, focused on bringing additional retail and residential services to Deep Ellum. Additional options for gas and snacks, Parra notes, would be welcome by many in the neighborhood.

“There’s not that many gas stations around here,” she says Parra. “It’s gonna be nice to be able to get gas right across the street from where I work.”

Even so, Derrick Soto, a bartender at the nearby Cold Beer Company, expects the ever-vocal Deep Ellum community to freak out over some stereotypes regarding 7-Elevens and panhandlers in the area.

“Everyone’s going to freak out about the panhandling thing,” Soto says. “But that is going to happen anyway.”