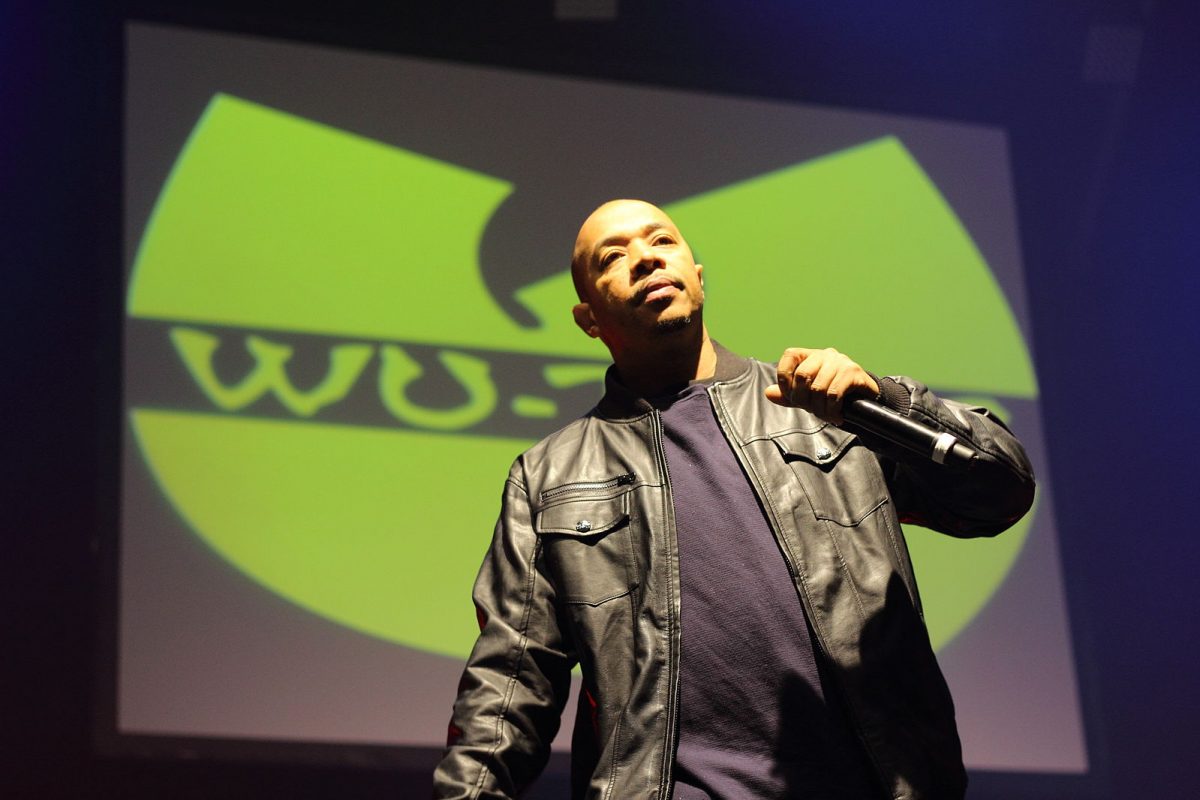 According to a recently published feature from New York Times Magazine, a 2008 fire at Universal Studios in Hollywood wiped out decades of music history as the flames engulfed recordings held in Universal Music Group’s vault. Recordings from legends like Elton John, Buddy Holly, Eric Clapton, Janet Jackson, Tom Petty and Nirvana, among others, were unfortunate casualties behind what the magazine called “the biggest disaster in the history of the music business.”

Let this be a lesson: protect your recordings for dear life.

Also, don’t fret too hard over this. Sure, it sucks that these recordings will forever be unsalvageable, but music history is constantly being made. Physical renderings of music can be destroyed or taken away, but the live music experience is one where neither moth nor rust doth corrupt.

As Jesus said in his Sermon on the Mount, “Lay up for yourselves treasures in seeing artists in a live setting, and read below for some of this week’s fresh concert announcements,” or something like that.

Curren$y
Saturday, July 20, at Canton Hall
On sale now.
Young Money signee Curren$y last played Dallas at House of Blues with Wiz Khalifa. Now he’s playing “Bric’s Smokeout” with the likes of Larry Jone, The Outfit TX, Yak the Mack, Money Mal, Tsa Mel and Azchike. As far as we know, there isn’t any official confirmation on whether there’s a cookout, but it would be cruel to tease us with that possibility and not deliver.

Part Time + Gary Wilson
Saturday, July 20, at Deep Ellum Art Co.
On sale now.
The former is the solo project of Ariel Pink collaborator David Loca, and the latter is an experimental music dinosaur who has made records with R. Stevie Moore and a fan out of Earl Sweatshirt.

Night Moves
Friday, July 26, at Ruins
On sale now.
It’s unknown if this Minneapolis electronic duo named themselves after the Bob Seger song of the same name, but they sure don’t sound like it.

Homeshake
Sunday, August 11, at The Granada Theater
On sale now.
Montreal indie pop artist Peter Sagar is a former member of Mac DeMarco’s live band and sister act Walter TV. Ever since starting his solo project Homeshake in 2012, Sagar has played sold out shows at Dada and Trees respectively, so there’s a good chance that this show will continue that trend.

Common
Wednesday, August 28, at The Bomb Factory
On sale now.
Wishful thinking here, but what if Erykah Badu made a surprise appearance at this show and sang “Love of My Life”? Wouldn’t that be awesome?

Hovvdy + Lomelda
Sunday, September 1, at Andy’s Bar
On sale now.
Hovvdy and Lomelda are both from Texas, they’re both signed on Double Double Whammy and they’re both embarking on a co-headline tour. The symmetry is perfect.

Tiger Army
Saturday, September 21 at Canton Hall
On sale Friday, June 14, at 10 a.m.
In the mid ‘90s, Tiger Army got its start at famed DIY venue 924 Gilman before being signed to Tim Armstrong’s label, Hellcat Records. They would soon find themselves on the edge of a psychobilly revival that would also be spearheaded by acts such as Reverend Horton Heat, Necromantix and Slim Cessna’s Auto Club.

Crumb
Saturday, September 21, at Gas Monkey Bar N’ Grill
On sale now.
Crumb has been described by Pitchfork as, “Eerie, disorienting, [and] trippy.” NPR referred to its single “Nina” as an “intoxicating blend of jazz and woozy ’60s psych-pop.” We could easily compile an Infinity Gauntlet of positive press the Brooklyn quartet has received, but suffice to say, the band is becoming an indie darling.

The Messthetics
Saturday, September 21, at Three Links
On sale now.
This band is 50% of Fugazi. Ian MacKaye and Guy Picciotto aren’t part of that 50%, but it’s still sick.

Demon Hunter
Thursday, September 26, at Trees
On sale Friday, June 14, at 10 a.m.
Speaking as someone that went to a Christian high school, Demon Hunter tapped into a thriving market of kids who wanted to listen to Hatebreed, but couldn’t due to their parents finding the music sacrilegious.

Big K.R.I.T.
Friday, September 27, at The Pavilion at Toyota Music Factory
On sale Friday, June 14, at 10 a.m.
Mississippi rapper Big K.R.I.T. is back and is making a sequel to his acclaimed 2010 mixtape K.R.I.T. Wuz Here. The name of this part is called K.R.I.T. Iz Here, and he will embark on the “From the South With Love Tour” in support of it.

Raveena
Friday, September 27, at Club Dada
On sale Friday, June 14, at 10 a.m.
Raveena is an Indian-American R&B artist from New York whose career has timed perfectly with the emergence of the streaming age. Just last week, her debut album Lucid dropped via independent label Moonstone Records.

Kaoru Ishibashi has quite the impressive pedigree — he was a violinist for Regina Spektor and of Montreal. Since 2011, he’s been performing under a solo project titled Kishi Bashi, of which he just released a new album titled Omoiyari.

Danny Duncan
Tuesday, October 1, at Trees
On sale now.
This is one of many stops for a tour dubbed “The Virginity Rocks Tour 2”. Alrighty then.

Wu-Tang Clan
Friday, October 4, at The Bomb Factory
On sale Friday, June 14, at 10 a.m.
The legendary hip-hop outfit will be celebrating the quarter-century anniversary of one of hip-hop’s greatest achievements, 36 Chambers. Enough said.

Eric Andre
Thursday, October 10, at Majestic Theatre
On sale now.
Let’s give a quick shout out to Christina Applegate. If you know, you know.

Yung Bae
Saturday, October 12, at Trees
On sale Friday, June 14, at 10 a.m.
Vaporwave has sprouted many subgenres, if you can believe it. One of those is futurefunk, and this dude is one of the torchbearers of that movement.

Plague Vendor
Friday, October 18, at Three Links
On sale now.
Plague Vendor will return to Three Links this fall in support of its new LP By Night, which was released last week via Epitaph Records. And, alt-indie outfit No Parents — fresh off a career-defining Los Angeles show with Flipper and Mike Watt — will open the show.

Greyson Chance
Saturday, December 14, at Club Dada
On sale now.
Greyson Chance garnered attention the way many Generation Z stars do – by achieving virality. When he was in 6th grade, the Wichita Falls-born singer-songwriter performed a cover of Lady Gaga’s “Paparazzi” that generated over 63 million views on YouTube as of December 2018. He appeared on The Ellen DeGeneres Show and used his newfound fame to embark on a solo career. The rest is history.