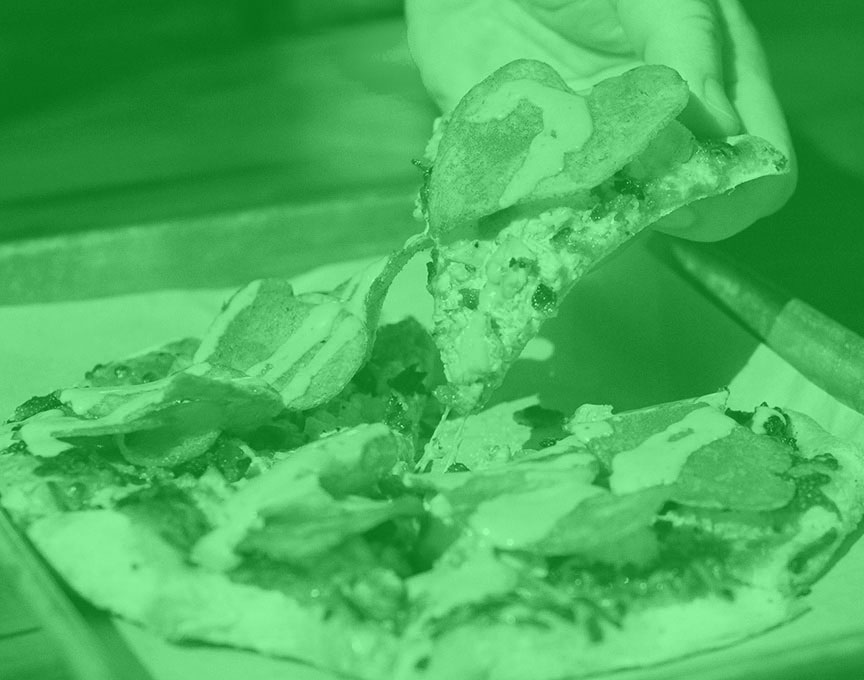 These Are The 10 Best Dallas Restaurants To Eat At When You’re Stoned. But It’s Just, Like, Our Opinion, Man.

Dallas is far from the most marijuana-friendly city in America. But after a recent vote in which city council voted 10-5 in favor of of a cite-and-release policy when it comes to small pot offenses, Dallas is perhaps beginning to get a little greener.

Is that cause for celebration? Sure, it definitely is. I mean, it’s not legalization or anything like that. But it’s maybe a start down the path toward it. And, hey, any excuse to spark up a fatty, right? Right.

But what should you do once that blunt becomes a roach and the munchies start to hit hard? Well, assuming your pantry’s not already filled with Funyuns or if a 7-Eleven trip is sounding just way too stressful right now, there are a number of amazing restaurants around town where you can indulge in your cravings and not be shunned for doing so.

To that end, we’ve decided it was high time — get it? high time? lol — that we updated our guide to Dallas’ best stoner spots with a new list of area meccas for your  munchies.

Just be sure to eat responsibly.

Dallas Grilled Cheese Co.
310 W. 7th St.
Nothing says the munchies quite like food mash-ups, and Dallas Grilled Cheese Co. gets that. This year, to celebrate 4/20, the Bishop Arts spot is serving up loaded pizza grilled cheese sandwiches through the 23rd. But let’s just be real here: A restaurant that serves a menu of 10 different grilled cheese varieties on a daily basis doesn’t really need any help to endear itself to stoners.

Zalat
2519 N Fitzhugh Ave.
If you’re a pizza joint that already caters to the munchies, then it’s only right that you’d go all out on April 20 each year, as Zalat does. This year’s celebratory pie is the Elvis in Vegas, which is made with Sunkist marinated pulled pork, edible sequins, jalapeños and a dime bag of Crushed Cheetos for that complete holiday vibe. But, shit, their Reuben pie works any day of the year.

Dots Hop House
2645 Commerce St.
Deep Ellum’s own slice of Denton is a low-key phenomenal food spot. With its kitchen boasting the old Club Schmitz grill, its burgers are always on point. And its F Philly Cheese Steak — a heaping pile of waffles, chicken fried steak, fries, cheese, peppers and onions — is quickly becoming the stuff of legend. But, for our money, our red eyes always fall on their PB&J-encrusted chicken tenders, which are fit for The King himself.

Once upon 2 Saturdays ago, @jtnguyen and I ordered a F-philly cheesesteak from Dot’s Hop House & Cocktail Court. And yes, the F stands for fried, and no, it wasn’t Philly at all. #APPROVED

Tutta’s Pizza
1710 N. Market St. #110
The Chipper is the stuff of stoner dreams, as brings together chicken, bacon, ranch and homemade barbecue potato chips and puts them all on top of a pizza. It also doesn’t hurt that it comes in personal- and regular-sized pies, so you can share it — or not — at your own discretion.

LOOK AT THIS FUCKING DISH. ? The Chipper At Tutta’s Pizza (@tuttaspizza) Flies Way Past The Ranch-On-Pizza Debate And Douses A Whole Pie With Barbecue Chips And A Custom Ranch Dressing. Check it out over at CentralTrack.com #LookAtThisFuckingDish #Ranch #pizza #ranchonpizza #bbqchips ?: @porttiagabs

Amsterdam Falalfelshop
2651 Commerce St. #120
It’s not likely you’ll get to visit De Wallen anytime soon, but you can visit Amsterdam Falalfelshop for a taste of how European stoners get down post spliff. Just be careful or you might end up eating here every goddamn day.

Juiceland
1888 Sylvan Ave. #150
Take your high up a notch with a cup of chocolate hemp milk, or hemp protein-infused drinks like the Bam Bam, Wundershozen, Kaleibrator, Triple Double and Orange Kush. Double down by adding a shot of CBD or hemp oil to your order. Or just get one of the other many, many tasty juices.

All hail the Julio Verde from @juiceland ??? You guys, lately I cannot start my day without one of these. Deets: fresh OJ, almond milk, banana, mango, spinach, pecan, vanilla, and coconut oil. Simply the best. ??

Hypnotic Emporium
9005 Garland Rd. #150
Why settle for doughnuts and ice cream separately when you can have them together? Among its many delectable offerings, Hypnotic serves doughnut ice cream sandwiches where you have your choice of two Beth Marie’s ice cream flavors. It’s so good, no wonder they call it the American Dream.

For goodness sakes! This is the More S’mores Hyppie Shake from @hypnoticemporium and damn is it as good as it looks. I’m so glad the over-the-top desserts trend hasn’t died. #cheers #comped ? ? ? ? ? #shakeit #milkshakes #smores #eatingeastdallas #eatlocal #eeeeeats #foodie #foodieee @zomato @foodiehubtv

Snuffer’s Restaurant & Bar
Multiple locations
Snuffer’s loves cheddar fries so much that it’s gone ahead and just dubbed 4/20 “National Cheddar Fries Day”. Well, either that or they just saw how much customers were spending during the stoner celebration each year and decided to capitalize. Smart move either way, because those cheddar fries are the best around.

Coolhaus
2012 Woodall Rodgers Freeway #403
Located inside of the Dallas Farmers Market, Coolhaus gives “dank” a new meaning with its milkshakes and cookie ice cream sandwiches that are made with such stoner-approved flavors as chicken and waffles or Froot Loops cereal milk.

Glazed Donut Works
2644 Elm St.
You probably wouldn’t think of cheese as something that could make a doughnut better, but the Monte Cristo and doughnut grilled cheeses at Glazed Donut Works will totally blow your mind — whether you’re blazed or not, really.