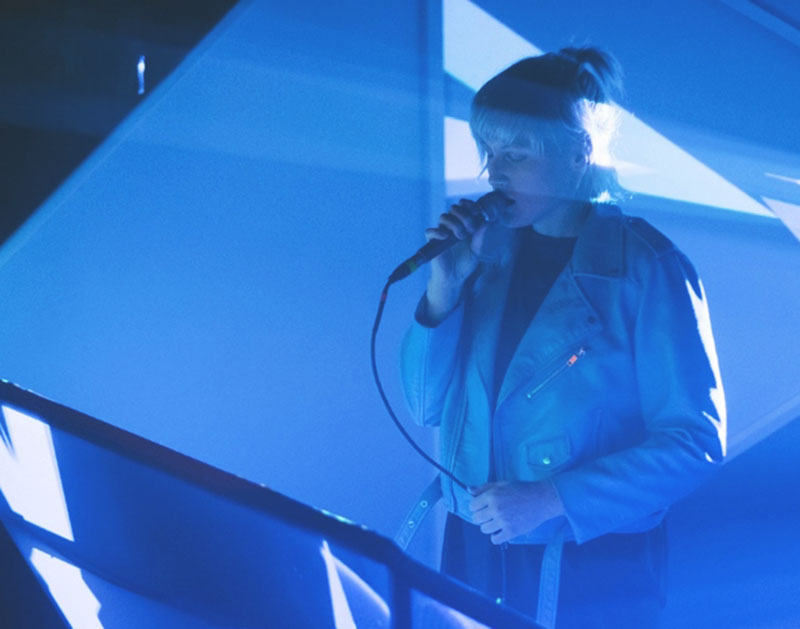 This Week Wasn’t Too Bad For Sarah Jaffe.

Earlier this week, with some help from NPR, Sarah Jaffe unveiled her new look/sound/video, along with some details about her new album, Bad Baby. I suspect that means you’ll be hearing a lot more Jaffe buzz in the next few months — and seeing her top this list several more times too, I’d imagine.

To wit, Sarah Jaffe tops our weekly, local music power rankings for her 13th time, but the first time since February 2015. That’s a lot!

But it’s not as much as some other artists in town, actually. When she notched her 12th win, that was a record-high in our Buzz Rankings history. But, since then, Leon Bridges and Erykah Badu have enjoyed unprecedented Buzz successes of their own, with Badu now sitting in sole possession of all-time Buzz glory with 23 No. 1s.

That’s so many! Could the new album help Jaffe play catch-up? We’ll see.

In the meantime, Jaffe this week held off another multi-Buzz champ in Post Malone, who came in No. 2 this week after he announced a sophomore album at just about the same time his debut album was certified platinum. Then he spent $10,000 on biscuits for his fans. That’s so much money! 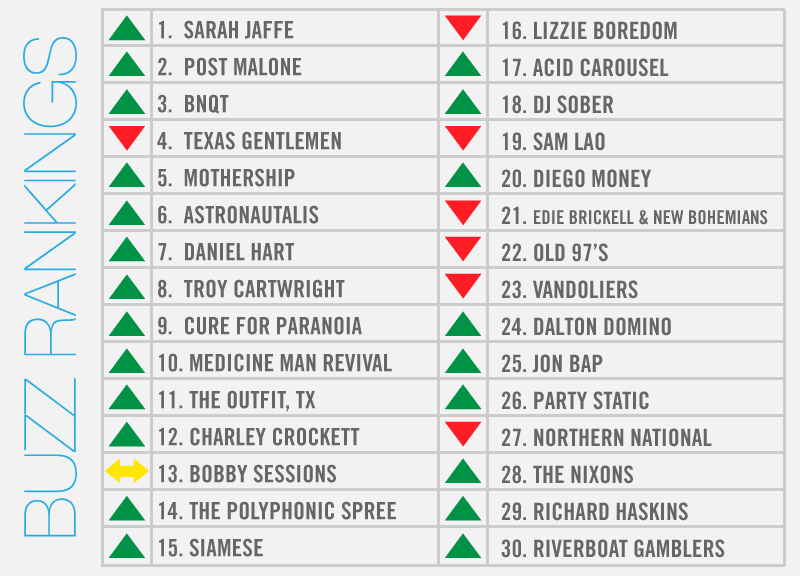