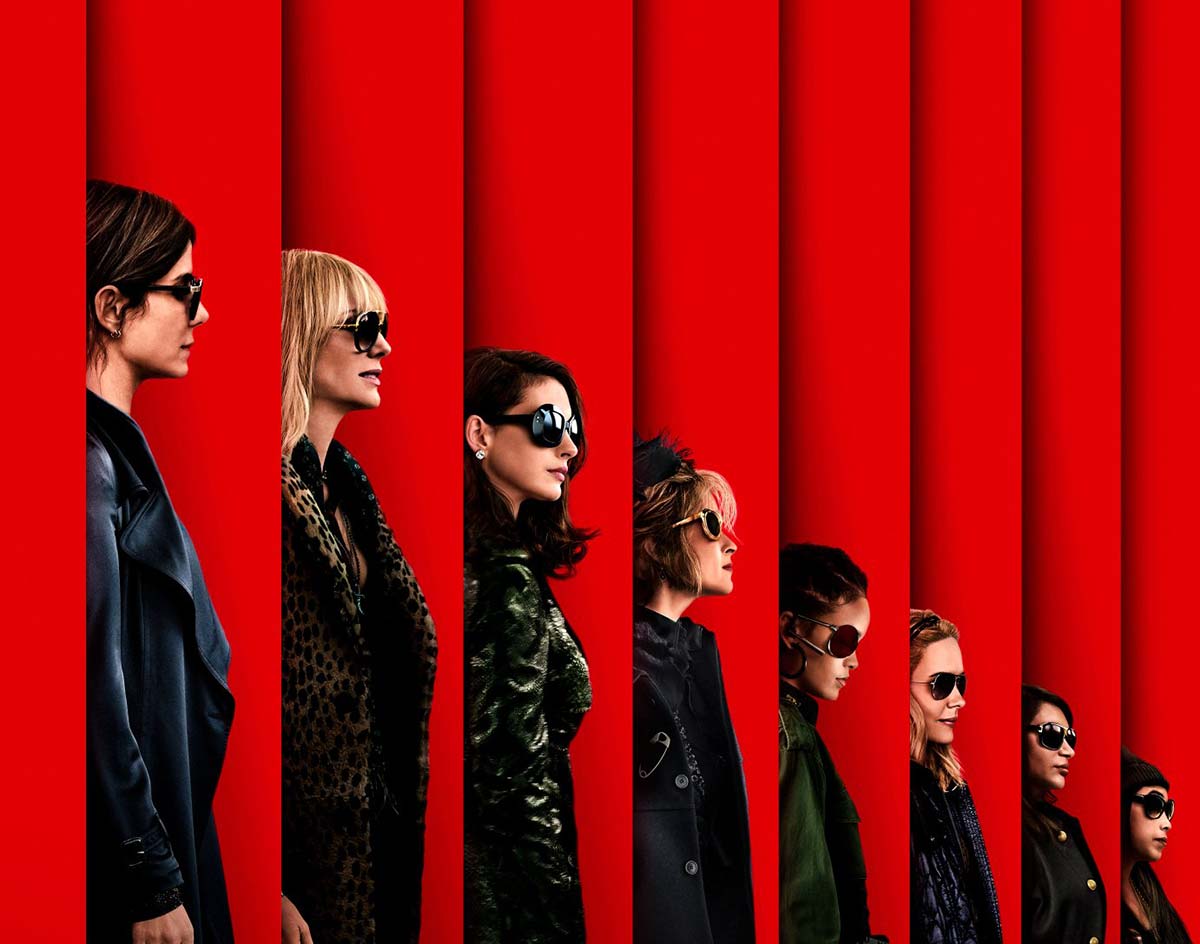 On Ocean’s 8, Incredibles 2, Sicario: Day Of The Soldado And The Rest Of June 2018’s Top New Releases, Limited Showings and Repertory Screenings Around Dallas.

So, sure, after the first month of the summer, you’d be forgiven if you thought all we were getting this summer was superhero movies and Star Wars entries.

But it’s just not true!

Take June, for example. This month, the obvious theme is sequels, with new offerings coming in the Oceans, Jurassic, Incredibles and Sicaro franchises over these next few weeks. Also on tap this month: Two of the most flat-out enjoyable movies of the year, as well as the 2018 Oak Cliff Film Festival, which we’ve already declared to be the best film fest in Dallas.

That in mind, here are the top selections coming through the region this month.

Hereditary.
Director: Ari Aster.
Writer: Ari Aster.
Cast: Toni Collette, Gabriel Byrne, Alex Wolff, Milly Shapiro.
Opens: Friday, June 8.
Acclaimed as one of the most truly terrifying movies in years, this indie horror flick was one of the hottest tickets at Sundance. Even more interesting? The trailer doesn’t make a lick of sense,aklthough that is, course, definitely preferable to giving away every twist. Here, Toni Collette plays the matriarch of a family dealing with grief and a whole lot of spooky shit after her mother dies. I have no idea what’s going on, but the fact that A24 is releasing this wide instead of rolling it out proves they’ve got a lot of faith in it.

Ocean’s 8.
Director: Gary Ross.
Writers: Gary Ross, Olivia Milch.
Cast: Sandra Bullock, Cate Blanchett, Mindy Kaling, Anne Hathaway and many more.
Opens: Friday, June 8.
While I would have much rather seen an all-lady heist movie without the baggage of tying it to the Ocean’s franchise, I’d be an idiot to miss any movie that features the four incredible ladies above plus Helena Bonham Carter and Sarah Paulson, among others. They’re all joining forces to rob the annual Met Ball — and, specifically, the $150 million necklace worn by Anne Hathaway, who is playing herself here. Given the heaviness of some of the blockbusters this summer, if this one can pull of pure fun escapism, I’ll be more than pleased.

Incredibles 2.
Director: Brad Bird.
Writer: Brad Bird.
Cast: Craig T. Nelson, Holly Hunter, Samuel L. Jackson, Bob Odenkirk.
Opens: Friday, June 15.
More than a decade after its release, 2004’s The Incredibles still ranks among Pixar’s very best films. And I personally have been dying for a sequel ever since. Unlike the Toy Story sequels, this one isn’t aging with the characters. Instead, it picks up shortly after the first one, with Bob hanging up his tights again to be a stay-at-home dad while Helen takes up the mantle of Elastigirl once again so as to save the world.

Sicario: Day of the Soldado.
Director: Stefano Sollima.
Writer: Taylor Sheridan.
Cast: Josh Brolin, Benicio Del Toro, Isabela Moner, Catherine Keener.
Opens: Friday, June 29.
Here’s where things get tricky. Sicario is one of the more challenging mainstream films of the past decade. Emily Blunt played a straight-arrow FBI agent caught in the crosshairs of a war between deadly drug cartels and highly unethical DEA operatives. There’s a strong possibility this sequel has forgotten the moral ambiguity and gone straight to blowing stuff up. But I’m trusting that returning writer Taylor Sheridan (who also wrote last year’s seriously underrated Wind River — on Netflix right now by the way) will keep the conundrums intact, mainly by including a subplot that sorta rips off Logan, with Del Toro’s rogue loner caring for a rescued girl while on the run.

Hearts Beat Loud.
Director: Brett Haley.
Writers: Brett Haley, Marc Basch.
Cast: Nick Offerman, Kiersey Clemons, Ted Danson, Sasha Lane.
If you like Sing Street and That Thing You Do! – and if you don’t, what the hell is wrong with you? – then you’ll be delighted at Hearts Beat Loud, which features Nick Offerman and Kiersey Clemons as a father-daughter duo starting a band at the end of a summer ripe with new possibilities. It’s one of the most pleasant movie-going experiences you’ll have all year, and the soundtrack is excellent.

Won’t You Be My Neighbor?
Director: Morgan Neville.
I can’t remember the last time I saw people this excited for a documentary! Having seen it myself earlier this year, I can tell you the hype is warranted. An in-depth look at Fred Rogers and his long-running television series, this is overall a tribute to human decency, which seems to be in short supply these days. Bring some tissues to this one.

The Passion of Joan of Arc.
Director: Carl Theodor Dreyer.
Writers: Carl Theodor Dreyer, Joseph Delteil.
Cast: Maria Falconetti, Eugene Silvain, André Berley, Maurice Schutz.
Playing At: Texas Theatre.
Showing: Friday, June 15.
The Oak Cliff Film Festival is showing the restored print of one of the most acclaimed silent films ever. Maria Falconetti, in the performance legendary film critic Pauline Kael called the greatest of all time, stars as Joan of Arc, who valiantly led the French against the British in a divinely inspired segment of the Hundred Years’ War. Carl Theodor Dreyer’s film is known for its extreme close-ups and intense emotions, making it one of the most powerful movies you’ll ever see.

Cabaret.
Director: Bob Fosse.
Writer: Jay Allen.
Cast: Liza Minnelli, Michael York, Joel Grey, Helmut Griem.
Playing At: The Magnolia.
Showing: Tuesday, June 19.
Other than Best Picture and Best Adapted Screenplay, which were taken home by The Godfather, this World War II-set musical won every single Oscar it was nominated for after it came out. Liza Minnelli shines as Sally Bowles, an American singer and dancer working in Germany during the Nazi takeover. She falls in love with Brian (Michael York), but their romance seems doomed, especially as the Nazis ramp up their fascist activities.