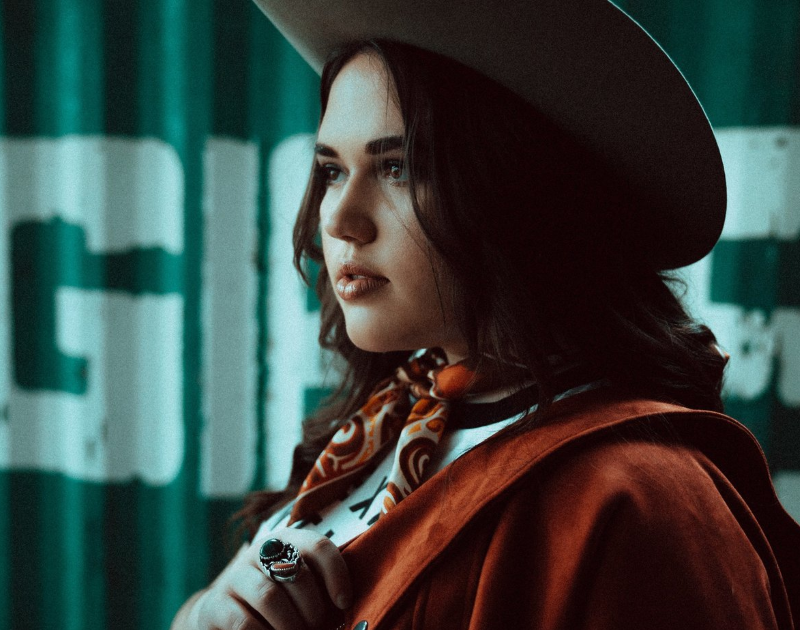 
Big Red Ants — s/t.
RIYL: Drinking at Caves and Sunshine on the same night.
What else you should know: We’ve been noticing a lot more bands claiming Arlington of late. Now, we’re not saying there are more Arlington bands these days than there have been. Maybe there are — who knows? What we’re thinking, really, is that it’s somehow become cooler to admit you’re actually from there lately, rather than picking a Dallas or Fort Worth to glom onto. Just a theory! Anyway, these new throwback alt-rockers called Big Red Ants are from there, and they’re not ashamed to admit it. The band’s new self-titled full-length came out last week, but a proper album release show is coming June 10 at M.A.S.S. Hey, that’s in Fort Worth!

Bryce Bangs – “Chasing That Gold.”
RIYL: Gold on the ceiling.
What else you should know: So, this is kind of interesting. Somehow, this guy with no major local press, a minimal online presence, and fewer than 600 Facebook likes — and who I only just heard of recently — is holding the release show for his upcoming album at the Granada Theater on July 13. In the big room, no less! That’s to say nothing of the man’s potential. He’s got a Black Keys El Camino vibe going on, which there’s definitely a large commercial market for. It’s just… curious. That’s all.

Terrence Spectacle – Who I Am.
RIYL: Fatherly advice.
What else you should know: Who Terrance Spectacle is may not be important, he raps on the title track from his latest EP, but he’s gonna keep on growing. He shows some of that here, for sure. We have no doubts that the future pop star is going to keep on maturing as he ages. His EP’s title track also closes with some spoken word advice from his pops, letting him know that it’s best to make it when the time is right. Following someone else’s timeline will keep you up at night, folks!

The Daybreak Hits — In Lieu of Flowers.
RIYL: Dad rock.
What else you should know: Recently, Spinster posted a blog about a genre they coined as “sad dad rock.” But the gents in new Fort Worth rock group The Daybreak Hits – a few of which have an ownership stake in 817 venue M.A.S.S. – really are dads, and they’re not really sad about it. We’d classify their sound more as “wistful dad rock,” really. They fully embrace their smorgasbord of early ‘00s influences, and don’t really try to reinvent the wheel too much when going back and exploring that material.

Wesley Jensen & the Penny Arcade — Something New.
RIYL: Things neither old, borrowed nor blue.
What else you should know: Even though it’s full of synth-heavy indie rock, and not the typically twangy music he and his band usually tackle, Jensen’s new record earned some pretty high praise from “the journal of Roots Music” No Depression. It’s a companion piece to another EP released earlier this year, aptly titled Something Old.

Cut Throat Finches — Polite Conversation.
RIYL: Collecting records.
What else you should know: The Finches’ new full-length was written during Trump’s successful 2016 campaign, and it reflects the country’s turmoil in a somewhat uplifting and dance-y way. “Everyone has learned to scream, demand to be heard, and yet no one is listening to one another,” frontman Sean Russell tells Music Talkers. “The album does not propose solutions. It is snarky, witty, and meant for listeners. The politics of the day, and the behavior witnessed around it all, is simply the emotional landscape this album is written on.” An employee of Hand Drawn Records, Russell’s printed the LP on 180-gram white vinyl that looks like an eyeball to match the album’s packaging. Grab a copy tonight (June 1) at Shipping & Receiving out in Fort Worth.

Bosque Brown — Little Sea.
RIYL: Riced cauliflower.
What else you should know: Peep the following snippet from Mara Lee Miller’s new bio, and we’re pretty sure you’ll know right away whether or not your brow is high enough to appreciate her latest collection of exceptionally sparse and fragile notes: “It’s music made from air and consequence. It’s reduced to its essential parts, born away from music bars that trap notes and drunken bars that trap people. It exists a few feet above all that, in a place of formation.” No matter, Miller’s voice is one of the most distinct and beautiful North Texas has produced in the last 20 years, and it’s always nice to hear it.

Hanna — Under Construction.
RIYL: Laying the ground work.
What else you should know: We wrote about the fresh-faced Hanna last week, but now she’s got two more tracks out. That brings the grand total of her published catalog to… just three songs? OK, so it is very early on in her career, to say the least. But her image is pretty fully-realized, and judging from what little output there has been to date, there’s some real pop potential here. Props to her, and to her team.

Frankie Leonie – “Johnny Cash.”
RIYL: Your electricity to be of the modern variety.
What else you should know: At the epicenter of Dallas’ increasingly hot Americana scene is the Modern Electric Sound Recorders studio, which is where most of that stuff seems to be made. It makes sense, as whether one chooses to work with Beau Bedford (as Ms. Leonie did) or another of the studios’ in-house producers, you’re bound to get a Texas Gentlemen or two playing on your material. That’s the case here, as Nik Lee, Scott Edgar, Daniel Creamer and Grammy-winner McKenzie Smith have all chipped in and played on the young Leonie’s earliest sound samples.

EB Rebel — Mama I’m OK.
RIYL: The sound of the beep.
What else you should know: Since her last release, this fierce Dallas rapper has relocated to New York. That actually plays a pretty heavy role in her new record, too, as the increasingly urgent real-life voicemails left by her mother on the album show. “The voicemails evokes a familiar theme; how the people you love can sometimes be neglected when you are suffering, but will be the first to help pull you up in your time of need,” she says in an email. “This project is meant to bring attention to mental illness and to remind people to take care of that part of themselves.”

Maya Piata – “Same Way.”
RIYL: Anything Jordache.
What else you should know: From the famed orchestra hit that helps Bruno Mars evoke dozens of ‘80s pop and hip-hop tunes to the way that so many of the current Top 40 hits incorporate interpolations of ‘80s vocal melodies with slightly altered lyrics, it’s safe to say that decade is, once again, hip. In that same say, Piata’s “Same Way” does its darned-est to conjure up those same neon-colored memories. Her full Vernal EP comes out next Friday at the Regal Room inside of Dallas’ Independent Bar + Kitchen.