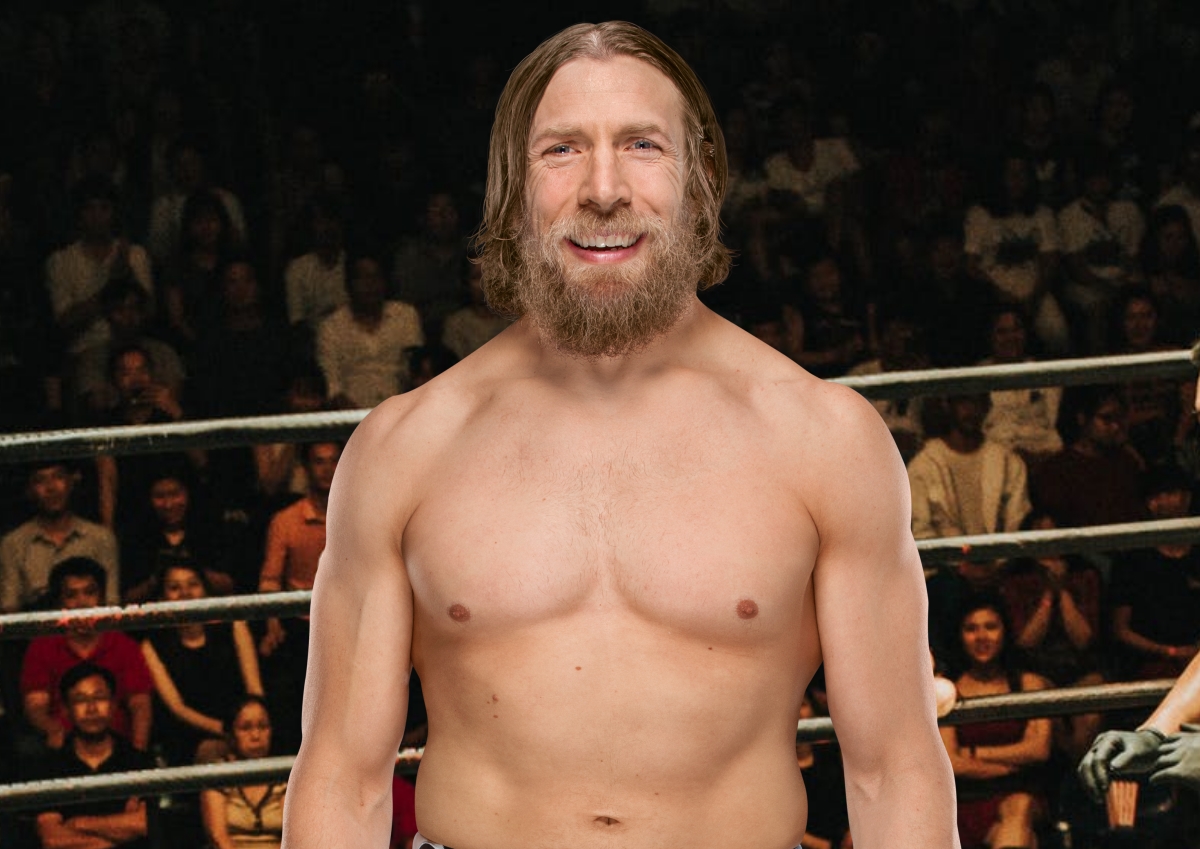 Some things you just can’t plan for. You can go looking for it if you want, but you’ll likely never cross paths with a pair of lynxes in the middle of an intense debate. It just doesn’t happen.

Other things you can plan for. Weekends, for instance, are pretty easy – especially in Dallas. Take a look below and find out what’s happening. Easy enough. — Cory Graves

Paul Simon at American Airlines Center
Before forever giving up his life on the road and (maybe) retiring to a quiet life in Oak Cliff, away from the spotlight, Art Garfunkel’s singing partner is wrapping up his “Homeward Bound” farewell tour. — CG

The Mammoths at Three Links
Austin has long been the epicenter of pysch rock, and the city’s still cranking out great bands of the genre. The Mammoths take the well-worn land into a slightly more soulful/bluesy territory, incorporating a few modern elements as well. Swimming with Bears, Bryce Bangs & the Snags open. — CG

Eprom at Lizard Lounge
Armed with Ableton and a Mac Book Pro, Mr. erasable programmable read-only memory will punch and click his way through a catalog of electronic-based musics. — CG

Museum Murder Mystery: An Artful Game of Clue at Dallas Museum of Art (Sold Out)
Didn’t get advance tickets to this live action game of Clue? Guess you’ll just have to go home and sleep with your significant other. — CG

How to Talk to Girls at Parties at Texas Theatre
The punks vs aliens tromp is bound to be a future cult classic. But for now the new release is just a current rotten tomato. — CG

Una Noche Con Jose Madero at House of Blues
The Panda singer goes solo — for one night only. — CG

Spinster Friday Night Special: Sad Dad Rock
What’s a sad dad, you ask? Per this blog post by Spinster employee/event organizer Kate Siamro, “He may work in graphic design, banking, own his own small local business, medical sales. But these normal jobs and settled down family life don’t take away his ambition to be prominent in his local city scene. He might have been in a band at one point when younger so he reminiscences to those days, wondering how old is too old to start a band. He decided to grow out a beard, because he can now. Always talks about side projects. Picked up wine/beer tasting as a hobby… because if you turn drinking into a craft then it doesn’t count as alcoholism? Right? He bought expensive coffee gear for the house, but still goes to the coffee shop every day. I actually like these guys a lot.” Hence a listening party geared towards these wistful upper-middleclass unicorns’ record collections. — CG

Stomping Ground Comedy Grand Opening Weekend
Dallas’ new (and purportedly first) nonprofit comedy theater hosts its first events. There’ll be two shows Friday, and some improv on Saturday. Fear not about the level of talent they’ll be able to pull, as local greats Aaron Aryanpur, Grant Redmond, Paulos Feerow and Monna will all be on hand for the festivities. — CG

The Mavericks at Billy Bob’s
Sure, members of Dallas’ NBA franchise have been known to hit the town and party late into the night. But, no, that’s not what’s going on here. Rather, the country-steeped, Tejano-horn-infused rock band of the same name plays the World’s Largest Honky-Tonk this weekend. Take dat witchu. — Ashley Gongora

Matisyahu, Stephen Marley at Canton Hall
Are you there, Jah? It’s me, Ras Trent. — CG

Skip Day at The Rustic (Free)
It’s, like, National Play Hooky Day, or something – which is weird considering we all just got off on Monday for Memorial Day. We digress. Even if you can’t afford to let the emails pile up by calling in sick to go day drinking in Uptown all day, Medicine Man Revival and Noah Jackson will wait until roughly quitting time to begin their free sets at The Rustic. — CG

The Polyphonic Spree at Legacy Hall (Free)
Residents of the burbs might not like to venture to the big city for their entertainment but, as of last weekend, they don’t have to. Plano’s got a fancy new three-story food court that’s hosting quality live music events now. Head here to check out or editor’s full take on the new spot. Or check it out for yourself. Tonight. For free. — CG

Truth in Comedy at Full City Rooster
Also known as TIC, three blood-sucking storytellers will tell intimate tales about their lives, then a fourth comic will do a stand-up set based on those stories. Because if you can’t learn to laugh at yourself, someone else will. — CG

Peach Kelli Pop at Three Links
While drumming for Canada’s pop punk trio White Wires, Allie Hanlon decided to create a side project for her solo songs, and thus Peach Kelli Pop was born. It’s a progressive blend of bubblegum punk that can only really be described as fun. Local outfits Sealion and Fishboy know a thing or two about that as well. — Lauren Rushing

Midland at Billy Bob’s
The “Drinkin’ Problem” trio returns to the locale where their latest video was filmed. Unlike the fellas do in the Goodfellas/Urban Cowboy-nodding clip, you can’t actually smoke in there anymore. Just a heads up. — CG

Dazed and Confused: Party at the Moon Tower at Texas Theatre
Apropos to nothing, more time has passed since Dazed and Confused was released in 1993 (that’s 25 years) than the time seprerating the Linklater classic from its subject ear of 1976 (that’s 17 years). But who’s counting? School’s out, so it’s time for the annual kegger at the “Moon Tower,” and all the “I get older they stay the same” jokes. Alright, alright, alright. — CG

A Place to Bury Strangers at Dada
Typically, Brooklyn trio A Place To Bury Strangers brings with them their own custom-built amps — equipment that ensures that their token, massively loud wall of sound will, indeed, be as ear-splitting as their reputation indicates it as being. They also sell custom branded earplugs at their merch booth. Prettiest Eyes, Dendrons open. — Karlo X. Ramos

Emo Nite LA Presents: Emo Nite at The Bomb Factory
Emo Nite returns to The Bomb Factory with one of its biggest shows to date. The Rocket Summer‘s Bryce Avary performs along with members of Cartel, Sum 41, No Doubt and Forever the Sickest Kids. — CG

Adakain at Trees
Come see the Dallas hard rock band who will rock out the show with its heavy riffs. Check out its hit single “Hey Girl,” which can be heard on local radio stations. Waves of Chaos, Redefine and Tory Sound open. — Juan Betancourt

Buckethead at Granada Theater
He’s no dancing Jabbawokee, he’s just Buckethead. The 6-foot-4, fret shredding head trip with a KFC bucket atop long, curly locks is eccentric, to put it mildly. If you’ve never heard his masterpiece “Too Many Humans” I suggest you do before attending. — Sidney Johnson

Poison, Cheap Trick at Toyota Music Factory
Rick Nielsen, his arsenal of checkered guitars and the rest of his Rock and Roll Hall of Fame bandmates glam out in Irving with Pamela Anderson’s bandana-wearing ex and his arsenal of hairspray. Every rose has its thorn, indeed. — CG

Red Bull Cliff Diving World Series at Possum Kingdom Lake
The stark contrast of the dual cliffs that make up Possum Kingdom Lake’s Hell’s Gate cove are certainly an impressive visual on any given day. But when more than a dozen of the world’s best cliff divers are propelling themselves off of two platforms temporarily constructed eight stories high on the cliffs’ faces as they will be on Saturday, the effect is nothing short of stunning.– Anton Schlesinger

Devotional (tribute to Depeche Mode), Hollywood Erasure (tribute to Erasure) at Gas Monkey Live
Just can’t get enough of these ‘80s acts? Give a little respect to these tribute bands. — CG

Bricks In the Wall at House of Blues
Pink Floyd plus lasers. — CG

Art Conspiracy Presents: R/EVOLUTION at Life in Deep Ellum
At this mini-ArtCon, 50 artists will auction off works with a revolution or evolution themes to benefit a charity to be named at the event. Plus music and booze. — CG

Dave Alvin & Jimmy Dale Gilmore at The Kessler Theater
Backed by The Guilty Ones, The Blasters frontman Dave Alvin and The Flatlanders’ JDG will swap songs from their legendary catalogs. — CG

Speedy Ortiz at Dada
Speedy Ortiz strikes a great balance between structure and songwriting. Sure, there are a lot of emo revivalists doing similar stuff, but none that evokes quite the same spirit of Malkmus. And that unique dualism is what makes the outfit so endearing. Anna Burch and Control Top open. — Calvin Cashen

The Fibs, Rosegarden Funeral Party at Three Links
A couple years back, a band known as Moon Waves kind of shot up out of nowhere to start scoring prime gigs all around Deep Ellum — this despite the fact that none of its members were yet out of high school. Yes, it was a fast rise for that hot young psychedelic band, indeed. But it was also short-lived: Just as the band was starting to really establish itself, it splintered; and as John Kuzmick and Gus Baldwin moved on to focus on their upstart even-more-psyched-out Acid Carousel project, whose infectious “Higher Than The Beatles” song from early 2017 continues earns regular spins on KXT, frontwoman Leah Lane formed a new post-punk project called Rosegarden Funeral Party. — Pete Freedman

Minus the Bear at Granada Theater
Everyone’s favorite bear-less band is back! Bring your own bear, since this math rock and electronic hybrid band definitely won’t have one. — Chelsea Upton

WWE Live at UTA College Park
It may not be a televised event, but advertised at this house show is that clamored Daniel Bryan vs The Miz fight the Blue Brand will inevitably start building towards in the next few months. — CG