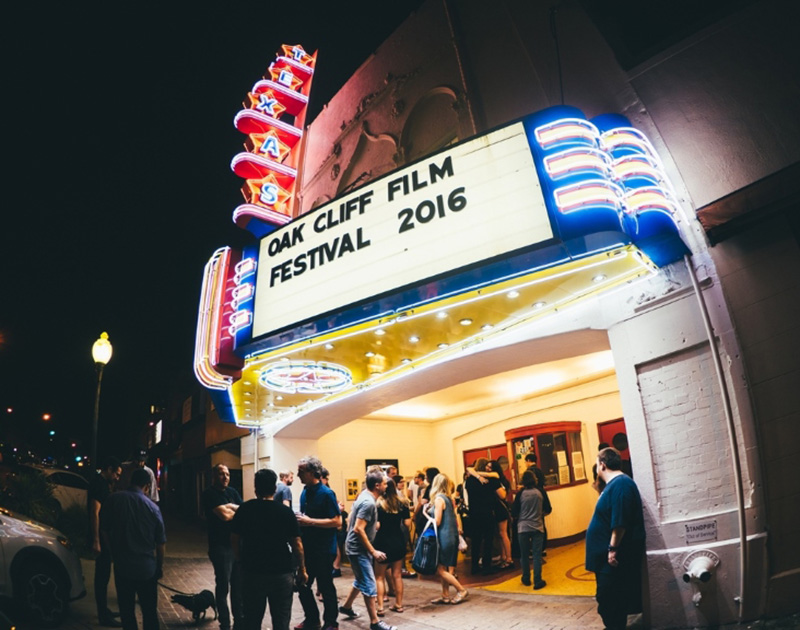 With More And More Film Festivals Taking Place In And Around Dallas Each Year, Which Ones Are Most Worth Attending?

Though it may not always seem like it, film fans in Dallas boast an almost embarrassment of riches these days.

Sure, we may have to wait a little longer for some of our movies, but Dallasites who know how to maneuver the local cinematic landscape have an opportunity to see just about every single important release each and every year.

We also have more film festivals than we know what to do with. Whether you’re looking for the critically acclaimed films you may have heard about playing at bigger festivals around the world, simply seeking a celebration of filmmakers of different races and backgrounds or wanting to engage a very specific niche of film, Dallas has you more than covered.

But which fests are the best takes? With the lineup now out for the 2017 Dallas International Film Festival, we polled our film critics find out which festivals they most enjoy. In turn came up with this ranking, one that strictly takes a look at our choices for the five best film festivals in the North Texas market.

Apologies to the many others that also make their marks on the area film scene, but these are the ones that truly shouldn’t be missed. — Kip Mooney

5. The McKinney Classic Film Festival. One of the newest festivals in North Texas is also one of its best. The McKinney Classic Film Festival takes place on the town’s historic square and features some of the greatest films ever made. The inaugural 2015 edition focused on great courtroom dramas of the past, including To Kill a Mockingbird. Last year’s edition brought some much-needed levity with a slate of great screwball comedies. While there will never be a shortage of new films to see, few things are better than seeing a classic on the big screen with a group of fellow film lovers.  — KM

4. Dallas VideoFest. This elder statesman in the local film festival landscape still manages to surprise with its unique and eclectic programming. Last year’s version featured a screening of 1927’s Sunrise as the Dallas Chamber Orchestra played a new score — and that’s just a taste of what this fest has in store, really. Yes, this is a festival that very much enjoys living on the edges and testing the norms, like how it annually takes over the Omni Hotel’s massive LED facade for its Expanded Cinema event to project video installations in conjunction with an audio simulcast on KXT 91.7-FM. But DVF is more than just stunts. The fest is usually good for screening at least one movie that ends up making our year-end lists, as was the case in 2013 with the avant-garde sea documentary, Leviathan. While the majority of the movies shown may not be Sundance hits, you can rest assured that they’ll be unique and trippy. DVF is essentially a filmmaker’s festival that celebrates the boundaries of film. Basically, there’s a reason it’s been around for 30 years. — Javier Fuentes

3. The Asian Film Festival of Dallas. Unlike the other festivals on our list, the Asian Film Festival of Dallas gives the market just a taste of the vast cinematic world of Asia. But what a taste it is. You want the new action thriller from Korea? A repertory screening of Seven Samurai? Experimental shorts? The Attack on Titan films? You get all that at AFFD. What’s great about this festival is the new experiences you get at it — especially if you’re not particularly familiar with Asian cinema. And if Asian cinema is your thing, well, then there’s always some world or Texas premiere to check out. It’s also delightfully low-key, usually housed in a single location — historically at the Magnolia, but more recently the Angelika. This makes it easy to hang out after the films and chat with new friends about what you’ve just seen, adding to the communal vibe of the whole thing. Speaking of that: The festival is completely volunteer-run, and you can really see the passion the runners have for Asian cinema. Attending this one at least once is a definite must for any true area movie fan. — Angela Jones

2. The Dallas International Film Festival. Though it could use some thematic coherence, there’s simply no better local opportunity to see a wider variety of films from around the world than at the Dallas International Film Festival. Running maybe a tad too long at 10 days, the fest manages to nab a sprawling collection of awe-inspiring foreign films, thought-provoking documentaries and extremely creative shorts. They also foster local talent, including students. DIFF still has some work to do — especially when it comes to getting the creators and stars of some of the bigger films to stop by — but its depth and breadth go unmatched in this town. — KM

1. The Oak Cliff Film Festival. Of all the many film festivals in town, the baddest of them all is the relatively young Oak Cliff Film Festival. Based out of the historic Texas Theatre but also housed in other theaters across Oak Cliff, this festival earns our top billing for one very specific reason — its truly stellar programming. Whether culling from the national festival circuit or are bringing in unheralded gems to make their debut, the Oak Cliff Film Festival team consistently curates a lineup featuring some of the most genuinely interesting films one is likely to see in town in a given year. The mix of new releases, memorable repertory screenings (hello, 35mm print of Stop Making Sense), solid short film blocks and special events (including concerts, Q&As and sometimes events that combine the two!) will make you wish that this fest lasted longer than its quick five-day run. This is especially true when you factor in the Oak Cliff Film Fest’s organization; whereas some festivals will falter in the face of logistics (bad prints, late screenings, etc.) this festival has run like a well oiled-machine since its inception. As much a celebration of film as it is the unique neighborhood for which it’s named, it just doesn’t get any better than the Oak Cliff Film Festival. Well, not in Dallas and its surrounding areas, anyway. — JF