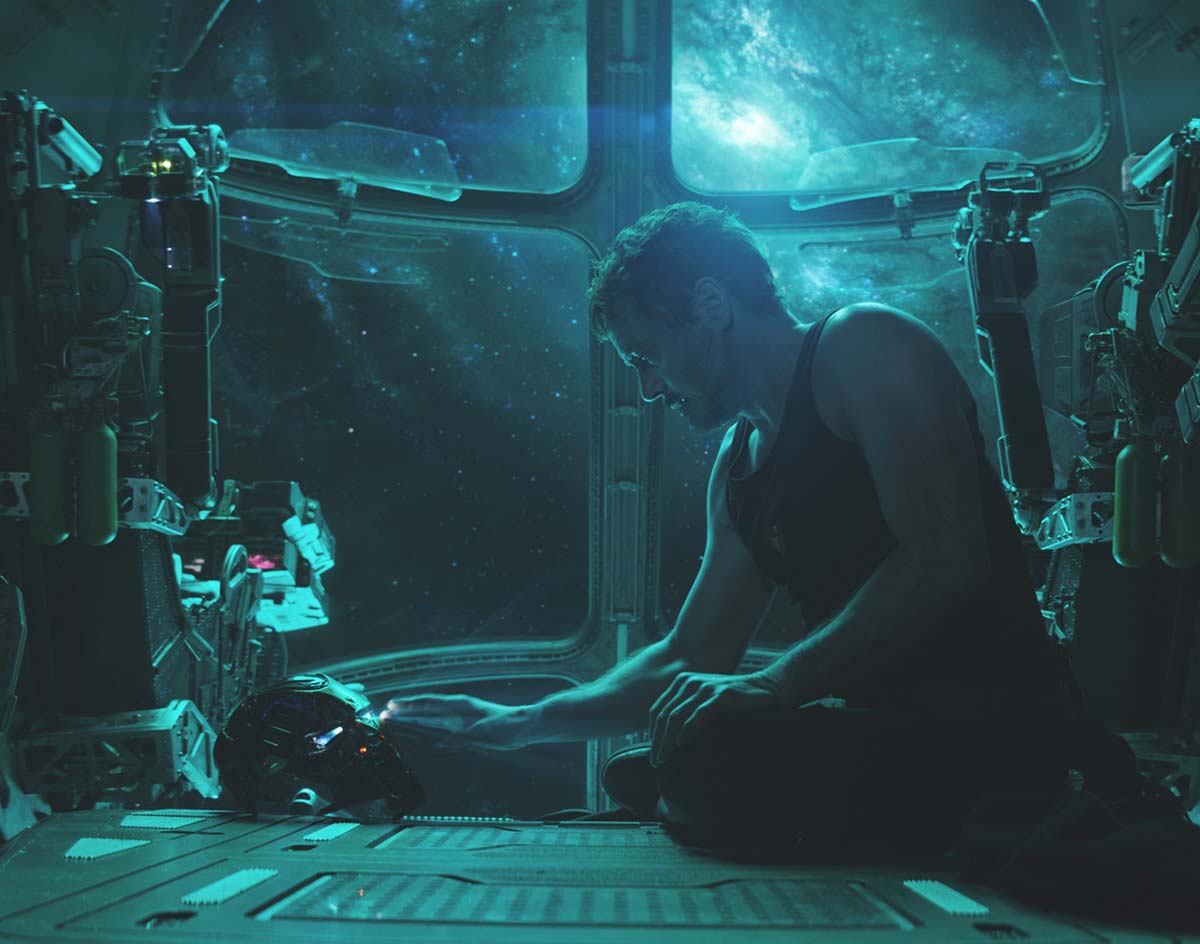 On Avengers: Endgame, Pet Sematary, Her Smell And The Rest Of April 2019’s Top New Releases, Limited Showings And Repertory Screenings Around Dallas.

I hope you’re not sick of comic book movies yet because April is chock full of them.

DC kicks things off with Shazam!, which is actually not gloomy. Go figure!

Then Lionsgate tries to resurrect Hellboy, which is a bad idea for a number of reasons, chief among them that they’re not letting Academy Award-winner Guillermo del Toro finish his trilogy. Seems like a flop in th emaking to me.

And then, of course, Marvel comes to swallow the box office whole with the final movie of its third phase, Avengers: Endgame. Is a $300 million opening weekend possible? We’ll find out.

Along the way, there’s also some horror and comedy mixed in to lighten the load, as well as a truly bizarre slate of limited and repertory releases, including two films I never thought would see the light of day.

That all in mind, let’s take a look at the best offerings set to hit cinemas in our neck of the woods this month.

Pet Sematary.
Directors: Kevin Kolsch, Dennis Widmyer.
Writers: David Kajganich, Jeff Buhler.
Cast: John Lithgow, Jason Clarke, Amy Seimetz, Obssa Ahmed.
Opens: Friday, April 5.
The 1989 original is already pretty effective, so there’s not much reason for this remake. But it’s still bound to mess you up. This is one of Stephen King’s bleakest stories, with no goofy creatures, just the monster of unresolved grief. The cast is full of excellent character actors, and the move to make the (un)dead kid a pre-teen instead of a toddler should ground the story a little bit more.

Shazam!
Director: David F. Sandberg.
Writer: Henry Gayden.
Cast: Zachary Levi, Mark Strong, Asher Angel, Jack Dylan Grazer.
Opens: Friday, April 5.
While Wonder Woman had some moments of levity and Aquaman was goofy and enjoyable, this seems like DC’s first attempt to make a comic book movie fun from start to finish. Asher Angel plays a foster kid who gains superhero powers from a wizard (Djimon Hounsou), but takes a while to own up to the lesson from Spider-Man — y’know that ol’ “with great power comes great responsibility” one. Zachary Levi, an actor I’ve enjoyed seeing onscreen for years, is finally getting a role that seems to fit him as well as Chuck did. Check out our own Javier Fuentes’ review of this romp right here.

Little.
Director: Tina Gordon Chism.
Writers: Tina Gordon Chism, Tracy Oliver.
Cast: Regina Hall, Marsai Martin, Issa Rae, Justin Hartley.
Opens: Friday, April 12.
Big is one of my all-time favorite movies, so I’m pretty much a sucker for any rip-off of it, including 13 Going on 30 and 17 Again. Marsai Martin (Black-ish) stars here as the 13-year-old version of Jordan (Regina Hall), a tyrannical executive who’s cursed after being especially rude to a young girl. This is all familiar territory, but writer Tracy Oliver (Girls Trip) should be able to put a fresh spin on it.

Avengers: Endgame.
Directors: Anthony Russo, Joe Russo.
Writer: Christopher Markus, Stephen McFeely.
Cast: Chris Evans, Chris Hemsworth, Brie Larson, Josh Brolin.
Opens: Friday, April 26.
Marvel’s grand finale looks super sad and entirely too long (reportedly three hours). But its cryptic trailers and TV spots have given us absolutely no indication of how they’re going to resolve it. I mean, obviously all the folks who — spoiler alert! — disappeared in Infinity War are coming back, but how it’s going to transpire is still a mystery. Perhaps the only mystery left in the MCU! I’m going to see it. You’re going to see it. Whether it’s a satisfying ending is almost beside the point.

Amazing Grace.
Directors: Sydney Pollack, Alan Elliott.
Aretha Franklin’s spectacular live gospel album Amazing Grace came out in 1972, becoming her all-time best seller. Its accompanying documentary should have been released then too. But audio issues and legal battles kept it buried for decades. Now gorgeously restored and completed, this should be one of the most incredible concert documentaries, joining the ranks of Stop Making Sense and Sign O the Times.

High Life.
Director: Claire Denis.
Writers: Claire Denis, Jean-Pol Fargeau, Geoff Cox.
Cast: Juliette Binoche, Robert Pattinson, Mia Goth, André 3000.
French director Claire Denis’ films are almost always entirely different from one another. Her latest is her biggest film yet, with a tremendous cast playing astronauts stuck in a science experiment, hoping to create life while in remote space. The leader of the experiment (Binoche) will probably even kill to keep it going. It’s probably going to be a lot weirder and less scary than this trailer suggests. But probably even better, too.

Mary Magdalene.
Director: Garth Davis.
Writers: Helen Edmundson, Philippa Goslett.
Cast: Rooney Mara, Joaquin Phoenix, Chiwetel Ejiofor, Tahar Rahim.
Rescued from the Weinstein Company vaults, this gorgeous-looking biblical epic features two of my favorite actors as Mary Magdalene and Jesus. The casting of Phoenix is especially intriguing, since so many films can’t seem to get right the most important figure in history. Phoenix might not be able to either, but at least he’ll get closer than any of the many weak attempts you might be subjected to this Easter.

Pink Flamingos.
Director: John Waters.
Writer: John Waters.
Cast: Divine, David Lochary, Mary Vivian Pearce, Mink Stole.
Playing At: Inwood Theatre.
Showing: Friday, April 5; Saturday, April 6.
The movie that made John Waters a household name has been subjected to a variety of reviews — from “The most disgusting thing I’ve seen in my whole life!” and “A piece of garbage” to “I thought it was marvelous” and “Fantastic!” The film follows Divine (as a version of herself) trying to win the title of the Filthiest Person Alive. Your mileage may vary on a movie that features a person actually eating a real dog turd.

eXistenZ.
Director: David Cronenberg.
Writer: David Cronenberg.
Cast: Jude Law, Jennifer Jason Leigh, Ian Holm, Willem Dafoe.
Playing At: Alamo Drafthouse Richardson; Alamo Drafthouse Cedars.
Showing: Monday, April 8; Wednesday, April 24.
While there have been plenty of excellent tributes to The Matrix, David Cronenberg’s 1999 low-budget sci-fi covers a lot of similar ground and shouldn’t be ignored. Jude Law and Jennifer Jason Leigh star as people who get enamored with the video game of the title, which allows them to act out the fantasies they wouldn’t dare indulge in real life. But when the game starts spilling out into the real world, there are dire consequences. There’s a real tactile – and occasionally gross – quality to this film that separates it from the many “what even is reality?” movies of its time.

War and Peace.
Director: Sergey Bondarchuk.
Writers: Sergey Bondarchuk, Vasiliy Solovyov.
Cast: Sergey Bondarchuk, Lyudmila Saveleva, Vyacheslav Tikhonov, Bors Zakhava.
Playing At: Texas Theatre.
Showing: Sunday, April 14.
Hope you’ve got a strong bladder! This Academy Award winner is coming back to theaters in its full seven-hour glory. The most expensive movie in Soviet history, this adaptation of Tolstoy’s classic novel has all the epic scope and dramatic heft necessary to render all other adaptations unnecessary. The Texas Theatre is showing the film in four parts, so at least you’ll get a few breaks if you plan on watching the whole thing in one day.

All About Eve.
Director: Joseph L. Mankiewicz.
Writer: Joseph L. Mankiewicz.
Cast: Bette Davis, Anne Baxter, George Sanders, Celeste Holm.
Playing At: The Magnolia.
Showing: Tuesday, April 23.
This classic backstage drama set a record for most Academy Award nominations, including a still-unchallenged five acting nods. It’s just an absolute embarrassment of riches, completely engaging (if a little long) and with a cast for the ages. Bette Davis is the Broadway icon, and Anne Baxter is the devoted fan who takes over her life. This is a movie all about determined women, but only George Sanders won the Oscar. But it’s not hard to see why. His scheming critic is one of the best supporting turns ever.