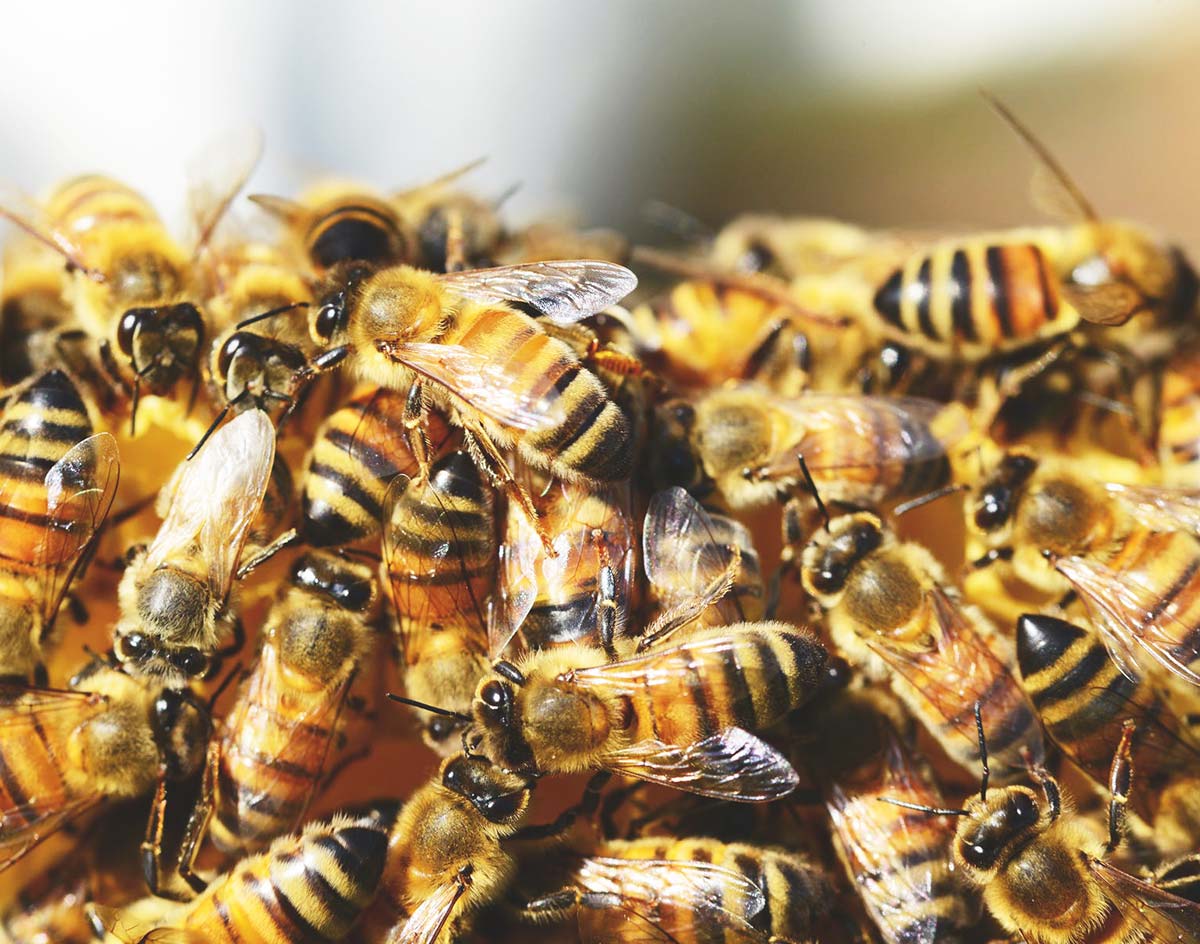 The rapid development of Deep Ellum has brought along with it scores of new commerce and a much higher population density, as the residential units have increased by 75 percent in recent years. As the area trends closer and closer to becoming the type of concrete jungle that is reflective of this type of growth, it’s increasingly more difficult to find the few remaining natural components the neighborhood has to offer.

But at the Elm Street tapas bar Izkina, executive chef Joel Orsini is aiming to add to the neighborhood’s natural elements with a little help from some of nature’s most harmonious yet misunderstood creatures. By installing a rooftop garden and apiary, Orsini wants to introduce bees to Deep Ellum.

“We’re just trying to help the neighborhood get more actual beauty to it — for years, and years and years,” Orsini says of his plan to expand his efforts at Izkina even above the Deep Ellum Hostel in which it resides.”There’s always been trees, and there’s always been a little bit of natural flowers, vegetation and stuff like that. But in order to really make that proliferate and grow better, [we need] the addition of having something like a rooftop garden, and adding bees to it.”

For Orsini and the Izkina team, adding the rooftop garden and apiary is all about adding more organic details to Deep Ellum’s rustic base. And while they say have been part of their plans since opening their doors in the summer of 2018, the project has only recently started coming to fruition after immense neighborhood support and a successful crowd-sourcing effort on GoFundMe. In addition to reaching their stated $1,200 online goal of raising funds to purchase flower boxes, a pollinator house and other materials, this money will also help Izkina acquire an added honey bee population to support the existing bees in the area.

As opposed to importing bees from Italy or from the northern parts of the U.S. that might have issues adjusting to the local climate, Orsini notes that having a localized bee population can do a lot of good for the neighborhood.

“The GoFundMe thing fully helped with getting the nucleus of bees from Texas itself, from about a half hour south of San Antonio,” Orsini says. “They’re Texas honey bees, so they’re already acclimated to our weather. There are already honey bees everywhere in the neighborhood, and they’re taking advantage of the Redbuds still.”

Beyond the online support the project has received, Orsini is quick to point out how much support his efforts have already received from the businesses and entities near his own. These contributions include, but at not limited to, donations of feed boxes, grow bags, soil, compost and seeds, as well as promotional assistance from the Deep Ellum Foundation. The Deep Ellum Foundation also recently re-installed sprinkler systems throughout the neighborhood, and those upgrades will help Izkina’s efforts to water all of the beds, as well as replanted trees. Social media support via Instagram and Facebook has also helped Orsini connect to a handful of local beekeepers and farmers who’ve offered their assistance with the project.

As it stands, the garden boasts about five grow trays with around 72 seedlings that are ready to be transferred to more appropriate gardens as necessary when the weather stabilizes. The garden mostly includes botanicals and herbs, with plans to grow citrus trees in the summertime. Because it will be an aesthetically pleasing component as well as an ecologically friendly one, visitors to Izkina and the Deep Ellum Hostel will both be allowed to view the rooftop, as well as eventually take courses on various subjects such as gardening and beekeeping (an approachable field that requires no certifications) once things take off in around 6 to 8 months.

As for those South Texas bees? They’re set to arrive later this month.

But what Orsini seems most excited about is the opportunities for collaboration that his new garden and apiary might foster. The end goal is to use these new features to create long-term growth for the neighborhood, both for the nature component and its burgeoning residents. That will take shape, Orsini says, through partnerships with various organizations and businesses around the neighborhood. He also hopes to implement discounts for Deep Ellum residents interested in the garden, and to make the garden and apiary a stop on future food crawls that might run through the neighborhood.

While it may take a few months for the rooftop to bring forth new life like it plans to, the amount of support the project has already received — coupled with its potential good for the environment — is a welcome developmental change for the neighborhood, which could use more greenery among the concrete and steel.

In other words: Finally, there’s a Deep Ellum development we don’t have to worry about.