Come On In: The Water In Aquaman Is Just Fine. 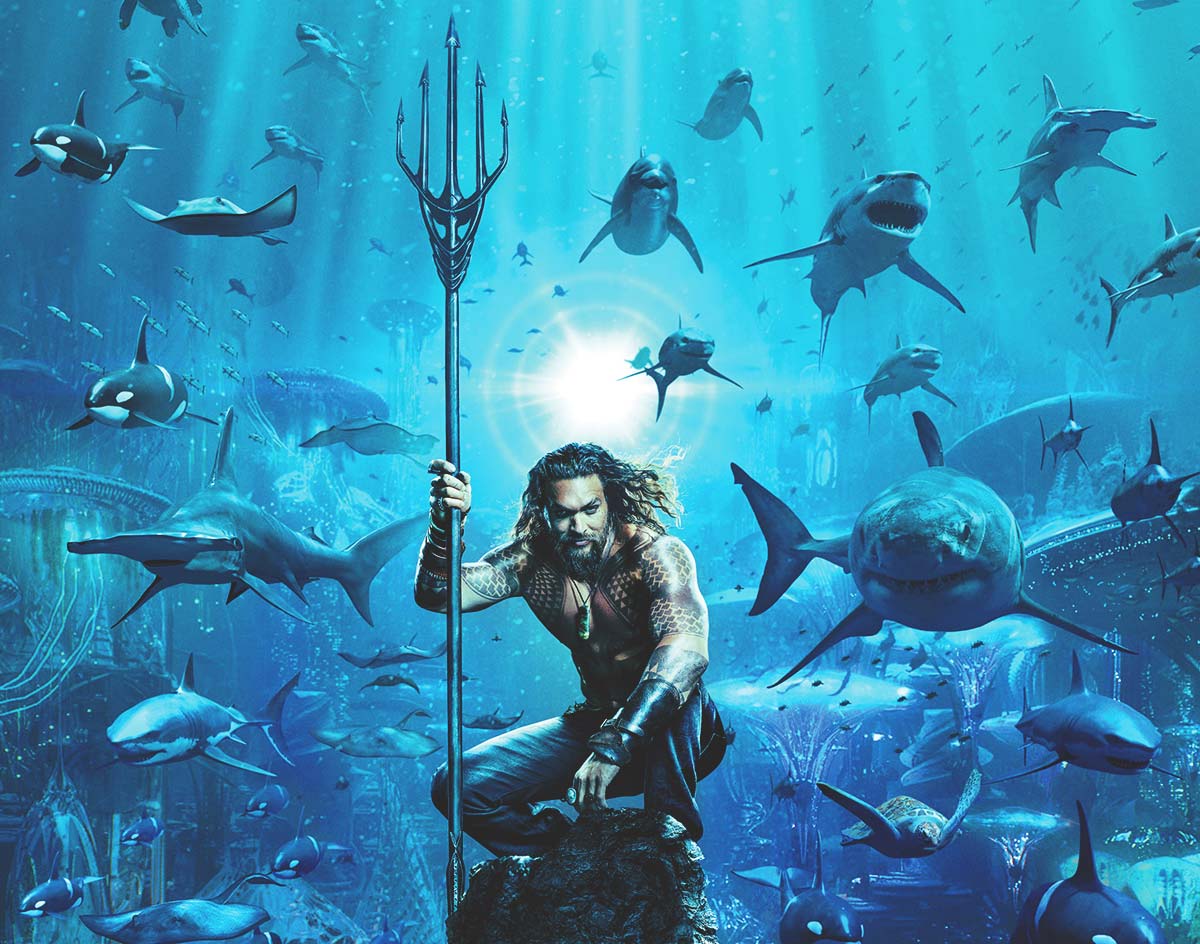 By Embracing A B-Movie Aesthetic, Furious 7 Director James Wan’s Aquaman Represents Something Of A High-Water Mark For DC’s Film Efforts.

Throughout the majority of his existence, Aquaman has been easy to mock.

“Oh, you talk to dolphins? And you can swim real fast? Cool story, bro.”

But the casting of Jason Momoa as Aquaman in Justice League kind of threw a wrench into all that. I mean, the  guy looks nothing like the comic version, all covered in tattoos instead of the superhero’ trademark gold and green suit.

Now, in his first solo outing, Momoa’s charm and fun screen presence is tasked with carrying an entire film. It mostly works, too. Thanks to director James Wan focusing on telling Arthur Curry’s story rather than his place in the larger DC Universe — the rest of the Justice League is conspicuously absent here — Aquaman rises above a lot of the typical super hero fare out there, standing as one of the most bonkers big-budget B-movies in a long time.

The story here goes as follows: Aquaman’s half-brother King Orm (Patrick Wilson) wants Atlantis and the other underwater kingdoms and wage war on the surface as a payback of sorts for decades of polluting and over-fishing. Asked to help by Princess Mera (Amber Heard), the half-human/half-Atlantean Aquaman reluctantly returns to his home under sea in an effort to take over the throne and prevent this war.

The reluctant hero hero who must embrace his larger destiny and overthrow a wicked lord with help of a magical weapon is a tried-and-true story structure. But what Aquaman lacks on originality, it makes up for in stylistic flourishes. The visuals in this movie are truly outstanding, especially when viewed on a giant IMAX screen. The design of Atlantis is especially awe-inspiring, and its neon, techno-organic underwater metropolis — it almost feels like a submerged Tron — is filled with fantastic creature designs at every turn.

For all his skill with visuals, though, Wan’s efforts at incorporating flashbacks into present-day actions scenes are just as impressive, as they provide the film a sense of urgency in spite of its two-hours-plus run time. Also up to snuff is the action — including one particularly inspired one-shot chase scene — although that, perhaps, is to be expected of a Fast & Furious film-making veteran.

Aquaman just continuously surprises, doing more and better than anyone could rightly expect of the film. Nowhere is this more apparent than in the score, which composer Rupert Gregson-Williams cleverly alters depending on the setting. On the surface, he uses a traditional orchestral score, but when things go underwater, he switches to electronic synths and drum machines.

The films weaknesses pretty much all stem from the script, which centers too much around an unbelievable romance between Princess Mera and Aquaman that, for all of Momoa and Heard’s charms, just never leaves to runway.

Still, by the time the creative and fantastical climax arrives and audiences are looking at a ridiculous fight filled with lasers, lobster people, lava, dudes riding sharks and a red-headed Dolph Lundgren riding a sea horse, audiences likely won’t mind that the film’s romantic elements aren’t as strong as they could be.

Is Aquaman a great or even good movie? Not really. And it’s definitely not for everyone. But it excels at being what it is — a weird and fun trip with the vibe of a VHS cult movie from decades past.