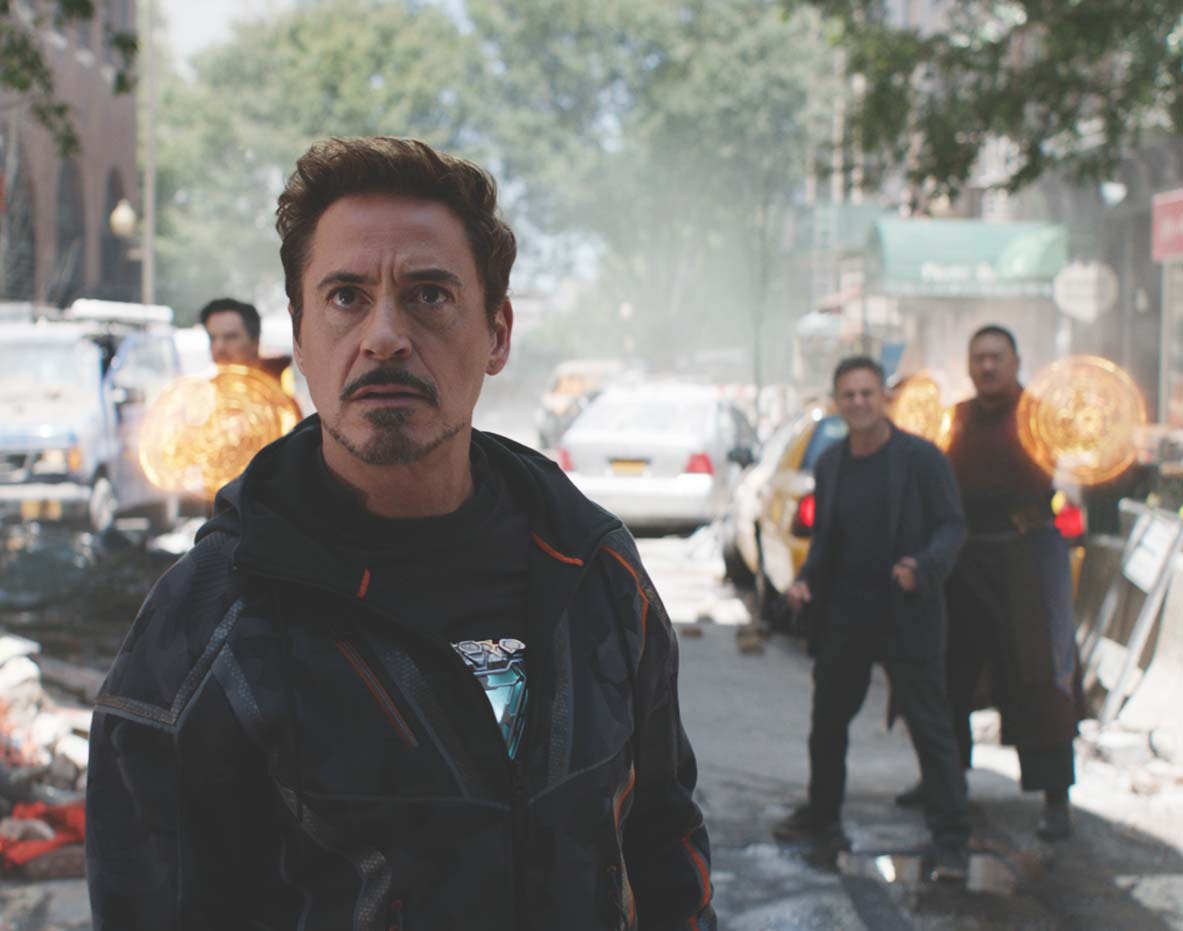 There’s Probably Too Much Going On In Avengers: Infinity War, But At Least Marvel Finally Gets The Villain Part Of The Equation Right This Time Around.

Well, Infinity War is finally here. And to say that expectations going into the movie are high? Well, that would be an understatement. This, after all, is the culmination of a franchise that’s a decade in the making and that has impacted the film business in an insane way for years to come.

So, rather than dilly dally around it, let’s get this much out of the way at the jump: Yes, Infinity War mostly works.

Given the amount of locations and famous people involved — including three of the Chrises! — there’s a lot that could’ve gone wrong here. But while there’s no doubt that Infinity War is definitely flawed, it’s also pretty remarkable that, again, it mainly works.

Starting only minutes after Thor: Ragnarok‘s end, Infinity War puts bad guy Thanos (Josh Brolin) at the front-and-center as he continues his previously hinted at (see: Guardians of the Galaxy) quest to gather six Infinity Stones so that he may control reality and wipe out half of the life in the universe. With two of the stones on Earth and in the possession of Dr. Strange (Cumberbatch) and Vision (Bettany), it was inevitable that Thanos and his crew would eventually come a-knocking. And now, well, here he is, with all of our favorite heroes from Earth and space banding together to prevent him from accomplishing his task.

And we do mean all of them. Credit to the directing team The Russo Brothers for juggling this massive cast well, weaving characters in and out of different locations and situations, and allowing fans to see all of these heroes come together to fight a greater evil without getting lost in the sauce. That they’re able to pull this off is a testament to The Russo Brothers’ abilities, and to those of screenwriters Christopher Markus and Stephen McFeely, who do a great job of keeping the proceedings from too many tangents.

The real star of the show, though, is Thanos, whose screen time and ample backstory make him more complex and compelling than the bland, vaguely evil villains that the MCU has too often employed over the last decade. His desire to destroy half of the life in the galaxy actual comes from a real motivation of wanting to restore balance to the universe and reduce resource scarcity.

As for the flaws? Well, too many serialized details and character developments from previous entries in the universe are too easily just entirely cast aside. Even with a full two hours and 40 minutes of runtime to play with, all sorts of seemingly important reveals — like, say, the destruction of two entire planets — happen completely off screen, with exposition doing more heavy plot lifting than it perhaps should.

But that all is perhaps to be expected. Infinity War was never going to be just a movie. It was always going to be more than that — a cinematic event in its truest definition. And that’s OK! It’s fine to be excited when you see Star Lord get jealous at how handsome Thor is! It’s perfectly acceptable to be overwhelmed by Infinity War‘s novelty and ambition, to just smile and give in to the tidal wave of all that is coming to a crest in this universe at once. Does that keep this film from feeling as fully realized a standalone effort as Marvel’s best, like Black Panther and Winter Soldier? Definitely, but that’s the goal of this film.

Fact is, Marvel has gotten really good at these movies. And while there are still weak point to this cinematic universe style of storytelling, the studio knows well at this point what its fans want and what its films need to be.

To that end, Avengers: Infinity War truly feels like both the best and the worst of what Marvel has to offer. And, given good almost always triumphs over evil in the end of these films, it’s no real surprise that the positive aspects of this film ultimately win out over its drawbacks.

Not that it matters, either way. This film will be a hit no matter what reviews like this say. War, in art and in real life, is always good for the economy.