A Note From Our New Associate Editor. 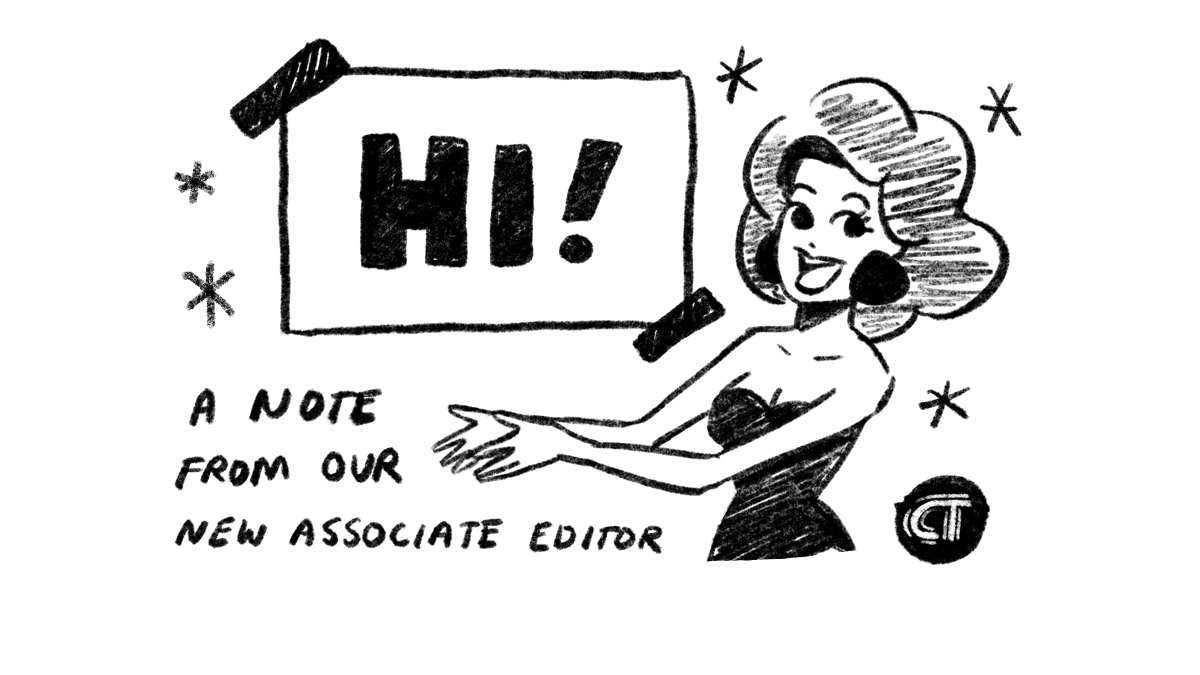 In A Time Where Nothing Really Makes Sense Anymore, Our New Editorial Team Member Would Like To Believe Some Things Always Will.

As much fun as I had with the speed dating-style questions for you to get to know me a little better, I believe in proper introductions.

For some of you in Dallas, I may not need an introduction. Not because you know me personally, but because you maybe watched me grow up online. (I’ll still be doing a lot of growing up online for as long as the router stays plugged in and my phone stays on.)

For now, I’ll try to condense my last decade of burrowing into this city as best as I can. Hopefully everything will make sense in the end.

I grew up during the social media explosion that would later change the landscape of the internet and pop culture forever. I experimented heavily with coding in grade school. I wrote popular MySpace bulletins in seventh grade, which would eventually lead to creating my own website where I chronicled the city’s cultural scene for curious high school readers around the Metroplex. It was simple; I’d use social media as a research tool in order to find where the latest album release or concert was going to be. I just wanted to find the right crowd and the right show, and to be there to write about it.

For a kid growing up in South Irving, anything that happened in Dallas proper was always exciting. Driving through downtown was not something very frequent in my life, so any excuse to see the architecture, the people and the social scene was special to me.

Floating around in cyberspace for a large part of my life led me to some wild nooks and crannies both on and offline. I saw how the cultural scene was growing from the small epicenter in Dallas to something uniquely global. Writing about those shows in high school led me to meet some incredible cultural frontrunners in the city that would later go onto securing careers in A&R and/or producing global megastars. Some would go onto be internationally touring DJs, and others would go on to design for companies we could only dream of working with.

Following much success, some of my friends and creative confidants moved away to the more international cities of the world. For some reason though, I could never quite leave Dallas.

I found a job at a neighborhood-style bar in Oak Cliff where the vibe felt more like a house party than a bar. It was not the place that gave me an appreciation for fine-dining cuisine by any means, but it made me feel right at home. The staff was my surrogate family, and the guests felt like longtime friends. On weekend nights, it reminded me of being at the parties I would sneak into in the name of journalism back in high school. I discovered a newfound appreciation for these people and their community. Admittedly, I was never the Stetson-hat-floral-shirt-mixologist type. The majority of the night’s shots were made with peach schnapps and Red Bull or watermelon pucker and Tajin — not that there’s anything wrong with that. Vegas Bombs and Mexican Candies do numbers here for a reason: They’re easy to drink.

After earning my stripes there, I knew it was time to move on. I began to really dive into Dallas’ nightlife. If there was a party, I was there. And if there were multiple things going on in one night, my thrill came from seeing how much I could check off my to-do list. My goal was to go out, survive and live to tell a really good story afterward. Oh, c’mon: Think back to when you were 21!

Eventually, though, you gotta know when to leave the party — and go to another one. My funds were starting to run low, and I needed to get back to work or move back in with my parents. Well, I wasn’t about to give up my unsupervised freedom in one of the youngest and more liberal neighborhoods in the city.

I went back into the industry that I knew would accept me — but, this time, I wanted to be back in the heart of the city. There were a lot of habits I had to undo and re-learn when I stepped into the pulsating Dallas service industry scene. For the first time, I was seeing bartending not as fun way of paying my bills, but as a true disciplinary tool and an extension of the ever-evolving culinary universe.

I learned everything all over again — from the nuanced history of classic cocktails to how to stir cocktails in a yarai properly. If you want to hang with the crowd here, you’ve got to do your research. The Dallas service industry takes that shit super seriously here. And why wouldn’t we? We house some of the best cocktail spots in the United States for a reason.

About two years ago, I worked at a popular agave spirits bar until I was offered a position as a liquor sales rep for a very outspoken mezcal brand. My territory to cover would be Dallas proper, with a focus on Deep Ellum, Lower Greenville, Knox/Henderson and some of Oak Lawn. “Psssh, I know those streets,” I thought. I spent nearly the entire year prior partying in these neighborhoods, after all.

While it was not a walk in the park for me, I did learn a lot in the process. For the entire year I was a brand rep, I saw the city’s unique food and beverage landscape in a way I hadn’t seen before. I saw how the web of business, music, arts and food & beverage connected in a way that would embody Dallas’ overall mantra: Look good while having fun and eating well.

But unlike the music scene, crowd participation here was rooted in tasting and experiencing sensations and flavors together at a table. I had the fortunate opportunity to taste some incredible food that not only changed my view on the culinary world, but also shifted my idea of Dallas completely. We had some of the most meticulously crafted and sensational food right here in this city, along with the interesting community of people that make it happen.

In that same year, Dallas would go on to win Bon Appétit’s nod for 2019 Restaurant City of the Year.

Through “the industry” and my experience with it, I saw and felt my profound love for the city shoot up to a degree it hadn’t before, and in that moment I realized, “Y’know what? I’m not leaving anytime soon.” It’s way too fun, and the food is way too good here. Not only that, but the amount of growth that’s happening in Dallas is too hard to ignore. Sure, it’s gross when big companies try to cash in on the growth without getting to know the culture — but, hey, if I were anyone else, I’d want to be here too.

I met Central Track founder Pete Freedman the same year this publication was born, back when I was still in high school and writing for myself. I would later join Central Track in 2016 as a graphic design intern, while occasionally reporting on culture and nightlife.

I always had a soft spot in my heart for this publication, and I’d like to think that is because we do things a little bit differently in the name of a good time, while never faltering in our undeniable passion for all things Dallas.

So in 2020, in the middle of a global pandemic where human contact is a socially punishable offense, the service industry is in a very stressful limbo and concerts feel like a surreal memory, the universe found a way to tie together everything I had been separately working on. Pete and Central Track editor Alec Spicer asked me if I was interested in an associate editor position covering this city’s nightlife and food & drink scenes.

I said yes. Because everything makes sense in the end.

For story tips, pitches or drink suggestions to get you through this nightmare of a year, hit me up at Jessi [at] centraltrack [dot] com.