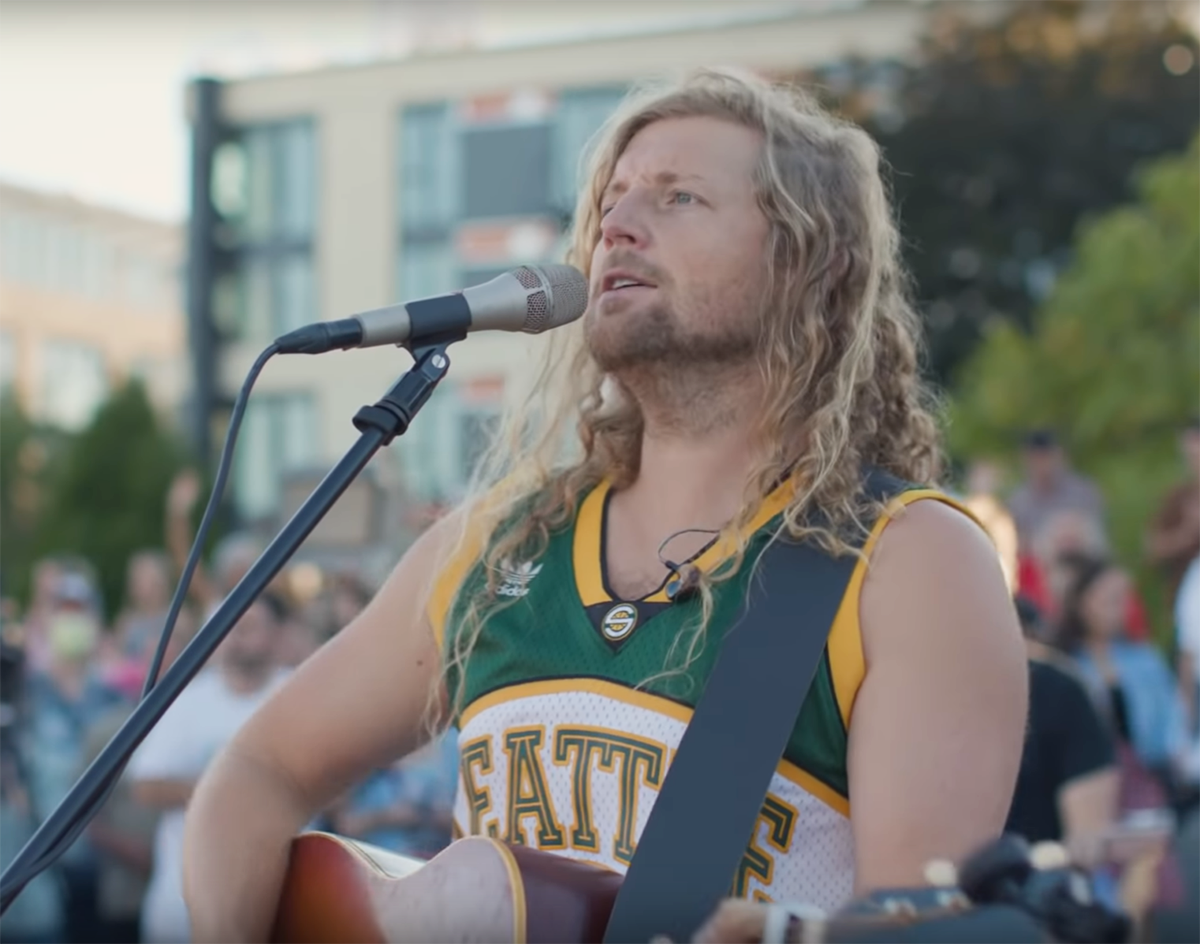 The Traveling Evangelical Pastor Is Coming To North Texas This Weekend To Hold A Couple Of Mask-Less Super-Spreaders In The Name Of Jesus.

Like so many other snake-oil salesmen, pseudo-confidence men, bootlickers and sneaky propagandists, you are thriving right now. So what does someone like you do when your thinly-veiled, right-wing, “Christian” gathering grift — one that panders to the right and to those who believe wearing a mask is an infringement on their freedoms — becomes successful? You make like the second season of Jersey Shore and take that show on the road!

And, lucky us, you’re bringing it our way! At 6 p.m. today, your Mumford & Sons-meets-Gladio PSYOP will stop off in Fort Worth before heading to Dallas’ Trinity Groves for a mask-free worship on Saturday.

We get it: As long as these “protests” of yours against having to wear masks continue attracting thousands of mask-less people during a pandemic, why stop? (We can hear the Facebook commenters now: “Well, what about the Black Lives Matter protests?” Here’s the kicker about the people attending those events: They were widely observed to be wearing fucking masks. Plus, y’know, there’s plenty of information out there about scientists straight up saying that oppression through racial inequality is just as deadly as the pandemic.)

11 cities in 10 days and tonight was the exclamation point at the end of this run! Every night I ask the Lord while testimonies pour in “Can this get any better?” and then it just KEEPS GETTING BETTER! The resistance, sacrifice, weariness are all NOTHING compared when He shows up and saves, heals and lights our hearts on Fire! THIS IS NOT POLITICAL. THIS IS SIMPLY BIBLICAL. He’s worthy of the worship of these cities! It’s what the church has been doing for 2000+ years. We love you King Jesus!! #LetUsWorship

There’s no subtlety to what you’re doing here. We all see that you’re trying to take attention away from people who are, y’know, actually oppressed — like when you showed up to a George Floyd protest in Minneapolis and played your god-awful music as an attempt to steal the spotlight from the real issues.

Do you think we don’t notice that, for someone who claims to be oppressed, you sure do get a lot of airtime as a pro-choice talking head on Fox News and as a failed Republican Congressional candidate?

We see it clear as day. You’re right about the fact that we’d prefer to not pay you any mind, though.

First of all, do you know how exhausting it is to constantly write about clowns who refuse to wear masks or believe in science or necessary social distance during a pandemic? What about people who are delusional enough to believe mask orders are infringing on their religious freedom, and further, who think praying will make it all go away?

Let’s spell this out for you: White, straight, Christian guys like you are not even slightly oppressed. Dressing like an extra in a Casey Neistat video and being the “cool” youth pastor won’t disguise your message, which is laden with antiquated, openly Trump-supporting conservative ideas. In fact, it’s actively turning evangelicals away from you.

You see, grifters like you, Sean, always do the same kind of thing: You lie and deceive to get your permits. Or you just don’t get them at all, and then you call what you do a “protest.” Sometimes you’ll even allegedly scam and underpay your technical staff. Like with many a Shelley Luther before you — and countless others who will, to our dismay, come after you — everyone can see right through these scams that happen because our elected officials are too chicken-shit to take decisive action during the worst fucking pandemic we’ve seen since the Great Flu.

With any luck, maybe Dallas Mayor Eric Johnson will look past the fact that you are actually one of those “outsider troublemakers” he’s called out in the past as the real threats in dividing our city. Maybe, he’ll just offer you some milk after your super-spreader event in town this weekend.

My mom always used to tell me “God is watching,” if I didn’t want to wear khakis to Sunday school — and I always thought it was bullshit. I’m pretty confident God doesn’t care that you’re being forced to wear a mask to prevent the spread of a deadly virus, or if you have to safely pray at home, either.

So, please, don’t come to Dallas.

We’ve got plenty of our own homegrown grifters to deal with as is.