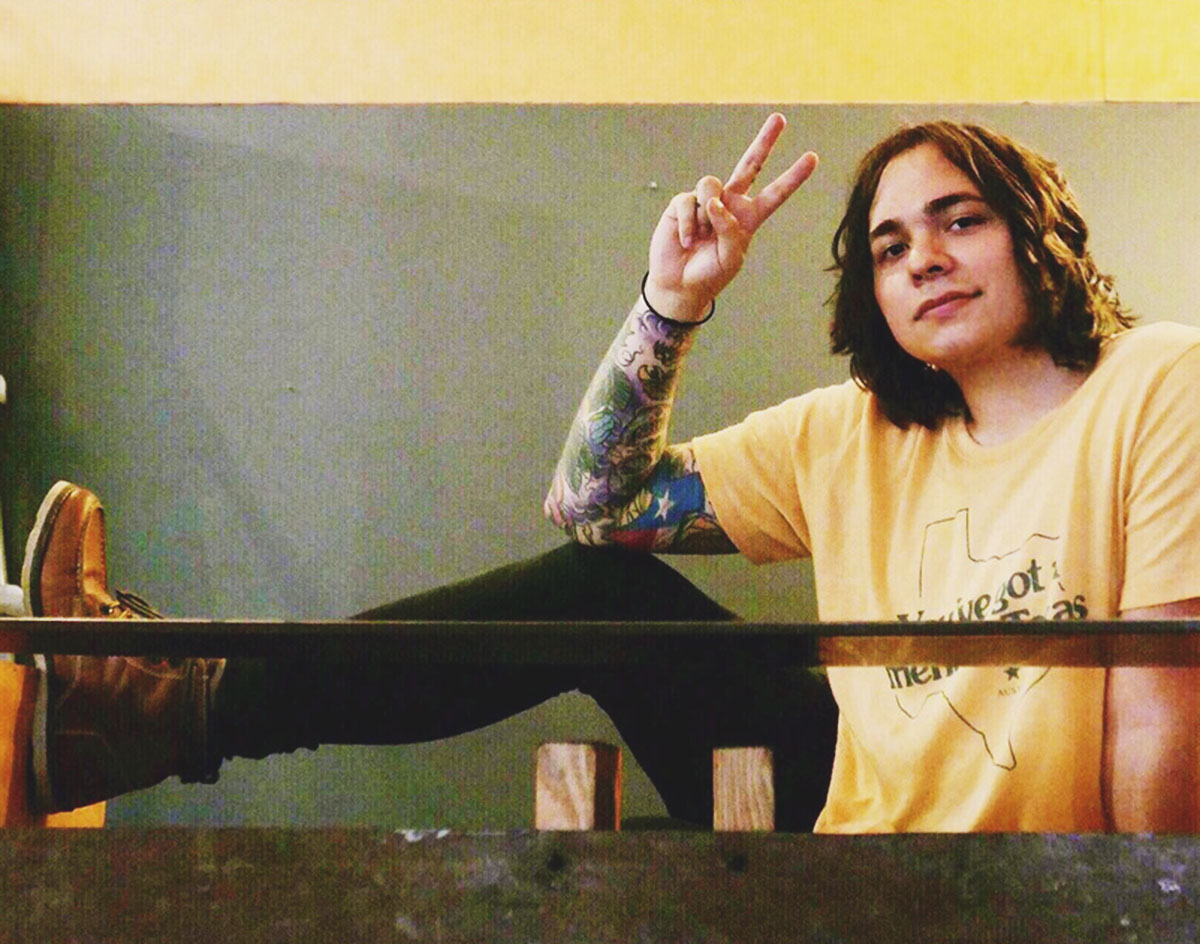 We’ve Got Some New Blood Coming On Board To Handle Our Editorial Operations. Before He Starts Next Week, Meet Our Newest Hire.

About a month back, we quietly announced on social media a pretty major change coming soon to Central Track: I’m going to be stepping aside as the main point person on our editorial operations after having filled that role since before our launch back on February 12, 2012.

To be clear, I’m not really going anywhere — not any time soon, anyway. I’ll still be helping to shape our editorial direction from afar, and I’ll likely keep producing my fair share of content, too. It’s just that, because our greater operations demand it, I need to spend more time working on other aspects of the business to help with our company’s continued growth.

Really, this is something we’ve been building toward for some time. And, make no mistake, it’s good news — the direct result of the success we’ve had these last few years.

So, what’s that mean for the content you’ll be reading on this here site from now on? Well, maybe not too much. One of the things we’re extremely proud about is the identity that this site has developed over the course of its run. We expect the new person in charge of our content to keep up that carefully honed voice and tone, and to expand on it in their own ways.

A few weeks back, we made that hire official: Alec Spicer has been tasked with that responsibility. His first day on the job is this coming Monday, June 3. But, by all means, please feel free to bury him in emails before then by reaching out to alec [at] centraltrack [dot] com.

Hey, might as well get him used to that early on, right?

No need to pepper him with took many personal questions, though. I did my best to take care of that already, demanding that he answer the below 20 questions as a means of introducing himself to our readers.

So, read on to meet the new-new. And, Alec: Welcome to the party, pal.

1. So you’re the new editor of Central Track, huh?
🤠 I am! Is it wrong that I’m expecting an obligatory “What’s your favorite Erykah Badu song?” question in this Q&A? (It’s “Honey.”)

2. Not wrong, but you answering it there means we can sneak in another question now. So, thanks for that! Moving on: Just who the hell do you think you are?
I’m Alec Stuart Spicer. Yes, my initials are ASS. I’m originally from Austin, but I’ve lived all over Texas. I just graduated from the University of North Texas up in Denton with a degree in broadcast journalism.

3. You got any experience at this sort of thing?
I started working for the North Texas Daily a few years ago and sort of climbed the ranks there by trying to do a little bit of everything. I was a staff writer before becoming the social media editor, then the opinion editor and, later, the arts and life editor. Finally, I spent the past year as editor in chief. I’ve also been freelancing some on-and-off for the Dallas Observer since July.

4. What do you even know about Dallas?
Probably more than you think I do!

5. Why are you the right person for this job?
If you buy into the alignment test, I’m chaotic neutral. I don’t think it would be a stretch to say that the same could be said of Central Track. But if we’re going based on that Breakfast Club meme you posted not too long ago, I always thought of myself as Ally Sheedy’s character the most, so I guess I’ve found my home.

7. What Hogwarts house do you think you’d be sorted into?
I actually don’t know much about Harry Potter, but the internet keeps telling me Ravenclaw in every test I’ve taken about it.

8. You seem to tweet a lot. What’s up with that?
I wish I knew the answer to this.

9. What’s up with you using commas instead of periods when you type an ellipsis? Is that just a thing y’all Gen Z types do?
Wait, am I Gen Z? Is there any crossover between that and being a millennial? Anyway, yeah, I picked up the comma habit from twitter. I need to be stopped.

10. I know y’all ran a lot of quizzes up at the NT Daily toward the end of your reign up there. Does that mean we’re going to be seeing a lot more quizzes on Central Track?
Definitely! I only got to scratch the surface with quizzes at the Daily, and didn’t have the chance to really get weird with them. I actually wish I would have introduced the Daily to quizzes a lot sooner. Our audience had more fun with them than I expected and, in turn, it created more opportunities for us to have fun getting to know our readers.

11. What about lists? People like lists…
Lists are fun! Expect lists! Maybe I’ll start by ranking all 800 of the apartments I’ve looked at so far in my search for a place to live in Dallas.

12. Are there any specific things you plan to make sure Central Track covers?
I think just immediately speaking, I’d like for us to continue to dive more into various subcommunities in Dallas. I think a clear example of this right now is the transgender community. The fact that Dallas resident Muhlaysia Booker was killed just a month after being attacked for being trans should raise a lot of questions and concerns for the safety of trans women in Dallas. Putting the conversation on ice until someone else becomes a victim obviously isn’t an effective way of rectifying these safety issues — especially when we know that trans women, and trans women of color specifically, face higher risks of violence on the basis of who they are.

13. What do you think about all those dumb memes I’ve been sharing on social media lately? Be honest.
I thought the Breakfast Club one about Dallas media was great, and also completely accurate. I did think your distracted boyfriend meme about CT and the Dallas Observer was kind of late — until I saw the New York Times ran the same meme in print just this week.

14. Speaking of honesty: What do you have against Halsey?
Did you ever see that “welcuhh to maii keet-shen, we have buh-nayn-ees and avar-cod-ehhs” vine that floats around Twitter sometimes? I just can’t escape that when I hear her music.

15. So, I’ve been creeping on your social media profiles, obviously. Sell me on face masks and upping my skincare game.
Doesn’t everyone want healthy skin? You should take care of the largest organ on your body!

16. You’re young. Can you do The Woah? (I can do it really well, just sayin’.)
I’ve never tried, actually! But my 50-something-year-old dad can do it pretty well, I’ve come to find out.

17. Well, I feel attacked. Speaking of attacks, how do you feel about the State Fair of Texas?
It’s a no from me.

18. What was the last concert you saw in Dallas?
OK, full disclosure, and I promise this isn’t a plug, but the last show I saw in Dallas was when my cousin Emily King played the Kessler Theater back in April. She put on a really great show — and, honestly, she just gets better every time I see her. Look her up, and see for yourself how amazing she is. I promise I’m not just being nepotistic. Before that, I think it was seeing Courtney Barnett at The Bomb Factory back in February. Also a great show.

19. What are your thoughts on Instagram trap museums?
I’ve never been to one! I suppose I’ll reserve judgment until a friend convinces me go.


20. Any last words for your haters?
Stop trying to fight or shade me on Twitter! Read a book! Stream Golden Hour by Texas powerhouse Kacey Musgraves! Waste your energy elsewhere.