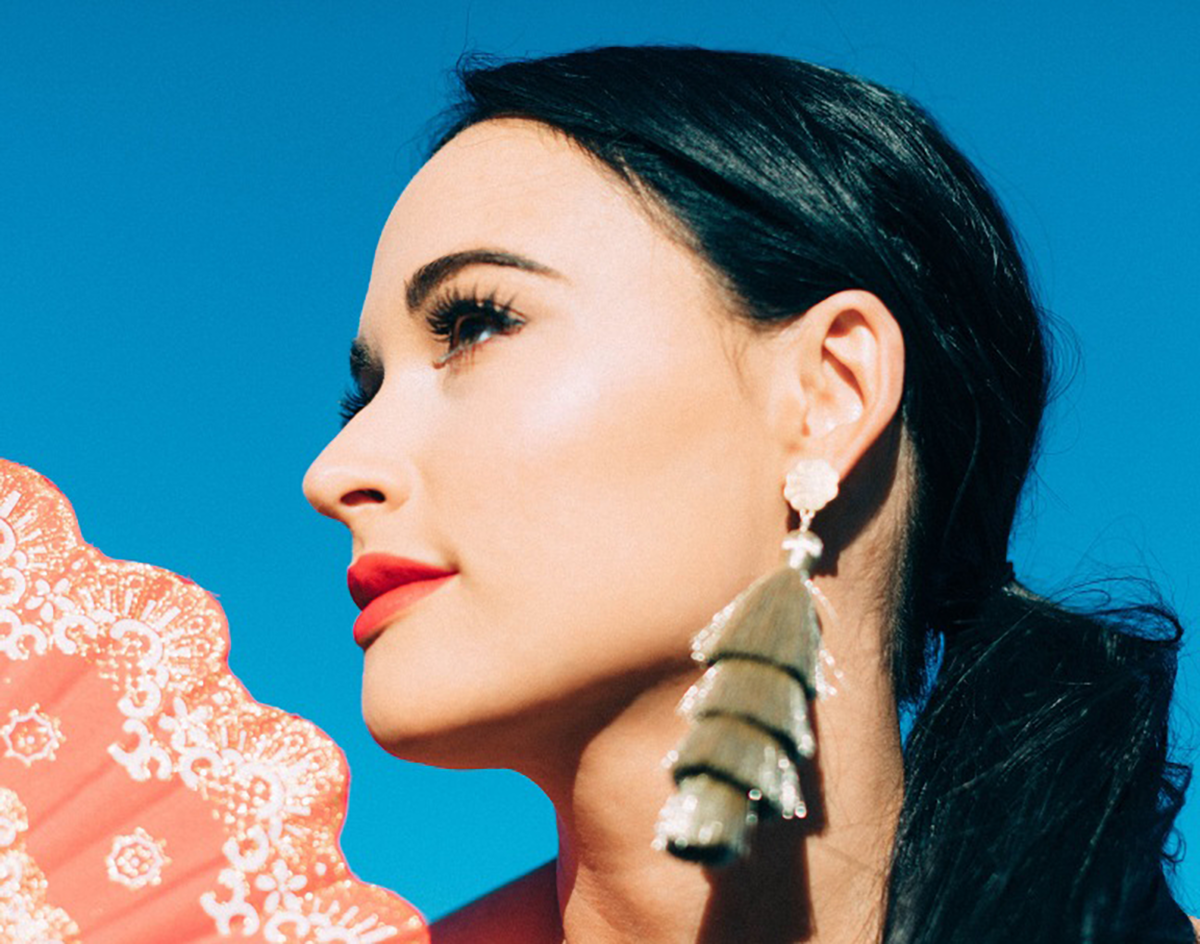 Take A Ride On Your High Horse To Kacey Musgraves, Visit Possum Kingdom With Toadies And Drop By The Spinster Records Grand Opening. Plus More!

For some reason, a lot of people were surprised she caught a lot of warranted heat for this on social media, with columnists mentioning the cognitive dissonance between championing LGBT rights and acting buddy-buddy with a president whose administration continually made efforts to regress queer rights in this country.

Bush’s legacy is especially reverberating during a time when the Supreme Court is hearing cases regarding vital workplace protections for LGBTQ people. But hey, Ellen Degeneres just wants everyone to look past these things and just get along. Maybe all the plaintiffs have to do is be kind to the Supreme Court Justices and their humanity will be validated!

Never mind Bush’s infamous reputation as a war criminal. Do we even have time to dive into that?

What we do have time for, is this list of cool things going on around DFW this weekend, and good news: you probably won’t end up seated next to George W. Bush at any of them. — Daniel Valdez

Jason Aldean at Globe Life Park
Country stars Jason Aldean, Kane Brown, Carly Pearce and Dee Jay Silver will be playing what Globe Life Park is advertising as its last country show ever, as if this ballpark were some sort of go-to country venue throughout the years. — Garret Gravley

B-Boys at The Foundry
It seems like a period of dormancy has existed of late for the Free at the Foundry series — at least as far as announcements are concerned, anyway. Thankfully, the series is continuing with the announcement of Brooklyn-based Captured Tracks sweethearts B Boys. — GG

Iya Terra at House of Blues
Fortunately, this Reggae band out of L.A. takes more after roots icons Steel Pulse than it does the frat boy California stylings of Sublime. — DV

Toadies at South Side Ballroom
Dallas’ main contribution to the ’90s grunge scene is playing a hometown gig in honor of the 25th anniversary of its debut LP “Rubberneck.” And yes, “Possum Kingdom” still rips, in case you were wondering. — DV

CAAMP at Granada Theater
The members of this heartfelt folk band met as kids at a summer camp, hence the name CAAMP. Still not sure where the extra “A” came from though. — DV

Nervo at Lizard Lounge
Nervo is a pair of Aussie twins who are also super popular EDM DJs. This is the parent trap sequel we deserve. — DV

Masterchef Juniors Live at The Theatre at Grand Prairie
For those who enjoy watching precocious kid cooks have mental breakdowns on TV, but would really prefer to see them break down in person, here’s your chance. — DV

Spinster Records Grand Opening Party
First Good Records moved out of Greenville, now Spinster’s got a new location too. Their shop in the heart of Bishop Arts opens with bands and beer, naturally. — DV

The Delta Bombers at Trees
Grab your most tastefully-aged leather jacket and slick back your hair for this Vegas rockabilly group. It’s free, too. — DV

Eptic at Stereo Live
This Belgian bass DJ has a shirt in his web-store called “Edge Lord Supreme,” which is either very self-aware or just a self-own. You be the judge. — DV

Museum Murder Mystery at Dallas Museum of Art
Figure out whodunit with your buds at the DMA. Our guess is Professor Plum in the lobby with the avant-garde sculpture. — DV

Magnum Club Opening at Magnum
Whoops, I dropped my monster blurb that I wrote for the Magnum gay club opening on Mockingbird. If you know, you know. — DV

Namaste Nites Yoga at Gas Monkey Live!
Throw all questions of yoga “authenticity” out the window and exercise to the thumping beats of DJ Yungwave. — DV

Herb Alpert and Lani Hall at Majestic Theatre
The jazz trumpeter behind the wonderful 1965 album Whipped Cream & Other Delights is 83-years-old, which means an opportunity to go to this show should not be taken lightly. Joining him is his wife and famed vocalist, Lani Hall. — GG

Yung Bae at Trees
Vaporwave has sprouted many sub-genres, if you can believe it. One of those is futurefunk, and this dude is one of the torchbearers of that movement. — GG

Jai Wolf at House of Blues
Not to be confused with the reclusive English electronic and R&B artist Jai Paul, New York-via-Bangladesh artist Jai Wolf has been has been making waves in the electronic scene of late thanks, in part, to the backing of acts such as Odesza and Skrillex. — GG

Big & Rich at State Fair
Save a horse, and go ahead and save these dusty old cowboys while you’re at it. – DV

Keith Sweat at The Prairie at Grand Prairie
If you were born between 1987 and 1997, there’s a 50 percent chance you were conceived to Keith Sweat’s grown & sexy new jack swing. Sorry about the mental image, by the way. — DV

Billy Joel at Globe Life Park
See the Piano Man himself before the Rangers get movin’ out to Globe Life Field next year. — DV

Spanish Fall Festival at Cafe Madrid
October 12 is Spain’s national holiday in honor of Christopher Columbus’ arrival in (and subsequent plundering of) the Americas. This event isn’t focused on him though, thankfully, instead it’ll feature flamenco dancers, live tunes and tapas. — DV

Texas Pumpkin Festival at Dallas Farmers Market
The farmer’s market promises 25+ varieties of pumpkins and squash that are “gourd-geous.” Hey, shitty puns are our job! On top of corny turns-of-phrase, the fest will also feature tastings and cooking demos. — DV

Marco Antonio Solis at American Airlines Center
A constant presence on the Latinx pop airwaves over the past two decades. He also voiced the main villain in the Mexican dub of Coco. — DV

Swervedriver at Club Dada
Pretty much every important shoegaze band has reunited this decade, from My Bloody Valentine to Slowdive. Now Swervedriver is cashing in too. More power to ’em! — DV

Billy Ray Cyrus at State Fair of Texas
The state couldn’t get Lil Nas X, but it did get the white guy on “Old Town Road.” — DV

Rosemary’s Baby at Texas Theatre
The only thing scarier than this all-time horror great is its director, Roman Polanski. — DV

Acid Carousel at Rubber Gloves
We’re half a century past ’60s psychedelic rock, but its legacy still looms large. Denton’s Acid Carousel sounds like every Woodstock band in a blender. — DV

Bury Your Dead at Three Links
How “nu” can a nu-metal band be if they dropped their first album in 2003? Nu-ish metal, at best. — DV

The Band Camino at House of Blues
This Tennessee band just signed to Elektra Records, so you might say it’s on the up-and-up. — AS

Dallas Psychedelic Town Hall at Unity for Dallas
In June, we published a column calling on the City of Dallas to consider decriminalizing mushrooms. If that sort of chatter is your jam, this meeting with local activists who are trying to make this future possible is for you. — Pete Freedman