28 Things To Do In Dallas This Thanksgiving Week. 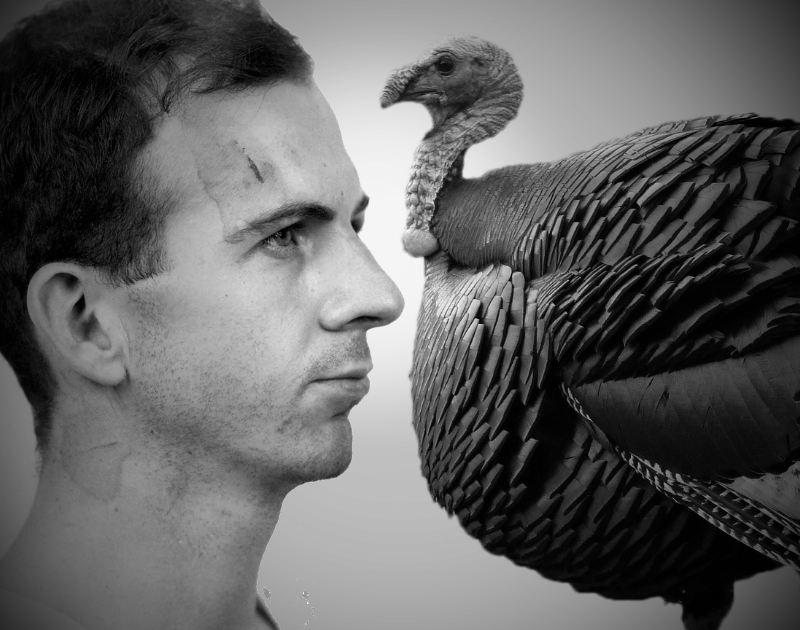 Shed a Drop on the Lee Harvey Oswald Trail of Tears, Pour One Out for Stan Lee, Trot With the Turkeys, Hoedown With Vandoliers and More.

It’s a big week here in Dallas. Not only does Thanksgiving fall this Thursday, that same day marks the 55th anniversary of JFK’s assassination in downtown.

We’ve got some ideas how to commemorate that occasion below, along with loads of other holiday and non-holiday-related goings on. Yup, things never slow down around here, even on holiday weeks.

Before we get to that, we thought we’d remind you of this old story we did once upon a time pointing out 11 ways that actor Woody Harrelson’s life has just been one long JFK conspiracy story.

Lest we forget! — Cory Graves

Stan Lee Superhero Vigil + Memorial Screening at Alamo Drafthouse (Lake Highlands)
They’re paying respects to Stan the Man at a free-to-attend candlelight vigil. It’ll be followed up by a charity screening of a secret Marvel movie, with proceeds going to the nonprofit The Hero Initiative. Cosplay encouraged. Excelsior! — CG

The Internet at House of Blues
We know it’s hard to keep all the Odd Future side projects straight, so we’ll help you out here: This is the one that involves Syd Tha Kyd and Matt Martians. Now you know. — CG

The Wind + The Wave at Sundown
The Austin duo’s latest record, October’s Human Beings Will Let You Down, is the first to feature their live backing band. — CG

Daley at Deep Ellum Art Co.
The Manchester singer crosses over from the UK and to bring his alternative R&B sound to town. It’s Daley’s second swing through Dallas in support of his sophomore album, last year’s The Spectrum, a project that has a fresh sound that hints of soul, electronica and pop. — Juan Betancourt

Chocolate, Cheese and Bubbles at Scardello
Like Ween have been telling us all along, chocolate and cheese is an awesome pairing. Learn how to add the right champagnes into the mix, too, at this limited-seating class. — CG

Seaway at RBC
Recently in town playing support to Sum 41, the Canadian pop-punks are back through with a headlining tour of their own. Can’t Swim, Microwave, Trophy Eyes and Hot Mulligan open. — CG

Farm to Fork Celebration at The Ranch at Las Colinas
The “farm” component of “farm to table” gets highlighted here, as local ranchers, growers and harvesters are celebrated here. A petting zoo and farmers market are involved. — CG

East of Eden at The Magnolia
Directed by Elia Kazan (On the Waterfront, A Streetcar Named Desire), this 1955 adaptation of John Steinbeck’s novel earned four Academy Award nominations — including the first for James Dean. — CG

WHY? Plays Alopecia at Deep Ellum Art Co.
In honor of its tenth anniversary, the experimental rappers are playing their sophomore album in full. It was one of the best records of 2008, and it totally holds up. — CG

Circa Survive at Gas Monkey Live
Circa for short, is a love potion with equal parts of Anthony Green’s angelic voice and its complex lyricism, if you didn’t already know. But if you are familiar with this Philly band then you know why its fans are the die-hard kind. Many fans seal the love for this band by getting safe camp tattoos. The band promotes its music as a safe space in which the fans can be themselves and feel good. — Marlene Núñez

Transgender Day of Remembrance at J. Erik Jonsson Central Library
Even one act of violence against a transgendered person is too many. Until the day we all just see each other as fellow human beings, events like this one mourning trans lives lost to acts of hatred will remain necessary. — CG

So You Think You Can Dance Live at The Theatre at Grand Prairie
The Season 15 winner and Top 10 finalists will be doing dance routines. Just like on the TV show, except for live in person. — CG

Vandoliers’ Holiday Hoedown at Three Links
Vandoliers are throwing the first of what’ll be an annual holiday-themed event, much in the vein of the Old 97’s annual Christmastime bashes—just a few short months ahead of releasing its first album with Bloodshot in early 2019. Likeminded close collaborators Pedigo’s Magic Pilsner, The 40 Acre Mule and Joshua Ray Walker are also on the bill. — Pete Freedman

Bone Thugs-N-Harmony at The Bomb Factory
You don’t have to miss having Thanksgiving with your Uncle Charles. That’s tomorrow. This is the day before. Juicy J, Z-Ro, Lil’ Troy, Boome & The Skywalkers also perform. — CG

Benny Benassi at Stereo Live
What has power tool enthusiast Benny Benassi done since crafting the club anthem of 2003? The answer — aside from producing a couple of hits for Chris Brown — is not a whole lot. Still, “Satisfaction,” was pretty cool. — CG

Dreamy Life Grand Opening at Main At South Side
As we previously reported, Fort Worth record store Dreamy Life Records and Music moved on down the road, relocating from its old home in the Fairmount Community Library to a new shared spot inside musician-owned bar/music venue Main At South Side. Now that they’re all settled in, celebrate the grand opening, where War Party, Trauma Ray and Joe Gorgeous will perform. — CG

Cupcakes and Beer Pairing w/ Kitty Bunny Bakery at Ten Bells Tavern
Hit the link above for the full pairing menu. No tickets required. The event runs from 7 p.m. until it sells out. — CG

A Christmas Carol at Wyly Theatre
The Dickens classic hits the stage tonight for a month-long run. Catch it before it becomes a ghost of Christmas past after the December 30 staging. — CG

Throwback Thanksgiving Eve ’90s Bash at 2513 Deep Ellum
The national touring dance party returns to the grounds from whence it sprang to play all the old school hits on the night before Thanksgiving. — CG

Thanksgiving Run at Panther Island Pavilion
Just like the above, but 40 miles to the west. — CG

Lee Harvey Oswald’s Trail of Tears
As one tour bus so bluntly reminded us once upon a time, Big Things Happen Here — like the JFK assassination. That was 55 years ago today. An interesting thing to do to mark the occasion is to retrace alleged assassin Lee Harvey Oswald’s path through Dallas that day. You can either do it in chronological order, or in the order of how interesting each stop is. — CG

War is Hell/Cry of Battle/JFK at Texas Theatre
Like they have in years past, the historic Texas Theatre — where Lee Harvey Oswald was apprehended following the assassination of JFK on this day 55 years ago — will mark the anniversary of the occasion with a screening of the same Cry of Battle/War is Hell double-feature that Oswald sneaked into on that fateful day, followed later on by a director cut of 1991’s JFK for good measure. Oh, and here’s a note for you conspiracy buffs: War is Hell actor Baynes Barron, who reportedly was on screen at the exact moment of Oswald’s arrest, was born the same day as JFK. So there’s that. — CG

F.O.E. Thanksgiving Feast at Fraternal Order of Eagles
The meat is provided, but they ask that you bring a side dish to this family and friends potluck event. — CG

Dallas Cowboys Watch Party at Texas Live
The biggest screens outside of the one hanging above Jerryworld are probably the 100-foot one just down the street at the Rangers’ new multi-use hang zone. The perfect place to watch the game if you didn’t get tickets. — CG