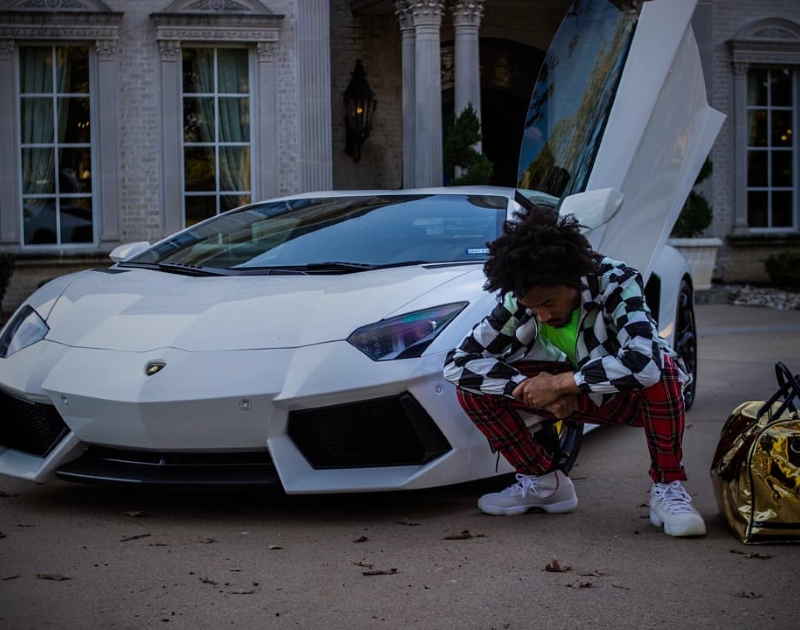 Check Out The Legend Bobby Sessions, Who Spends Eight Grand to Teach Us a Lesson About Not Keeping Up With the Joneses.

Bobby Sessions – “Material Lies.”
RIYL: When freedom is free.
What else you should know: What a career year Bobby Sessions is having. After signing with Def Jam to kick off 2018, he released his debut project for the label a couple months back, the powerfully moving first chapter of his RVLTN series, and easily a frontrunner for local album of the year.

He followed those moves up by recording the title track from Def Jam’s The Hate U Give soundtrack and, just days ago, releasing his second Def Jam EP.

While the entirety of RVLTN – Chapter 2: The Art of Resistance EP is available to stream, we’re going to focus on single “Material Lies,” for the purposes of this post, and its video, which Complex premiered.

Whereas Chapter 1 deals almost exclusively with race relations in this country – upon its release we said that Bobby used it to “[take]on racism, police brutality and a number of other issues affecting the black community with unapologetic candor — Chapter 2 broadens this scope somewhat. While still using his platform as a bully pulpit to show us better ways to go about living, he broadens the scope a bit this time around.

To wit, the “Material Lies” video is all about rocking designer brands and living the type of baller life you’re supposed to after signing major label record deals. But really, it’s all a façade. As revealed at the end of the clip when Bobby concedes the mansion and luxury cars in the video were just rentals, his stunting has been done ironically to prove a point.

He speaks to that with Complex.

“Watching everyone’s highlight reel on social media can make you depressed,” he told the site. “It can even drive someone to fabricate their own life to keep up with the next person… even though people only show what they want you to see…. There’s nothing wrong with having nice things. However, a lot of us are spending money we don’t have on things we don’t need.”

Bobby doesn’t need to pretend he’s flying around on his private jet. He keeps it real, riding Uber home from his video shoots. Likewise, he continues representing the Triple D, exclusively using Dallas-based directors – here, German Torres gets the call – though he can likely use that Def Jam budget to land anyone in the world.

He’s a man of the people, a total legend.