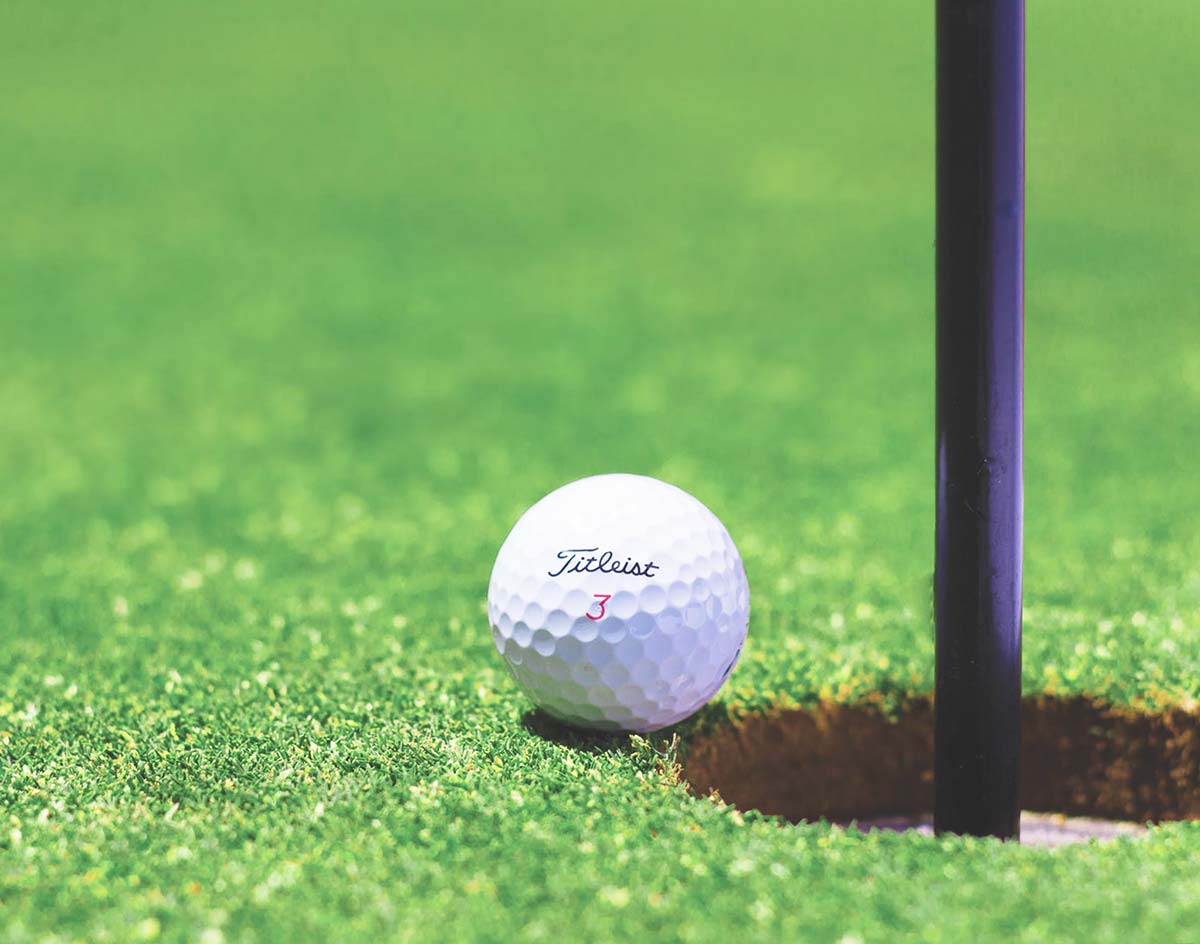 Take A Couple Mulligans At The Byron Nelson, Figure Out What The Hell KAABOO Is Supposed To Be, Go To The Bar With Deer Tick And So Much More!

There’s real danger to be found in comparing your own accomplishments with those of the people around you. Things can get even dicier when you try to compare yourself to your heroes.

But one person you almost certainly should not, under any circumstances, try to compare yourself with is one Leonardo da Vinci. And yet, here CNN is, providing people with the opportunity to enter their name into an entry field only to have it spit back out in response what da Vinci was doing when he was your age.

Sure, the feature is a nice piece of UX design and all that, but it’s also kind of a huge bummer!

Alas, there is a silver lining: Since da Vinci died 500 years ago, he’s never done any of the below list of cool things that you, someone who happens to be in the Dallas area and very much alive this weekend, will be able to do if you so choose over these next few days.

Jim James at Granada (SOLD OUT)
“Jim James has the most angelic voice. He makes Enya sound like a Russian couple arguing at the bowling alley.” — Stan Smith, American Dad!

The Cactus Blossoms at Club Dada
The twangy brother band Cactus Blossoms and their tight Everly Bros-like harmonies are good enough to tour with the likes of Kacey Musgraves and Nick Lowe, so you should definitely care about them. — GG

Pile at Three Links
Rick Maguire has made a strong name for himself in the Boston music scene and, since 2007, has focused most of his creative energy into his band Pile. The outfit has released six albums, four of which were put out by Exploding in Sound (whose alumni includes Porches and Speedy Ortiz). After playing Denton last fall, the band returns to Three Links along with Chicago punks C.H.E.W. — GG

SoMo at Canton Hall
Remember the good ol’ days when North Texas’ own SoMo played a mixtape release party at Fry Street Tavern in Denton? That was right after his cover songs and mashups went viral on YouTube. Now, the Texoma-born R&B singer is making a triumphant return to Dallas in support of his third studio album, A Beautiful November. — GG

Cody Canada & The Departed at Billy Bob’s
Them boys from Oklahoma used to roll their joints all wrong. Soon, they won’t have to roll them at all; they’ll just go and pick up some pre-rolls with their medical cards. New insult time, Mr. Canada. — CG

The Strumbellas at Canton Hall
After a quick Wikipedia search, I learned that people have actually used the phrase “farm emo” in a sentence, and I’m glad this band is the reason behind that. — GG

This Skin at Andy’s Bar
The delightfully tacky Denton noise trio is promoting this gig as its last-ever performance. — PF

Broadway Our Way at Moody Performance Hall
Friday through Sunday (check the above link for show times), Dallas’ many talented stage performers will offer up their own takes on some of the biggest songs from Broadway’s biggest hits. — PF

Whitechapel, Dying Fetus, Revocation, Fallujah, Spite, Uncured, Buried Above Ground at Gas Monkey Live
The 2019 Chaos & Carnage tour features a bunch of acts who sound like they belong on such a package. — PF

AT&T Byron Nelson at Trinity Forest Golf Club
Will Dallas’ own Jordan Spieth make a run for the top of the leaderboard? — PF

Missio at Granada
This Austin-based electronic duo released its debut LP, Loner, on RCA Records in 2017, then followed that up with last month’s The Darker the Weather // The Better the Man. Middle fingers in the air, everyone! — GG

Shy Girls at Three Links
Despite the stage name’s plurality, Shy Girls is actually the solo project of R&B singer-songwriter Dan Vidmar. His CV as an artist is actually quite impressive, as he boasts collaborations with the likes of Odesza and Junglepussy, as well as touring history as an opener for Little Dragon and Haim. — GG

Deer Tick at Kessler Theater
Deer Tick is going on tour with Courtney Marie Andrews, and they have named the run “The Mayonnaise Concerts.” That name is either a reference to their upcoming compilation album Mayonnaise, an act of self-deprecation that implies their music is for white people. Or both! Whichever it is, mayonnaise is a good condiment, and this is a good tour package. — GG

Kali Uchis, Jorja Smith at The Pavilion at Toyota Music Factory
Best friends? More like sisters from different misters. These two gorgeous young women are both all about self-love, being true to their identities, music, life and egos. Now they are co-headlining their first tour together. If that doesn’t excite anyone who’s been keeping tabs on the two, then it’s time to wake up. Uchis and Smith do not look to be slowing down any time soon. — MS

Kate Simon: Chaos and Cosmos at Fort Works Art
Acclaimed portrait photographer Kate Simon is having a large-scale solo exhibition, showcasing work from her more than 30-year career as a photographer. Her art aims to “offer us her own personal reflection of these times of past and cultural life-events that have helped to shape our view of many aspects of the world.” — MS

Still Electric at Tutta’s Pizza
Remember that Dallas indie pop duo responsible for the recent music video that was super heavy on references to The Office? They’re celebrating the release of their debut album, called Friend, in the West End at this event. — PF

Bathhøuse, Vectorvision, Missions and LLORA at Double Wide
This synth-heavy night at the D-Wide features the North Texas-sprung, Austin-based Josh Mills performing under his new Missions moniker, whose new material for Holodeck Records just premiered on Friday at Brooklyn Vegan. Earlier this week, Mills performed as part of Lou Rebecca’s offering at GvB VII at the Granada, so it’s been a budy couple of days here in Dallas for the dude. — PF

Dallas Margarita Festival at Ferris Wheeler’s Backyard & BBQ
We’re pretty sure we already know the best margaritas in Dallas, but if you want to do a little exploring on your own, this event aims to help. — PF

KAABOO at AT&T Stadium (Day Three)
Closing Day at this three-day extravaganza in Arlington features the music of Sting, The Avett Brothers, Little Big Town, Pitbul, Counting Crows, B-52s, Trombone Shorty and more, plus comedy from Demetri Martin, Whitney Cummings, Fortune Feimster and more. Also, the Beastie Boys’ Mixmaster Mike will be rocking the ones and twos in the DJ area. — PF