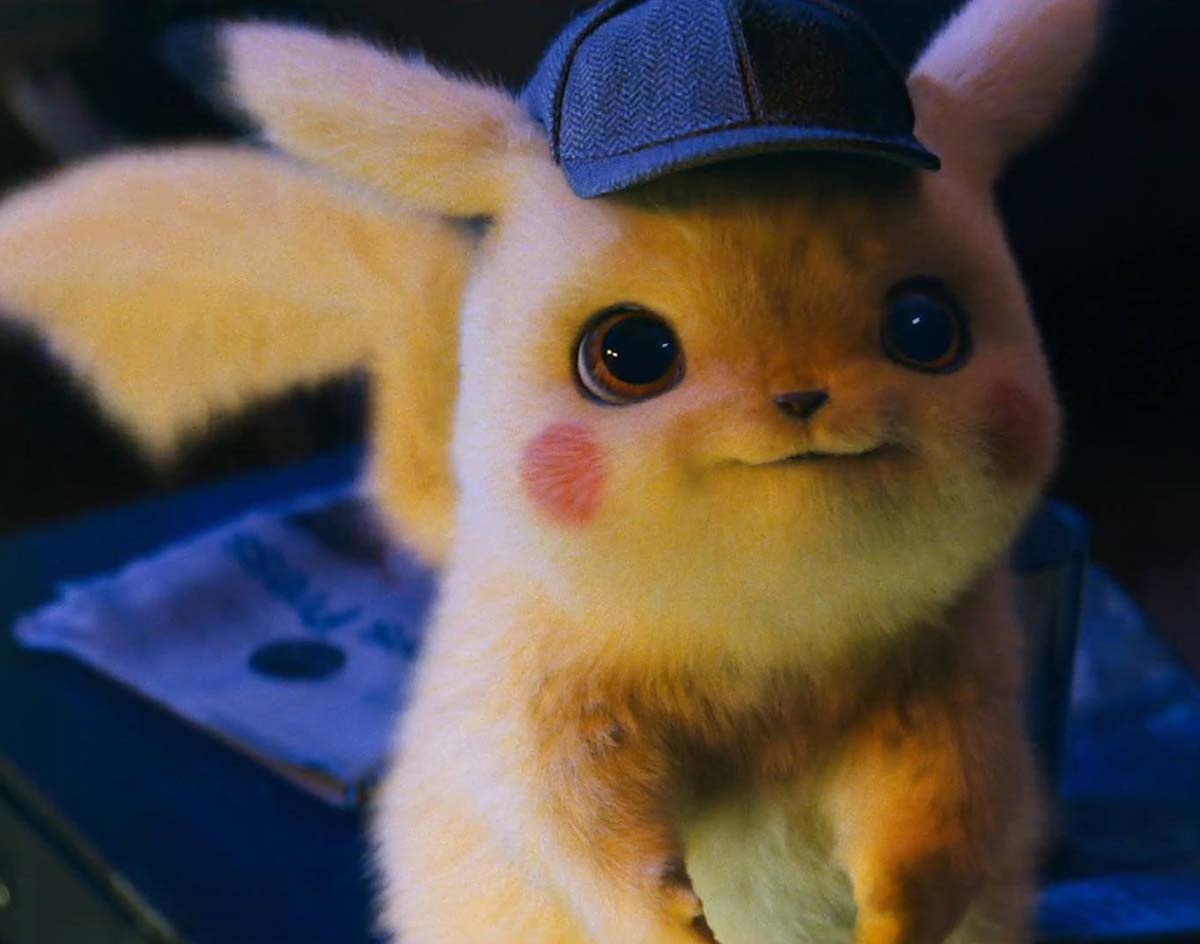 By Combining Elements Of Who Framed Roger Rabbit? And Deadpool, Detective Pikachu Builds A Compelling World And A Winning Case.

Sometimes, a movie’s appeal is in its storytelling or its characters. But every once in a while we get a movie whose world is so unique, viewers want to live in it.

The world of Detective Pikachu, based on the best-selling Game Boy game of the same name, is one such example. To many long time fans, its release along is a big deal. Throughout its 20-plus-year history, the Pokémon franchise has been adapted into cartoon and full length feature — but Detective Pikachu is the first time the brand’s magical monsters have been placed inside a live-action world.

But Detective Pikachu further flips the script, too. Most Pokémon stories center around a young boy or girl, armed with a Pokémon companion, working toward capturing other monsters and, hopefully, becoming a Pokémon Master Trainer. Thankfully, Detective Pikachu skewers this well-worn story by instead focusing on a large conspiracy threatening our two protagonists, Tim (Justice Smith) and Pikachu (voiced by Ryan Reynolds).

In a society where everyone has their own partner Pokémon, Tim is an outlier who wants nothing to do with the creatures. But when his father is killed in a suspicious accident, Tim gets wrapped up in a mystery involving the aforementioned Pikachu, who happens to be a detective, although Tim is the only human who can understand him.

What follows is a very twisty mystery that would please Raymond Chandler and the closest thing Hollywood has produced to Who Framed Roger Rabbit? sequel in terms of both tone and spirit.

Much like Roger Rabbit, the constant Odd Couple-esque back-and-forth between Tim and Pikachu gives the movie a light tone that hides some of its story’s darker aspects.

Indeed, there’s plenty beneath the surface here, even just in regards to experiencing what a world filled with Pokémon would be like. Fans of the franchise will clamor for re-watches just to watch all of the Pokemon in the backgrounds and see how they’re incorporated in this society.

As far as the cast, Justice Smith’s comes off as a young actor comfortable in the range between the dramatic and the comedic. Ryan Reynolds, meanwhile, appears to be channeling PG-rated version of his quippy and sarcastic Deadpool character with his Pikachu portrayal, although it’s tough to say how effective his work would be if his character weren’t just so freaking adorable.

Really, all of the Pokémon look awesome, and they’re well-incorporated into this film’s world, as if real beings. While there is a crazy amount of CGI work at play here, only a few scenes feel like they’re cut-scenes from video games; most of the film is delightful with its eye candy.

The script and editing, on the other hand, are inconsistent. And while the increasingly fast pace of the story (and its many, many reveals) helps cover those errors fairly well, it also robs the ending of its emotional payoff.

Still, the good outweighs the bad, and while it doesn’t appear as if this film is trying to set up another cinematic universe, the world of Detective Pikachu feels like it actually does merit more explanation. Anyone who sees this film is going to want to see its little critters on the big screen again.