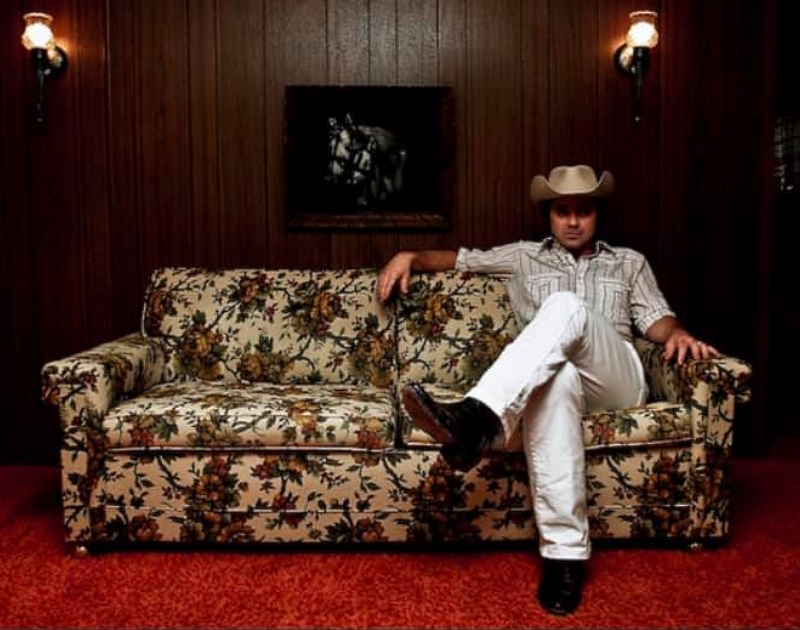 Deaths come in threes, typically goes the long-held, popular superstition, but for the DFW music scene this week it was even rougher than that, with four notable passings.

We’ll begin breaking the news with longtime Kessler Theater employee Graham Brotherton, who passed Saturday after a short battle with an aggressive form of cancer. Aside from being an exceedingly familiar, smiling face at the Oak Cliff venue, he also previously drummed in Mercury Rocket and award-winning Butthole Surfers tribute Sweatloaf. A public memorial will be held at the Kessler on Sunday, April 14.

One we missed including in last week’s column was Tyler-born guitarist and luthier Greg Enlow, who took his own life on March 21. He’s best known as guitarist of Dallas/Austin trio the Strange Boys, as well as the proprietor of popular Austin music shop Street Legal Guitars. More on his death here. He was 33.

On March 26, metal scene staple Mike Vest checked out at age 41. Aside from his regular attendance at heavy shows, he will be remembered for his tenure as bouncer at Reno’s Chop Shop and member of mosh pit guardian organization the Pit Bulls. Memorial shows will be held in his honor April 13 at Wits End, and April 21 at Reno’s.

Finally, we’re sad to report the death of Jayson Wortham on March 31, just two weeks past his 47th birthday. The former Dove Hunter singer-guitarist had been battling Hodgkin’s Lymphoma, a form of blood cancer. But his biggest contribution to the scene is, perhaps, as the original owner of Rubber Gloves, helping turn the renegade house-venue (of sorts) into the legit, cornerstone of Denton music that closed its doors three years ago. A fitting and touching tribute has been posted on the RGRS Facebook page.

None of them will soon be forgotten, and their memories can surely be suitably honored by attending a live and local music show in the coming days.

You’ll soon be able to do just that at the RGRS club that the aforementioned Wortham helped establish. Ahead of official grand opening events on August 23 and 24, there’ll be a handful of soft openings at which to snag a peek at the newly updated venue. Those include this Friday’s Eggsibition 4 silent charity auction, a pair of free Thin Line Fest shows next Friday, April 12 and Saturday, April 13, a Lucas Abela show, in which he’ll play amplified glass panes on June 12, and an anniversary party for Denton radio station KUZU on July 20.

Speaking of new venues, Don Henley sideman and composer of Motel 6’s legendary “We’ll leave the light on for ya” campaign jingle, Milo Deering has, along with his musical progeny, started up an intimate new spot on Royal Lane called Acoustic Kitchen Recording Studio. More info on that spot here.

And in our last bit of venue notes for the week, Gas Monkey Bar N’ Grill and Gas Monkey Live find themselves in court, facing off against Gas Monkey Garage owner/Fast N’ Loud host Richard Rawlings allegedly using the name illegally. A licensing agreement that’s allowed the venues to use the Gas Monkey branding reportedly expired in 2018 and was never renewed. Lots of name-calling and allegations have followed, much of which you can read about at the link above.

Moving on, we’ve got a handful of new music videos for your viewing pleasure.

The first one comes from teen pop-punk trio Not Ur Girlfrenz, which premiered at Alternative Press earlier today. “We’re really excited for people to see a different side of the band because the video is really different than our earlier releases,” says the band’s 14-year-old drummer Maren Alford of the acoustic-driven track, which you can watch below.

Another one comes from Denton’s Chris Welch & the Cicada Killers, whose “Borrowed Repertoire” is premiered below. It’s a sequel, of sorts, to the band’s “Shoenapper” clip we previously featured. Both come from the album Shook, which is available everywhere now.

Last up, J Smoov continues his two years of recovery from alcohol addiction by releasing music “with a message of motivation and perseverance.” The Arlington rapper’s “I’m Tryin” is a reminder keep your head up during times of struggle.

Finally, we close out another addition of our local music news and notes column with a trio of events announcements to add to your radar.

• The fifth edition of Eric Clapton‘s Crossroads Guitar Festival will bring together an unbelievable roster of the globe’s top blues noodlers to the American Airlines Center on September 20 and 21.

• This summer, Rockstar Energy brings its inaugural Disrupt Festival to 25 cities, including Dallas. That one will bring together a lineup of The Used, Thrice, Circa Survive, The Story So Far, Sleeping With Sirens, Four Year Strong, Memphis May Fire, Trophy Eyes, Juliet Simms and Hyro The Hero on June 21 at Dos Equis Pavilion.

• The minds that throw the annual Lights All Night affairs will bring another round of its smaller Wobbleland fest to The Bomb Factory on September 7.

Jayson Wortham cover photo via Rubber Gloves. Got a tip for White Noise? Email us!