Will KAABOO Succeed In Texas As It Has Elsewhere? 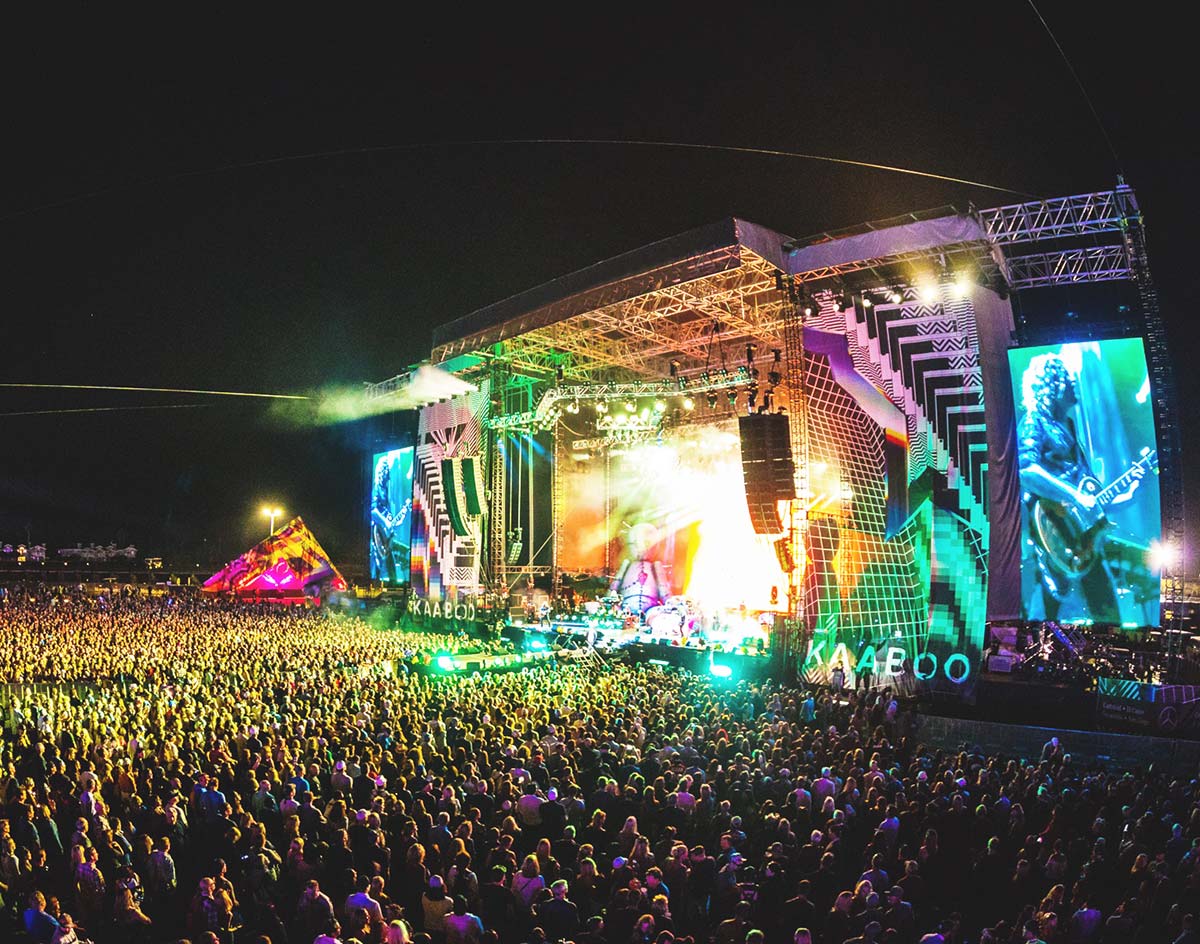 After Successful Runs In San Diego And The Cayman Islands, The KAABOO Music Festival Brand Is Trying To Crack Into The Dallas Market. Does It Stand A Chance?

At this point, it’s pretty much a given that any festival — well, not counting the ones that are crafted to cater to a specific niche — will feature a bit of variety in its booking. At least on paper, it sounds like the right thing to do: Cast a wide net by booking acts that appeal to a wide range of music fans, and you’r likely to catch more ticket-buyers in the process.

Juggernaut festivals like Coachella and Lollapalooza have long followed this model, offering some reds and yellows in their lineups to go with its oranges. But this weekend’s KAABOO Texas event at AT&T Stadium in Arlington seems to be taking this to extremes. The festival’s third offering following successful runs in San Diego and the Cayman Islands, looks like a veritable Roy G. Biv with its bizarre amalgamation of headlining performers, which include such acts as Kid Rock, Ludacris, Violent Femmes, Little Big Town, The Avett Brothers, Flo Rida and others.

While there’s indeed been a bunch of very public head-scratching over the festival’s inaugural North Texas lineup, it’s worth pointing out that KAABOO has some big-time believers behind it that have helped it get to this point. As we’ve already noted over the course of the last few weeks and months, KAABOO’s ownership team has been able to recruit a number of notable area backers for its entry into the market, among them the Dallas Cowboys and millionaire Design District investor Bill Hutchinson.

Why would these investors commit to such a concept? Mostly because KAABOO’s developed a solid track record in other markets over the last few years. Since its inception in 2015, KAABOO’s flagship festival in Southern California has managed to lock in acts such as Aerosmith, Red Hot Chili Peppers, Post Malone, Incubus, N.E.R.D, Jackson Browne, Hall and Oates, Bebe Rexha, No Doubt, Imagine Dragons, The Roots and Bonnie Raitt to its well-attended offering that is currently heading into a fifth year featuring talents like Kings of Leon, Duran Duran and Mumford & Sons as its headliners. Meanwhile, its organizers pulled off what even the famed Fyre Festival could not, throwing a destination island luxury music festival last year in Grand Cayman that not only sold out, but also managed to go off without a hitch or dueling documentaries looking to expose its flaws.

Still, even after a slew of press events hosted by the KAABOO and its Dallas Cowboys hosts over the course of the last few months, there are a lot of questions heading into this weekend about what exactly KAABOO is, and what it’s trying to do in its first-ever Texas event.

To hear Jason Felts, CEO of Virgin’s entertainment arm Virgin Produced and KAABOO’s chief brand and marketing officer, they’re trying to do something different — something more than a regular music festival.

In fact, he argues that KAABOO is a music festival only in name, and that it is more of a lifestyle event — one in which music is simply an amenity. That’s easy enough to see: In addition to the millions dropped on music headliners, KAABOO has also made a special point throughout its marketing to highlight the comedy, culinary arts and more traditional mediums of art among its vast smorgasbord of features — something Felts seems to take immense pride in, too.

Says Felts on the comedy offerings, specifically: “We’re the only music festival that has a purpose-built comedy club. It’s air-conditioned, tented, thousands [in capacity], comedy club with tables, bottle service and stand-up comedians.”

In regards to the culinary arts on showcase at the fest, he offers the following: “We have culinary demonstration stages, where chefs get up and they perform their Top Chef-like preparation of food in front of big audiences.”

On the visual art front, he notes his event’s past achievements: “We are the largest contemporary art fair in Southern California, and we’ll have a huge art exhibition in Texas.”

But things to not just stop there.

Per Felts, “[KAABOO is also] the only music festival that has a Vegas-style day club and nightclub, with cabanas, bottle service, on-site massages and hot shaves for men.”

OK, so KAABOO basically wants to establish itself as the Fyre Fest that can — although, granted, one that appeals to a slightly older demographic than the influencer-obsessed set Billy McFarland and his crew drew to (and disappointed in) the Bahamas. In a 2017 interview with Pollstar, Felts stated that KAABOO founder Bryan Gordon, “wanted to take the experience of other festivals that historically consumers, as they got older, got disgruntled with. There’s no dust, no dirt, no port-a-potties, no fried cheese sticks. We’re definitely reshaping how festivals are done.”

Sure, that much is easy to surmise from the festival’s bookings. But will anyone care? Chad Estis, executive vice president of business operations for the Cowboys, thinks lots of people will, which is why he says the organization decided to get involved in KAABOO’s expansion into Texas.

“We have evaluated [a number of] festival opportunities ever since AT&T Stadium was built,” Estis says “We’ve probably had, over the years, six or seven different discussions with groups that have expressed interest in a festival — and never felt [they were] the right fit, and never pulled the trigger.”

So what did the Cowboys see in KAABOO that it didn’t see with other potential partners?

“KAABOO is a festival that is very focused on the experiential element of the festival – certainly more than just music,” Estis says. “We just thought, when we were hearing their vision, that it was a really good fit for the business that we’re already in, and it wasn’t a big stretch for us.”

Whether it will be a good fit in reality will be determined over the course of the next few days. The Cowboys’ commitment to the event certainly feels like a good sign that the festival will succeed. But there’s plenty of reason to worry that it might not, too. Just ask yourself the following question: How many people do you know who are headed to KAABOO this weekend?

We’ll find out shortly, we guess.