White Noise: The Toyota Music Factory’s Off To Court! 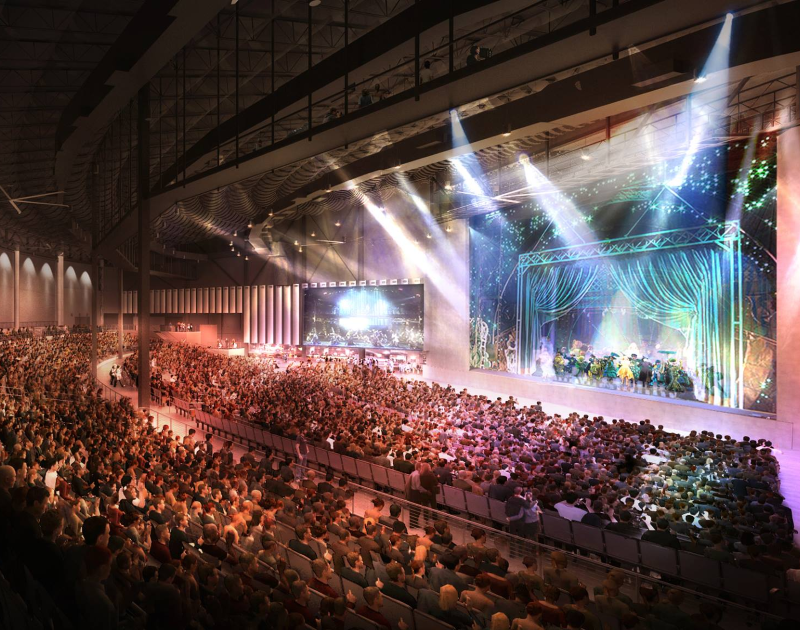 The situation over at the Toyota Music Factory continues to fascinate.

After he opened and abruptly closed five venues within that Irving entertainment center in a span of two months, former Billy Bob’s Texas namesake and now-shuttered Big Beat Dallas owner Billy Bob Barnett is refusing to go quietly into that good night.

Or, rather, his lawyer is: Larry Friedman, who also represents Barnett, is currently suing the mega complex’s developer from receiving millions in tax incentives and doing so on behalf of an Irving taxpayer advocacy group. His argument is that the City of Irving agreed in 2015 to give the ARK Group developers behind Toyota Music Factory some $44 million in reimbursements if they were to meet certain deadlines and benchmarks that their lawsuit says they missed.

It sure feels like the lawsuit is coming on behalf of Barnett, though, as one of the benchmarks the suit claims ARK missed has to do with the volume of parking spaces it was supposed to build around the Texas Lottery Plaza — which, hey, that’s just what Barnett said was to blame for Big Beat Dallas’ sudden closure!

Back in Dallas, Uptown’s biggest venue has ruffled a few feathers. On Thursday, The Rustic is hosting its Celebrate Selena Day event honoring the late Queen of Tejano. With Dallas already known as a town that’ll do anything for the late great Selena Quintanilla-Pérez, some in the community took offense at the venue’s decision to book the white musician Suzanna Choffel to play the event, arguing that it’s cheap and clear act of cultural appropriation. Our colleagues over at GuideLive did an excellent job breaking down both sides of the outrage, calling upon professors from multiple higher-learning institutions to weigh in on whether this is indeed a case of cultural appropriation — or perhaps of appreciation?

Someone else who has faced his share of culture vulture accusations throughout his career is Post Malone, who is undeniably the biggest thing in hip-hop this year. Here’s more proof of that: After 14 weeks sitting in the top 5, Yung Posty’s “Psycho” single finally hit the No. 1 spot on Billboard’s Hot 100. It’s his second No. 1, his first since last year’s “Rockstar” and the 10th single he’s charted since 2015.

Not content just to be the biggest star out there, it seems Post Malone’s also shooting to be the busiest man in the game — that’s right, he’s starting his own record label.

“He’s seen the music business inside out and now he wants to start his label,” his manager recently told Billboard. “We’re going to do it how we been doing it from the beginning, and obviously a distributor is going to come along. Let the bidding begin.”

That move also helps to explain his newest face tattoos — script reading “Always Tired” on his cheeks, and emulating permanent inky bags under his eyes.

Also not sleeping these days is Leon Bridges, who made a cameo in an especially star-studded fake Met Gala scene in Ocean’s 8, presented an award at last Wednesday’s CMT Awards show and also just dropped a new music video alongside DeJ Loaf, which you can watch below.

Moving on, a few updates on some upcoming live events.

For the three-city Texas swing of Willie Nelson‘s annual Outlaw Music Festival tour, they’ve got a bit of something special planned. Joining Willie for those dates is the iconic Dallas act Edie Brickell & New Bohemians, which says it’ll be playing songs from its first new LP in 12 years during this tour run. The Dallas show takes place on June 30 at Dos Equis Pavilion, with Houston and Austin dates to follow.

Last week, meanwhile, we mentioned the first (annual?) Gritznic event — y’know, RC & the Gritz’s Roots-inspired get down. Now, they’ve shared the first batch of performers that’ll be sharing the stage in various iterations during the event: Joining The Gritz will be Teedra Moses, Chantae Cann, Durand Bernarr, The Beatitudes, Kirk Thurmond & The Millennials, Cure For Paranoia, Geno Young and RAVS. Expect more names to follow.

Then there’s the State Fair of Texas, which revealed its list of 2018 performers. Among others playing free concerts during the fair’s run this falls are Ludacris, Aaron Watson, Hunter Hayes and the Latinx-filled Selena tribute Bidi Bidi Banda.

Now, for a couple pieces of bummer news.

Last week, Bay Area rockers The Stone Foxes had their van, trailer and all of their gear stolen from a La Quinta Inn in Garland. The band’s pressing on in a rental van with borrowed gear, but in the meantime, you can help by keeping your eyes peeled out for this list of stolen goods or donating to a Sammy Hagar-endorsed GoFundMe campaign to help them buy new instruments.

Also taking it in the shorts was The Local Ticket, which called it a day following Sunday night’s broadcast. After three years of playing mostly local jams each Sunday night on America’s favorite sports radio station, Mark “DJ Mark” Schectman said on the air that last week’s episode would be the show’s last — but not to worry because he’s “not going far.” We’ll find out what that means in due time, we suppose.

For now, let’s just bide our time watching all these new music videos!

First up is this Fearless Flyers clip, which is one of several live videos from the act that’s been blowing up the Facebook algorithms of late. Why should you care? Notably, the Vulfpeck offshoot features Fort Worth guitarist Mark Lettieri. The group’s new album can be purchased here.

Then Sad Cops continues growing up before our eyes and ears, transitioning from forward-thinking high schoolers to listless college freshmen in their “Honey” video — the first official video from the band’s new Transition Songs LP.

Next, fellow cool kids Acid Carousel wander around doing cool and, at times, trippy things around Denton for their “Killer on the Moonbeam” track, which is perhaps a bit of a different style song than casual fans of the band are used to hearing.

And, well, Selena Gomez’s new video already has over 30 million views, so you’ve probably already seen it. But here it is again.

Lastly, for our quick-hitting portion of this week’s news and notes:
• Rapper C Struggs, who has been publicly battling cancer and recently spent three weeks in a medically induced coma, earned a nice nod from Passion of the Weiss for his latest mixtape.
• Lil Twist wholly unnecessarily inserted himself in the Pusha T versus Drake feud with a track that (rightfully) went almost completely unnoticed.
• Vandoliers got signed to Bloodshot Records. [Editor’s note: Cory didn’t wanna include this because he’s in the band, and he worried that including it would be a conflict of interest — but fuck that. This is a cool announcement, and we’re happy for the band — especially since it now puts the cow-punks in rarefied air, right alongside two notable other locals the label has released, Old 97’s and Ben Kweller. That’s objectively rad.]

Toyota Music Factory cover photo via Facebook. Got a tip for White Noise? Email us!