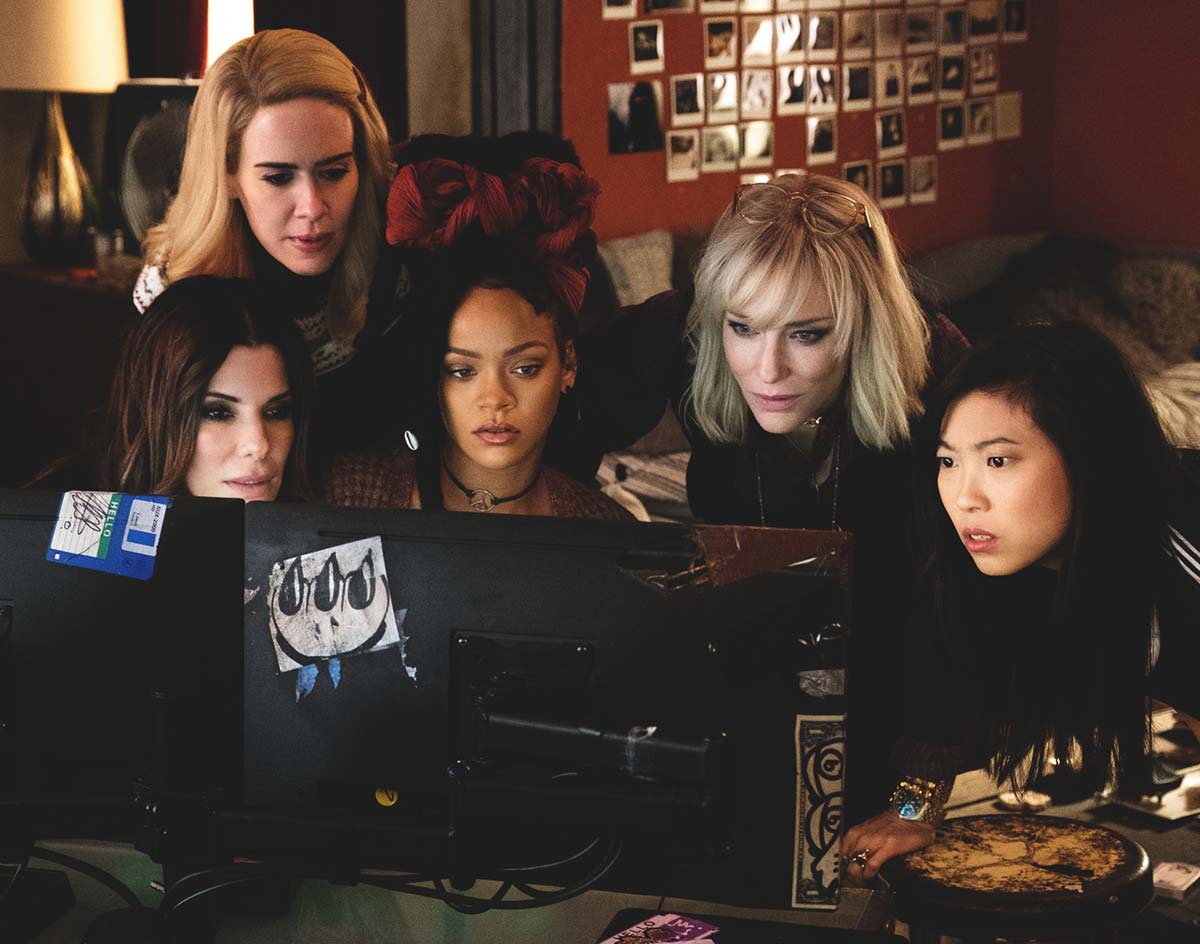 Director Gary Ross Wholly Wastes His Supremely Talented Cast With His Sloppy, Confusing And Joyless Entry Into The Ocean’s Franchise.

Ocean’s 8 depicts its many characters committing various crimes in often comically staged ways. But not even the heist at the center of this film — one that revolves around stealing a 100-year-old, six-pound diamond necklace — checks in as the biggest of them all.

No, the most criminal part of Ocean’s 8 is director Gary Ross’ filmmaking, which wastes the film’s amazing cast, whiffs on its efforts at creating a cinematic universe and never even remotely approaches the heights reached in Steven Sodenbergh’s somewhat-related trilogy.

In this version, we follow Debbie Ocean (Sandra Bullock), sister of Danny Ocean (George Clooney), as she and her old partner Lou (Cate Blanchett) assemble a team in order to pull off one of the biggest heists in U.S. history — stealing a heavy and valuable Cartier Toussaint necklace during the Met Gala. Rounding out their squad? Oh, just Anne Hathaway, Mindy Kaling, Sarah Paulson, Awkwafina, Rihanna and Helena Bonham Carter.

To say that this is a stacked cast is an understatement. Their talents range from prestigious (Blanchett) to enchanting (Carter) and bizarre (Awkwafina), and every member of the cast is playing to their strengths here: Sarah Paulson’s Tammy is the perfect personification of suburban ennui as a soccer mom who loves smoothies and also is a sly scammer; Rihanni brings a quiet cool and gravitas to the proceedings; Anne Hathaway is deceptively ditsy but ultimately delightful; and so on.

And yet — still — this movie is a mess. From a filmmaking making angle, the writing and the editing are just so clumsy that it’s hard to believe this is a movie about precise planning and coordination. For instance, Debbie running off to confront her ex (Richard Armitage) at one point make little sense — and yet more sense, than the many crosses, double-crosses and triple-crosses included in her convoluted theft plan.

It’s a shame, too, as there are hints of a more interesting movie here — like when Lou at one point questions why Debbie wants an all-female crew, to which Debbie replies, “Because women are never seen.” That’s a very thought-provoking and socially aware sentiment! Unfortunately, Ross takes this sentiment a little too literally in his director by doing the seemingly impossible and not even coming close to making the most of boasting seasoned actors like Blanchett and Bonham Carter in his cast. And this is all saying nothing of the unnecessary flashbacks and confusing plot points that get tossed in all willy-nilly in the final 20 minutes of this movie.

Not even some cameos from the old trilogy can save this effort.

In the end, Ocean’s 8 fails to be a reinvention of the franchise — mostly because it fails to understand what made the previous incarnations so enjoyable. The fun is lacking, as is the snappy humor.

Thing is, this film could’ve worked in the hands of a more capable director. Here’s hoping — if only for the sake of its cast — that this film pulls off a greater heist than its plot is capable of and somehow makes a killing at the box office in spite of itself.

Because, really, this ensemble deserves a second chance.