White Noise: Post Malone Is The Biggest Thing In Hip-Hop. 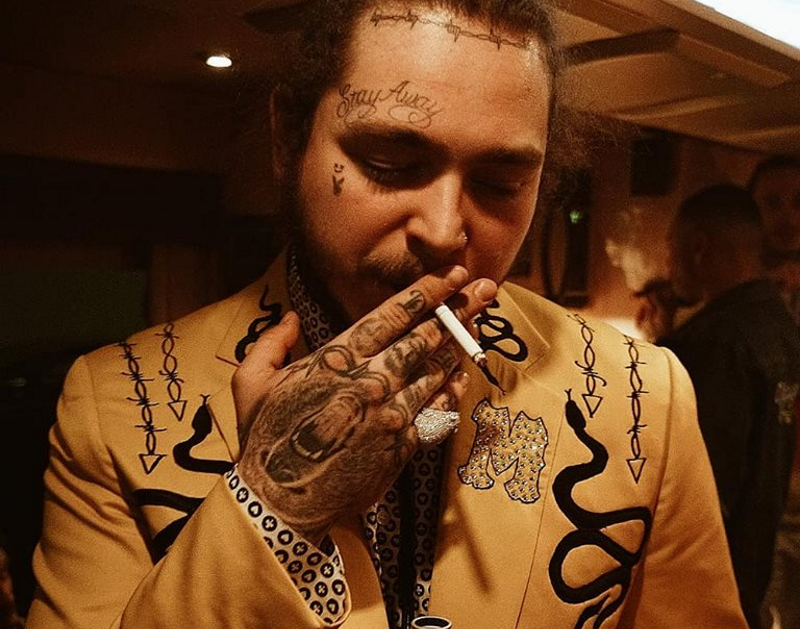 Kelly Clarkson Makes For A Great Awards Show Host, Post Malone Keeps On Breaking Records, Leon Bridges Experiences One Good Thing After The Next, And So Much More.

So, sure, it’s been almost a year since I’ve done one of these columns — but, looking around, not much has changed with regards to North Texas musicians dominating national music coverage.

I mean, look no farther than this past weekend’s Billboard Music Awards as undeniable evidence of that fact.

For starters, Burleson’s own Kelly Clarkson did a bang-up job hosting the event — a role usually reserved for comedians and/or actors. She not only killed it in the performance department, but with a ballsy move during a monologue. While speaking about the recent Santa Fe school shooting, she admitted that award show organizers had asked her to lead the MGM Grand Garden Arena in a moment of silence. Instead, she interjected the following: “I’m so sick of moments of silence — it’s not working, obviously. Why don’t we do a moment of action? Why don’t we do a moment of change? Why don’t we change what’s happening? Because it’s horrible.”

THE American Idol also crushed it with some local-on-local love, covering Arlington’s Maren Morris’ “My Church” as part of a medley of last year’s biggest hits.

For her part, Morris, the Top Country Female award winner, turned in a performance of her own, pairing up with Zedd and Grey for their song “The Middle” — something they had never before done in a live setting.

And those were far from the only local ladies performing at the event: Colleyville’s Demi Lovato and Christina Aguilera debuted a new duet of their own, “Fall in Line,” which they call a “women’s empowerment anthem that addresses the way society polices young girls.”

Finally, closing out the show was Salt-N-Pepa, whose locally-tied DJ Spinderella got some spotlight on the mic as well during a medley of classics that included “Push It” and “Whatta Man.”

After that show was the official BMA after-party at MGM Grand’s Hakksan Nightclub. There, Post Malone was the man of the hour, celebrating a string of historic performances on the Billboard chart, and performing five songs of his own. And there’s much to celebrate: Aside from holding the No. 1 album on the Billboard 200, Posty also recently broke a record by holding six of the top 10 spots on Billboard’s Hot R&B/Hip-Hop Songs chart.

He’s not the only one wrecking the charts of late, either. Leon Bridges has been making various Billboard charts his bitch in recent weeks, too. Per the magazine, his sophomore full-length Good Thing debuted at No. 1 on both the Americana/Folk and R&B Albums charts, and hit “a career-best No. 3 on the Billboard 200 dated May 19 with 66,000 equivalent units according to Nielsen Music.” His lead single “Bad Bad News” also hit No. 1 on the Adult Alternative Songs airplay chart.

Pretty much everyone seems to be into it his new stuff. Need proof? Here’s a re-‘gram of Snoop singing along to “Beyond.”

Aside from features in GQ and Esquire this month, Bridges’ current press tour also included performances on Ellen and The Late Show, both of which you can peep below. All good things!

Also on the live TV in recent weeks was one-time Leon duet partner Kacey Musgraves, who did a couple of her new Golden Hour tunes on SNL.

Musgraves will be back in town in a few weeks, opening Harry Styles’ show at American Airlines Center on June 5.

On that note, here’s a good spot to bring up a whole bunch of other shows that should be on your radar:
• When Austin City Limits returns the first two weekends in October, it’ll boast a lineup that not only includes the likes of Paul McCartney and Childish Gambino, plus a whole slew of locals, including St. Vincent, Texas Gentlemen, Lisa Loeb, Parquet Courts, The Relatives and Charley Crockett.
• On the local fest front, both Homegrown and Fortress Fest have announced they’ll be back for their tenth and third iterations, respectively. The latter has already done sold out of early bird presale packages.
• Local PR agency Culture Hype is throwing a local fest for its clients at The Rustic on June 16. Performers at the event dubbed Hype Fest include Larry g(EE), Goodnight Ned, Henry the Archer, Kirk Thurmond, Remy Reilly and several others.
• Local promoter Charlsie Grace, who has booked for places like Granada and House of Blues in the past, is simultaneously celebrating the launch of her new company BandSource and raising money for her recent medical bills with a four-day slate of shows at BackYard on Bell. Claire Morales, Nervous Curtains, Midnight Opera and Rosegarden Funeral Party are among the crop of performers at the Pay What You Want Fest, held this Thursday through Sunday. Grace was diagnosed with Huntington’s Disease in 2014.
• Son of Stan is bringing back his third annual Summerthon pool party at Shipping and Receiving on June 23 and 24. Performers at that one include Bun B, Darth Vato, Steve Gnash and DJ Sober among others.
• Emo Nite returns to The Bomb Factory on June 2 with one of its biggest shows to date. The Rocket Summer‘s Bryce Avary performs along with members of Cartel, Sum 41, No Doubt and Forever the Sickest Kids.

Not to be outdone, Jaffe’s Kirtland Records label mates the Toadies released their fifth collaboration with Martin House Brewing Company called Possum Kingdom Pilsner, which they celebrated with another performance at the brewery.

The same day, Madison King played another of Legacy Hall’s grand opening weekend shows, then scooted over to Downtown to play the first of City Tavern’s farewell shows. This summer, the bar will be relocating to a new spot down the block from building it has occupied for the past decade. While they still plan to host live music, it’ll likely be scaled way back, with the space focusing more on the bar than music aspects of the business.

Likewise, the Texas Music Museum will also be relocating — and we’re guessing from the contentious relationship it has had with the City of Irving that it won’t be staying within those particular city limits.

Whether the museum pays its rent, one can’t deny how much local music history has been made in the region. Take just the electronic music scene, for example, which was the subject of a deep dive by DJ Mag.

A lot of future history is being made all around us these days, too. That’s something this column’s previous charge recently dove into for The Fader, giving a long look into the current state of Dallas’ rap scene.

Finally, let’s end the return of this column with a few quick-hitty notes to leave on.
• Dorrough was given a key to the City of Dallas.
• The Old 97’s are currently in Garland recording a new Christmas album.
• Other acts with new albums coming out in the coming days/weeks include Daniel Markham, Claire Morales, Sealion, Sad Cops, T.Y.E. and Paul Cauthen. (Keep an eye on our regular Songs of the Week column, which returns this Friday, for more info on those.)
• Stetson followed Charley Crockett on the day of his recent LP release and compiled the short doc below of their time together.