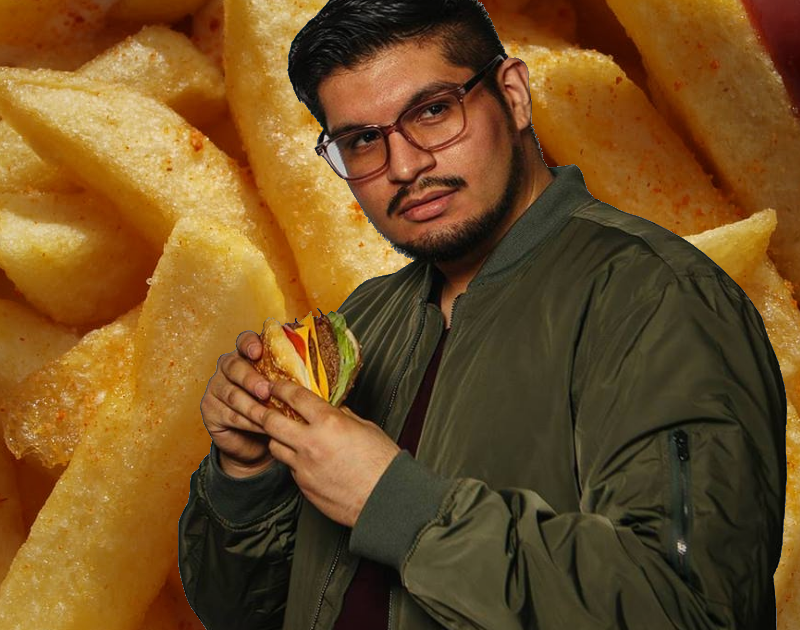 Power Trip – “Hornet’s Nest”
RIYL: Metal up your ass.
What else you should know: Following up last year’s Nightmare Logic — one of Rolling Stones’ top 20 metal albums of 2017, as you no doubt already knew — the Power Trip boys tighten their grip as the reigning kings of ‘80s thrash here with a one-off ripper released as part of an Adult Swim singles series. This fall, they head to Japan and Australia, continuing their global dominance.

Sad Cops — Transition Songs
RIYL: Your fake ID days.
What else you should know: These boys are literally growing up right before our ears. The first they came on the scene with 2015’s stunning Best Friends EP, which came as frontman Grayson Harris was midway through high school. Even back then, there was an incredible foresight in songs like the title track, which predicted the unavoidable awkwardness of going off to college and leaving old friends behind. Three years later, that’s kind of the landscape in which this new collection was written. After some intermediary efforts, Transition Songs is a return to form, both sonically and from its perspective of a 19-year-old trying to navigate the awkward college landscape.

Mitchell Ferguson – “Cry”
RIYL: Premium channels.
What else you should know: If you’re a music director looking for the next dark-but-palatable indie folk type song to use as the theme of your hip and slightly edgy new cable show, well, look no farther. The first of a batch of new material Ferguson recorded at Modern Electric will fill the True Blood-shaped hole in your heart.

Sealion – “Nobody Goes There Anymore”
RIYL: Partying like it’s 2016.
What else you should know: Three years after we initially posted a teaser track from it, Sealion’s new four-song EP is finally coming out next Friday. Back when we first caught wind of it, the Jordan Richardson-produced batch was to be called Dripping Palms. Now, it’ll be christened Nothing Nowhere. As you might expect, it’s a collection fans have no doubt heard live numerous times, although that doesn’t cut the knees off these solid new mixes at all, really; it only makes them more instantly familiar.

Sleepy Zuhoski — Better Haze
RIYL: The serenity to accept the things you cannot change.
What else you should know: The debut record from Garret Zuhoski finds his acoustic singer-songwriter material gussied up by venerable Dallas producer Salim Nourallah and The Polyphonic Spree’s Nick Earl, who added tight drums, lots of synths, space noises and a phone-like quality to the vocals — a few common elements that help tie these genre-spanning collection together into a cohesive LP.

Salim Nourallah — North
RIYL: Bonus material.
What else you should know: Speaking of Nourallah, he’s got a new double album in the works of his own. Ahead of its release later in the fall, he’s releasing four, directionally-titled EPs featuring songs from the record, rarities, bonus tracks, previously-unreleased songs and reimaginings of old material. This is the first of the four.

St. Vincent – “Fast Slow Disco”
RIYL: Playing your LPs on the 45rpm setting.
What else you should know: It’s the MASSEDUCTION track, but sped up and with some added drums to make it really sound like a disco tune this time around. Simple as those couple of changes are, it really does make it sound like two completely different thoughts.

Dej Loaf – “Liberated (feat. Leon Bridges)”
RIYL: Freedom songs.
What else you should know: To promote her liberation anthem – which contains lyrics like “If you feel free / Then you should lift your hands / Real love, less friends / So many things in this world I don’t understand / I won’t judge who you love or your brown skin.” – Dej Loaf is paying for the marriage license of anyone that gets married at New York City Hall today. That’s nice! The red hot Mr. Bridges, of course, sings the hook.

Goodnight Ned – “We Bloom”
RIYL: The three C’s.
What else you should know: It’s hard to have restraint when you’re so vehemently opposed to the circumstances around you. But as the world around them feels like it is going to hell, Goodnight Ned does its damnedest to remain calm and, as they sing, “be good.” A laidback, harmony-rich groove that plays out here like the aural equivalent of that Vietnam protester putting carnations in the rifle muzzles of the opposition. Check them out at The Rustic next weekend as part of Hype Fest.

Dead Sullivan – “Kyle”
RIYL: Librarycore.
What else you should know: With little more than an acoustic guitar, piano, drum machine and some samples, Dead Sullivan paints a very full, if somewhat abstract picture here. It’ll draw listeners in because, well, with its barely-above-a-whisper vocals it kind of has to. It’s like Built to Spill’s even shyer cousin got hold of a cassette recorder and decided to go into the family business. It’s lo-fi and interesting as heck. The rest of the Season LP comes out July 20. Before that, there’ll be a show at Dan’s Silverleaf on June 21.

RayBurger — Fast Food Remixes
RIYL: Eating great, even late.
What else you should know: If you are into super-sized electronic jams about getting extra cheese on your burger, RayBurger’s “Fast Food” is definitely up your alley. When he put it out originally a couple months back, he also released stems and solicited remixes. Of the ones he received, he picked his five favorites and compiled them into this collection. Making the cut are Dessigner Toys, Lvndo, SmartAlec, Dropshop and Dallas’ own Junk Food.

Eisley – “A Song For The Birds (Acoustic)”
RIYL: Stripping things down.
What else you should know: For its next trick, the family Eisley is taking its 2017 album, I’m Only Dreaming, and re-doing it as a mostly acoustic thing. This time it’ll be called I’m Only Dreaming …Of Days Long Past. Sounds like the kind of thing bands do when they’re trying to get out of their record contracts.

Flesh Narc — Pillow Talk
RIYL: Screaming sweet nothings.
What else you should know: After a post-tour meltdown at the end of 2017, this Denton noise act regrouped with some fresh flesh and blood, rounding out its new lineup with live drum and bass once again with a batch of new material that it refers to as its most poppy to date. (LOL.)

RayBurger cover image via his Facebook page.
No more articles