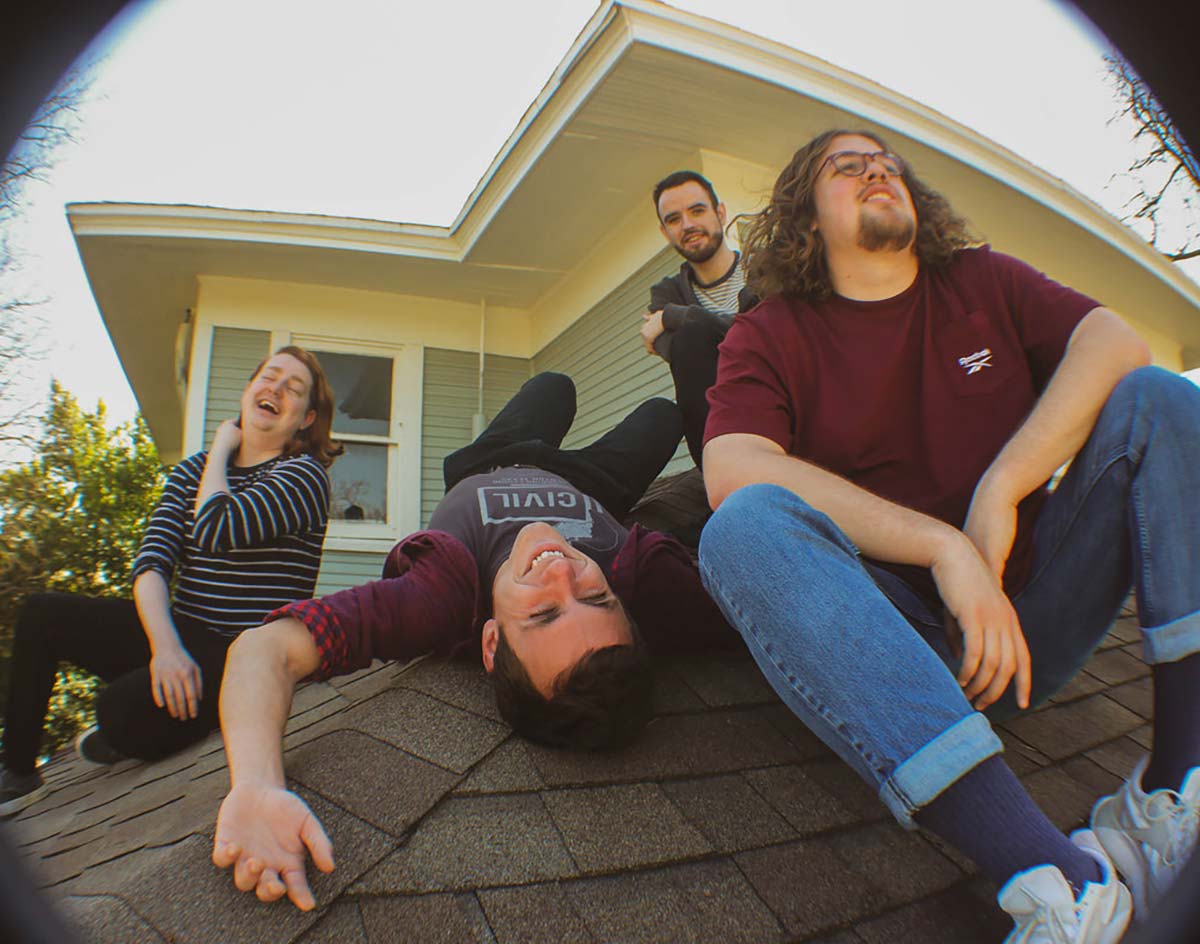 The Talented Denton Emo Band’s Latest Is Worth Its Four-Year Wait Thanks To Welcome Hints Of Promise Ring, American Football And Texas Is The Reason.

Genius Christ — “Stray”
RIYL: Something much better than Jane’s Addiction’ Strays.
What else you should know: Is Genius Christ an emo band or an indie act? Does it really matter? It shouldn’t, but it kinda begs the question when you’re trying to recommend their debut album Away Is Not the Only Way to Fade to someone.

I suggest listening to the album’s second track of “Stray” to decide.

With shades of the Promise Ring, American Football and Texas is the Reason, Genius Christ’s follow-up their self-titled 2017 EP certainly merits the Denton-based band earning a wider audience. The band — featuring Connor Kokora on vocals and guitar, Riley Cottrell on vocals and guitar, Josh Wright on bass and vocals, and Brock Tacker on drums — has spent the past four years on these 12 songs.

Better yet, it sounds like they wisely took their time.

As with most North Texas bands of this ilk in recent years, it should go without saying this is another fine project helmed by Michael Briggs at his Civil Audio studio. Briggs recorded, mixed and mastered Away Is Not the Only Way to Fade, and he has a long showing off bands as who they truly are instead of something they are not.

In the case of Genius Christ — happy early Easter, folks! — that means not having to rely on heavy distortion, pounding drums or twinkly guitar riffs to get to the heart of the emotion.

Rather, the lyrics play that role: “Drive home, northbound/With sunlight sprawling on fallow ground/revealing curves across the plain/departing words keeping me insane” go the opening lines of “Stray.”

Seems like the call of someone who wishes to leave a small town but can’t quite make the leap — a place many a North Texas musician has found themselves at some point, debating whether to take a leap of faith or live on never knowing.

Listening to “Stray” — and the band’s other tracks on this latest LP — it’s clear that Genius Christ is a band worth taking a chance on.

You’ve got to enjoy things while you can, right?