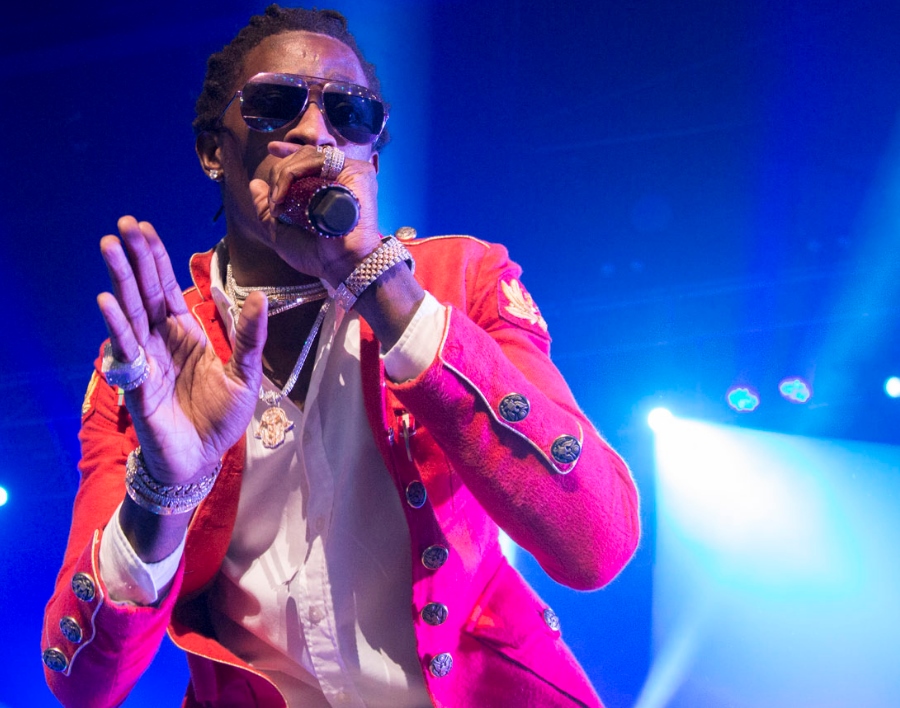 The Dallas Morning News Hires A New Music Critic, A Denton Promoter Is Suing Young Thug, And A Legendary Guitarist Passes On To The Next Plane.

Since October, Dallas has been devoid of any publications with full-time music critics on staff after the Dallas Morning News said it didn’t have plans on filling its vacant position at the time, and the Dallas Observer eliminated the position, too.

“We’re biding our time for now,” DMN editor Mike Wilson told us at the time. “We may yet hire someone to cover just music.”

And, as it turns out, that’s what they’ve done. Last week, the paper’s online entity GuideLive announced the hire of Kelly Dearmore as its new music critic.

Wrote Dearmore in his introduction piece: “I’ve spent the past decade writing about music with a strong emphasis on all things Texan, and now I’ll be serving as GuideLive’s new music critic. Though country and Americana-flavored rock have scratched my audio itches most effectively, I’m a sucker for sludgy doom metal, aggressively inventive hip-hop, eardrum blasting shoegaze, skinny jeans indie and rib-sticking soul.”

Dearmore, who has previously contributed to the Dallas Observer, Blurt and Cowboys and Indians, among others, will pick up some of the slack left when DMN’s previous full-time music editor Hunter Hauk left his post in June of 2016.

Another story from last year with recent developments is that Young Thug performance that was set to take place in the Denton suburb of Krum as part of a bigger event called Regardless Fest on April 29. As expected, the rapper never showed — although he did show up for a show in Dallas a couple weeks later at South Side Music Hall, and later managed to make it to a December gig at The Bomb Factory. Still, to date, he’s yet to reschedule a makeup date with promoters Pentone Productions.

Not, too surprising. According to music video shoots to court dates, skipping out on things seems to be his thing. Reports The Dentonite, Pentone is now suing the rapper for $27,500 that they had already paid of Thug’s agreed-upon $50,000 fee.

Speaking of Denton and unconventional venues, that Denton house show festival we mentioned back in September is taking place this Friday and Saturday. To reiterate, Band Together Denton will feature 60 bands (like Heavy Hands, Pearl Earl, Mink Coats and New Science Projects) performing across 10 different houses over the course of the two days.

Back in Dallas, meanwhile, artists are still performing in big arenas and stadiums. And as D Magazine points out, Pollstar’s year-end number-crunching shows Dallas to be one of the country’s most popular spot to catch a show. Says D: “American Airlines Center comes in at No. 34 on Pollstar’s list of the world’s arena venues. The Fair Park venue formerly known as Gexa Energy Pavilion was the 14th most popular amphitheater venue, while the Verizon Theatre in Grand Prairie is at No. 41 for ‘theatre venues.’ AT&T Stadium, in the bracket for massive sports stadiums and festival sites, can be found at No. 19. Several local venues made it onto the list of clubs selling the most tickets: South Side Ballroom at No. 70, Billy Bob’s at 108, The Bomb Factory at 119, and House of Blues at 170.”

Something else we’ve touched upon before is that the St. Vincent-directed horror movie, which will make its premiere this Thursday at the Sundance Film Festival. We now know that it’ll also be available on demand and in theaters on February 17. We also have the first trailer, which you can stream below.

Something else you can stream is the new video from Bravo, Max! The pretty straightforward “Clean Slate” clip, from last year’s Bullfighter’s Blues, was shot at Harvest House.

Something you can’t stream yet — but soon will be able to — is Cody Jinks’ late-night television debut. The critically-adored Denton country singer will perform the title track from last year’s hit LP I’m Not the Devil on Conan next Thursday, January 26. Says the singer’s publicist, he’ll also be releasing a cover of Pink Floyd’s “Wish You Were Here” sometime soon, and a new LP towards the end of the year.

Finally, on a sad note, legendary guitarist and producer Tommy Allsup died last Wednesday, January 11, after complications from hernia surgery. Allsup first rose to notoriety as Buddy Holly’s lead guitarist, an artist’s career he was forever tied to after famously losing a coin toss for a seat on the plane that crashed in February 1959, killing Holly along with Ritchie Valens, The Big Bopper and the pilot. Decades later, Allsup opened the short-lived honky-tonk Tommy’s Heads Up Saloon, named after the incident, in the space that later became Deep Ellum Live, and soon will again. He was 85.

Cover photo by Breanna Loose. Got a tip for White Noise? Email us!