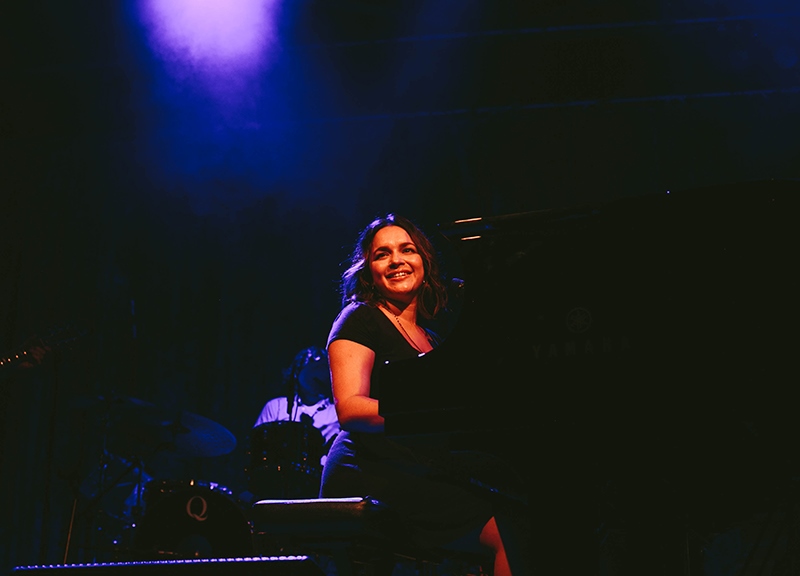 Norah Jones Gets Honored, Denton Gets Another Fest and The Voice Adds More North Texans.

Over the weekend, the biggest and baddest Oaktopia to date ruled the weekend over in Denton. Helping it earn that title was a pair of performances by former UNT student Norah Jones via Thursday’s all-star Tom Petty tribute and Friday night’s headlining set on the big main stage.

Prior to those showings, though, Jones’ old school welcomed her home on Wednesday to award her their Presidential Medal of Honor, their highest medal. Before going on to sell 50 million albums worldwide and earning the title of Billboard‘s jazz artist of the last decade, Jones studied jazz at UNT’s College of Music from 1997 to 1999.

Now, only a few days removed from Oaktopia IV, the city’s already got another fest to look forward to. Band Together Denton will be a two-day festival next January that’ll take place across 10 different house venues and feature some 60 bands. The first crop of announces includes New Science Projects, Fun Button, Kites and Boomerangs, Felt & Fur, Prior Panic, Off World, The Heavy Hands, LeQube, The Southpaw Preachers and Caterpillars, with new bands being announced over at The Dentonite every Tuesday. Oh yeah, and proceeds from the event will benefit Mentor Denton.

In other fest news, the Off the Rails Country Music Festival announced it will return for a second go-round at Frisco’s Toyota Stadium on May 6 and 7. No performers have been announced, but expect some of mainstream country’s biggest names. For instance, last year’s inaugural edition included sets from Blake Shelton, Chris Young, Ashley Monroe, Eric Church and Sam Hunt

Moving on, one local tribute band has pushed its devotion to its craft miles beyond anyone else in the country. Over the weekend, Motley Crue tribute Crued and Tattooed debuted its 360-degree drum coaster, a smaller-scale version of the one Tommy Lee rode around on for the last few Crue farewell tours, at its Gas Monkey Bar N’ Grill set. Now that’s dedication.

Now let’s show you some other videos. Da Dreak‘s latest clip is for his “Celebration” single from last month’s Love-N-Drugs LP. It features Rahzil Blackwell on vocals. It’s kind of uplifting, too. I know his mama would be proud.

In the most recent Songs of the Week column, we made mention of Wall of Orange‘s new LP. Now the KXT faves have got a video for their “Sweetest Blue” track.

And Fort Worth’s Animal Spirit has got itself a new album called This is Relevant coming out soon. To promote that sucker, they just put out a new vid for the first single, “Revenge.”

Speaking of new albums, S U R V I V E‘s new one isn’t out until Friday, but you can go ahead and stream it in full below. RIYL the Stranger Things score, duh. And the boys will be playing live in town on New Year’s Eve at It’ll Do Club.

Cover photo by Ashley Gongora. Got a tip for White Noise? Email us!