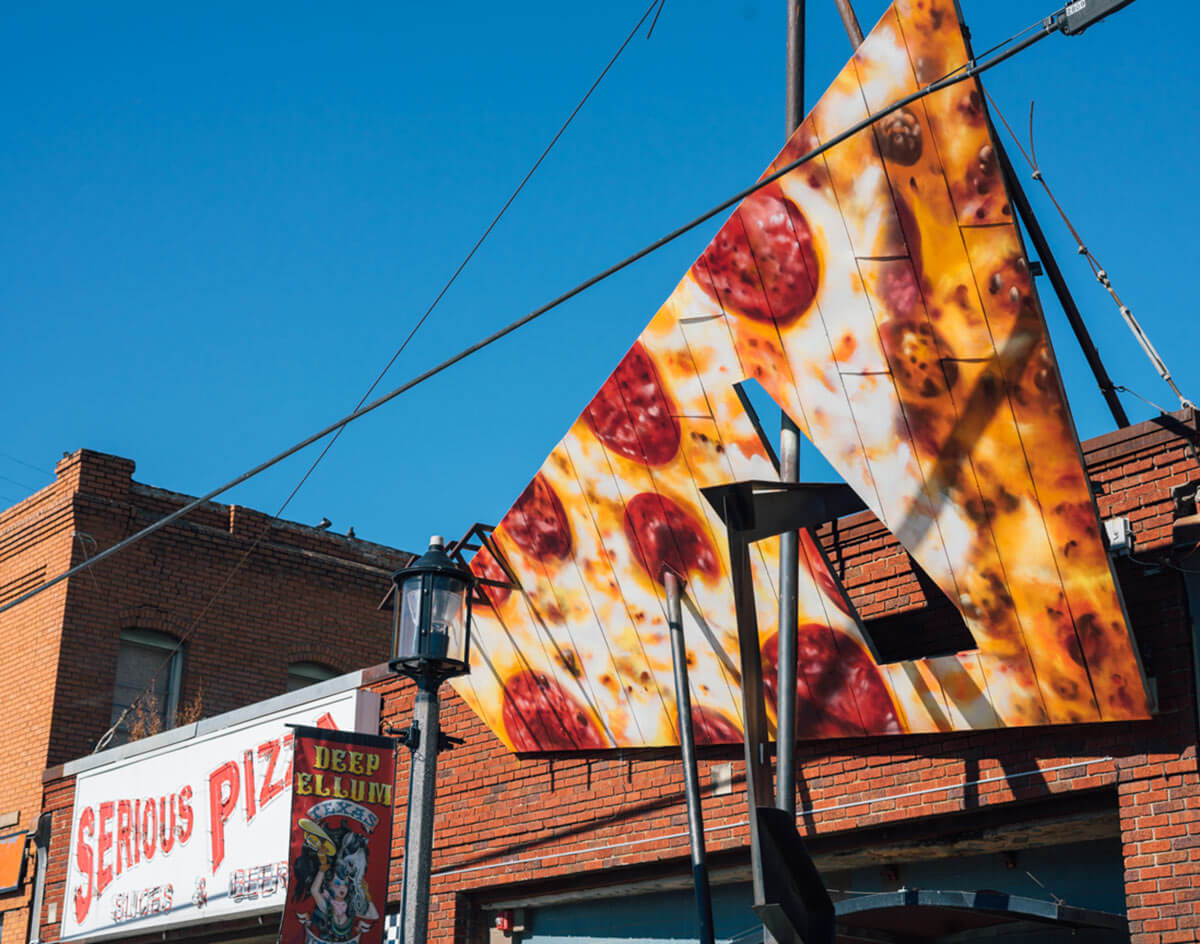 Among other things, Deep Ellum is known for its many bright murals, some of which have stood in place for years, if not decades. But the neighborhood’s newest eye-grabber is just a few days old.

You’ll spot the fresh piece at 2809 Elm Street, on the exterior of the old July Alley space that Serious Pizza expanded into around this time last year.

And, no shade, it’s maybe the cheesiest mural the neighborhood has ever seen… 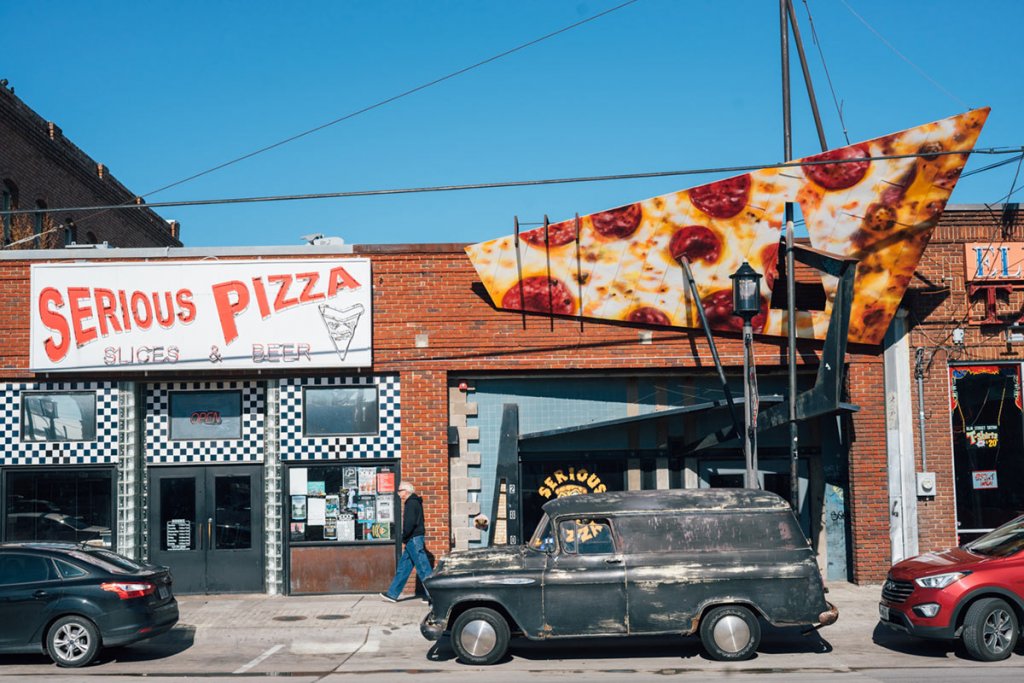 Commissioned by Serious Pizza, which was looking to do something with the metal fabrication left behind by July Alley, the new piece was created by super Dallas creative Jeremy Biggers, with some help from revered local graffiti artist Hatziel Flores.

Says Biggers of Serious’ request: “They never loved the metal fabrication, and wanted to tear it down. They were told they weren’t allowed to remove it, and thus negotiated a painting to make it less of an eyesore. That’s where I came in.”

Biggers had previously worked with Serious on a Teenage Mutant Nina Turtles-themed mural inside the expanded dining room space. Specifically, they hit him up in hopes of turning that weird metal piece into more of an “attraction/destination.”

“I worked on a couple of iterations of the design that included the Serious logo and other such signage-type designs before I finally landed on just using the shape of the piece and making it a slice of pizza,” Biggers says.

A simple concept? Maybe. But it’s an effective one, and its simplicity didn’t make its completion any easier.

“After agreeing to do the mural, I went to scout the location to start planning and noticed a power line within inches — very, very small inches — of the top corner of the piece,” Biggers says, “It scared me shitless. Then came the planning to paint on days it wouldn’t be cold, or rainy for multiple days in a row. Then came renting the scissor lift and hoping it would be available those same days, and that they’d deliver it early enough in the day for me to use it. I realized pretty quickly the two-day timeline I had planned was a grossly negligent underestimation. [But Flores] came through and saved my ass. And we basically got the entire thing done in a day.”

In other words: If it seems like this thing went up overnight, it kind of did.

Below, check out more pictures of Deep Ellum’s newest slice of culture, courtesy of Biggers himself. 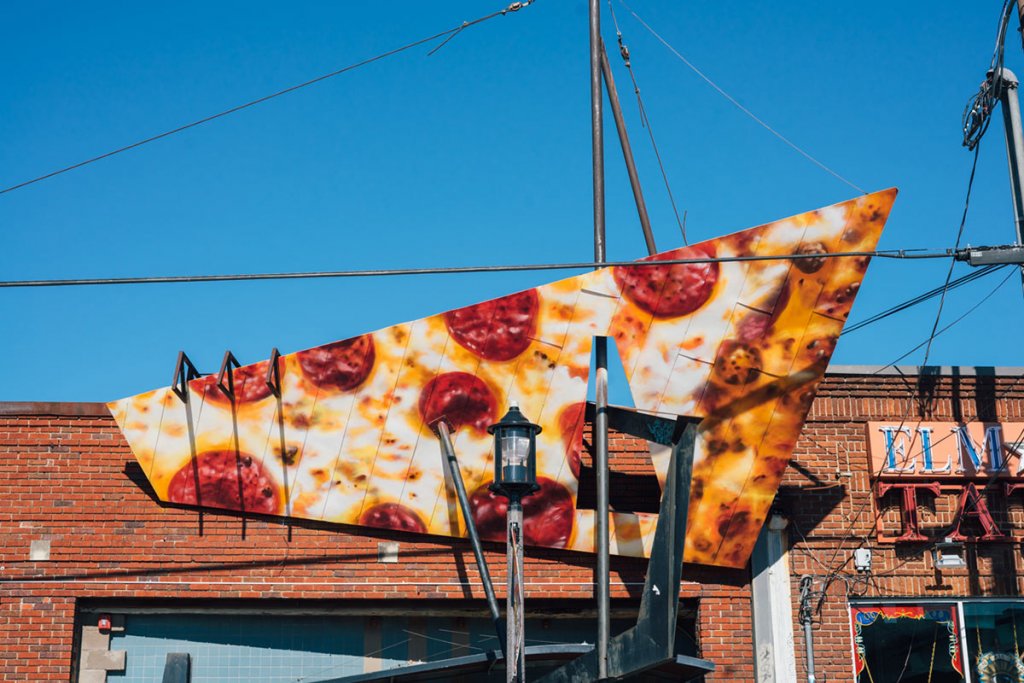 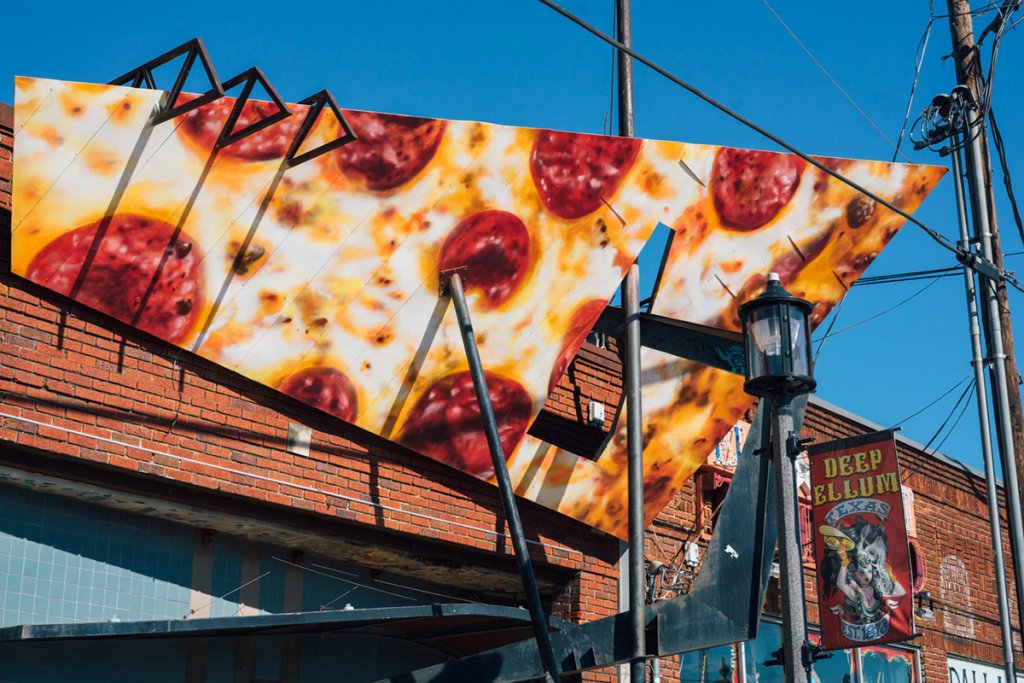 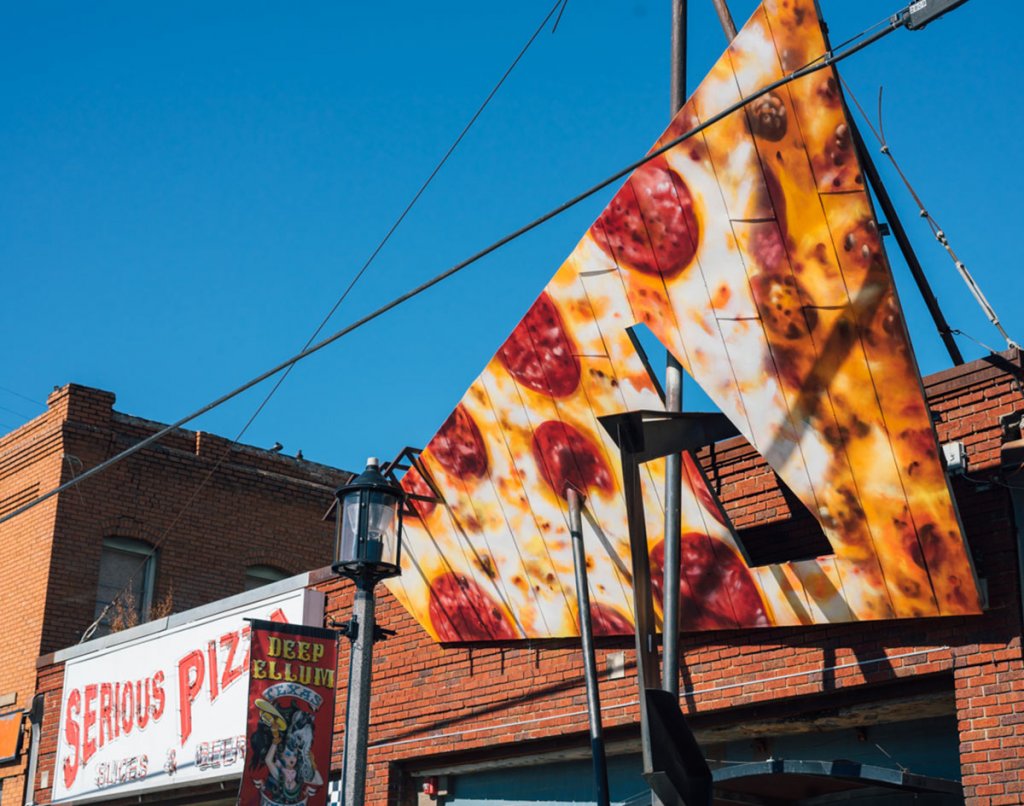