Where To See Fireworks In Dallas This Fourth Of July. 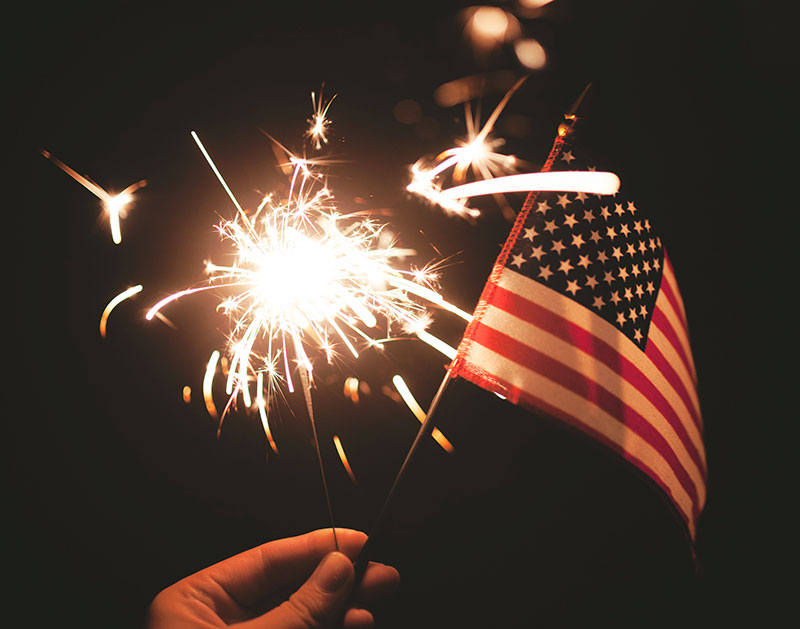 The Biggest Fireworks Show In Dallas May Be Canceled Again This Year, But You Still Have Options For Seeing Things Go Boom In The Sky This Independence Day.

Just when we thought things were going to be getting back to normal this summer, Fair Park announced that their annual Fourth of July fireworks spectacular won’t be happening this year.

This is the second year in a row that the biggest fireworks display within Dallas city limits won’t be taking place, as organizers canceled their Fair Park Fourth festivities due to coronavirus concerns in 2020 as well. But even as CDC restrictions are finally being lifted across the state and country, financial hardships are what organizers are blaming for this year’s cancellation.

Not to worry, though! There are still plenty of other fireworks fixes to be had around the region if you know where to look. To be clear: We mean official offerings, too, as Dallas cops are, per usual, openly begging that people don’t set off their own fireworks displays (or fire off their guns for that matter) within city limits without proper permits.

Fortunately, we’ve already done the hard part in seeking these offerings out for you.

Addison’s always-massive Kaboom Town offering is back for a kickass fireworks show this year on July 3, starting at 9:30 p.m. Unfortunately, all official seating at the Addison Circle-hosted event is already sold out. That doesn’t mean you won’t be able to see this suburban fireworks display at all, though. There are hotel packages available for purchase, and various nearby restaurants will also be hosting fireworks viewing parties. The fireworks show’s livestream will also be available at the city’s YouTube channel if you want to watch from home for free.

The Lakewood Country Club will host a Fourth of July parade at the corner of Lakewood and Cambria boulevards starting at 10 a.m. on July 3. The next night, on July 4 itself, the country club host a fireworks display starting at 9 p.m. that should be able to be seen from various spots in and around East Dallas.

In addition to Irving’s Fourth of July parade on July 3, the city will also be hosting an event featuring live music and fireworks on July 4 from 6 p.m. to 10 p.m. at the Levy Event Plaza. The fireworks themselves will kick off at 9:30.

In Grand Prairie, the Lone Stars and Stripes Fireworks Festival at the Lone Star Park horse track will also feature a fireworks show in celebration of Independence Day. The event is on July 4 and starts at 5 p.m., with a 20-minute fireworks display scheduled to begin after the last horse race of the day. Admission into the track is $5, and a spot in the parking lot will run you $20.

Carrollton will celebrate Independence Day properly on July 4 with an intimate, community fireworks show over Josey Ranch Lake starting at 9:30 p.m. There’s no official viewing area, so you’ll need to drive around the lake to find the best vantage point.

Plano’s All American 4th will be held on July 4 at Red Tail Pavilion (formerly Oak Point Amphitheater.) Fireworks will start at 9:30 p.m. and they will also be live streamed both on Plano’s YouTube channel and the Plano Arts and Events Facebook page.