Song Of The Day: Death Pact — “Necklace Made Of Piggy Teeth” 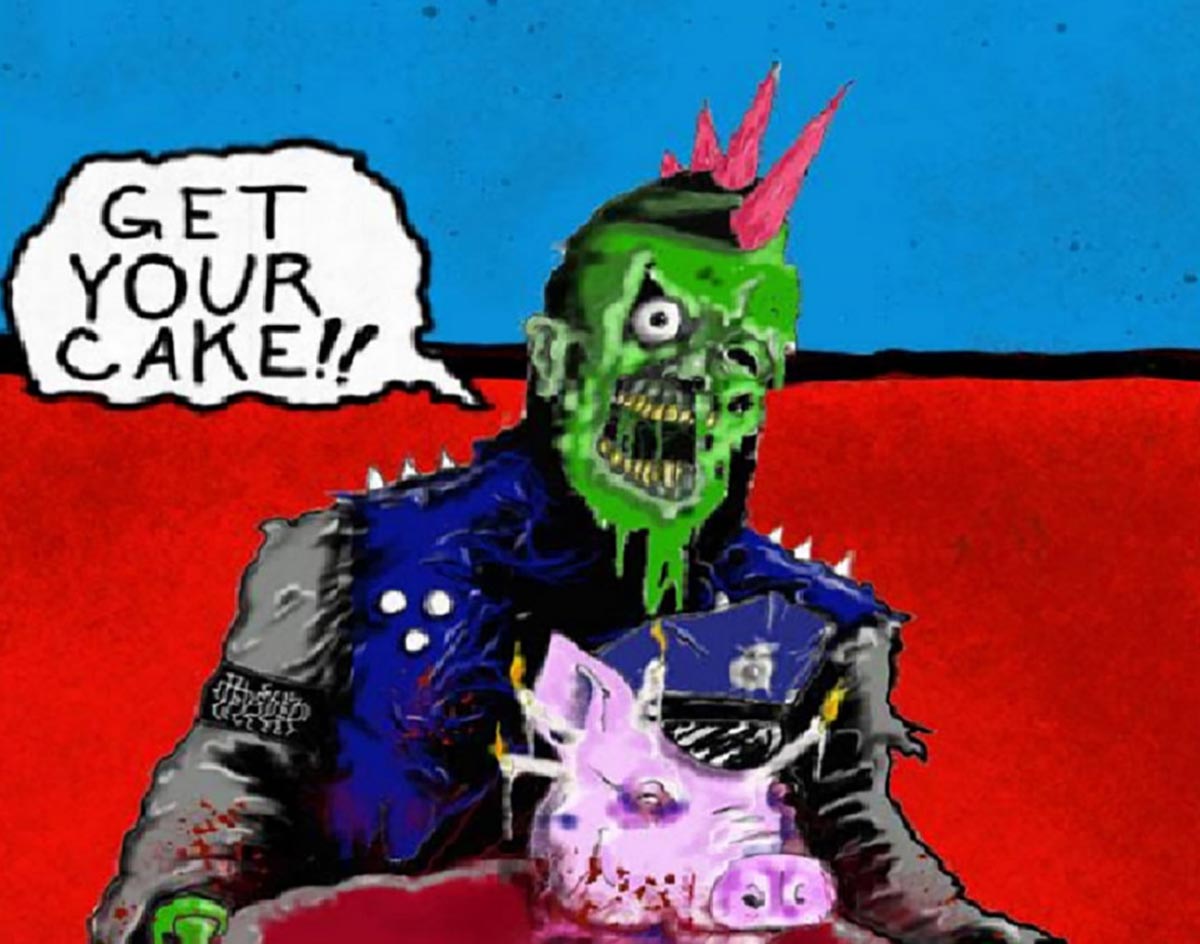 The Fresh Fort Worth Hardcore Outfit’s Debut Single Serves As A Rallying Cry For Revolution In The Face Of Continued Police Brutality.

The song opens with, of all things, a quote from the Golden Girls character Blanche Devereaux in which she says “The justice system in America is an imperfect and sluggish piece of antiquated machinery.”

After the year we’ve had, wherein the Black Lives Matter Movement took over over the national conversation, about six in 10 Americans agree with that take from the sauciest of the Golden Girls. And, yes, you can count Death Pact — a collective featuring members of Calculated Chaos, The Ellen Degenrates and The Blanche Davidians — among that 60 percent.

Lyrically, the band’s debut “Necklace Made of Piggy Teeth” single takes justified offense to the number of people shot and killed by police each year. Full of allusions to the evils of state, the song is the sonic equivalent of all those guillotine memes being shared on social media these days.

For those who slumbered through world history class, the guillotine was the executioner’s primary tool during in 18th century France, when peasants led by a national assembly rose against their feudal lords, the clergy and monarchs who held power over them to usurp the ruling authority and establish a new level of civil equality.

Guillotines might not be so fashionable these days, but the ideology behind their use remains through sentiments shared in popular anti-police protest chants — something Death Pact also borrows at the end of this blitzing track by chanting “No justice, no peace, fuck the police.”

In Death Pact’s eyes, some piggies do deserve to go to market.