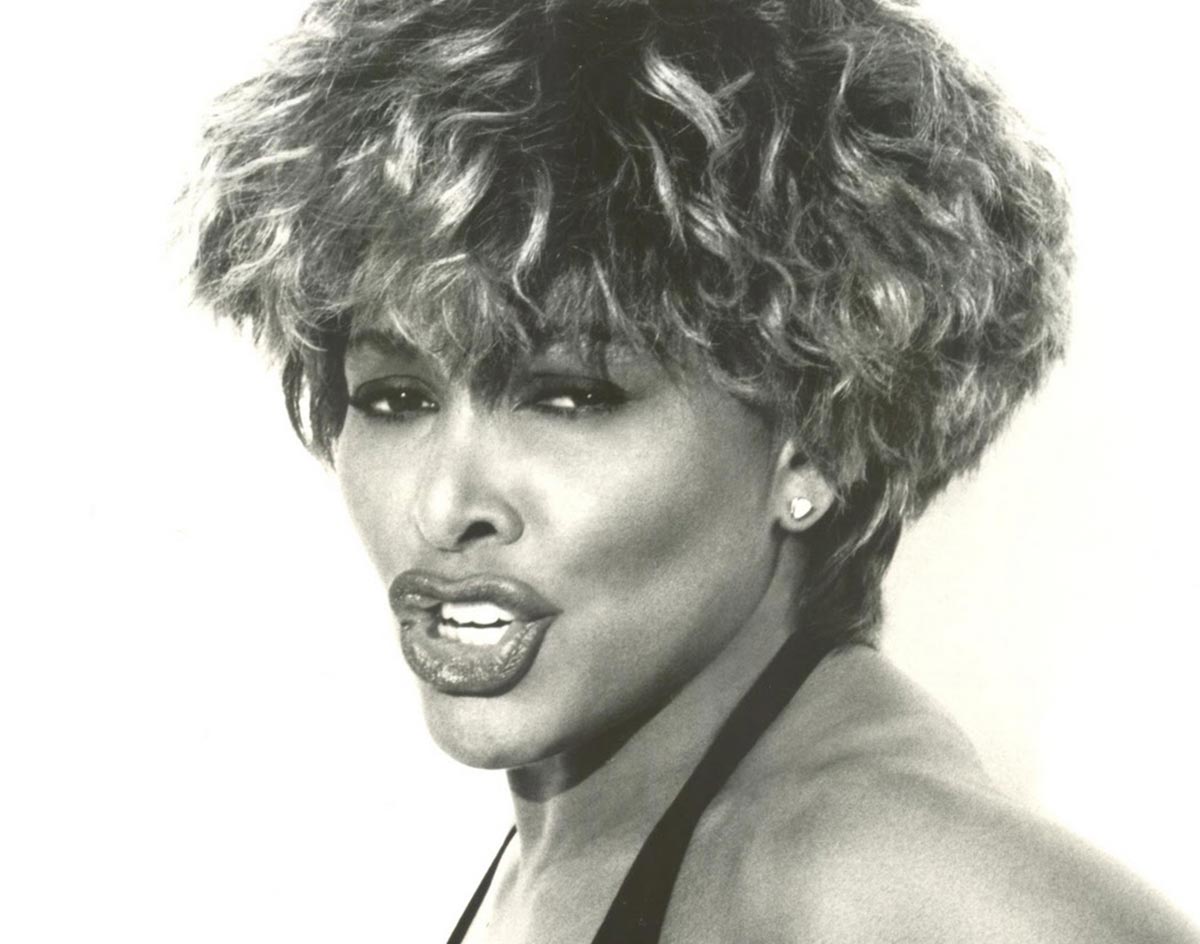 On July 4, 1976, Tina Turner Left Her Abusive Husband Ike At Downtown Dallas’ Statler Hotel And Found Refuge At The Lorenzo Hotel Across The Highway.

Everyone knows the story of Ike and Tina Turner — even if they don’t know they know it.

It’s probably the most well-established modern-time tale of an abusive husband using his leverage of power over his immensely talented young bride — in this case, the full-throated young singer born Anna Mae Bullock, who would later become Tina Turner at Ike’s request.

This Fourth of July marks the 45th anniversary of Tina breaking free of those chains by throwing in the towel on her marriage and partnership with Ike — a man who himself may go down as little more than an off-color joke that, except for shame, truthfully has no real place in the world we live in today. As Tina herself puts it in her latest Buddhism-centric self-help book that came out late last year called Happiness Becomes You: “Comedy is tragedy plus time.”

For Tina, that change started here in Dallas, Texas.

Ike, while talented, was a violent man that would do anything in his power to achieve his desired outcome. It was hubris that ultimately led his downfall and, in a turn of irony, his greatest contribution can probably be measured through the discovery of an illustrious young talent in Bullock, who first performed with his band The Kings of Rhythm in 1957. Bullock, fresh on the St. Louis nightlife scene at the time, arrived in the guitarist’s orbit from her former post-war sharecropping experience in Nutbush, Tennessee. The two married in Tijuana in 1962 (amidst, well, everything that Tijuana is known for) and began their ascent to rock ‘n’ superstardom together — a journey that, famously, would eventually see Tina insuring her legs for $3.2 million in 1994, and also find Ike rightly left like dust in her wake following a fateful July 4, 1976, night.

It was then, at the Hilton Statler Hotel in Downtown Dallas, that Tina finally left the scumbag.

In the limo ride to the hotel, the famously insecure Ike — not having slept for days, and high on his favorite white, powdery substance — physically took his frustrations over Tina’s rising star out on her, leaving her face bruised and bloodied just before their scheduled hotel check-in and a performance scheduled to happen in town later on.

It was by no means the first time he’d raised a fist to his wife. Heavy-handed domestic violence was just another drive down Commerce St. for Ike at this point, apparently.

Tina was over it.

As the story goes, the second Ike feel asleep at the Statler, Tina left him there in their room — finally and for good this time — after a turbulent 14-year marriage that, in the end, may well have been a prison sentence. She took an impassioned detour through the hotel to break her way out — traversing through backdoors, down alleys and across Interstate 30 access roads, ever fearful of her husband’s cronies and unnerving influence.

At the end of a frantic, near mile-long dash, she arrived at what’s now the Lorenzo Hotel — where, though basically penniless, she was offered quarter in her haphazard condition from a hotel staffer who even placed employees on foot patrol outside Tina’s door to guarantee her security.

It would take another two whole years until the Turners’ divorce would be finalized, but Tina’s trauma would last even longer. To cope, she took a turn to Buddhism and, in her darkest hours, began to pack some heat in case Ike ever crossed her path again.

Beyond numerous accounts of domestic violence, coercion, rape and so much cocaine use that Ike’s septum remained permanently deviated until his death in 2007, there was even a time when he reportedly lost a briefcase with $86,000 of Tina’s money in it at an airport.

Imagine trying to maintain a business, much less personal relationship, with a person like that.

It’s rock ‘n’ roll history at this point that Ike was prone to utilizing manipulative tactics, and that he wouldn’t hesitate to resort to intimidation on anyone — be it sticking a lit cigarette up his wife’s nose or bludgeoning her with a shoe repeatedly, as recreated on film in What’s Love Got To Do With It?, the movie adaptation of Tina’s I, Tina biography.

Ike fought for years to “clear his name” from Tina’s famous and enthralling representation of the story, even releasing a book of his own called Takin’ Back My Name to try and do so. But while he would even eventually win his first and only solo Grammy in the 2006, earning a Best Traditional Blues Album for his Risin’ With The Blues release that year, Ike was never the same after Tina bounced.

By her own account, Tina didn’t necessarily want things to work out that way. She’s on record numerous times saying she never wanted anything bad to come tk Ike. But, after years of abuse, there came a time when she and her favorite Jaguar — her only request of Ike from the couple’s massive estate at the time of their divorce — just had to get away.

These days, standing in the eleventh floor Lorenzo Hotel room where Tina stayed the night after her exodus from Ike feels like stepping into a slice of rock ‘n’ roll lore. The room itself represents the pillar of a woman unwilling to relinquish herself any longer to an abusive partner’s unforgivable nature as much as it does the simple kindness of a hotel manager who opened his heart to a stranger in need.

It’s not the same room by any means now — the building, a Ramada in 1976, was taken over by Larry Hamilton in 2006, and completely gutted and restored from the concrete up. It was only after Hamilton bought the hotel that he learned of its importance to Turner’s legacy — a history he now aims to embrace.

“She’s iconic,” Hamilton says now, “and we’d like our hotel to be iconic. We embrace her all the way. Apparently, Ike had beaten [Tina] before, but that time at The Statler was the straw that broke the camel’s back. According to the story, she arrived here with about 35 cents in her pocket and the manager not only let her stay, but fit her up in a top-floor suite as well.”

Now known as “The Cake Suite,” the room is one of several themed suites to be found at the Lorenzo — including a Tina Turner-themed “Escape Suite” down the hall that’s filled with pictures and memorabilia from the singer’s career, including an autographed copy of the 1985 Private Dancer LP that helped further establish the performer as the household name she remains today.

Looking out the window of her Lorenzo suite, one finds a clear vantage point of the Statler’s top floors across the highway. From her room here, Turner could clearly see the building where Ike was still sleeping — or perhaps lying awake, cursing his runaway victim and proclaiming how she’d gone and done it for the last time this time.

It’s easy to see how Tina could still be fearful even in that moment. Ike had tracked her down before.

But, as we know, things worked out in the end.

“[She] was in a bad spot in life and decided to get out, take all the risks and start over,” Hamilton says. “It changed the arc of her career and life.”

In the years since that night in Dallas, Tina has written at length about his her devotion to Buddhism — a practice she first engaged in secretly because Ike disapproved of it, equating her chanting to witchery — and how it helped her move on from her past.

“Gradually, I felt I was getting in sync, in rhythm with life on the deepest level,” Tina writes in her her 2020 book Happiness Becomes You. “The more I chanted, the more I felt my true self, my inner Buddha nature, awakening. My life condition kept rising and I developed a newfound feeling of detachment around my husband. I became so strong inside that eventually our conflicts began to feel like a game, like some sort of karmic test… Slowly but surely, I increased my Buddhist practice over the next couple of years. I became stronger — so strong that, in the summer of 1976, I finally found the courage to run away from Ike, to escape from the unhealthy domestic situation I had been trapped in for so long, and I filed for divorce.”

These days, the singer, author and now philosopher is also a member and advocate for Soka Gakkai International, an organization that organizes chanting practices and reflections on Nichiren Buddhism across the globe, and boasts “the most diverse Buddhist community across the U.S.” per their website. The SGI USA Dallas branch operates out of Frisco at The Dallas Buddhist Center, which is open to the public daily.

In her her 2020 book, Tina further explains that the Buddhist concept of “changing poison into medicine” is what inspired her to turn her negative experiences into a positive — a message that, hopefully, can help others along their own path to a happier life.

Lest we forget, all journeys starts with a first step.

For the world-renowned Tina Turner, that step came 45 years ago right here in Dallas.